Trending
You are at:Home»Facts»Adaptogenic effects of Rhodiola 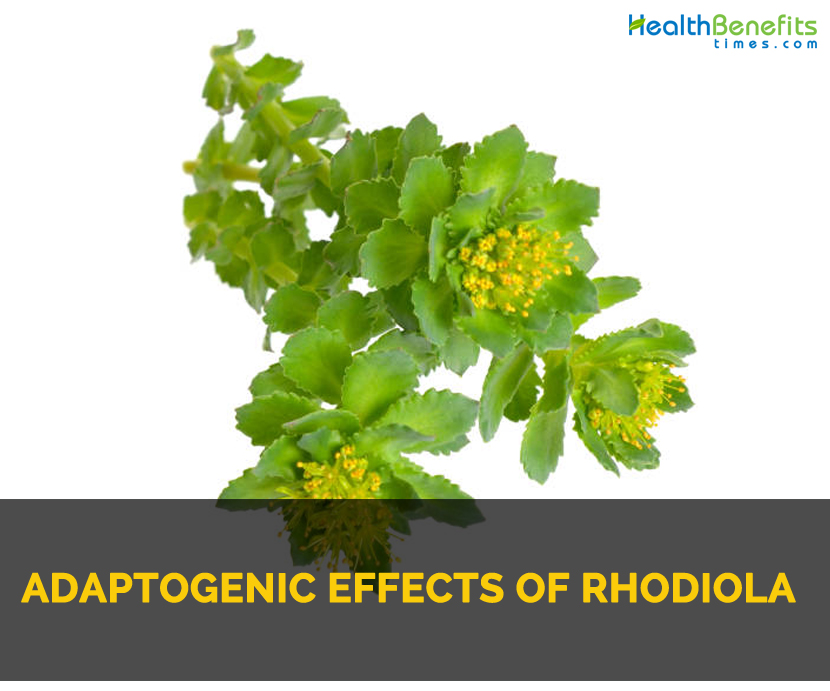 Like all adaptogens (American Ginseng, Ashwagandha, Asian Ginseng, Cordyceps, Eleuthero, Rhaponticum, Schisandra and Shilajit), Rhodiola has effects on the endocrine, nervous, and immune systems and it helps balance blood sugar levels, decreases symptoms of Parkinson’s disease, reduces muscle stiffness and spasms, and enhances male and female reproductive function. In men, it improves erectile dysfunction, and in women it relieves amenorrhea and infertility caused by minor hormonal imbalances or stress.

An excellent review of the use of rhodiola was printed in HerbalGram, a publication of the American Botanical Council. The authors (Brown, Gerbarg, and Ramazanov 2002) noted that since 1960, more than 180 studies on the uses, chemistry, and pharmacology of this herb have been published. A major reason that this plant was little known in the West until the last thirty years is that almost all of these studies were written in Russian, Swedish, German, or Chinese. Only in the last three decades have any of these studies been translated into English, thus making them available to Western researchers and clinicians.

The plant has been an official, accepted medicine in the Soviet (now Russian) pharmacopoeia since 1969, where it is listed as an adaptogen, nervous system tonic, and antidepressant. Rhodiola has been used in the traditional medicine of Russia, Sweden, Norway, Germany, and Iceland.

Rhodiola is a stimulating adaptogen (only red ginseng is more stimulating) but not a nourishing one. It has significant benefits for the nervous system, and it has been shown to enhance alertness, reduce fatigue, improve memory, and relieve depression.

I regularly use rhodiola for people with deficient (asthenic) depression or stagnant depression, for altitude sickness (used with cordyceps, reishi, and holy basil), and for adult attention deficit hyperactivity disorder (ADHD) as well as to help people recover from head trauma injury. For head trauma injuries, I combine it with gotu kola, bacopa, white peony, standardized ginkgo extract, holy basil, or Chinese polygala.

Rhodiola also can act to prevent or treat immune depletion caused by overwork, excessive physical training, chemotherapy, or radiation therapy. In animal studies, it protected cells and organs against chemical and radiation damage.

In both animal and human studies, rhodiola has been shown to offer substantial benefits for the heart. It was able to prevent stress-induced heart damage and arrhythmias and improve the strength of the heart muscle.

Because of its broad-reaching benefits, I believe that using rhodiola as a part of a clinical protocol for people with early-stage Alzheimer’s disease, fibromyalgia, chronic fatigue immune deficiency syndrome, diabetes, or mild cases of congestive heart failure may be a good choice.

Location/Cultivation: Rhodiola is native to the northern circum polar regions of Canada, Scandinavia, and Siberia. It also is found at higher elevations in the Alps, Pyrenees, and Carpathian Mountains in Europe. It now is being cultivated in Canada, Finland, Sweden, and Russia. It prefers dry, sandy soil, cool temperatures, and full sun.

Safety Rating: Generally safe. Use as recommended; do not exceed dose or suggested length of time for use.

Rhodiola has a long history of use in Tibet, Siberia, and Scandinavia. In Tibetan medicine, it is used to nourish the lungs and treat respiratory problems such as coughing up blood and pneumonia. It also is used to lower fevers, improve blood circulation, and enhance energy. The fleshy leaves of a related species, Rhodiola wallichiana, are used in Nepal as a poultice for wounds and burns.

Chinese emperors, who were always looking for the secret to long life and immortality, sent expeditions into Siberia to collect and bring back the plant. Siberians secretly transported the herb down ancient trails to the Caucasus Mountains, where it was traded for Georgian wines, fruits, garlic, and honey.

In Siberia, rhodiola was taken regularly, especially during the cold and wet winters, to prevent sickness. In Mongolia, it was used for the treatment of tuberculosis and cancer. In mountain villages of Siberia, a bouquet of rhodiola roots still is given to couples prior to marriage to enhance fertility and assure the birth of healthy children.

Rhodiola was first noted in the West by Dioscorides, the famous Greek physician. In his classic text, De Materia Medica (77 CE), he noted that it grew in mountainous Macedonia and that the root had a distinct, fragrant, roselike odor. Linnaeus, the father of modern botany, gave this plant its official Western botanical name, Rhodiola rosea. In his book, Materia Medica (1749), he mentioned that the herb grew in the Alps and in Lapland. He said that it was a styptic and astringent that was used for people with hernias, leukorrhea (vaginal discharge), dysentery, hysteria, and headaches.

Rhodiola was popular with the ancient Vikings, who used it to enhance mental and physical endurance, and it was included in the first Swedish pharmacopoeia in 1755.

Several other species from the Rhodiola genus are used in TCM and Tibetan medicine, including R. crenulata, R. algida, R. imbricata, R. kirilowii, R. sacra, and R. sachalinensis. None of these other species contain the active constituents known as rosavins (although they do contain salidrosides and p-tyrosol). Some of these other species have been tested in animal and in vitro studies and found to have radioprotective, hepatoprotective, neuroprotective, anti-inflammatory, antioxidant, and possibly immune amphoteric effects. It should also be noted that a great deal of the rhodiola in the American marketplace sold as Rhodiola rosea is actually the Chinese species, Rhodiola crenulata, which does not have the same level of activity as R. rosea.

Decoction: Take 1–2 tsp. of the cut/sifted dried root in 8–10 oz. of water. Simmer for 15 minutes, then steep, covered, for an additional 45 minutes. Take one to two cups per day.

Capsules: Capsulated products are usually standardized to 3 to 5 percent rosavins and 1 percent salidroside. Take two to four per day.

Safety Issues: Avoid using rhodiola in people who have bipolar disorder or manic episodes, as it can worsen them. It can also cause insomnia in sensitive people, and it is very drying and can cause or exacerbate dry coughs, dry constipation, vaginal dryness, and dry eyes or skin.