Trending
You are at:Home»Facts»Addiction and the Body 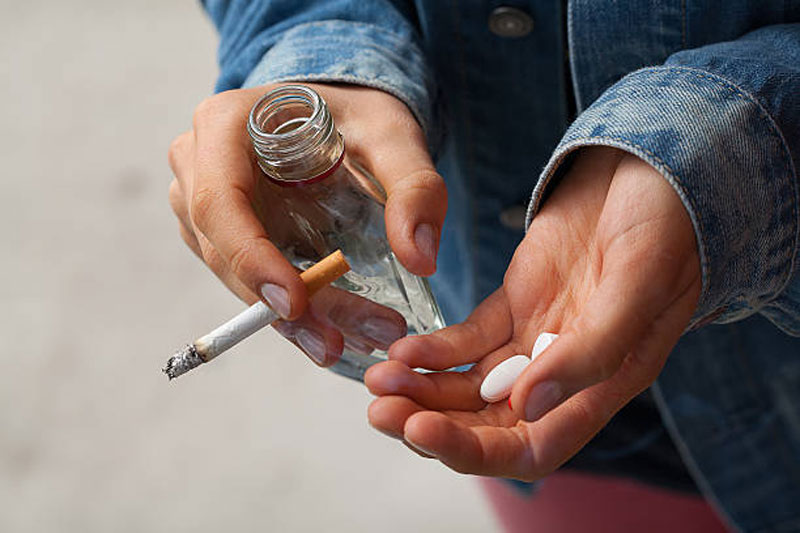 Addiction and drug abuse can have wide–ranging effects on almost every one of your body’s systems. They can have short term effects and long-term effects depending on a range of factors, such as the drug used, how long the drug abuse has lasted, and the underlying health of the individual using the drug. In this post, we look at some of the core physical and psychological issues that are correlated with drug abuse. We will also consider how supportive treatment can facilitate recovery and a reversal of some of these damages.

Addiction is defined as being “a chronic, relapsing brain disease that is characterized by compulsive drug seeking and use, despite harmful consequences” by the National Institute of Drug Abuse (NIDA). Addiction is described as a disease because it is a condition that changes the way an organ functions – the brain. Another important thing to note about the definition is the use of the term chronic. This term means that a disease is long-lasting and cannot be cured. However, chronic diseases can be managed and recovery is possible with the right support.

More than 22 million people are estimated to be addicted to alcohol and drugs other than tobacco in the United States. In addition, tobacco smokers total close to 40 million. Although there may be some crossover in these statistics, they highlight that a minimum of 20% of the US population meets the definition.

What are the physical dangers of drug abuse and addiction?

The physical dangers of drug abuse will vary depending on the type of drug being used and abused. Moreover, even the same drug can have different effects when snorted, smoked, swallowed or injected. The most addictive drugs are those that activate the brain’s reward center the most with dopamine. Dopamine makes us feel good and tells us to keep doing the thing that made us feel that way.

When dopamine is released during exercise, this is obviously okay, but when it is released as a result of addiction, it tends to be extreme, leading to a rewiring of the brain. For example, drugs can encourage extreme releases of dopamine which causes the brain to assume it has produced too much. In response, the brain reduces dopamine production, contributing to the physical desire for the substance responsible for the extreme dopamine high.

This highlights the physical nature of addiction when it comes to the brain. However, people suffering from substance use disorders are also more likely to experience a wide variety of additional health issues. They can also worsen existing health problems including various cancers, diabetes, heart disease, lung disease, liver function, and infectious diseases, for example:

As you can see, people suffering with drug addictions are at risk of a range of co-occurring health problems. Equally, prior conditions can make someone more susceptible to addiction. When conditions co-occur, they can also worsen the effects of the other causing a negative spiral of behavior and poorer physical health outcomes.

What are the psychological dangers of drug abuse and addiction?

People taking drugs may experience short-term symptoms of mental health issues depending on their reaction to a drug. Common short term symptoms are things like delusions and paranoia. Where these issues are sustained beyond the effect of the drugs, this can indicate underlying issues with mental health.

Substance abuse and mental health issues are closely related. Indeed, people suffering from substance addiction disorders are twice as likely to experience some form of mental health issue in comparison to people in the general population. The relationship is not necessarily or always causal. However, there is a connection between the two.

Around 50% of people with severe mental disorders are estimated to suffer from substance abuse. For people addicted to alcohol, up to 40% are expected to have at least one severe mental illness. For drug abusers, the figure rises to 53%. These statistics serve to highlight that the relationship can go both ways:

In each case, genetics, biology and the environment people grow up in are also related factors. As an example, depression can be triggered by drug addiction. However, it can stem from someone’s personal situation or, in certain cases, have a genetic component. Therefore, it is clear that substance abuse and addiction, on the one hand, are both affected by and influence mental health disorders on the other.

It is difficult to recover from addiction and additional physical or mental conditions can make things even more challenging. However, recovery is possible with the right rehabilitation program. Recovery necessarily involves some form of detox from the abusing substance. Fortunately, when detoxing, the brain’s pathways can often be restored to their normal way of functioning in a noticeable way for the sufferer of the addiction.

It is important to remember that any recovery from addiction takes time and effort.  It is also not uncommon for there to be the need for medical intervention. Where addiction co-occurs with mental or physical illness, a dual diagnosis can make it easier to find the right rehab program. Any program of rehabilitation will likely include a variety of strategies to help participants learn how to control their behavior whilst treating their addiction. It will look at your treatment options and they will agree a treatment plan with you.

The faster an addict gets support, the quicker they are likely to recover. However, everyone is different and recovery will take as long as it takes. Finding the right support gives you the best chance of recovery.