Trending
You are at:Home»Facts»Carrageenan uses and side effects 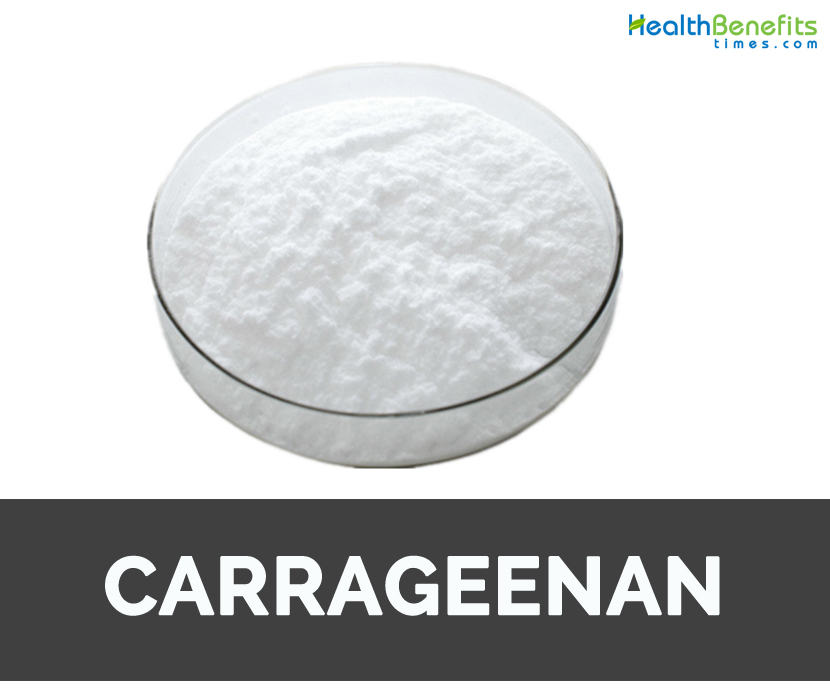 Carrageenan is extracted from specific seaweeds processed with alkali into natural food ingredient used widely. Instead of using alkali when processed with acid, it is downgraded to low molecular weight and is known as poligeenan and degraded carrageenan. Carrageenan is an additive which is used to emulsify  and preserve foods or drinks. It is a natural ingredient which occurs from red seaweed also known to be Irish moss. This ingredient is found in meat products, nut milks and yogurt.

Since late 1960s, controversies enclosed the health effects of carrageenan. Evidence shows that carrageenan produce inflammation, gastrointestinal ulcerations and devastate digestive system. It is widely used in food industry for thickening, gelling and stabilizing properties. It is mostly applied to meat and dairy products as it strong bind to food proteins. It is an alternative to gelatin for vegetarian and vegan and also used instead of gelatin in confectionery. Archaeologists have shown that humans have been using seaweed such as Chondrus crispus for 14000 years. The medicinal benefits have been shown in China traced back to 600 BC. Around 400 BC, it was used as a source of food.

The name carrageenan is derived from Carrigan head, a cape near Northern Ireland. In 19th century, Irish believed carrageenan cure sick calves with flu, human colds and congestion. Initially, seaweed is harvested and laid to dry. It is washed and boiled before added to tonics, flans and beer. Similar to gelatin, carrageenan is a vital ingredient in Blancmange and Irish pudding. Still it is made in Ireland and whole pieces of dried red seaweed could be purchased in local markets.

Carrageenan was used from early as 1810 which is recommended for treating respiratory problems. The specific name of this red seaweed is Chondrus Crispus. Then this ingredient got spread to other countries such as New England and States. It is widely used in food we eat, the processed ones. Companies use this product a potent formula for making products as it is right now over years. Probably, it is consumed right now. Carrageenan is used from longer time than expected and is harvested on bigger scale than before being Indonesia and Philippines on top.

Here we discuss the health benefits of Carrageenan:

About hundreds of millions of people in United States experience common cold each year. Study recently carried out in Austria analyzed antiviral properties related with Carrageenan. Some same properties compose Carrageenan valued as a thickener in foods and also effectively helpful when used as an ingredient in nasal sprays. Study has shown that Carrageenan gel is able to adhere directly to viruses and prevent it to hook up to nasal wall and limit its ability to propagate. Carrageenan appears to be effective for treating specific cold virus.