Trending
You are at:Home»Facts»How to talk to someone about their addiction 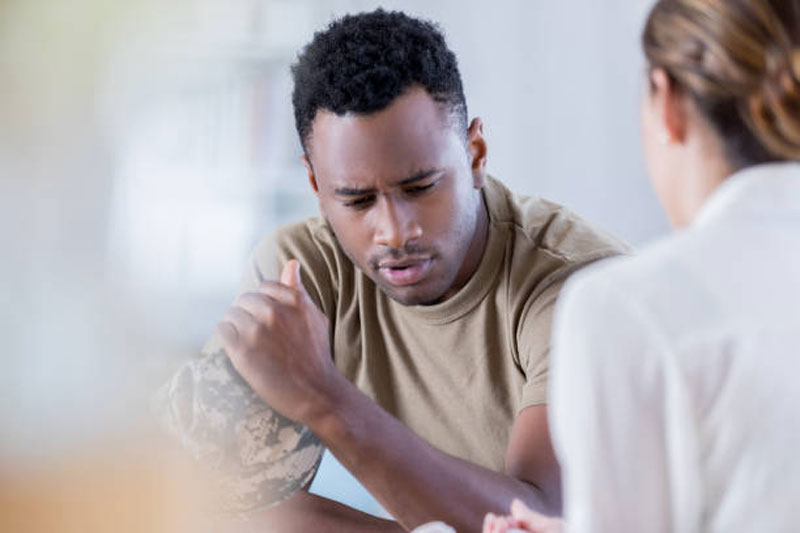 In a perfect world, holding a decent conversation with someone dear to you shouldn’t seem so much like a big deal. But in this ill-perfect world of ours, where people constantly struggle with challenges like addiction, it may come as a surprise to many that talking to someone about their own predicament may lead to situations or scenarios you never envisaged. To someone on the outside world, talking to someone you know – who’s an addict – about their own condition shouldn’t be so difficult. But in actual fact, those of us who have had to deal with friends, colleagues, or family member who was struggling with addiction understand just how difficult it can be to try and help someone climb back up to normalcy.

Regardless of how pure and positive your intentions are, it is not unusual to find your addicted friend or loved one feeling estranged, or at the very least, vexed when you try and talk to them about their own problem. The reason for this is quite obvious. Many of them find it extremely hard coming to terms with what they’re passing through, and when someone tries to talk them out of it, they feel attacked. So, what then is the best way to communicate with someone struggling with addiction without necessarily alienating them?

Listed below are some of the best tips and guides you can use to hold a peaceful and fruitful conversation with that friend of yours who’s living with addiction.

First and foremost, let me ask you this: why do you think most addicts don’t like telling people or letting people know about their addiction problems? Well, the reason is this: most of them feel as though it’s them against the world, like the society doesn’t accept them. And who can blame them, isn’t that the case? But that is not to say they don’t want help; they just want to feel accepted first. So, if you want to help them truly, you should talk to them safely, and let them feel comfortable around you. One of the biggest mistakes people make is that they act confrontational while trying to communicate with an addict. But this approach – which was formerly dubbed “the confrontational intervention” – is never always effective. In fact, if anything at all, it is the opposite form of this approach that works more. By and large, if you want to talk to a loved one suffering from addiction, always hold a safe, comfortable, and heartfelt conversation with them.

Another step in the wrong direction is taking an accusative action. When talking to someone suffering from alcohol or drug addiction, it is essential not to sound too demanding or accusative, because acts like these will not only drive them away from you, but it will also confirm their biggest fears – feeling of rejection. Most family members, friends, and loved ones of drug or alcohol addicts often say things like “You’re a drunkard,” “You reek of Arizona,” “You do drugs and now you’re not even useful anymore.” An accusative statement like this does no good to you or the person you’re trying to help. But who can blame us; many of us don’t even understand the effect of alcohol on mental illness, let alone the significance of our statements on their mental status of an addict. However, as much as we can, we should always learn not to accuse or demand too much of them. They know it already that they’re treading a wrong path; they just don’t need you rubbing it in their faces. So, if you want to help them, you need not state their problems out loud.

Did you know that most drug or alcohol addicts don’t even know the future consequences of their acts? Although they read about the negative side effects in the news, watch videos of victims suffering from these side effects, and read some sad stories online, they really don’t see themselves ending up like that. Call it a gut feeling, but that’s how strong their beliefs are – even though it’s scientifically and medically untrue. But how do you think they will feel when they hear it from someone they hold in high regard? By and large, one of the best ways to convince an addict that he or she is in dire need of help is by getting them to think about what the future holds or looks for them if they don’t desist from the acts. This approach is sometimes called the concept of “Fear of Future Worsening.”

Alternatively, you can also bring in more minds to help you talk to someone about their addiction. Although this strategy is coming last on the list, you really don’t want to underestimate its significance. More often than not, the extent of respect, love, and belief that an addict has towards someone can determine how far into their minds such a person is able to reach. If you’re able to bring in more people, including their lovers, friends, family members, colleagues, or any other person they regard highly, then such a person may find more luck than you in helping the addict break his or her addiction.