Trending
You are at:Home»Facts»Is Bug Spray Bad for the Environment 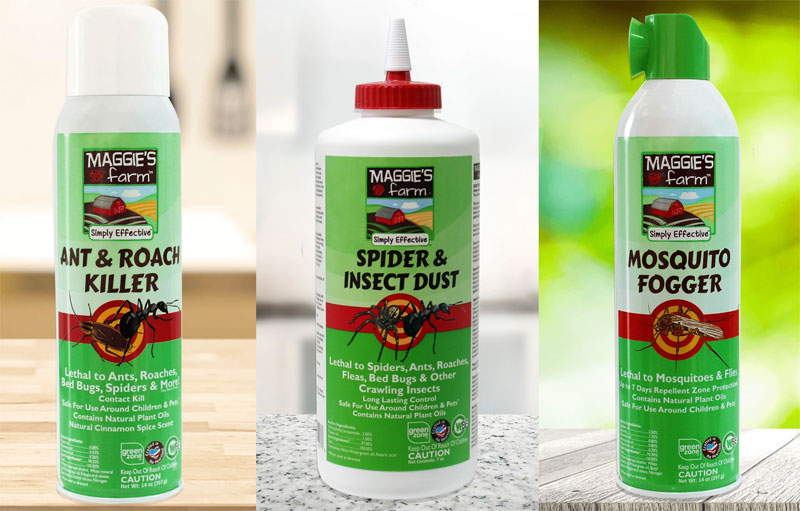 If you’re like most homeowners, when you see an invading insect force in your kitchen or living room, you immediately turn to a household bug spray to get rid of the problem. Household bug sprays are powerful and effective insecticides, using a combination of ingredients designed to immediately and completely kill insects. It can be a satisfying solution, especially if the problem has been particularly annoying or prolonged. But are these bug sprays bad for your health and the surrounding environment?

To explore this question, we’ll first look at the different types of “bug spray” that exist, and how each of them function.

So are these types of bug spray bad for the environment?

Household and Commercial Use

First, you should understand the difference between using insecticide or repellant products within your household and using them on a commercial scale. Spraying a rogue insect or two inside your home is much different than using a similar insecticidal chemical to spray many acres of land. Accordingly, the study of pesticides in agriculture is much more important than trying to change the habits of individual households. Agricultural pesticides are a complex topic; while there are many EPA-approved chemicals designed to control insect populations in various crops, these chemicals may have secondary or long-term effects on the soil, water, and secondary animal populations of a given area.

As for household products, there are a few negative effects that we know about. For example, most chemical-based insecticide ingredients have detrimental effects on all forms of life. If a mouse, rat, or other small animal comes in contact with pyrethoids, they may suffer from convulsions and other neurological effects. If a human comes in contact with pyrethoids, they may experience dizziness. It’s also not certain whether there are long-term neurological consequences to this exposure.

Multiple studies have also questioned whether DEET, a central ingredient in most repellant products, is safe for humans and other animals. One study from 2009 found that DEET can interfere with the functionality of certain enzymes necessary for the nervous system. However, more research is needed.

Any chemical product that affects any portion of the animal population can be harmful to the environment if it makes its way into the ecosystem. For example, if a can of chemical-laden bug spray bursts and leeches its way into the soil, or worse, a source of water, it can affect populations of insects, fish, birds, and a host of other organisms in the area. This can be problematic both short-term and long-term. Fortunately, most household uses keep these products contained.

Of course, these problems are practically nonexistent when using natural alternative products. Ingredients like rosemary oil and cinnamon oil have a negligible effect on the environment.

Some types of conventional bug spray can be harmful for the health of humans, small pets, and the surrounding environment, even if you’re using them in moderation and only in the comfort of your own home. If you’re interested in reducing your environmental impact, it’s better if you rely on a series of more natural products and strategies to control your insect problem. You can start by preventing insects from entering your home in the first place, by removing stray food items and sealing holes and gaps. After that, using a natural oil-based spray and/or a handful of traps can help you eliminate the problem.