Trending
You are at:Home»Health & Beauty»Is It Safe To Use CBD Oil During Pregnancy? 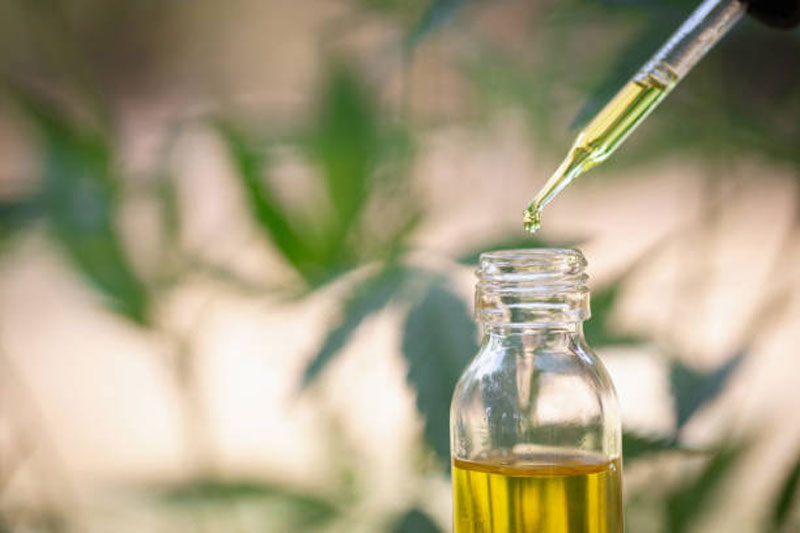 The use of marijuana for medicinal purposes has hit the news’ headlines for some time now. However, the recent onslaught of cannabidiol products with the backing of celebrities had made CBD oil a remedy that everybody wants to try. CBD oil is touted as a natural remedy for a wide range of ailments. Popular among them include muscle pain, anxiety, and nausea. These symptoms are very common among pregnant women.

Currently, CBD oil comes in different forms. For instance, you can add CBD oil drops in your coffee or tea. You can also put a few drops of this oil under your tongue. There are also CBD gummies, creams, and bath bombs. But, how safe is CBD oil for use by pregnant women?

Though different variations of cbd oils (cbd how gives useful info) have gained a wide acceptance globally, it’s important to learn about this cannabidiol before you use it, especially during pregnancy. That’s because anything that a pregnant woman consumes affects the baby.

What is CBD Oil?

Cannabidiol is extracted from the industrial hemp plant. CBD is one of the many chemicals found in the cannabis plant. Industrial hemp is a species of the cannabis plant that is rich in CBD. After extraction, the cannabidiol is diluted with edible, neutral oils to form CBD oil. CBD has been touted for its potential medicinal properties. And, unlike THC, which is known for causing the ‘high’ associated with marijuana, CBD is non-psychoactive. That means using CBD oil doesn’t make a person high.

Today, people are using CBD for varied reasons including relieving pain, nausea, depression, anxiety, and insomnia. Currently, research is ongoing to determine the effectiveness of CBD in treating more serious medical conditions like multiple sclerosis, Parkinson’s disease, epilepsy, schizophrenia, and traumatic brain injury. Nevertheless, doctors have warned people that CBD can interfere with conventional medications. It can also cause side effects like depression.

According to the American Academy of Pediatrics, women should avoid cannabis altogether during pregnancy and while breastfeeding. That’s because marijuana can affect pregnancy and the growing baby. It can also affect the development of the baby over time and the health of the mother.

Currently, researchers have not proven how CBD oil can affect the developing fetus and the body of a pregnant woman. Scientists have not conducted long-term research so far to determine what happens after some years of using CBD oil during pregnancy. That’s why professional organizations recommend against using it because it’s one of the marijuana products.

THC, one of the chemical compounds derived from marijuana, is known to interfere with the development of the brain of the baby and its function. It can also lead to lower birth weight, stillbirth, and other unwanted results. This happens even when taken in low doses during pregnancy.

CBD is not THC. It’s even considered safer. However, it still has side effects like diarrhea and tiredness. What’s more, it’s not known how CBD works. It can also affect hormones. This is a major reason to be worried if a pregnant mother uses CBD because it can interfere with pregnancy.

CBD market is largely unregulated and new. Marketers label their CBD products as pure. However, some of them may have contaminants like toxic metals, bacteria, and pesticides. All these are harmful to pregnant women. So, even if a pregnant mother uses the best CBD oil for anxiety, nausea, or any other ailment, their safety and that of the baby can’t be assured.

Researchers are trying to find out how CBD affects pregnant women, developing fetuses, and breastfeed babies. But, according to the FDA, there is a cause for serious concerns. The FDA notes that animal tests have shown that high CBD doses can affect the developing reproductive system of male fetuses. What’s more, CBD is transferred to the breastfed babies through milk. Essentially, the currently available clinical studies have shown that CBD poses the following risks to humans in general:

So far, only one prescription drug has been approved by the FDA. This is the drug for treating rare and severe children seizures disorders.

So, is CBD Oil Safe for Pregnant Women?

This may be a straightforward question but it doesn’t have a straightforward answer. It’s like asking, what does CBD do to pregnant women? No conclusive scientific research has been conducted to find this out. Therefore, it’s not known whether using CBD oil during pregnancy is or is not safe. But, many professional bodies and experts say it’s better to take caution and avoid CBD during pregnancy until scientists unearth its effects on the body and the mother.

It’s normal for pregnant women to want to take CBD oil to enjoy the potential benefits associated with it such as easing anxiety and nausea. Pregnancy can be stressful. Ignoring symptoms of depression or anxiety can put the baby and the mother at risk. That’s why CBD oil can appeal to some pregnant women, especially those wishing to avoid the side effects of conventional medication. Some pregnant women assume that CBD is natural and therefore safe for them and the baby.

However, not everything natural is safe for a pregnant woman and her baby. That’s where CBD education comes in. CBD is a drug that is yet to be proven safe or dangerous. Although conventional medications have their side effects, they have been studied more than CBD oil. Therefore, doctors that prescribe conventional medications to pregnant women know what they can expect and how to deal with it. This is not the case for CBD oil.

Pregnancy and caring for a baby bring intense experiences to most women, both physically and emotionally. Stress, depression, anxiety, and other symptoms of pregnancy can prompt women to use CBD oil when carrying babies in their wombs. That’s because some CBD oil reviews say that no side effects of this drug have been reported so far. However, pregnant women should that CBD is relatively new with no conclusive scientific studies to draw from. Most professional bodies recommend avoiding marijuana and its products altogether during pregnancy. Therefore, pregnant women should play safe and avoid CBD oil.