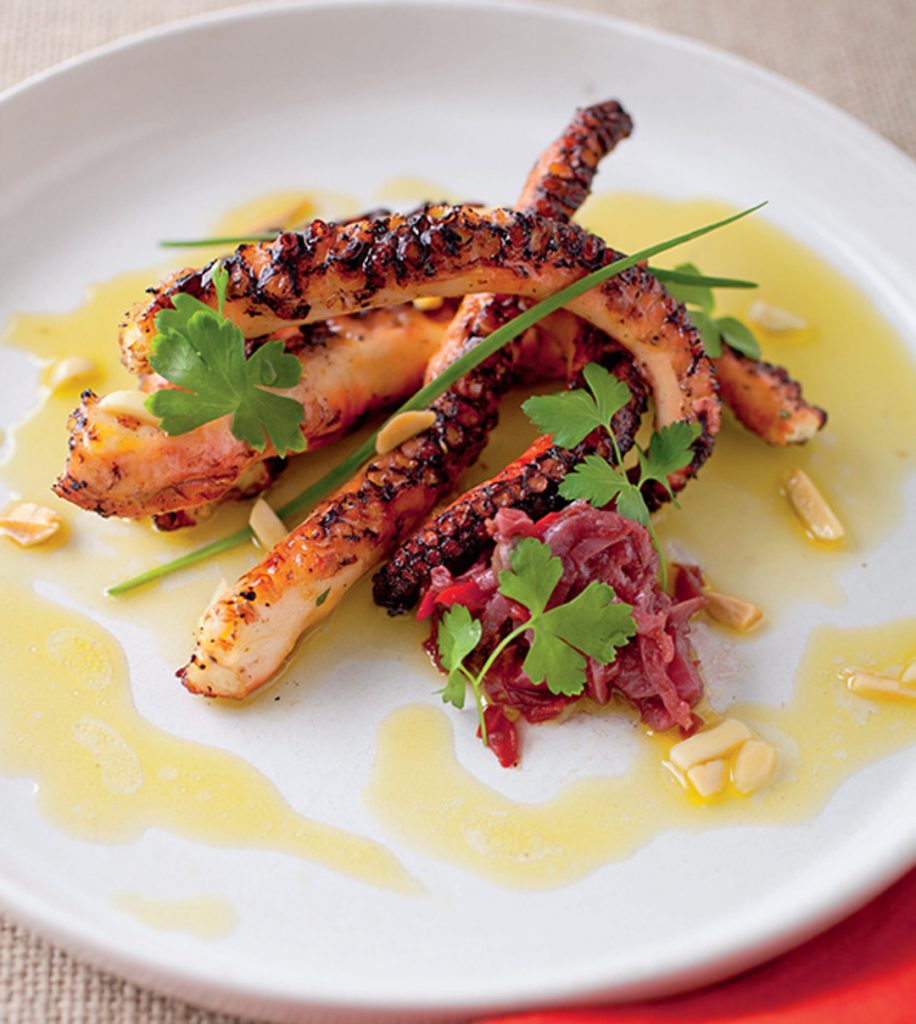 I learned this dish from Maria Loi, a Greek chef on the Upper West Side, where she runs her eponymous restaurant LOI, when we worked a charity event together. She called it by its Greek name Htapodaki Stin Schara but whenever I tried to say that mouthful, it sounded very much like a sneeze. However you say it, though, properly cooked octopus (first braised then grilled) is pure heaven. As for the sauce, ladolemono is a Greek version of the lemon and olive oil sauce you find all around the Mediterranean. Mine has mustard powder for extra oomph that might overwhelm other seafood but not a meaty, crusty octopus. It all starts with the octopus the larger the octopus, the bigger the tentacles, and the bigger the tentacles, the juicier the finished dish!

For the Ladolemono Sauce
How to Make It

To make the Sauce