Trending
You are at:Home»Healthy Recipe»Sweet potatoes with chorizo, mushrooms, and lime cream recipe 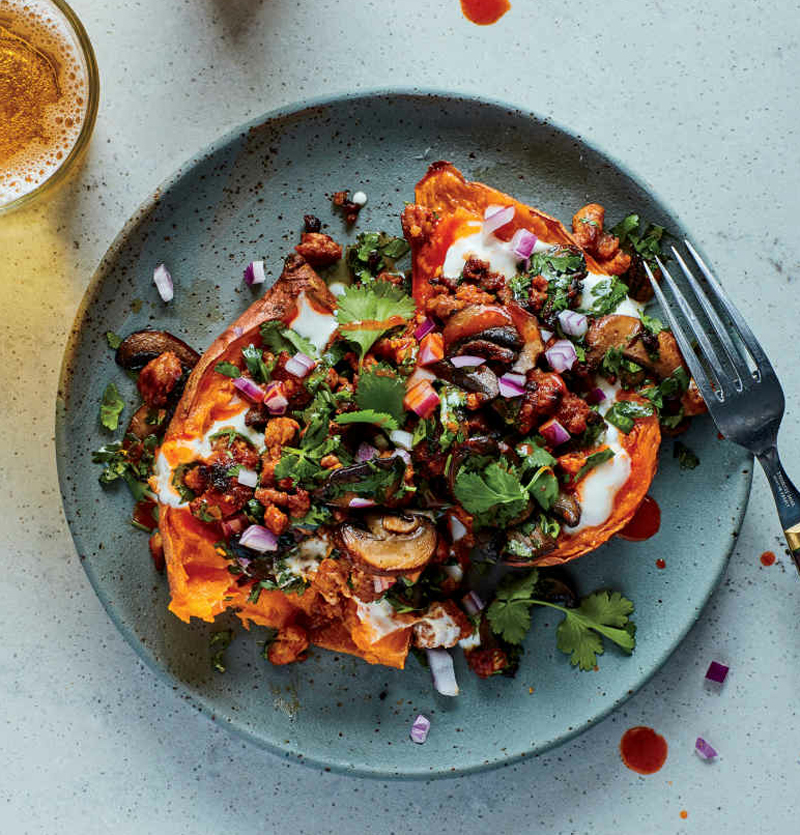 Sweet potatoes are about as perfect as nextovers get: They’re versatile; they keep well, even after being cooked; and it takes almost the same amount of effort to roast eight as it does one. Roasting sweet potato halves a method I picked up in the Epicurious test kitchen cuts down significantly on the cooking time and opens up more possibility for browned, caramelized edges.