Trending
You are at:Home»Herbs and Spices»Health benefits of African Elemi 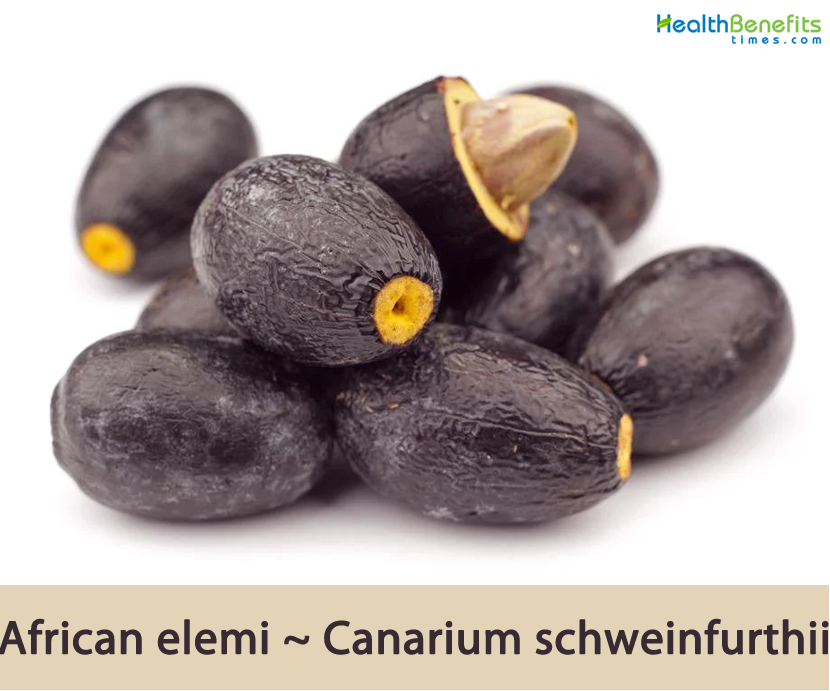 The African elemi tree is one of several sources of the economically useful oleoresin known elemi. In West Africa this resin is traditionally burned for fumigating dwellings and mixed with oil for body paint. African elemi bears edible fruit with a thick, dense, hard shell. The hard stones of its fruit are used for traditional divination among Plateau speakers in the Middle Belt of central Nigeria. African elemi oil could be extracted from the fruit. Regarded as local olive oil; this green oil could be used in cooking, as it is more nutritious and flavorful than the regular cooking oil. It can help improve the appearance of wrinkles by 20%. They contain oleic acid, which keeps the skin soft and healthy. It also helps to eliminates excessive cholesterol in the blood and protects the body against anemia.

African elemi is a large forest tree that normally grows about 40 m tall, but it can also attain 50 m or more in favorable conditions. The bole is straight and cylindrical attaining 20 m long or usually less, by 4.50 m in girth yielding a high volume of timber. The bark is thick. On young trees it is fairly smooth and is split off in Gabon to make cylindrical boxes. With age it becomes increasingly scaly and fissured. The sap-wood is whitish to about 10 cm thick. Heart-wood is light brown to pinkish, darkening on exposure to a light brown mahogany color. It is coarse, softish, even woolly, and is scented. Sawing may be difficult owing to the presence of silica, and it tends to blunt tools, but otherwise it can be worked well. It is used locally for furniture, cabinetry, mortars, planks, canoes and more or less general construction work. The tree grows well in riverine forest, forest patches, rain forest, gallery forest as well as transitional forest.

Leaves are pinnate, clustered at the end of the branches, and may be 15- 65 cm long, with 8-12 pairs of leaflets, mostly opposite, oblong, cordate at base. Leaflets are 5-20 cm long and 3-6 cm broad, with 12-24 main lateral nerves on each side of the mid-rib, prominent and pubescent beneath. The lower leaflets are bigger than the upper ones. The lower part of the petiole is winged on the upper side.

The creamy white unisexual flowers about 1 cm long grow in inflorescences that stand in the axils of the leaves and may be up to 28 cm long. The plant produced flowers during the dry season when the tree is leafless.

Fertile flowers are followed by small drupe, bluish-purple, glabrous, 3-4 cm long and 1-2 cm thick. The calyx is persistent and remains attached to the fruit. Thin dark bluish skin surrounds a 3 mm layer of flesh that is the edible portion of the fruit. The fruit contains a hard spindle-shaped, trigonous stone that eventually splits releasing 3 seeds. Fruit is similar in size to an olive but is oiler than the African pear. It has a rich, creamy pulp like the avocado. The fruit known as ube okpoko by the Igbos and atili by the Hausas is similar to ube (African pear) yet so different. 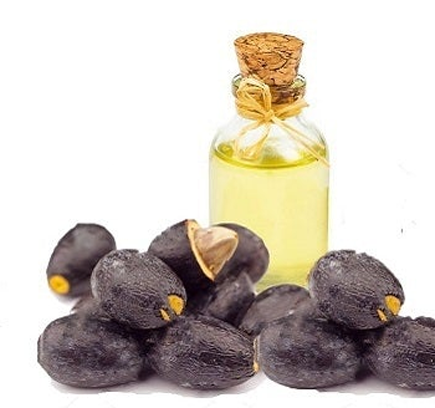 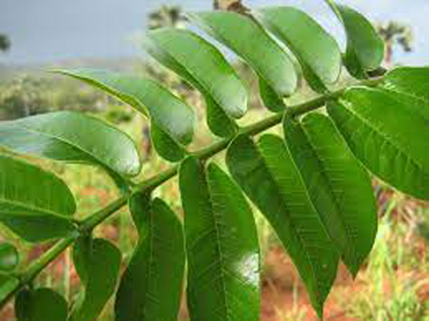 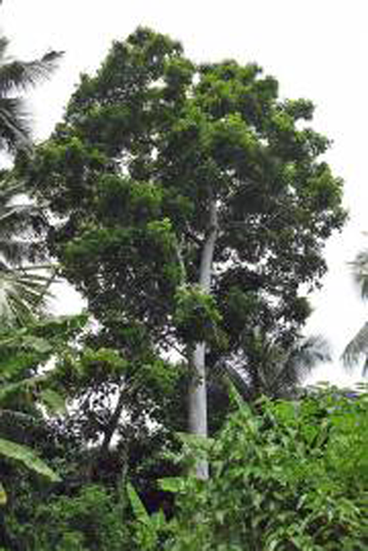 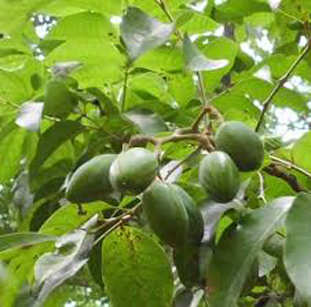 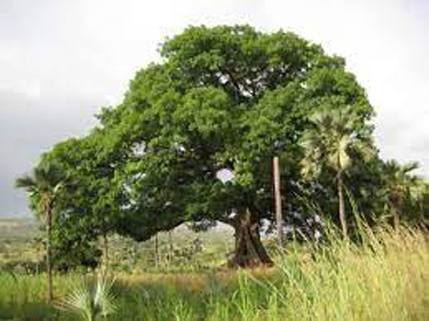 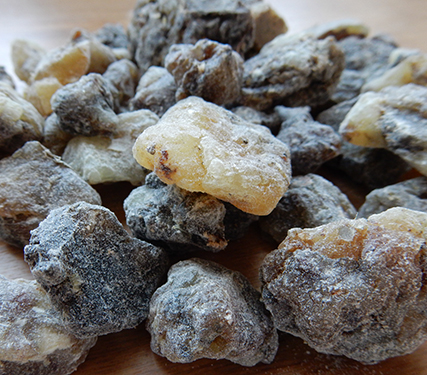 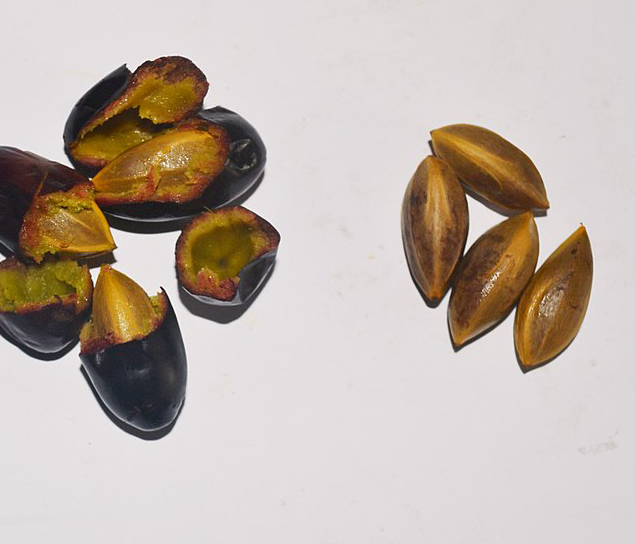 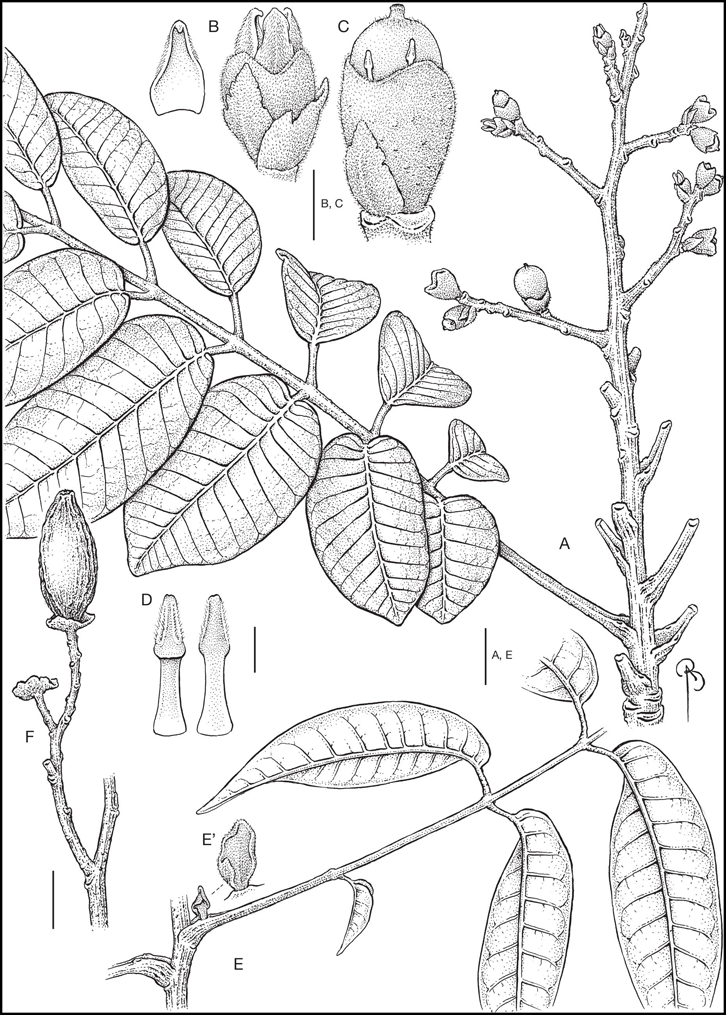 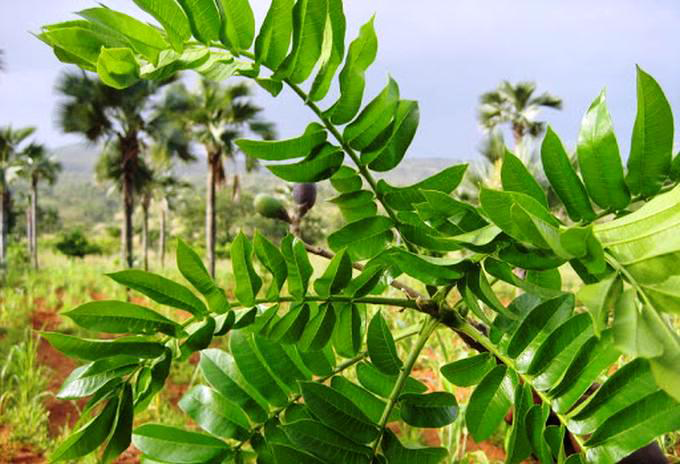 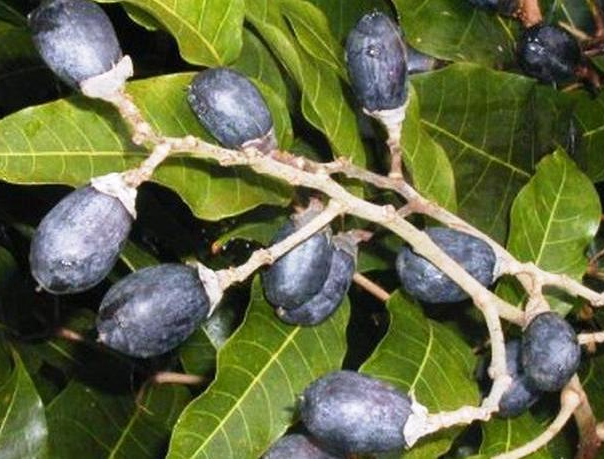 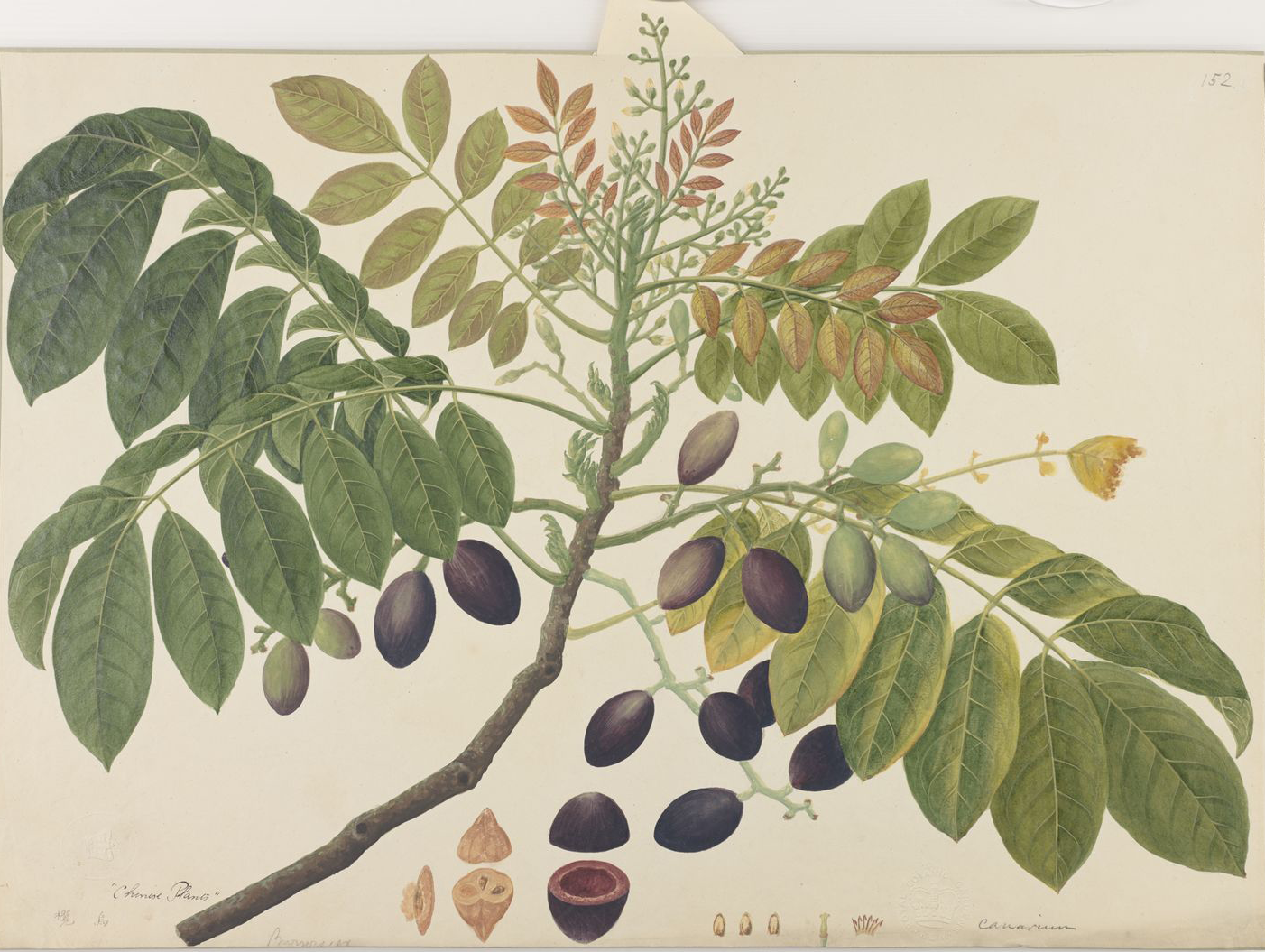 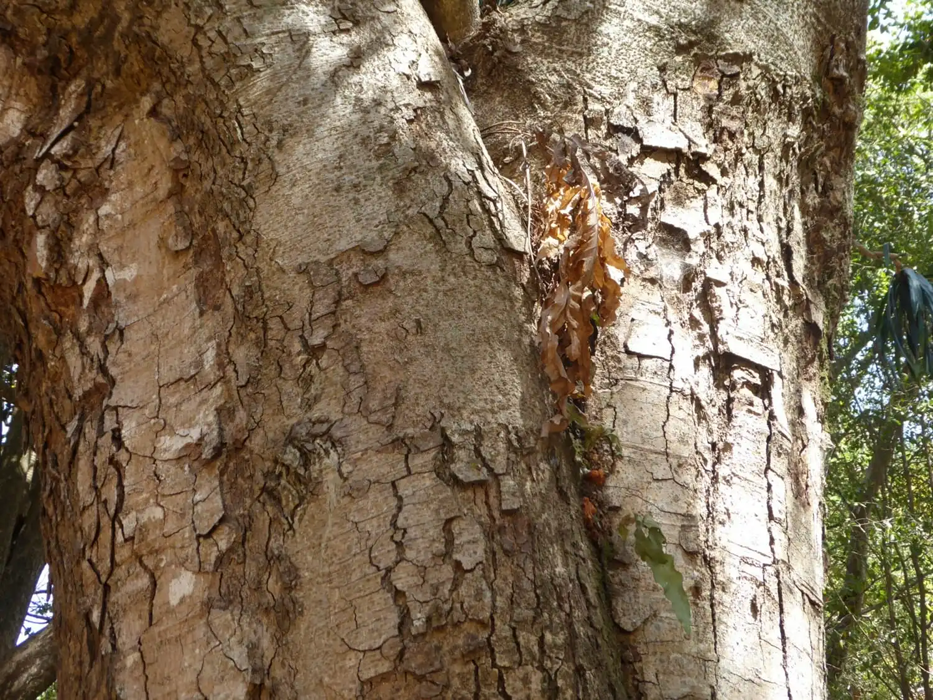 Resins collected from the elemi tree can be used for preparing herbal medicines that treat as well as fight against intestinal worms such as roundworm.

Elemi bark is purgative in nature and it can be decocted and used for treating gastrointestinal diseases such as food poisoning, constipation, stomach upset, ulcer and dysentery.

The resins serve as emollient, which is effective for treating skin infections such as eczema, skin rashes, and prickly heat.

The leaves can be squeezed and used alone or combined with other herbs for treating coughs and cold.

Elemi resin serves as an alternative for mastic used for dressing wounds.

African elemi bark can be crushed and used for treating and preventing leprosy attack.

Elemi root offers protection against adenitis, which is a disease condition caused as a result of the inflammation of a gland.

African elemi seeds can be roasted and crushed into powder form, which is mixed with ointments for treating wounds.