Trending
You are at:Home»Herbs and Spices»Health benefits of Chinese Privet 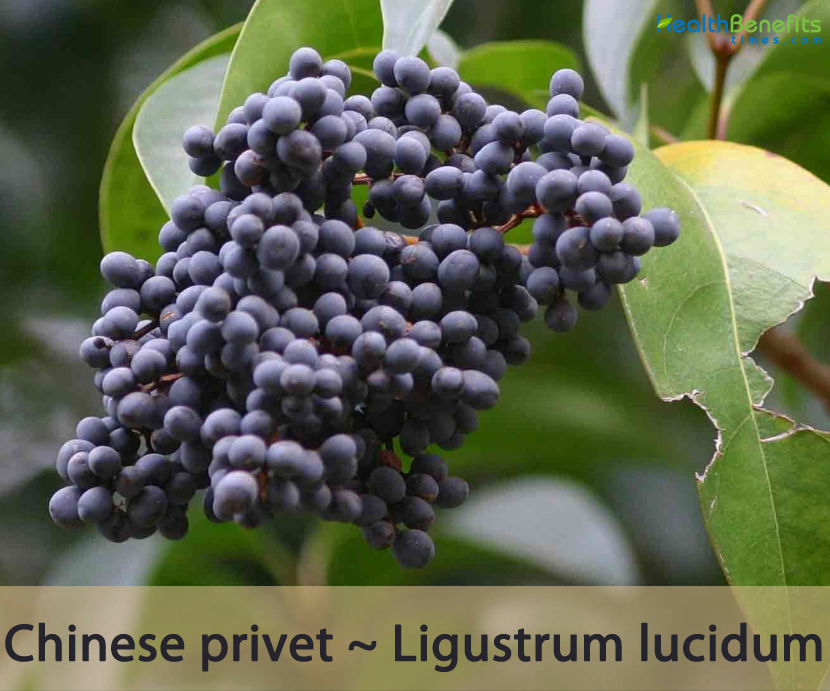 Genus name comes from the Latin word for privet. The Latin specific epithet lucidum means bright or shiny, referring to the leaves. Ligustrum lucidum is often used as an ornamental tree, occasionally in variegated forms. It is also one of several species of privet used as dense, evergreen hedges, which can be trained to a specific size and shape by regular pruning.  It has become an invasive species in some areas where it has been introduced, such as urban areas in the southeastern United States. It is classed as a noxious weed in New South Wales, Australia, and is similarly listed in New Zealand’s National Pest Plant Accord. Both leaves and fruit are poisonous to humans. It is harvested from the wild for local use as a food, medicine and source of materials.

The stems and leaves are hairless (i.e. glabrous) and the younger stems are rounded (i.e. terete) and greenish in color. Older stems and branches usually develop a relatively smooth greyish-coloued bark as they mature, which is loosely covered with small white raised structures (i.e. lenticels). However, the fruit-bearing branches often turn orange or reddish in color.

Chinese privet leaves are evergreen to semi-deciduous and are oppositely arranged (two leaves per node) along the stem on nodes that are usually less than one inch apart.  The leaves vary from egg-shaped in outline (i.e. ovate) to oval (i.e. elliptic) in shape and are borne on short stalks (i.e. petioles) 10-30 mm long. These leaves are 4-24 cm long and 2.5-8 cm wide and are hairless (i.e. glabrous), leathery in texture. Their upper surfaces are dark green and glossy in appearance, while their undersides are paler and duller (i.e. the leaves are discolors). They have entire margins, pointed tips (i.e. acute apices) and rounded (i.e. obtuse) bases. Hairs occur along the mid vein and occasionally on branch veins of the lower surfaces.

The flowers occur in numerous, cone shaped, branching clusters (panicles) two to four inches long that profusely cover the shrub when flowering. Short, slender stalk (pedicel) supports each flower. The small flowers are about 6 mm across and are white or cream in color and have four petals (2-5 mm long) that are fused at the base into a very short tube (i.e. corolla tube). They also have four tiny sepals (1.5-2 mm long) and two stamens. These flowers are borne in large branched clusters (8-25 cm long) at the tips of the branches (i.e. in terminal panicles). They are borne directly on the branches of the flower clusters or on short stalks (i.e. pedicels) 1-3 mm long (i.e. they are sessile or sub-sessile). The flowers produce a somewhat disagreeable aroma. Flowering occurs mostly during August to September.

Fertile flowers are followed by small fruit that is 5-10 mm long and 4-6 mm wide and are berry-like (actually drupes). They are initially pale green turning to bluish-black or purplish-black in color as they mature. These fruit are oval (i.e. ellipsoid) or round (i.e. globular) and each usually contains two seeds. The seeds have a ribbed surface and are about 5 mm long. Fruit are present during autumn and winter. 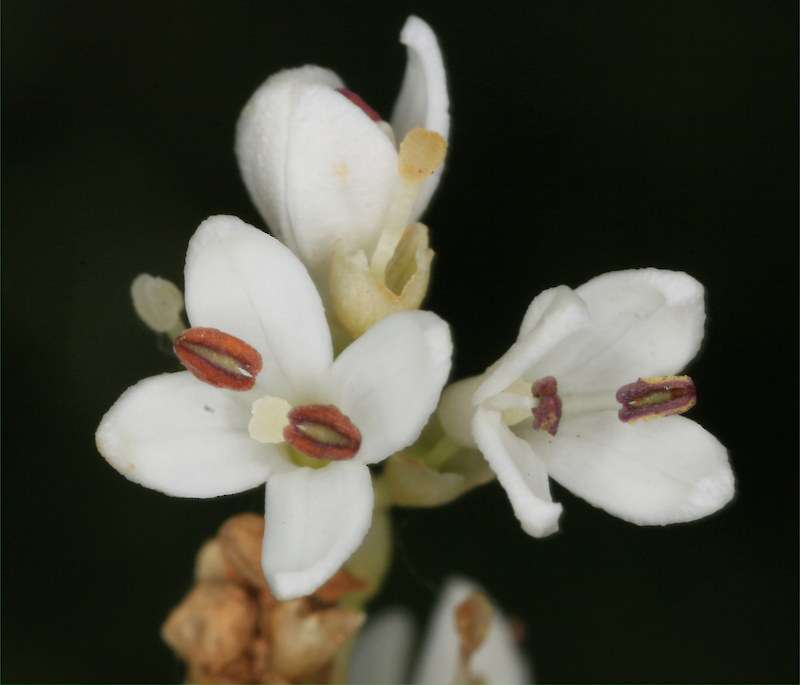 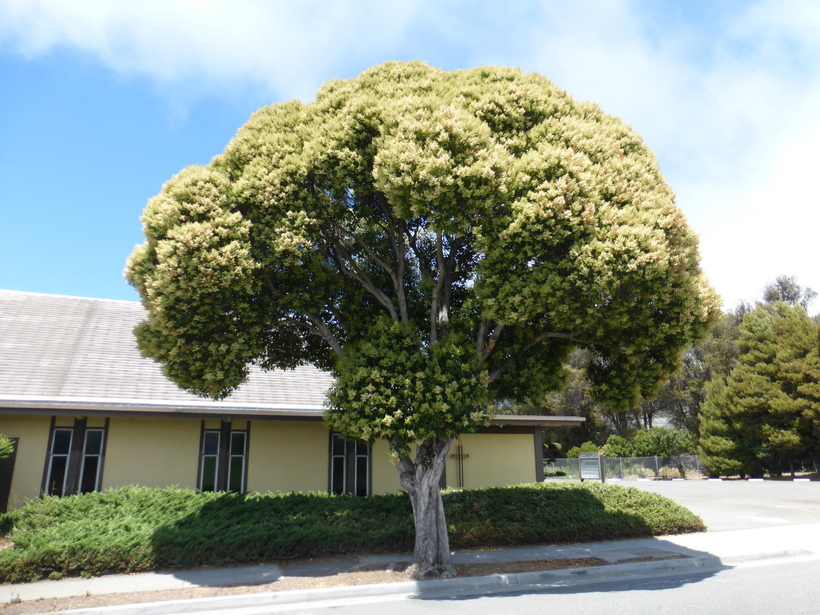 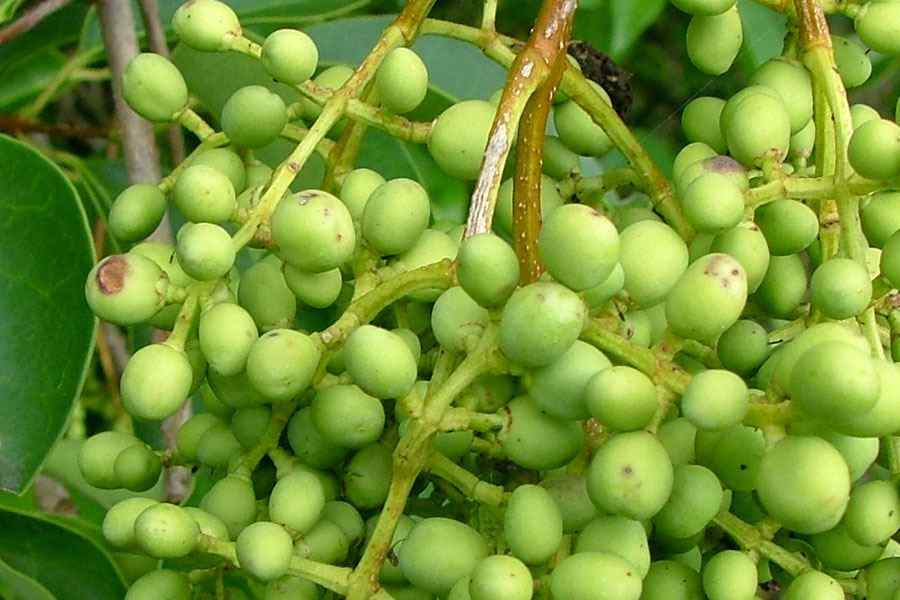 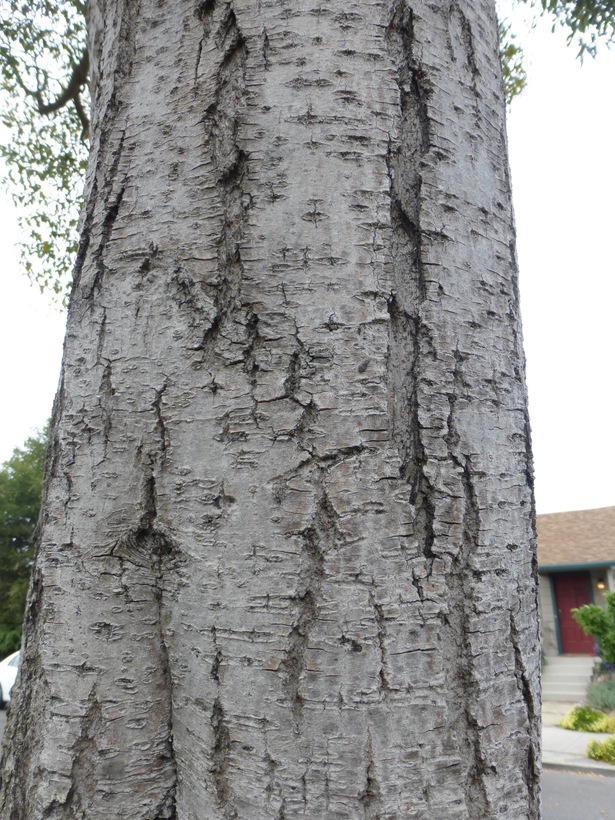 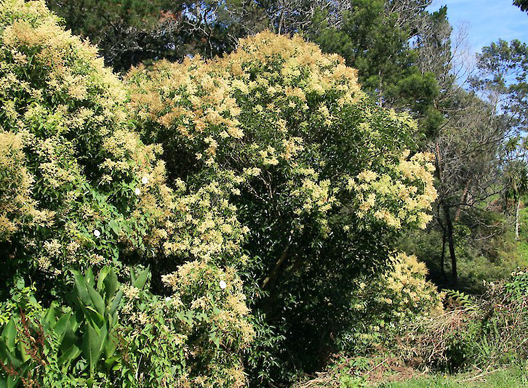 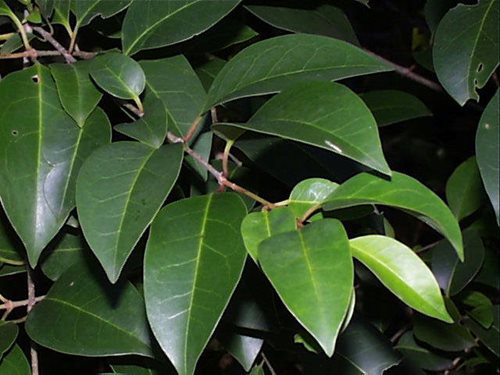 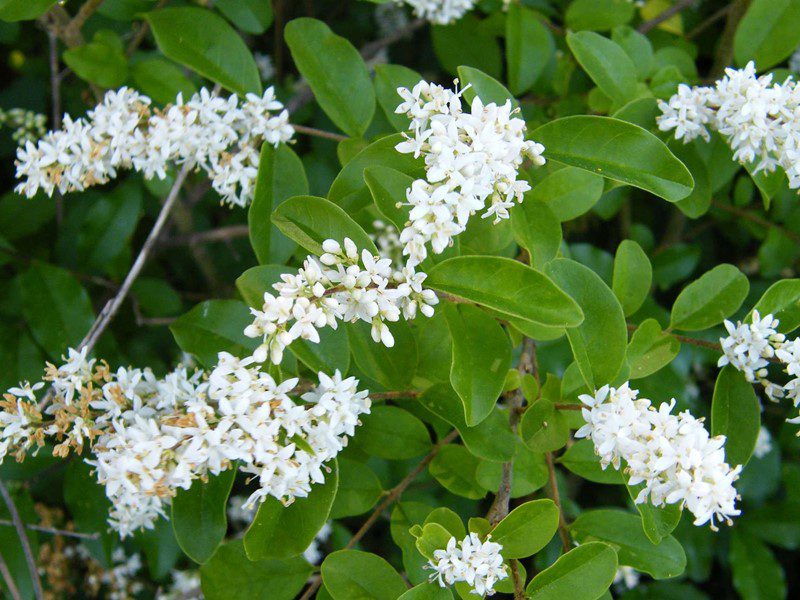 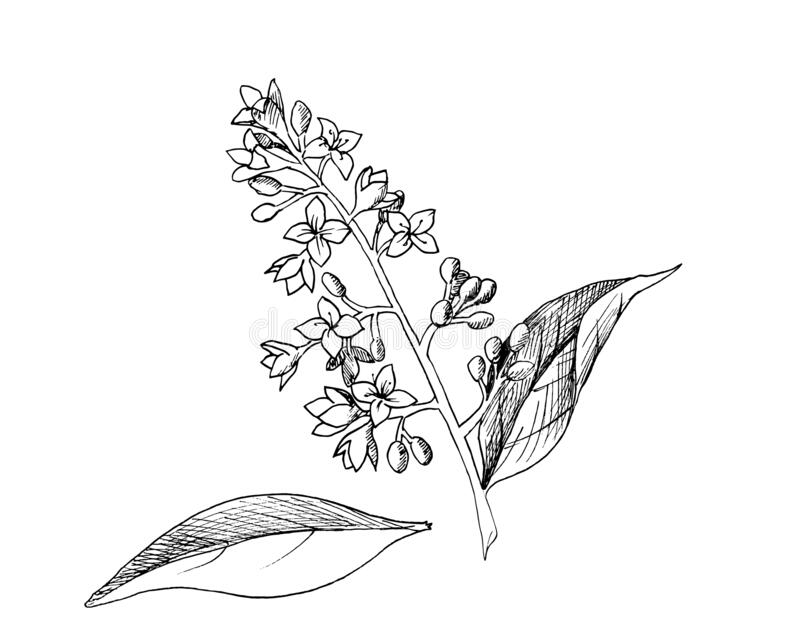 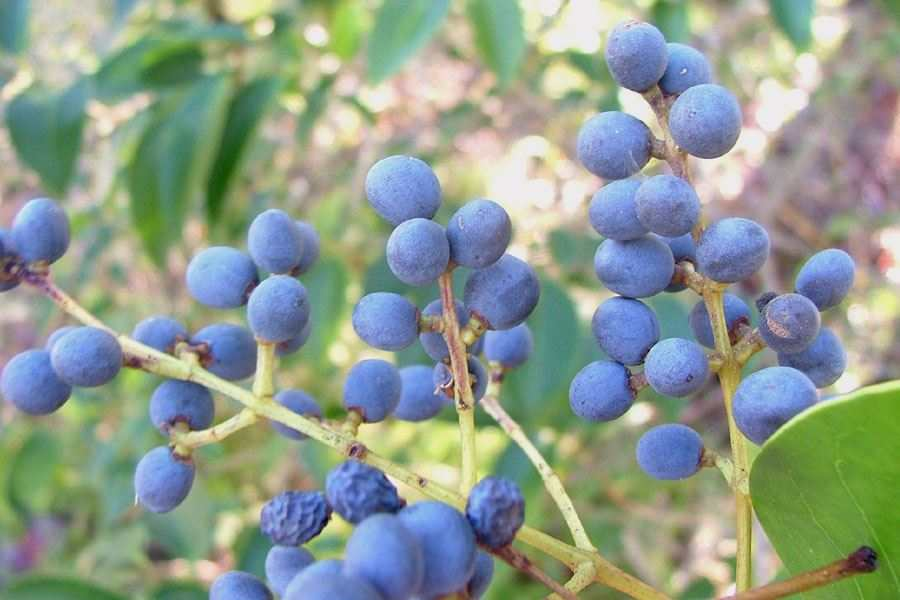 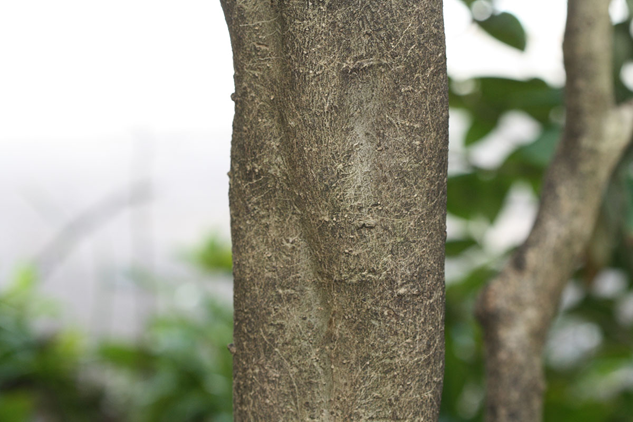 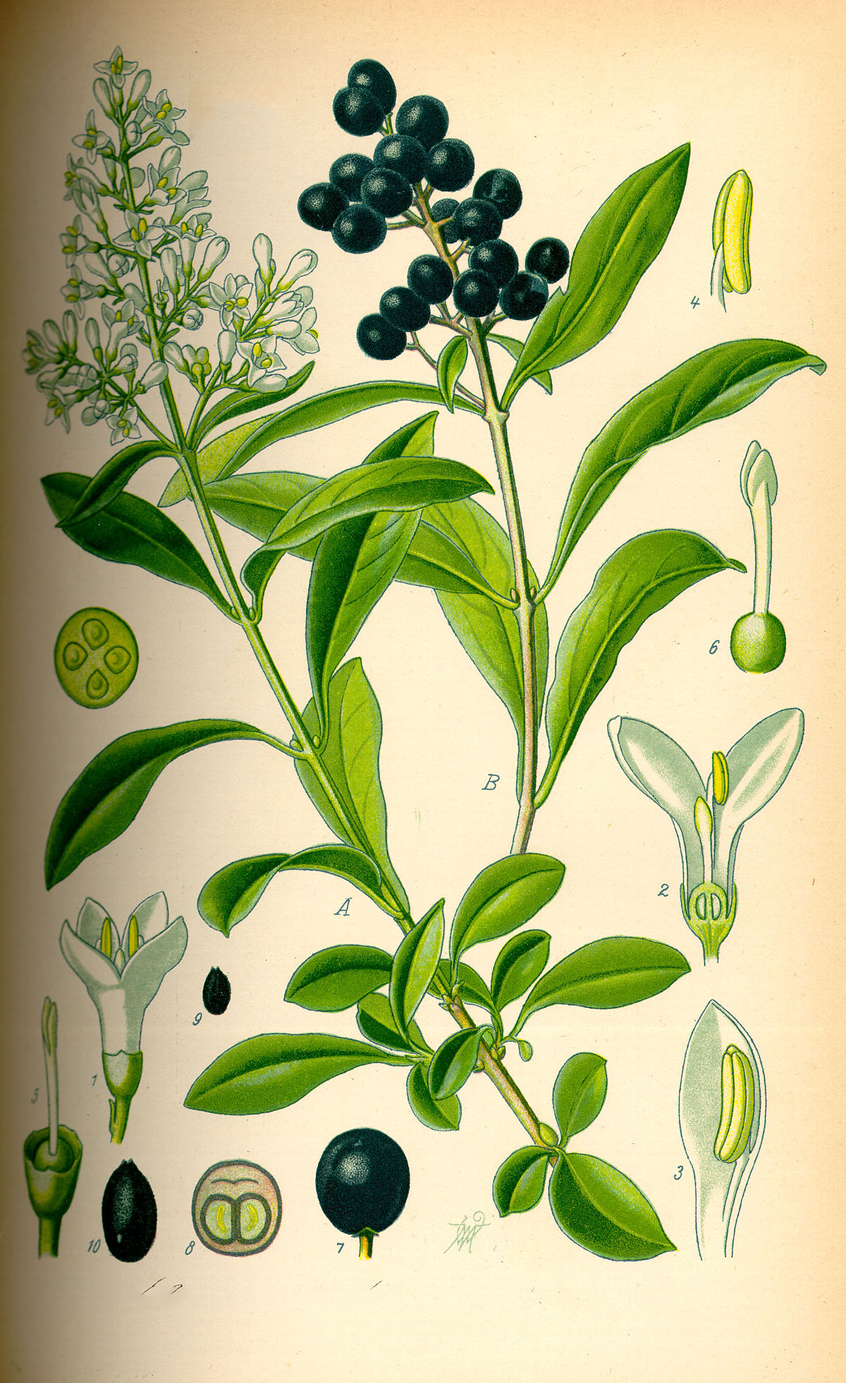 Research has concluded that certain compounds in Chinese privet extract other than lingustrin help to improve vision and prevent certain eye disorders including macular degeneration. It may also help prevent blurring of vision brought about by aging and other causative factors. Experts also say that Chinese privet extract may prevent wavering of vision, particularly among elderly individuals.

Chronic or long-term inflammation or infection caused by underlying health conditions can be treated with Chinese privet extract, according to recent research. As a potential anti-inflammatory agent, experts say that the extract may be included in medical formulations indicated for inflammatory health conditions in the years to come.

Patients who are suffering from HIV are at high risk for various infections due to the immuno suppressing effects of the microbial disease. Research has concluded that Chinese privet extract supplementation may be effective in preventing rapid spread of infection among patients with HIV.

Hands pull young seedlings and small plants. Larger plants may need to be dug out. Plants should be pulled as soon as possible, before they produce seeds. The entire root must be removed to prevent resprouting. Replace with native plants.

For smaller infestations or areas where herbicide applications are not possible mowing and cutting are appropriate. Stems should be cut as close to the ground as possible at least once per growing season. Mowing and cutting will not eradicate Ligustrum spp., but it will provide some level of management. Continuous mowing will work, but frequency is key.

Although no classical biological control agents have been developed, the non-native seed attacking Ligustrum weevil has been found in established populations.  Learn more.

Cut stump should be considered when treating individual shrubs. Immediately after cutting stems at or near ground level apply herbicide being careful to cover the entire surface. Effectiveness of the herbicide is increased if holes are cut in the top of the freshly felled stump. 25% Garlon 3A or 25% glyphosate product.