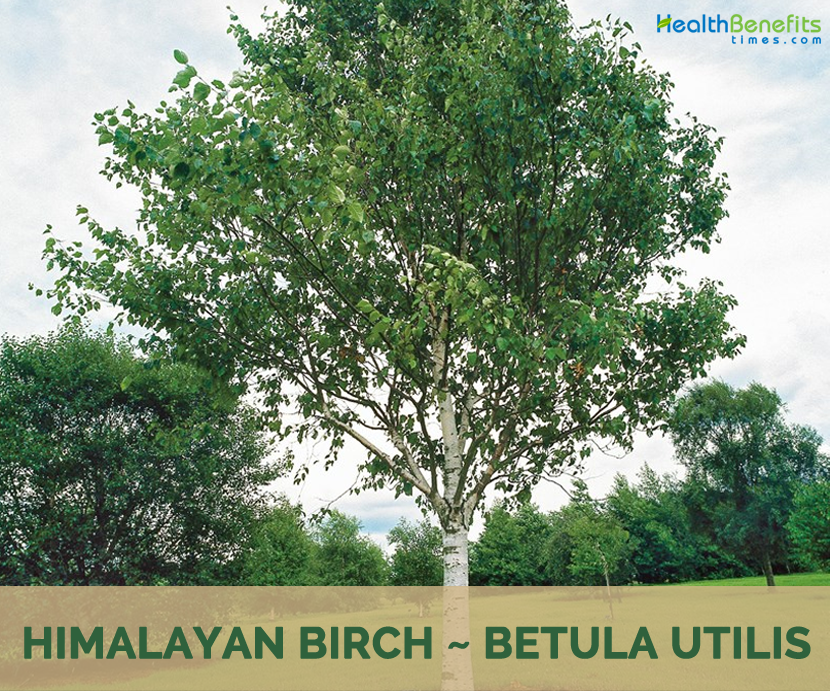 Betula utilis commonly known as Himalayan birch is a birch tree native to West Himalaya of Nepal and northern region in India growing at elevations up to 4,500 m (14,800 ft.).  The tree is a member of the Betulaceae family of trees and is also closely related to the beech and oak family. These trees can be found in temperate climes the world over and are particularly extensive throughout the Northern hemisphere. Other popular common name of the plant includes Indian Paper Birch, White barked Himalayan Birch, Jacquemontii Birch, Himalayan Birch, Himalayan silver birch and cao pi hua. Genus name is the Latin name for birch and specific epithet, utilis, refers to the many uses of the different parts of the tree.

Betula utilis was termed and named by botanist David Don in his Prodromus Florae Nepalensis (1825), from specimens collected by Nathaniel Wallich in Nepal in 1820. The white, paper-like bark of the tree was used in ancient times for writing Sanskrit scriptures and texts. It is still used as paper for the writing of sacred mantras, with the bark placed in an amulet and worn for protection. Selected varieties are used for landscaping throughout the world, even while some areas of its native habitat are being lost due to overuse of the tree for firewood.

Himalayan birch is a fast growing, deciduous tree that grows about 20 m (66 ft.) tall with an open pyramidal habit. The plant is found growing in temperate broad-leaved forests and normally prefers medium to wet, well-drained loamy, sandy or rocky, heavy clay soils and dislikes wet soils. It often grows among scattered conifers, with an undergrowth of shrubs that normally includes evergreen Rhododendron. The tree depends on moisture from snowmelt, rather than from the monsoon rains. They often have very bent growth due to the pressure of the deep winter snow in the Himalaya.

Plant has thin, papery bark which is very shiny, reddish brown, reddish white, or white, with horizontal lenticels. Bark peels off in broad, horizontal belts, making it very practical for creating even large pages for texts. Fungal growth, locally called bhurja-granthi, forms black lumps on the tree which weight up to 1 kg. The wood is very hard and heavy, and quite brittle. The heartwood is pink or light reddish brown.

Leaves are ovate, double-serrate, yellow-green to green leaves 5 to 10 cm (2.0 to 3.9 in) long, with serrated margins, and slightly hairy. During autumn, the foliage turns a glorious golden yellow just before falling and leaving with the elegant framework of pure white branches.

Bark of Himalayan birch was used centuries ago in India as paper for writing long scriptures and texts in Sanskrit and other scripts, mostly in historical Kashmir. Its use as paper for books is revealed by early Sanskrit writers Kali daas (c. 4th century CE), Sushruta (c. 3rd century CE), and Varahamihira (6th century CE). In the late 19th century, Kashmiri pandits reported all of their books were written on Himalayan birch bark until Akbar introduced paper in the 16th century. The Sanskrit word for the tree is bhûrja—sharing a similarity with other Indo-European words that provide the origin for the common name “birch”.

Bark is still used for writing sacred mantras, which are placed in an amulet and worn around the neck for protection or blessing. This practice was stated as early as the 8th or 9th century CE, in the Lakshmi Tantra, a Pancaratra text. According to legend, the bark was also used as clothing by followers of Lord Shiva.

Bark is widely used for packaging material (particularly butter), roof construction, umbrella covers, bandages, and more. Wood is used for bridge construction, and the foliage for fodder. The most widespread use is for firewood, which has caused large areas of habitat to be eliminated or reduced. Parts of the plant, including the fungal growth (bhurja-granthi) have also long been used in local traditional medicine. 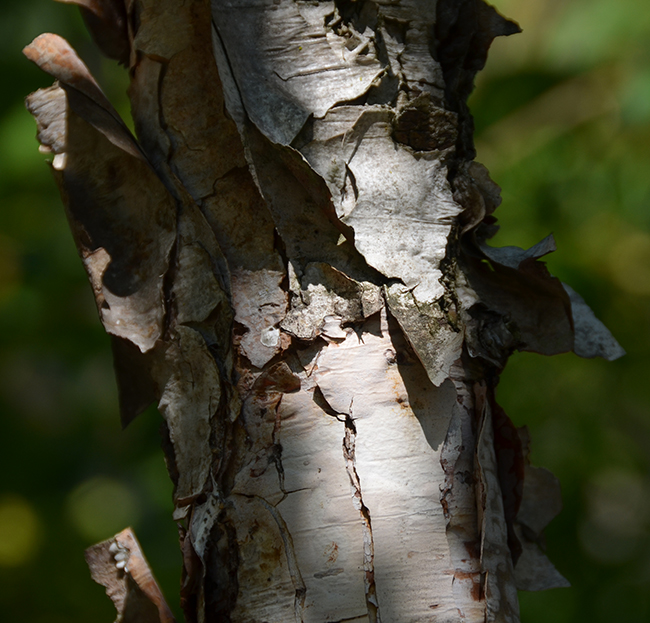 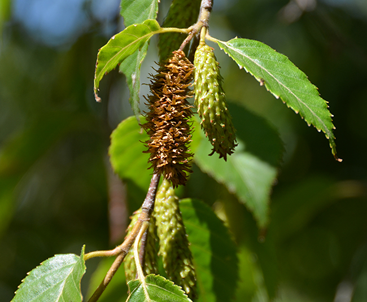 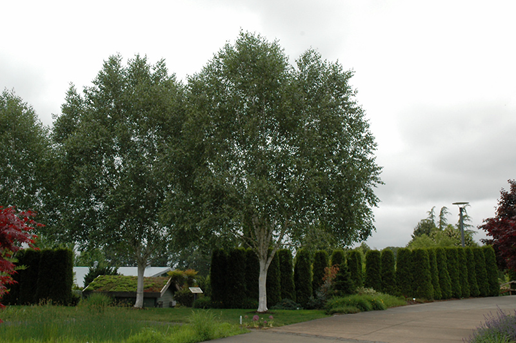 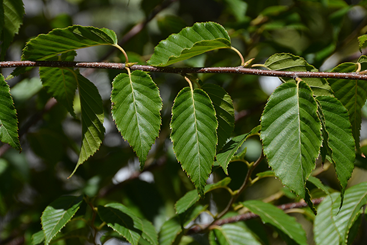 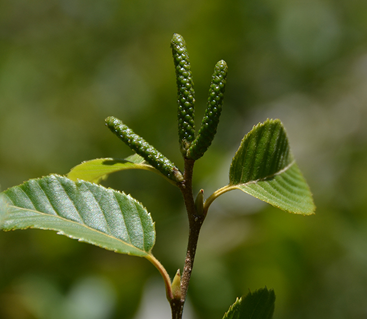 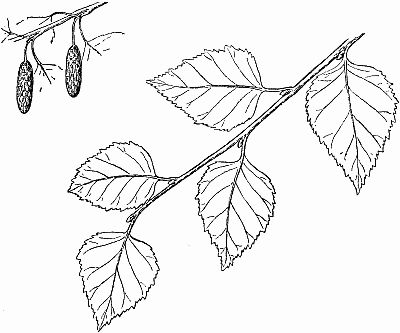 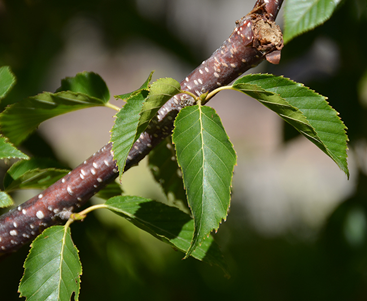 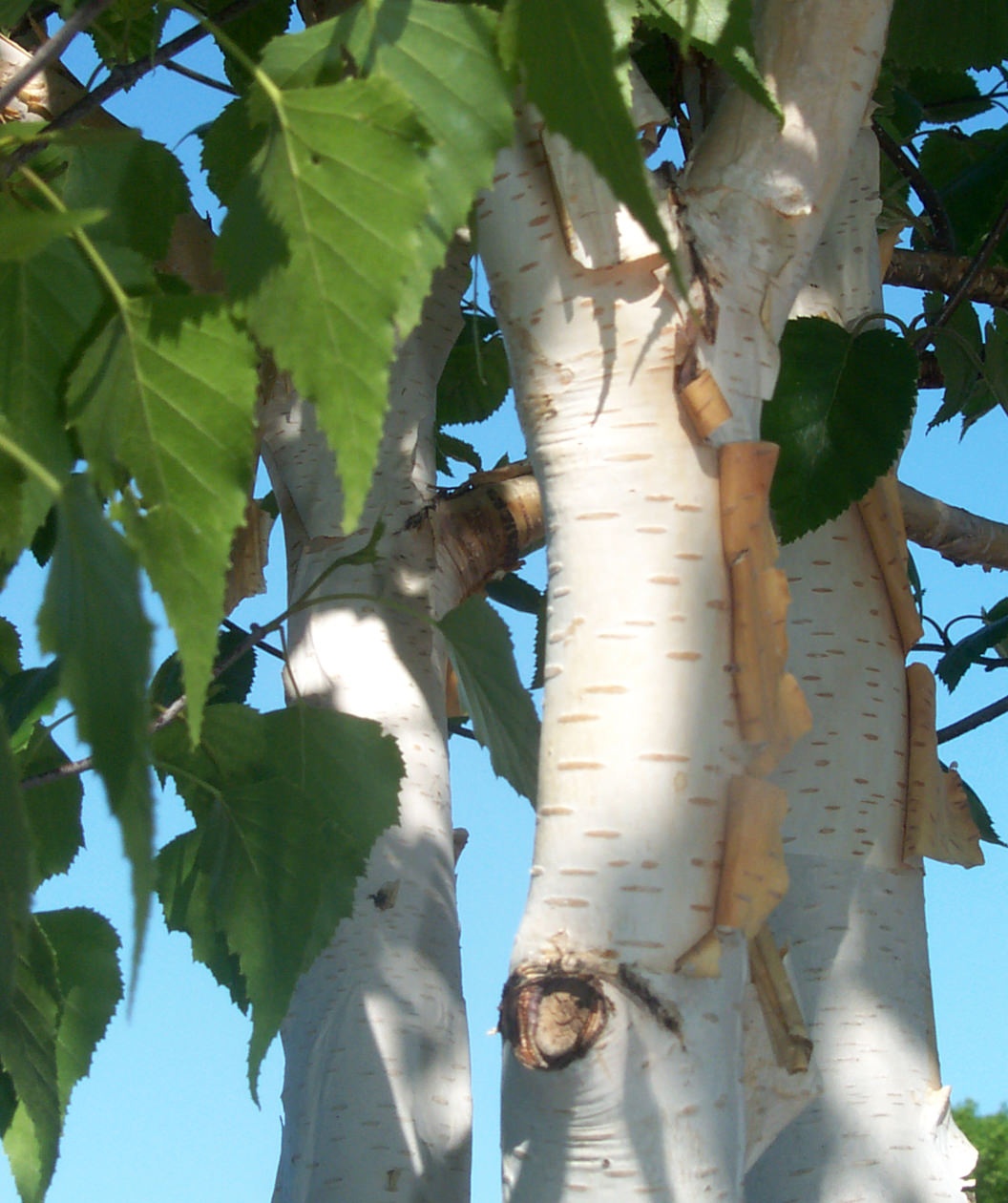 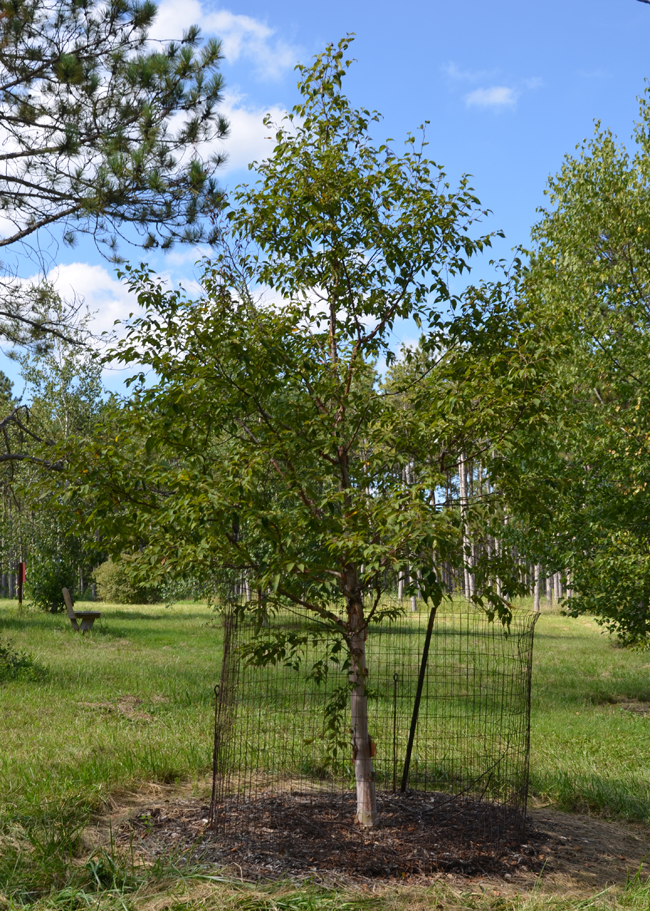 Several health practitioners make use of leaves and twigs of the birch tree for medicinal purposes. Leaves and twigs are often boiled to make anti-inflammatory treatments. Birch tree consists of betulinic acid that gives it its anti-inflammatory properties, which are beneficial for treating conditions like arthritis, high cholesterol, heart and kidney edema, and cystitis. Listed below are few of the known health benefits of Himalayan birch

Leaves and the bark are used to make an anti-inflammatory tea to help treat various forms of inflammation. Bark, in particular, is loaded with betulinic acid which has powerful anti-inflammatory activity. Because of this, birch tea can be used to help treat common joint conditions like arthritis and rheumatism. It can also be used to help relieve internal inflammation affecting the digestive and respiratory systems.

Birch leaves can be used to make a tea or juiced to help treat inflammation or infection in the urinary tract. It may also help treat edema and flush the kidneys. Birch leaves have diuretic properties that means a tea made from them can help promote both the volume and the frequency of a person’s urination. This, in turn, helps to flush the system of uric acid, toxins and excess fluids throughout the body. It can also help maintain good liver and kidney health and may even help eradicate unsightly cellulite.

Birch leaves when consumed in the form of a tea can help to boost the body’s immune system. Leaves consist of antiviral and antibacterial properties that help protect the body from infection and also speed up recovery from any infection that you may have. Leaf tea also consists of several natural antioxidants in the form of flavonoids and vitamin C which can further improve general health and help to reverse the damage done to the body by free radicals.

Drinking a few cups of tea made with the leaves and the bark can help to stimulate your digestive system and improved overall digestion. Due to its anti-inflammatory nature, it is highly effective in relieving digestive problems. Tea can be used to relieve common digestive complaints like a cramp, abdominal pain, bloating and diarrhea.

Apart from that leaves also consists of mild laxative properties meaning that they can be consumed to help relieve constipation and support more regular bowel movement. It has also been used throughout the centuries as a general digestive tonic.

Like many other herbal teas, birch leaf tea may help to promote a good night of sleep if you drink a cup or two just before bedtime. The effects are perhaps mild and doubtful to help you overcome more serious sleep issues, but if you are simply feeling a little on edge, it is worth giving it a go.

6. Beneficial for Skin and Hair

Birch leaves and the bark consists of astringent properties making them an effective treatment for numerous skin problems. To treat your skin with the leaves, Soak some birch leaves in a jug of water for at least a few hours and then strain the solution. Use the leaf water to wash your skin paying particular attention to the affected areas. Bathing in water infused with birch leaves is another effective way of treating the skin, prevent dandruff and to help strengthen your hair roots.