Trending
You are at:Home»Herbs and Spices»Facts about Japanese Wax Tree 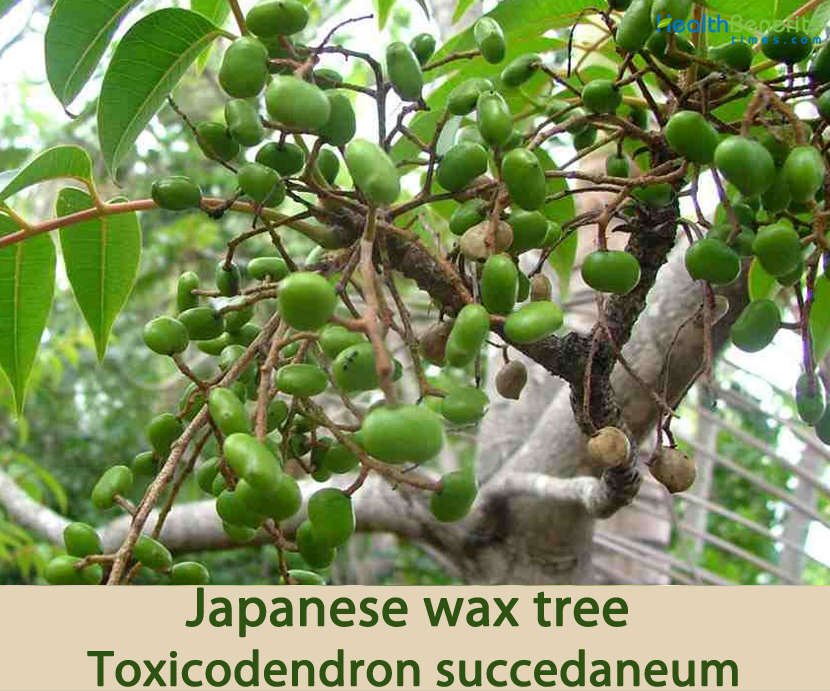 Because of its beautiful autumn foliage, it has been planted outside Asia as an ornamental plant, often by gardeners who were apparently unaware of the dangers of allergic reactions. It is now officially classified as a noxious weed in Australia and New Zealand. It is one of the city tree symbols of Kurume, Fukuoka, Japan. This is one of the primary species of Toxicodendron that is harvested on a commercial basis for its sap – this is used to make a varnish that is widely used in Oriental artwork. The tree is also harvested from the wild for local use as a medicine and source of various materials. The larvae of the moths Eteoryctis deversa, Caloptilia aurifasciata, Caloptilia protiella, Caloptilia rhois and Callidrepana patrana feed on Toxicodendron succedaneum.

Japanese wax tree is a small to medium-sized deciduous shrub or small tree with a single trunk and spreading crown. The tree usually grows up to 7 meters tall with occasional specimens to 15 meters. The bole can be up to 50 cm in diameter. The plant is found growing in roadsides, gardens, forests, lowland, hill forests, lowland thickets, waste place, urban bushland, disturbed areas in woodland and along streams in montane forest.

The once-compound (i.e. pinnate) leaves are 10-35 cm long and are alternately arranged along the branches and are borne on stalks (i.e. petioles) 3-10 cm long. They consist of 4-7 pairs of leaflets and a single terminal leaflet (i.e. they are imparipinnate), each leaflet being borne on a very short stalk (i.e. petiolule) 1-4 mm long. The leaflets are 4-10 cm long and 1.5-3 cm wide and are elongated (i.e. lanceolate) or narrowly oval (i.e. elliptic) in shape, have entire margins, and taper to a point (i.e. acuminate apices). Leaves are initially bright green or dark green above and slightly greyish or bluish-green underneath, but in autumn they turn bright red, scarlet or crimson in color before they are shed from the plant. They are usually hairless (i.e. glabrous) on both surfaces.

The flowers are creamy white, creamy-yellow or yellowish-green in color (2-6 mm across) and borne in large branched clusters (7-20 cm long) near the tips of the branches (i.e. in axillary panicles). Separate male and female flowers are present in these clusters. Each flower has five tiny greenish sepals (about 1 mm long) and five small greenish-yellow or whitish petals (about 2 mm long), and is borne on a short stalk (i.e. pedicel) about 2 mm long. They also have five stamens and an ovary topped with a style and stigma. Flowering occurs mostly during spring and early summer. 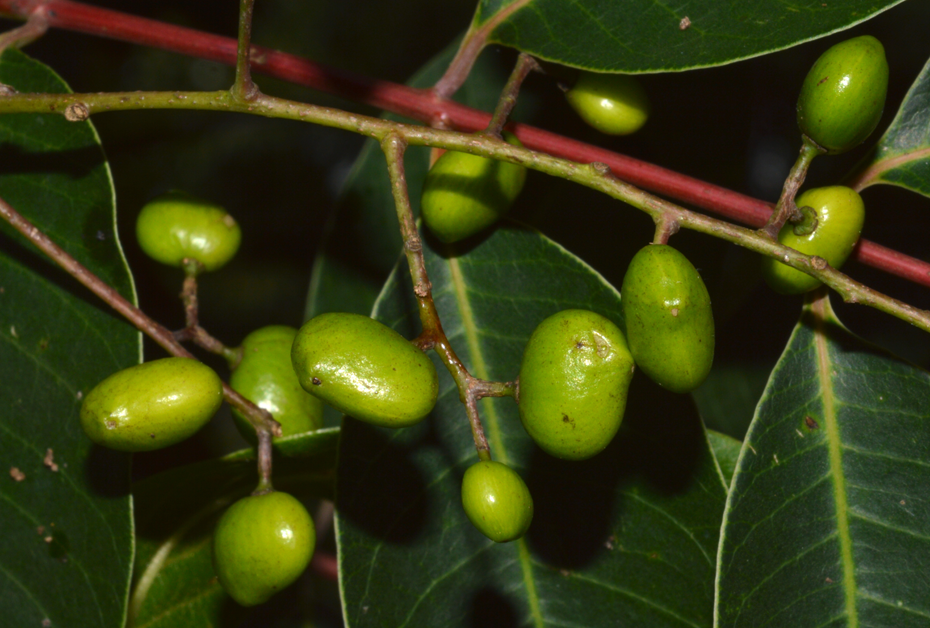 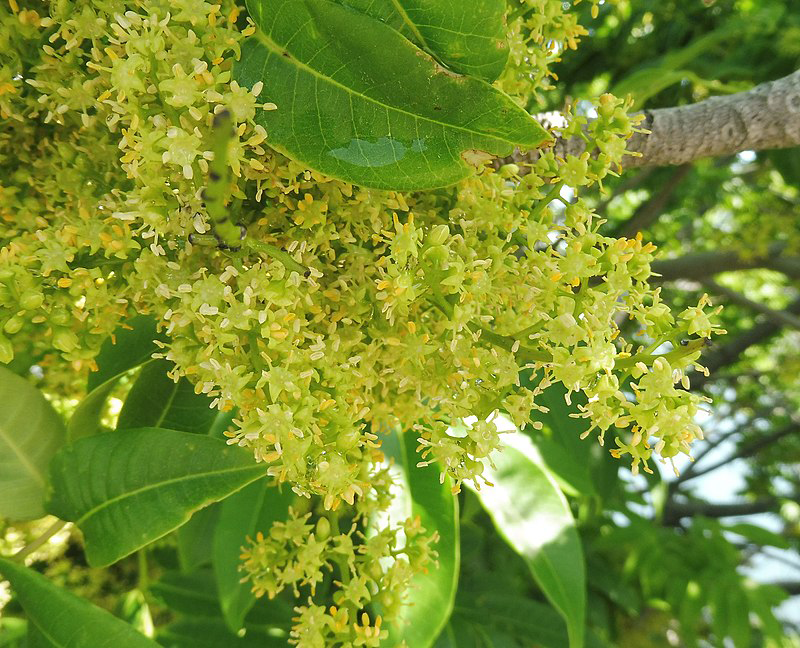 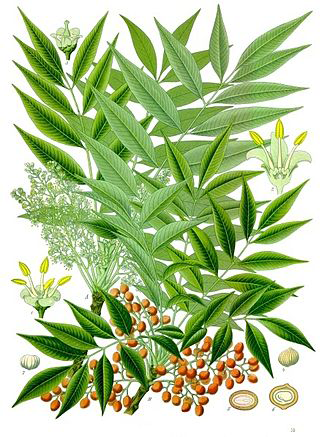 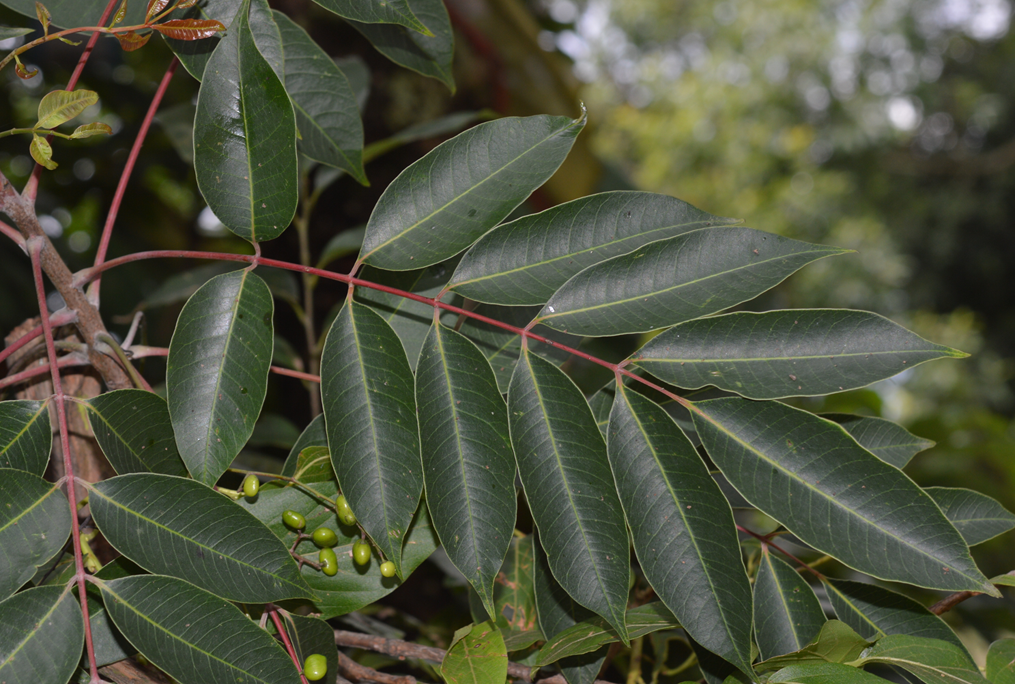 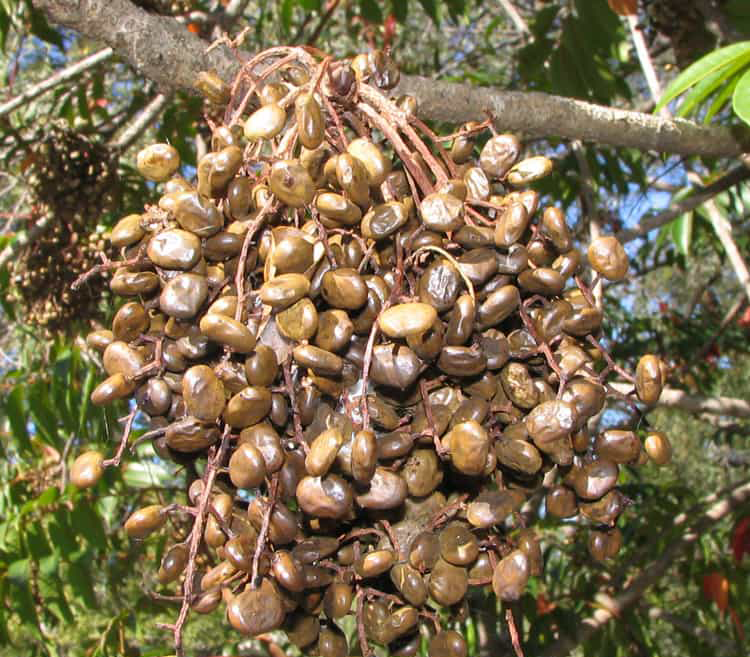 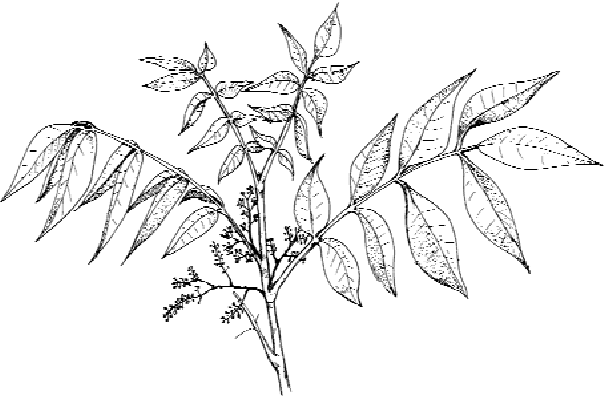 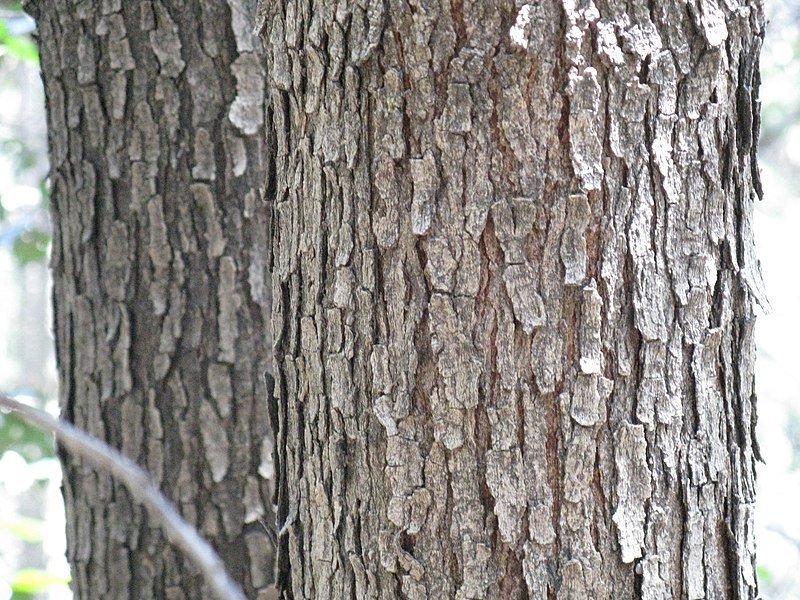 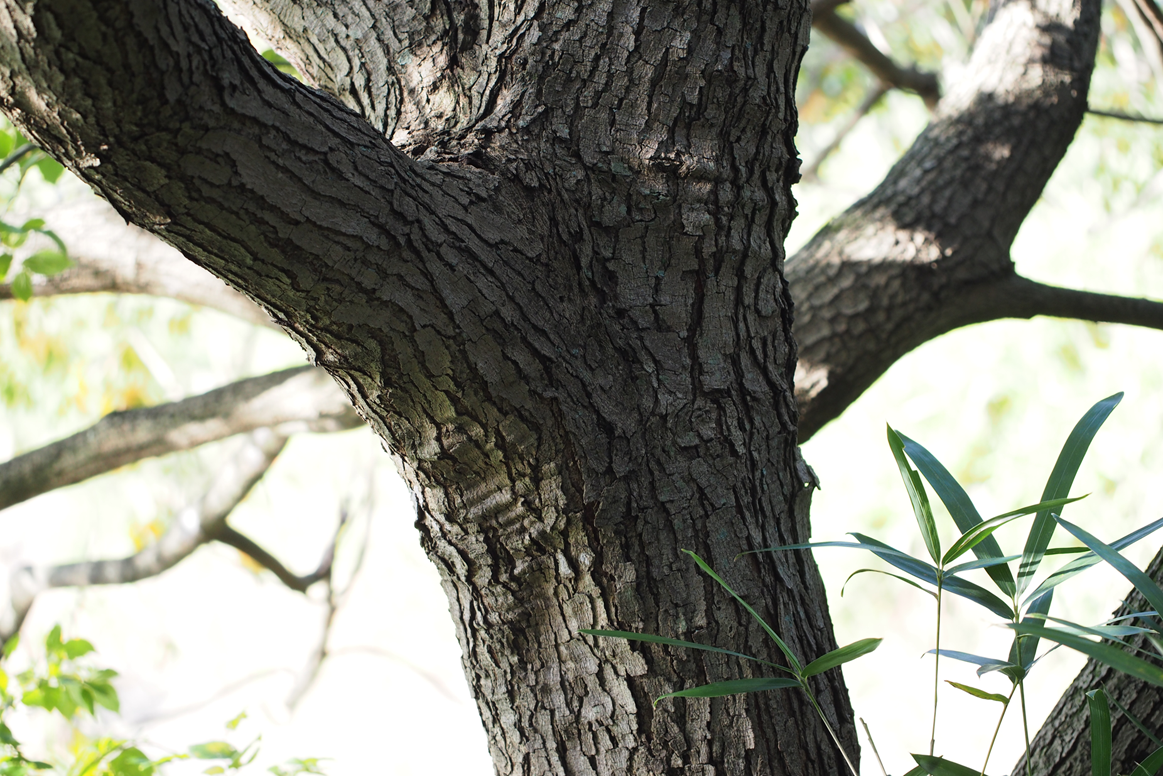 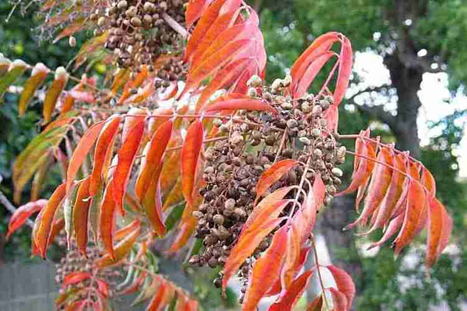 Fertile flowers are followed by papery fruit (i.e. drupe) that turns from green to pale brown or blackish in color as it ripens. These fruits are 5-10 mm long and 7-11 mm across and are borne in large groups that hang from the branches, and each contains a single hard seed. Seeds are dark brown in color, almost round in shape (i.e. sub-globular), and 3-5 mm across.

Side effects of Japanese wax tree

Severe painful allergic reactions can occur between 12 hours and 7 days after contact. These reactions include severe dermatitis that begins with a rash, redness, itching and blisters where skin has made contact with the tree. Localized swelling of the face, arms and legs is often related with the rash. All of these symptoms usually last 7 to 10 days. However, chronic sufferers or more sensitive individuals may experience more extreme symptoms over a longer period of time. Contact with any part of the tree can cause these symptoms, but it is the sap that can cause the most severe reaction. Sensitivity to this plant can have an accumulative effect over a number of years, with initial exposure not necessarily causing a significant reaction. However, subsequent contact will result in stronger allergic reactions.

Small plants of Japanese wax tree can be dug out. The entire stem should be dug out in order to discourage suckering. When larger trees are cut down, their remaining stumps need to be treated with herbicide to prevent regrowth. Because the species is highly toxic, personal protective equipment such as overalls, hats, protective eyewear or face shields, dust masks and gloves, should be used by operators, even when dealing with small seedlings.

In Australia, the herbicides glyphosate and picloram have been used to control infestations of T. succedaneum.