Trending
You are at:Home»Herbs and Spices»Facts about Kans Grass or Wild Sugarcane 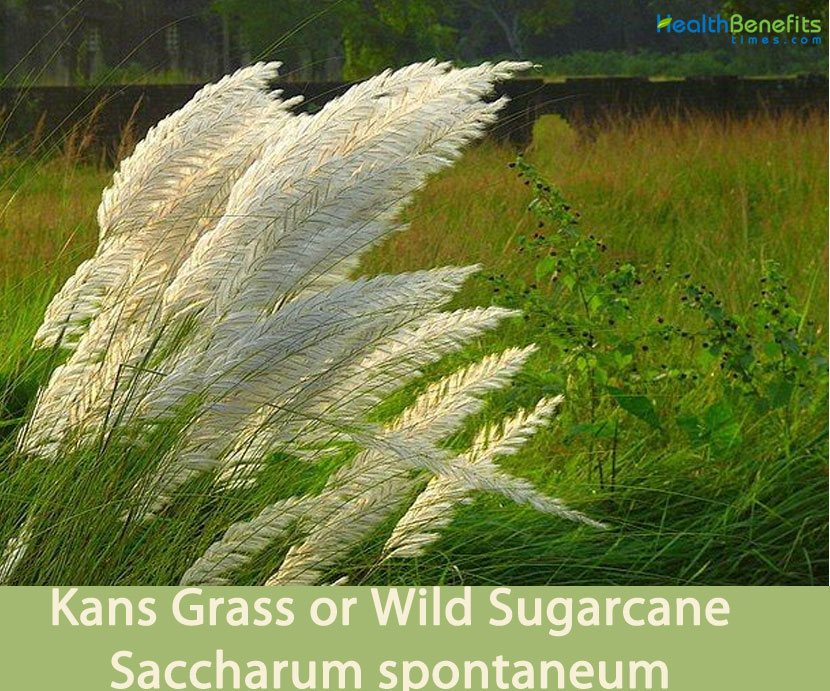 Genus name Saccharum is derived from Greek term ‘saccharon’ (sugar or sweet juice), in reference to the sugarcane genus. Species epithet ‘spontaneum’ means ‘spontaneous’, probably refers to the plant’s fast growth and ability to colonize disturbed areas readily. It is an important habitat for the Indian rhinoceros. In Nepal, Kans grass is harvested to thatch roofs or fence vegetable gardens. In the Terai region, it quickly colonizes exposed silt plains created each year by the retreating monsoon floods, forming almost pure stands on the lowest portions of the floodplain. It has been used in the breeding of sugarcane (S. Officinarum), as it provides vigor, hardiness and resistance to many major diseases. The grass was once considered a weed that infested millions of acres of cultivable land in Central India. India took a loan of 7 million dollars from World Bank in 1949 to buy 200 heavy-duty tractors for removing the grass by deep-ploughing the affected areas to remove the roots and rhizomes.

Leaf sheath are glabrous, with overlapping margins; ligule is membranous, 3-4 mm long, with a rounded apex fringed with scattered hairs and a dense row of hairs 2-3 mm long behind it. Leaf blade is mostly 50-90 cm long and 5-15 cm wide. Leaves are narrow-lanceolate, involute, with long hairs at base; ligule short. The stomata on the abaxial leaf surface are located in the veinal grooves and are covered by a spine-like silicaceous structure. 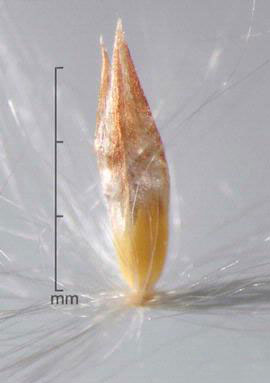 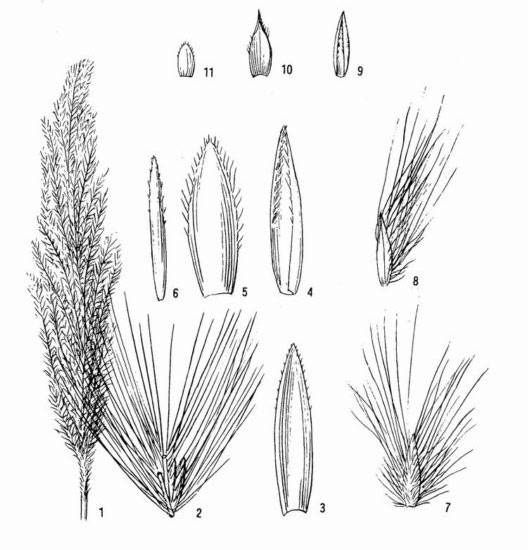 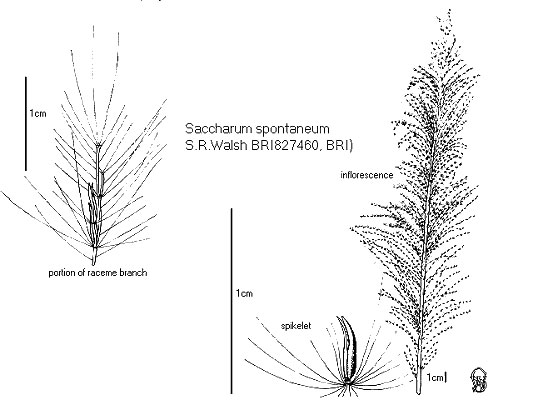 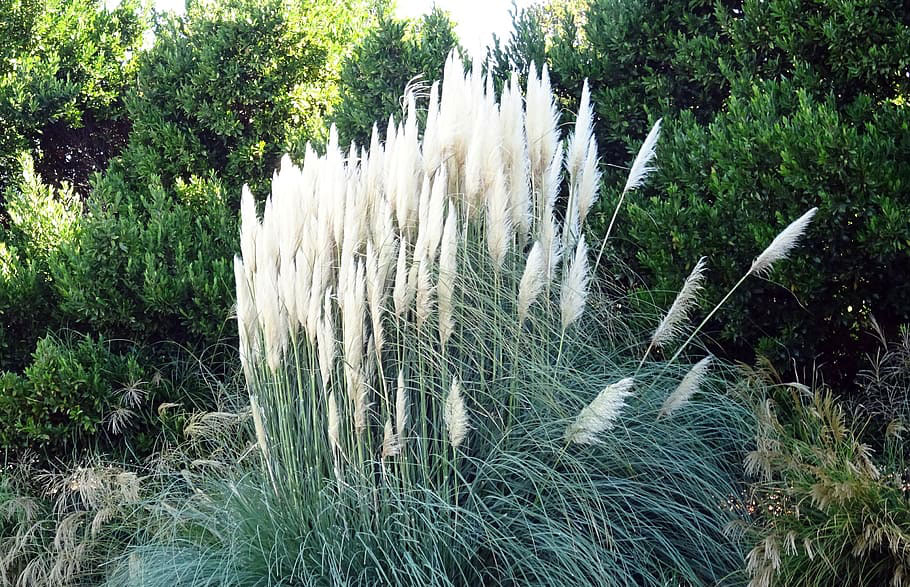 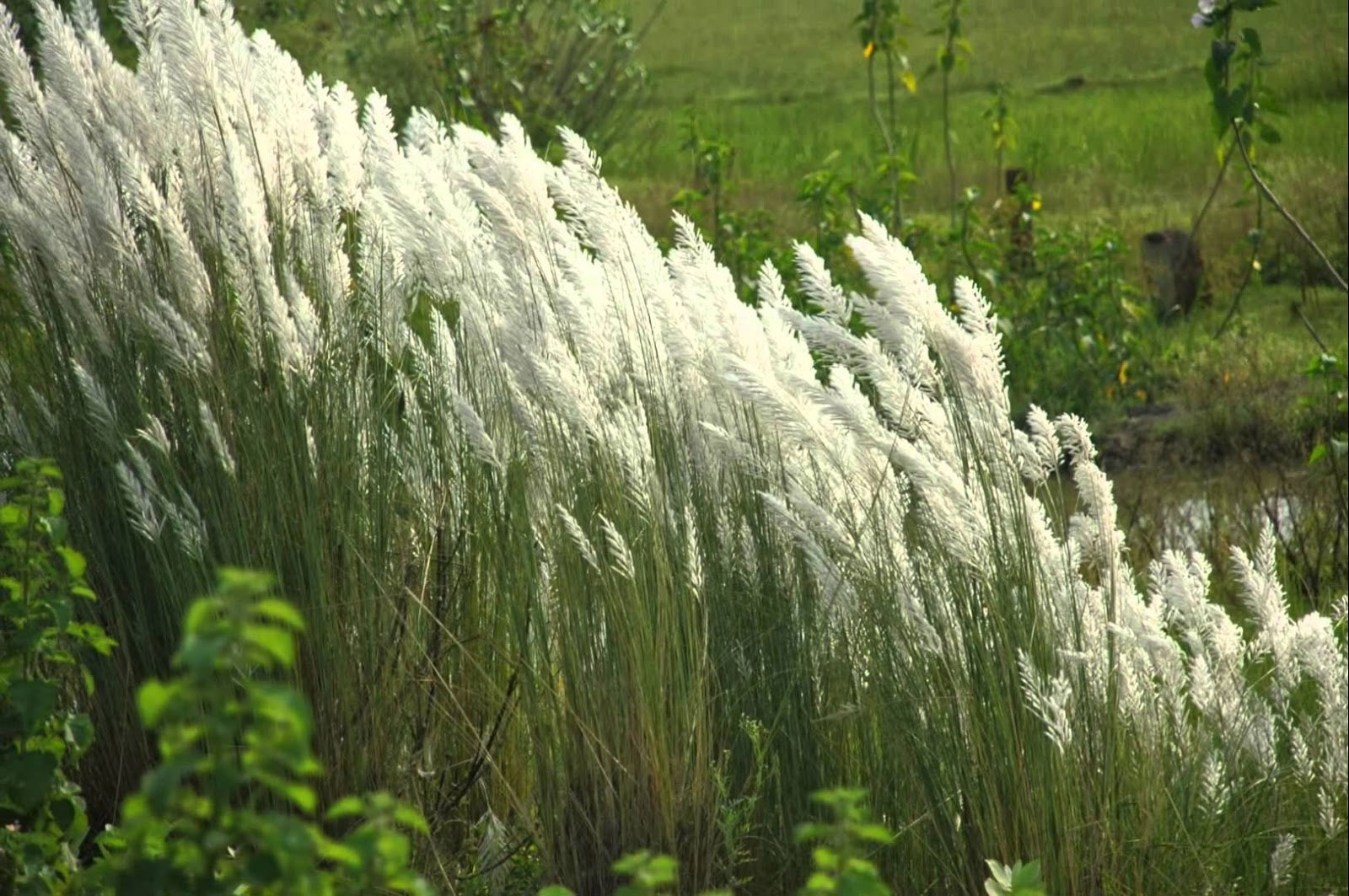 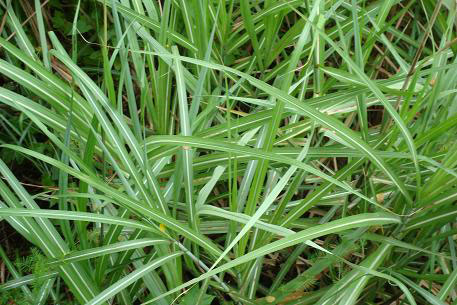 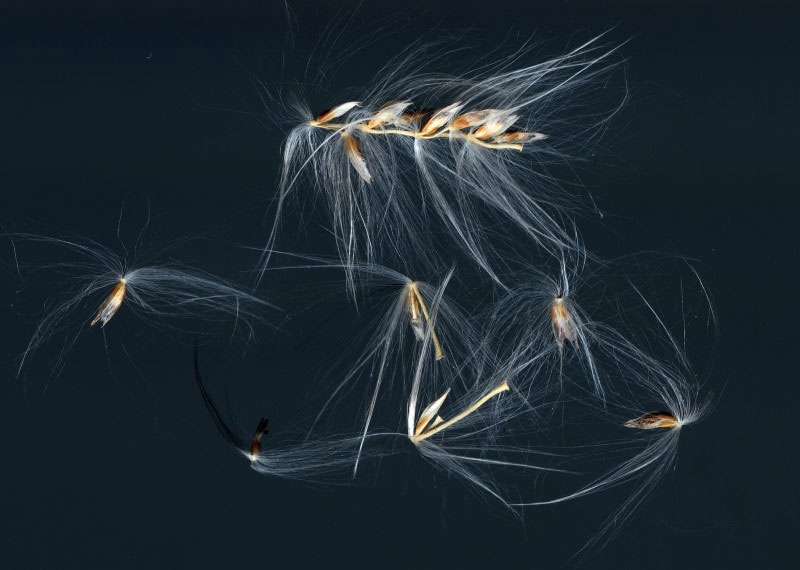 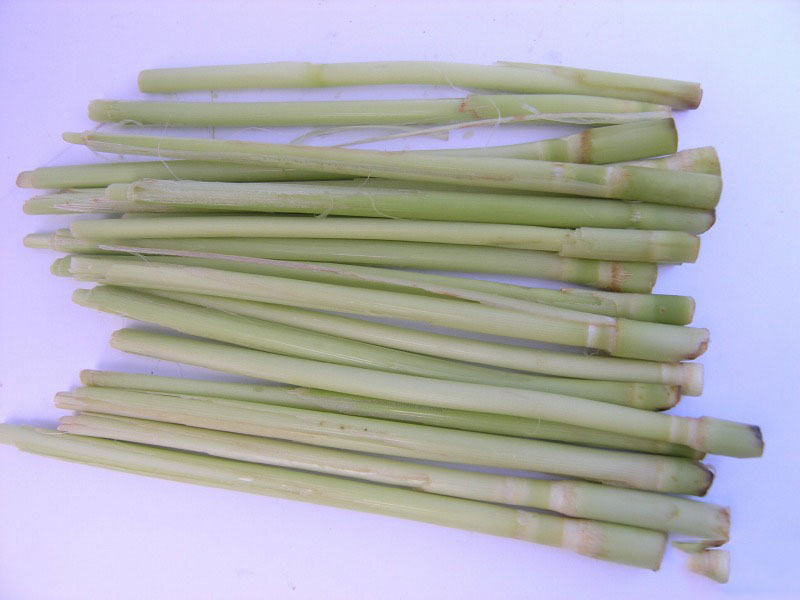 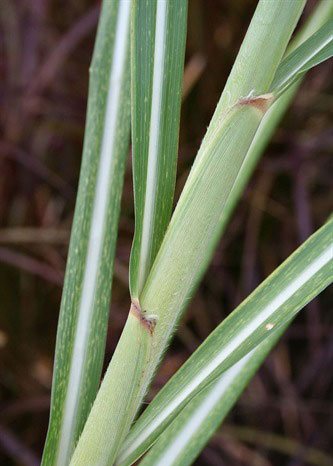 Spikelets are found in pairs, one sessile and fertile and the other (companion) spikelet is pedicelled, and sub equal. Pedicels are linear, ciliate. Companion spikelets are bisexual. Fertile spikelets are 2-flowered, comprising 1 fertile floret, without rhachilla extension, lanceolate, dorsally compressed, 2–7 mm long, falling entire, deciduous from the base or with accessory branch structures. Spikelet callus is bearded, base truncate. Spikelet callus hairs are white, 200–300% of length of spikelet.

Traditional uses and benefits of Kans grass or Wild sugarcane

Deep ploughing is an effective ways for the control of this weed. In the Bundelkand regions of Uttar Pradesh, India, a specialized plough known as the ‘Bakhkhar plough’, capable of cultivation to a depth of 26 cm is used to control S. spontaneum. Soil inversion during the months of May and June when the temperature is very high in northern India can help to exhaust food reserves in the rhizomes either by drying or by following inversion with irrigation to encourage regeneration. Regardless of timing, an annual deep cultivation will help to reduce the vigor and spread of this species by systematically interrupting the development of the underground reproductive system.

Embanking and flooding of infested areas can reduce infestations where these occur in localized pockets in the field. Harrowing twice before soybean sowing is followed by one hand weeding 20 days after sowing is effective for control in soybean. Under low rainfall conditions, a double-wheeled hoe may be used for inter-row weed control.

Number of mulching techniques has proved successful for the control of S. spontaneum. Covering the soil surface with black or white polyethylene sheeting after removing above-ground parts, either by herbicide or cultivation, for a period of three to four months prevents regeneration of plants. The stacking of pearl millet or sorghum stubbles after cutting of the weed to ground level can also aid control.

The stale seed bed technique may be used to encourage S. spontaneum to emerge in the months of April and May by applying frequent irrigations. Emerged populations may then be treated with pre-seeding herbicides, and crops sown two to three days later.

Integrated weed management is successful for perennial weeds such as S. spontaneum where tillage and management practices allow competition in favor of crops. In infested areas, competitive crops such as pearl millet or sorghum should be grown instead of cotton or soyabean.

Number of herbicides has been successful in controlling S. spontaneum in different cropping systems. These include: pre-emergence application of oxyfluorfen followed by oxyfluorfen + paraquat; haloxyfop-methyl + fluazifop-butyl; bromacil or dalapon; amitrole or glyphosate and atrazine.

In Indonesia, glyphosate controlled S. spontaneum without harming young tea plants. In the Philippines, glyphosate was effective in non-cropped areas and during fallow periods in pineapple cropping systems. Fluazifop-butyl applied twice at 3-month intervals was effective without any phytotoxicity to pineapple.