Trending
You are at:Home»Herbs and Spices»Facts about Prickly sow thistle 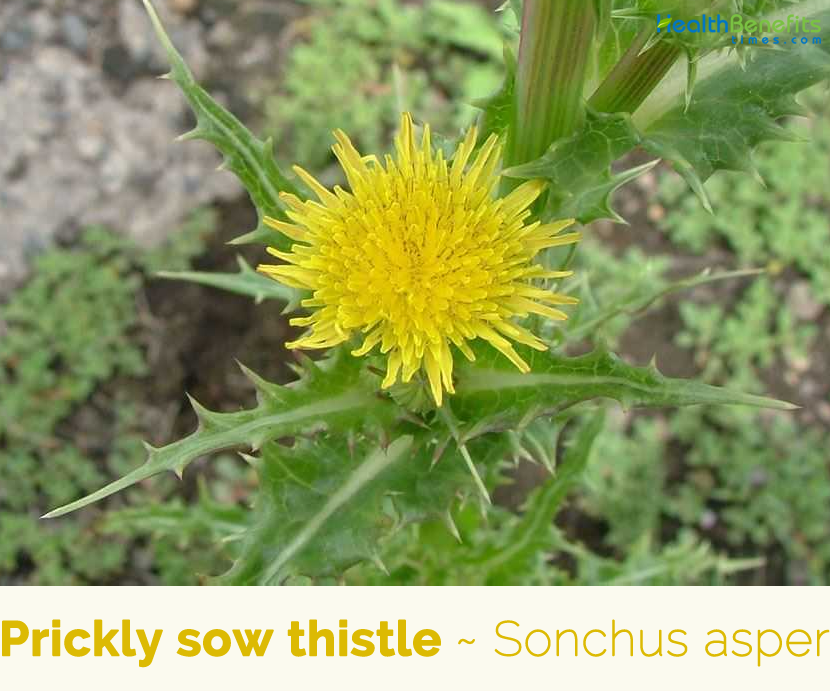 The genus Sonchus, is the old Greek name for ‘hollow’ and was applied due to the hollow stem of the Sow Thistle and the species asper, means ‘rough’ – as in the spiny edges. The author name for the plant classification is as follows: The first to classify was ‘(L.)’ which refers to Carl Linnaeus (1707-1778), Swedish botanist and the developer of the binomial nomenclature of modern taxonomy. His work was modified by ‘Hill’ which is for John Hill (c1716-1775), English botanist, author of 76 works including the 26 volume The Vegetable System. The origin of the name ‘Sow Thistle’ is ancient but obscure. Sonchus asper is a major problem in winter crops and in tillage systems throughout southern Australia, South-East Queensland and Northern New South Wales. Its edible leaves make a palatable and nutritious leaf vegetable.

Many small, loose open clusters (corymbiform) of yellow dandelion type flower heads, each up to 1 inch across when fully open appears at the top of the stem and arising from leaf axils. The flower head, consisting of bracts, receptacle and ray flowers (petals), is thick, barrel to vase shaped, usually with tiny glandular hairs on the stalk just below the cluster. Bracts are in 3 or 4 layers, those in the outer layer shorter and broader at the base, sometimes with sparse glandular hairs, those in the inner-most layer long and narrow. Several small attending leaves are typically at the base of cluster. Flowering normally takes place from June to August.

Fertile flowers are followed by brown, wrinkled achenes 2.5-4 mm long and 1.5 mm wide. Achenes have 3 (or rarely 4-5) longitudinal ribs on each face. Mature seeds are brown colored and have a white feathery pappus (8 mm long) that jointly form a white puff ball, similar to dandelion.

The edibility of Sonchus species is probably known since antiquity, being already declared by Dioscorides in the first century, who recognized two kinds of sónkhos, one more rough and prickly, the other more tender and edible, probably Sonchus asper and S. oleraceus, respectively. 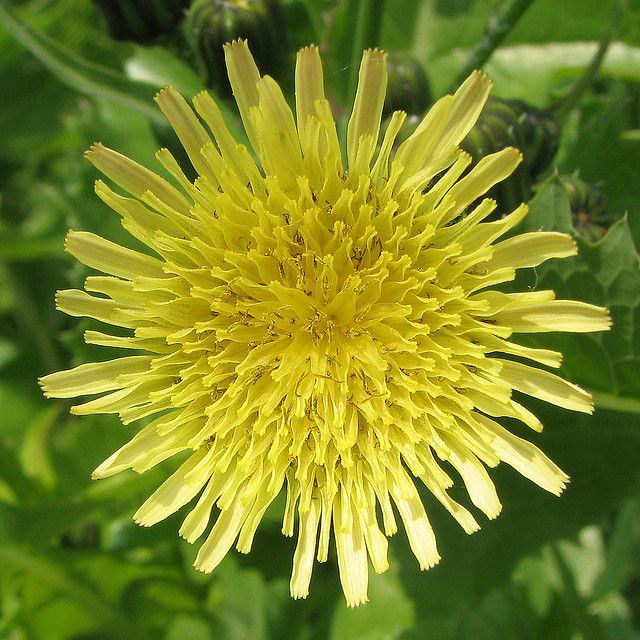 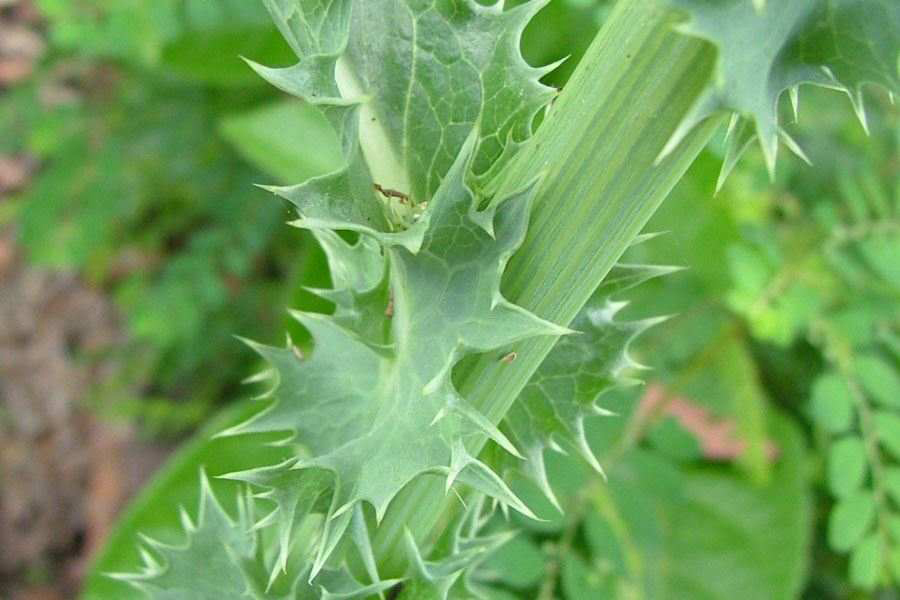 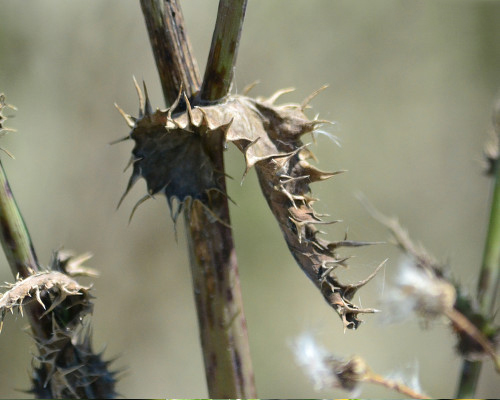 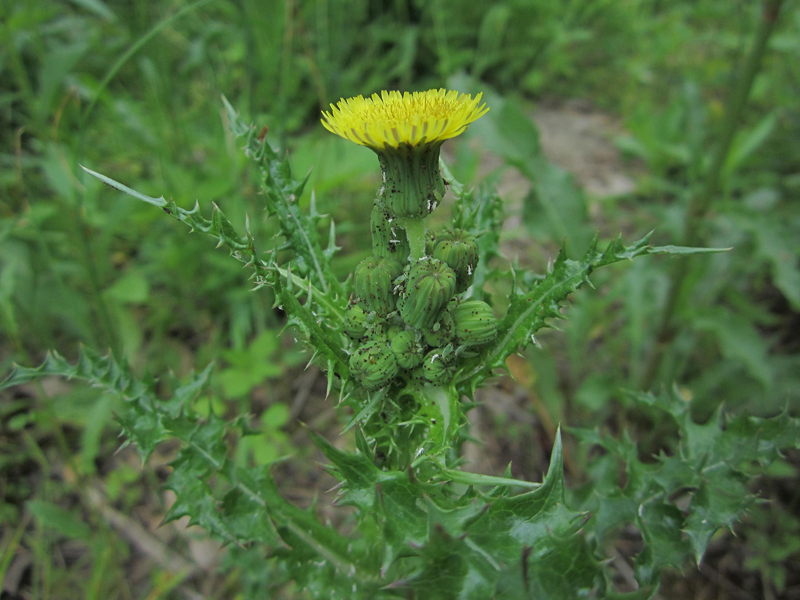 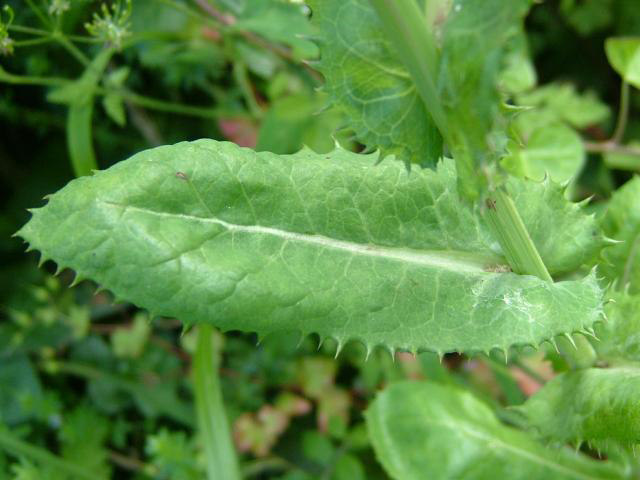 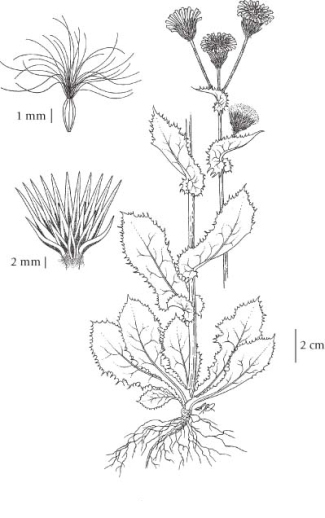 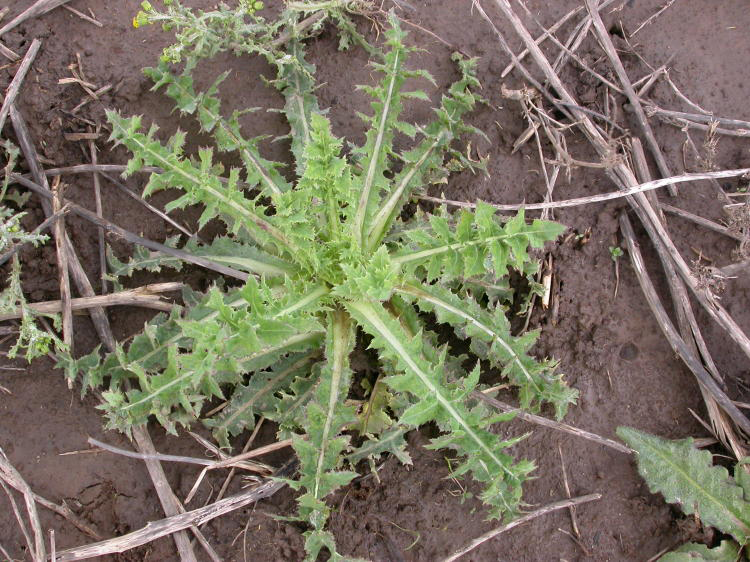 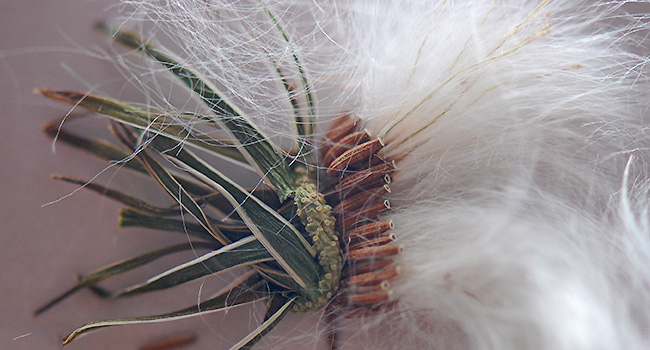 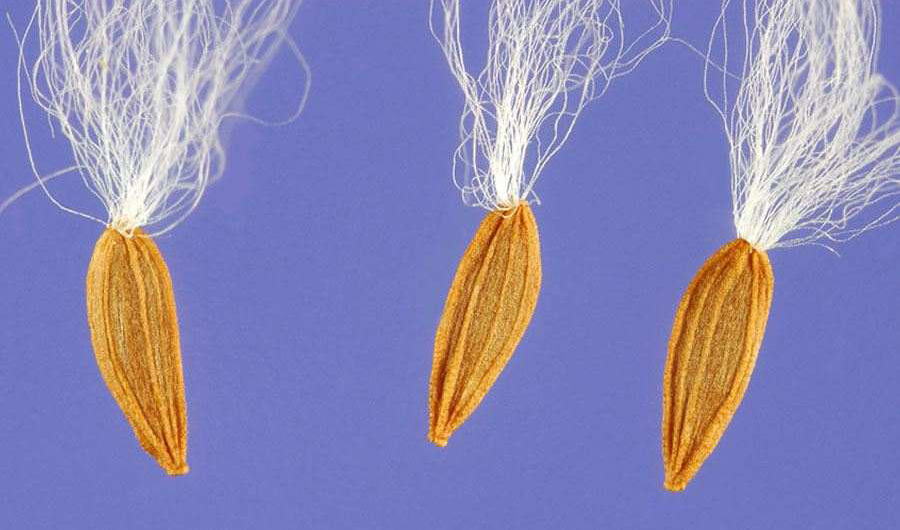 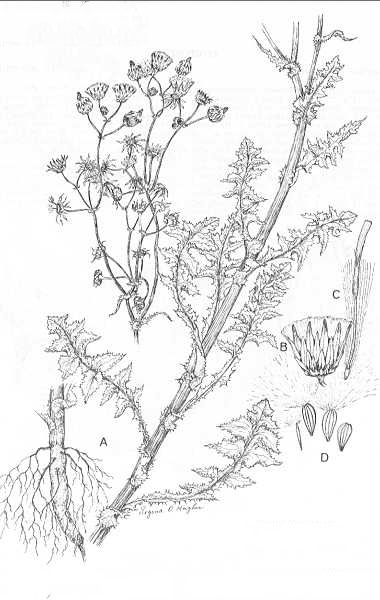 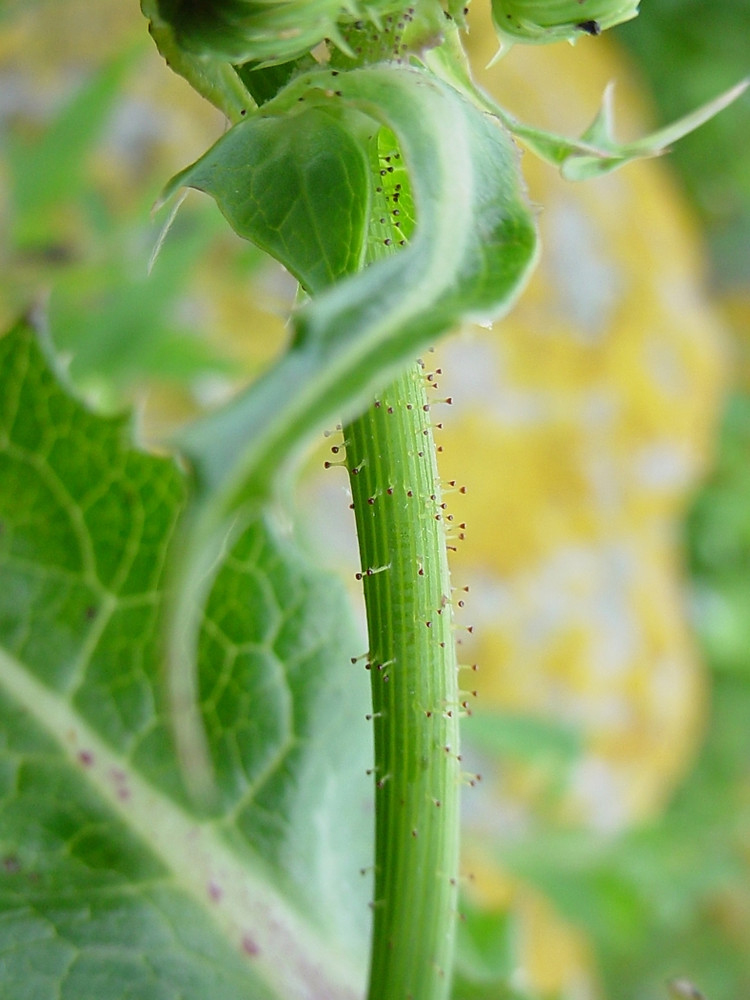 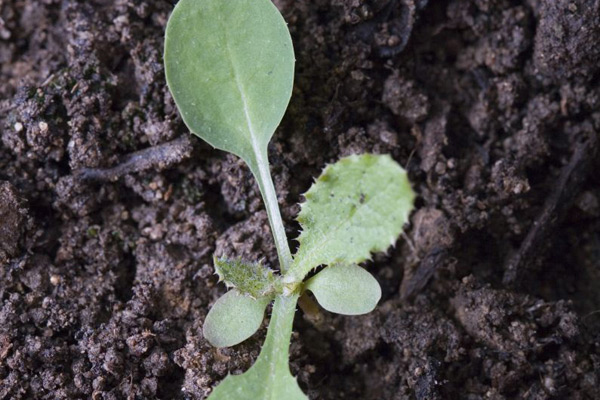 Small or isolated populations may be manually removed while plants are young, prior to seed set. The taproot must be removed, as re-sprouting can occur if left in the soil. Slashing is often ineffective as flowers continue to be produced. Regular cultivation of plants, every three months or so, will stimulate germination and can lead to a reduced seed bank. This will also drain food reserves stored in the roots and cause death. Mulching and soil sterilization methods can complement other management efforts.

Grazing by cattle and sheep effectively destroys infestations in pastures, and weakens plants allowing other control methods to be more effectively used. They also make excellent feed for livestock.

Biological agents are currently being researched as a possibility for managing S. asper and other Sonchus species in Australia. Sonchus species have previously been the target of biological control in Canada. Preliminary reviews for biological control agents have been made in southern France and northern Europe. Currently the rust fungus Miyagia pseudosphaeria and an unidentified eriophyid mite species are two widespread organisms in Australia with potential for control. The CSIRO project will focus on determining the impact of these potential control agents on related native Australian species.