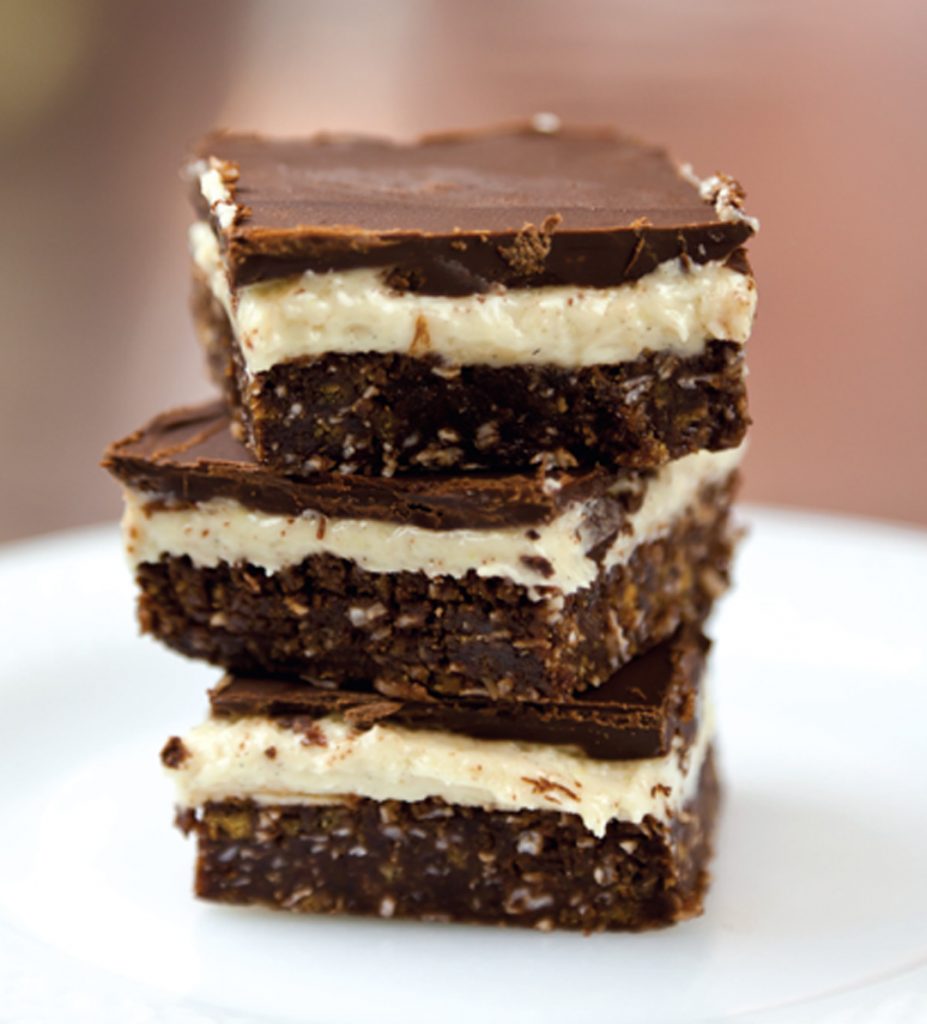 These rich and sugary little squares pop up at potluck family functions and church basements everywhere. Originally from Nanaimo, British Columbia, this bar is steeped in mystery and intrigue. Some say it was a housewife who first submitted the recipe for publication in the 1950s. Others say it dates back to the 1930s or even the 1800s. Whatever the origins, it’s ours now!

Bottom Layer
Middle Layer
Top Layer
How to Make It