Trending
You are at:Home»Facts»10 Myths And Rumors About Drug Detox: By Recovery Experts 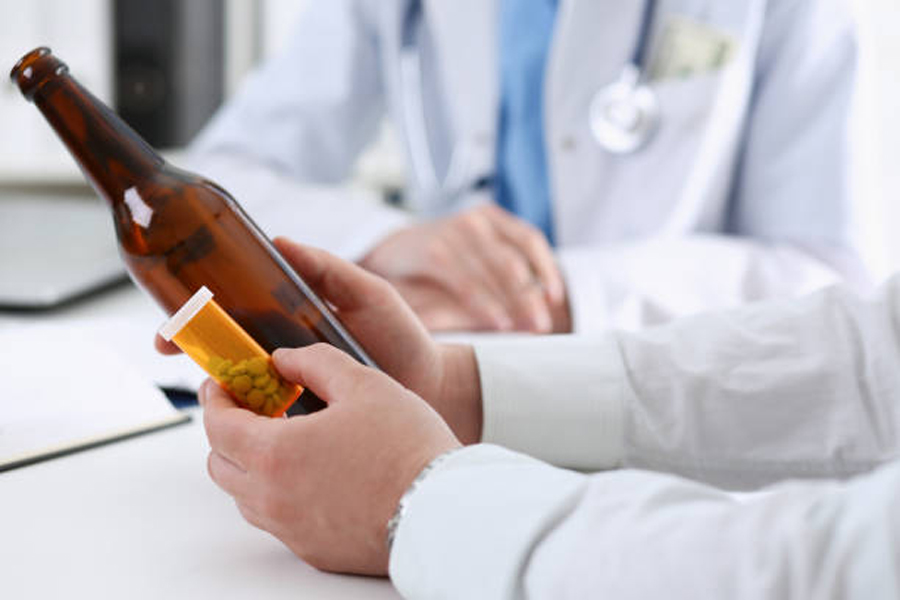 Tragically, addiction is not a topic covered by many school systems anywhere in the world. There is plenty of talk about drugs in schools, sure, but hardly any talk about addiction to those drugs. And as anyone who has found themselves on the fringe of society will tell you, a lack of education will make people fill in the gaps with their worst qualities.

The result is that people oftentimes find themselves caught up in lies about addiction. This is true whether you are a normal person or suffering from addiction yourself. Being an addict hardly enlightens you on the truth of these myths—in fact, it can make the myths worse.

Let’s look at the top 10 most common myths about drug addiction, and the reality behind them.

This is perhaps the most pervasive myth, as it is the result of people judging situations they do not understand. What exactly constitutes a “bad” person depends on who is doing the judging—sometimes “bad” means lazy, while other times it means that they are not religious enough.

The problem is that the logic here ends up being that if only bad people can become drug addicts, then a person who becomes a drug addict must be bad.

Anyone can get addicted to drugs. The most saintly, patient, virtuous person can develop a substance abuse problem from whatever substances they use to relax.

There is a Point of no Return

Many drug addicts find themselves in a seemingly hopeless situation. They try to resist the urge to use their substance of choice, but they always fail. It is almost impossible to imagine an escape from the vicious cycle of using, feeling guilty, and using more to cope.

No one is beyond saving. Whenever people have trouble quitting, it is usually because they are lacking key resources that would help them quit.

A Person Should Get Over Addiction on Their Own

We live in a highly individualistic culture. People manage their own finances, get their own jobs, and decide their own pathways in life. If they get in trouble or get into a bad situation, it is their job to get themselves back out of it.

We certainly don’t want to downplay the importance of personal responsibility. But at the same time, no one gets over addiction on their own. Every addict should go to therapy at the very least, and some will even need medical intervention from trained professionals.

Many insurance plans cover addiction treatment. If yours doesn’t, you can easily switch over to one that does. The coverage you get will vary from plan to plan, so try to find one that covers you as best as possible and includes your nearby treatment centers in its network.

Considering your body has basically had its instincts rewired by addiction, it is no wonder that people have the expectation that there is some permanent aspect to addiction.

But in truth, an addict will basically be identical to anyone else in terms of cravings after a few months. The worst of their experience will end after just one month. That last part should not be misunderstood, however, as it often leads to the misconception…

Because withdrawal and detox last two weeks, many people worry about how long they will be allowed to use the resources made available by their treatment providers. Especially since there is a common myth that if you go in for overnight care, you can only stay for 30 days at most.

While addiction treatment does not last forever, you are oftentimes more than welcome to make use of resources and seek different avenues of treatment for as long as you need.

The most common piece of evidence people has to this point is hearing someone from Alcoholics Anonymous talk about “recognizing a higher power”. The concern here (rather understandably) is that there is a group preying upon vulnerable addicts to convert people.

While many support groups have been founded on religious principles, it should be noted first that most of them do things their own way. Remember, Alcoholics Anonymous started as an individual group. It is now a catch-all for group therapy among alcoholics, but not every group is going to use the same 12 step program that the original Alcoholics Anonymous uses.

You will see it repeated many times, even in this article, that therapy is a core component of dealing with addiction. And when people think of therapy for addicts, they think of group therapy.

The best therapy for you is whatever works for you. That might be group therapy, but individual therapy, one-on-one therapy, and even anonymous therapy are all considered valid too.

You can Die During Detox

This is not exactly a myth that people commonly circulate, but it is definitely a thought that crosses an addict’s mind.

In fairness to the addicts fearing this, there are symptoms of detox that can escalate, and if they are not treated properly, they can be fatal (namely seizures). But more 90% of addicts, detox will be uncomfortable but not fatal. Only people with years-long problems need to worry.

Only the Strong can Overcome Addiction

This is the mirror image of the belief that only bad people get addicted. People often believe that anyone can get addicted, but it takes an exceptional person to overcome addiction.

Anyone, regardless of how bad their addiction is, can fight their addiction. The big problem with this myth is that it presumes that only people who are somehow passively strong in some way can show strength. But that is just untrue. Even the most economically limited, physically inept, and emotionally fragile person can stand up to their problems, even if that problem is addiction.

There are a lot more myths we could talk about, but these are the most damaging ones. If you want to hear more, or if you want to ask for help, visit us here: https://newwatersrecovery.com/