Trending
You are at:Home»Facts»6 Effects and Risks of Drinking Too Much Alcohol 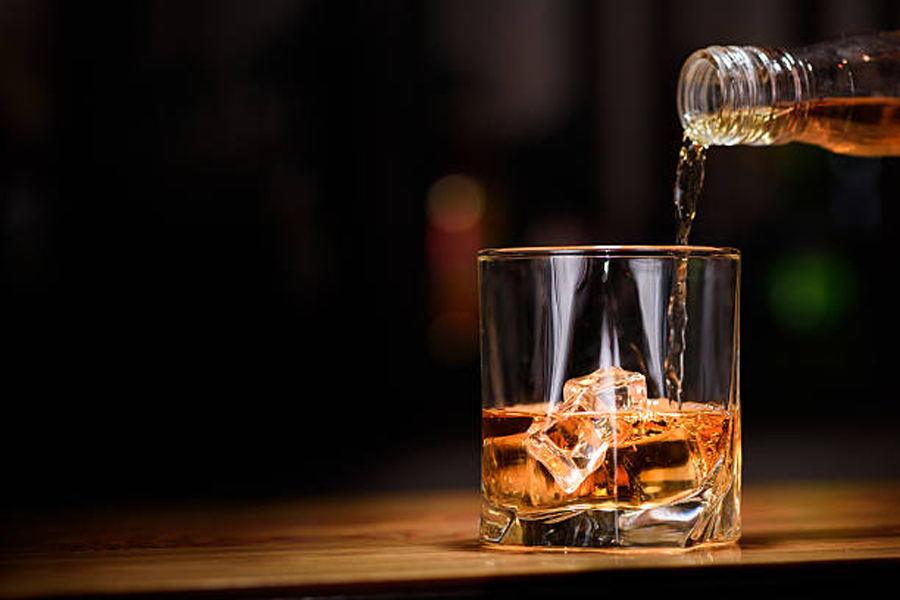 According to the National Institute on Alcohol Abuse and Alcoholism, people who drink 1 or 2 drinks per day are less at risk for many diseases than those who drink heavily or binge drink.

Liver cirrhosis is when the liver becomes scarred and hardened, mostly from excessive alcohol consumption (NIH). There are no symptoms for this disease until it is advanced. By that point, liver function may be severely damaged or lost altogether. The mortality rate of untreated Stage 2 liver cirrhosis is about 50%.

The liver is the largest organ in the human body, and as such, has many functions to keep a person healthy. It cleanses toxins from the blood, processes nutrients from food, regulates blood sugar levels, produces bile for digestion, and stores energy in the form of glycogen. This can result in jaundice and a buildup of fluid in the abdomen. If cirrhosis is due to alcoholism, stopping drinking may bring the liver back to normal function.

People with cirrhosis may live for years, but they often require treatment to manage complications and prevent the development of liver failure.

Chronic alcohol abuse can lead to alcoholic fatty liver. This condition occurs when fat builds up in the liver. It can lead to inflammation and scarring (cirrhosis) of the liver. Without treatment, cirrhosis may progress to hepatic coma or death.

People who drink a lot of alcohol have a greater risk of developing squamous cell carcinoma. This cancer develops in the flat, scale-like cells that make up the top layer of the mouth and lips. It usually appears on the inside lip or along the gum line. In its early stages, it may cause sores that do not heal. Treatment for SCC often includes surgery to remove the cancerous cells.

Basal cell carcinoma cancer usually appears as small, flesh-colored, or yellowish spots on the lips. It may bleed if bumped or scratched. It is soft and grows slowly until it reaches the deeper layers of the skin. Treatment for BCC often includes surgery to remove the cancerous cells, followed by radiation therapy.

People who use tobacco along with alcohol raise their risk further. Risk factors for mouth cancer include nutritional deficiencies, human papillomavirus (HPV) infection, family history of cancer, and chronic irritation to the lining of the mouth.

Alcohol is also linked to esophageal cancer. The risk for this type of cancer increases the more alcohol is consumed and is especially high in people who smoke.

This type of cancer begins in the cells that line the upper part of the esophagus. It can cause pain or difficulty swallowing. It may spread to the surrounding tissues and to lymph nodes in the neck. Initial symptoms are often nonspecific, including sore throat, difficulty swallowing, chronic cough, hoarseness, shortness of breath, or weight loss. Esophageal cancer often doesn’t cause any symptoms until it is advanced.

FAS, which is also known as fetal alcohol spectrum disorder (FASD), occurs in children whose mothers drank alcohol while pregnant. Heavy drinking during pregnancy can cause FAS. The condition is characterized by distinctive facial abnormalities, including small eyes that are set far apart, a thin upper lip, and a smooth area between the nose and upper lip. Other birth defects associated with FASD can include heart and kidney problems.

FASD is a lifelong condition. Children exposed to alcohol in the womb show an increased risk of having difficulty concentrating and for lower intellectual function, and a higher risk of learning delays and attention deficit hyperactivity disorder (ADHD). They also have a higher risk of developing an addiction to alcohol and other drugs.

The risk for FASD is highest when a woman drinks during her first trimester and decreases in subsequent trimesters.

Alcohol overdose can cause serious health problems, especially if a person has a high tolerance or drinks heavily for a long period of time. Alcohol slows and impairs brain function and can slow breathing to dangerous levels. An overdose happens when too much alcohol is consumed in a short amount of time, resulting in toxic levels of alcohol in the blood. Alcohol poisoning can cause loss of consciousness or even death when left untreated.

Lethal doses for men are typically about four drinks over two hours. A blood alcohol content (BAC) level greater than 0.4% is considered dangerous, and though unlikely, someone could die with a BAC level of 0.5%. Women are generally more at risk than men because they typically weigh less and have lower levels of alcohol dehydrogenase, an enzyme that helps break down alcohol in the body.

Drinking too much can have serious consequences for one’s health. The liver, mouth, esophagus, and brain can all be negatively impacted by heavy or binge drinking.

By limiting the number of drinks consumed, making sure never to drink while pregnant, and abstaining from drinking if certain medications are being taken or health conditions exist, it is possible to avoid many negative consequences caused by drinking too much.