Trending
You are at:Home»Facts»6 Things Never to Do When Owning Disposable Contacts 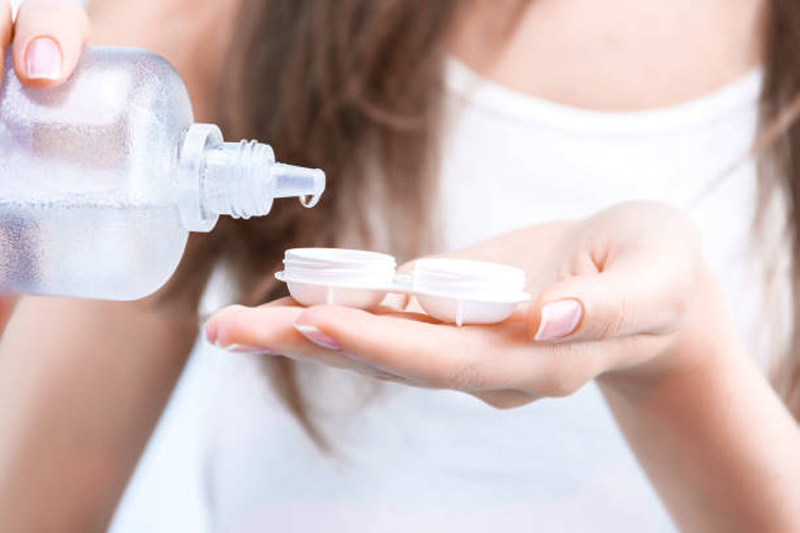 Millions of people wear contacts daily instead of glasses. The most popular style of lenses is single-use, or disposable. They are designed to be worn throughout the day and then tossed in the evening. Eye doctors and researchers have found that disposables offer comfort and convenience while improving eye health when properly handled. Therefore, you should avoid the following ten things.

Do Not Touch with Dirty Hands

Anytime you come in contact with your eye, you want to ensure your hands are freshly washed. Fingers transfer a lot of bacteria to whatever they touch. Therefore, wash your hands with a gentle cleanser and dry with a paper towel. Doing this prevents germs from infecting your eye, as well as any fabric remnants from a cloth towel. It is also recommended to wash your face and apply makeup before inserting a lens. Remove any chance for contamination for optimal contact health.

Do Not Use Water

Disposable contacts are stored in individual containers full of a formulated cleanser. Any style of water warps the lenses and causes micro-abrasions on the cornea of the eye. You should never use tap or distilled water to rinse contacts before inserting them. Similarly, anytime you enter the water (lake, pool, or shower), remove your lenses or wear waterproof googles. If they ever are exposed to water, dispose of them, and insert a new pair.

While they are pricey, disposable contacts are not designed to be reused. They are thin, fragile, and unable to hold moisture. Although it is tempting to use a contact lens cleanser, this weakens the material on the lenses. You risk having a contact disintegrate on your eye, creating complications that require emergency care.

Do Not Use Dropped Contacts

Contact lenses cost more upfront, but the price per contact is less than reusable. Therefore, instead of risking infections, dispose of contact if it hits the floor. If you plant to get new lenses, One of the best choice could be Pure Optical.

Do Not Stretch the Life

You should never wear daily contacts longer than 16 hours. As mentioned above, they do not retain moisture like reusable lenses. Extending the length of time you wear them dries out your eye and causes damages to the cornea. Also, never sleep while wearing your contacts. An occasional nap is rarely a problem, but extended periods increase the chance of ocular irritation.

Do Not Wear Contacts when Eyes are irritated

Anytime your eyes are already irritated, you do not want to wear your contacts. Putting lenses in when you have pain or redness can lead to serious infections or possible blindness. If your eyes become irritated after inserting contacts, remove them and put in a fresh pair after your eyes are rested. However, if the irritation returns, consult your eye doctor to ensure you do not have an allergy to the solution.

As you can see, following the directions on the box of your 1 day Acuvue Moist is important for eye health. While it may seem like a minor inconvenience, you will potentially save thousands of dollars in future medical bills. If you have a question, reach out to your eye doctor for clarification. Anytime you doubt whether to dispose or wear a fresh pair, error on the side of caution.

Development of the Corneal Lens

Although the first strictly corneal lens was developed in the 1880’s by Kalt, this lens was never very successful. This was partially due to the fact that it was made of glass and, therefore, was very heavy in weight. The development of the modern corneal lens had to await the development of modern transparent plastics.

Working in Obrig’s laboratory, Kevin M. Tuohy saw the advantages of the use of the plastic, methyl methacrylate in the manufacture of scleral contact lenses, and conceived the idea of making corneal lenses from this plastic material. Accordingly, in 1948, he began to manufacture plastic corneal contact lenses. The lens produced by Tuohy was approximately 11 mm. in diameter and 0.40 mm. thick. It was fitted somewhat flatter than the optic cap of the cornea, and had a peripheral curve known as a “scleral flange” which served the purpose of keeping the upper edge of the lens from impinging upon the sclera. This lens was immediately popular, but it had the disadvantage of riding upon the sensitive corneal apex and, due to the thick edges and large amount of edge stand-off, caused a good bit of “lid-bumping.”

In 1951, Wilhelm Sohnges of Germany, Frank Dickinson of England, and John Neill of America met at a London Congress and found that each had been independently experimenting with corneal lenses that were smaller in diameter and thinner than the Tuohy lens. They therefore coined the term “micro-lens,” which was used to describe a plastic corneal lens approximately 9.5 mm. in overall diameter, 0.20 mm. thick, having a single curve and being fitted some three or four diopters flatter than the optic cap of the cornea.4,7 ‘ 20 With the decreased thickness and weight, much of the “lid-bumping” was eliminated, resulting in a more comfortably fitting lens. Due to the fact that the lens was fitted flatter than the cornea, there was a rather pronounced apical touch which made the lens unwearable for a certain percentage of patients.

In 1955, Norman Bier introduced a corneal lens having multiple inside radii, which was later named the contour lens. The main advantage of this lens is that, due to the presence of flatter peripheral curves, the inside curve of the lens does not have to be fitted flatter than the cornea as was the case with the Tuohy lens and the micro-lens. An additional advantage is that the contour lens principle also permits lenses to be fitted with apical clearance. Bier14 describes the contour lens as having an average overall diameter of 9.65 mm., but varying from 8.0 mm. to 10.5 mm.; a central curve spreading over an area of 6.5 mm.; a peripheral curve from 0.3 mm. to 0.7 mm. flatter than the central curve; and a transitional curve 0.25 mm. wide.

Writing in 1958, Harold Moss outlined a method for prescribing corneal lenses by means of the contour principle, using a set of “control” lenses, having their central radii from 7.2 mm. to 8.45 mm., and secondary radii varying from 0.4 mm. to 0.8 mm. flatter than the central radius. He gave the overall averages of the lenses as: 9.65 mm. overall diameter; 7.0 mm. optical zone diameter; and 0.6 mm. flatter secondary radius. Moss based his fitting procedures upon Bier’s concept of the cornea having a central regular zone, surrounded by a negative zone of flatter curvature, and this surrounded by a steeper positive zone. Moss pointed out that practitioners for the most part had been prescribing a trade name, and that the procedure he presented would enable the practitioner to prescribe a lens with full information concerning the lens forwarded to the laboratory for its fabrication.

In 1956, Wesley and Jessen reported on a lens which was small enough in overall diameter so that it conformed to the optical zone, or “spherical” portion of the cornea and could, therefore, be fitted parallel to the Optical zone of the cornea. They reported using this lens construction successfully in overall diameters ranging from 6.0 mm. to 8.9 mm., and both with and without the use of bevels. Among the advantages cited by Wesley and Jessen for this lens construction were better centering, less spectacle blur, less possibility of dirt and dust getting underneath the lenses, less irritation, and quicker adaptation.