Trending
You are at:Home»Facts»7 Health Benefits Of The Nitro Cold Brew Coffee Maker 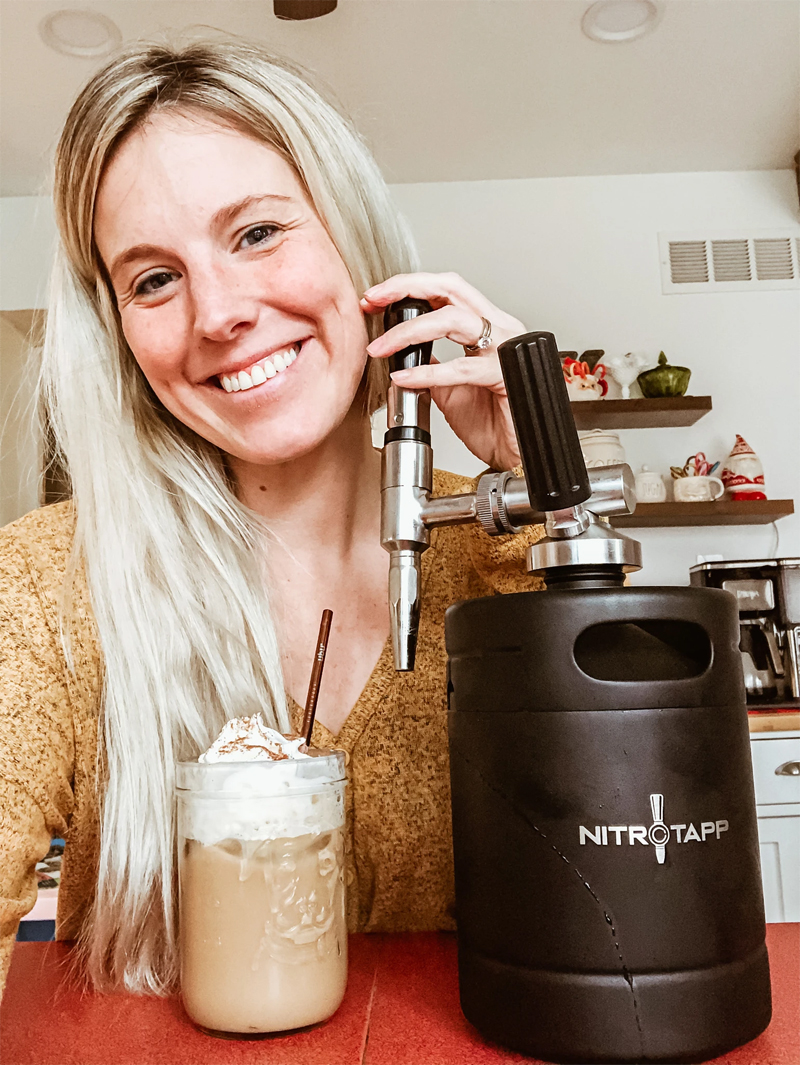 Whether you like it piping hot or ice cold, coffee is one of the best beverages on the planet. In fact, this brew is the second-most consumed drink in the world, according to the National Coffee Association. Each cup of caffeine you take forms part of the estimated 2.25 billion cups enjoyed by the rest of drinkers worldwide on a daily basis.

Cold-brewed coffee enjoys a huge following, but a nitro cold brew coffee, with its excellent taste and texture, is perfect for those who don’t want to be boxed in. From the regular stores to the more famous coffee shops, cups of these cold brew are served from specialized coffee makers to fulfill the exquisite tastes of caffeine afficionados.

But what makes this unique beverage special? And do you need a custom nitro cold brew coffee maker to have one? What are the benefits of drinking this rather non-traditional drink and having your very own coffee maker at home?

Get your cups and spoon ready, as we spill the beans and the cold truth about this beverage.

What is Nitro Cold Brew Coffee?

Despite the mystery surrounding this dark, delicious drink and the complexities involved in its preparation, a nitro cold brew coffee is completely what its name says. This type of coffee is served cold, thanks to the nitrogen gas infused with it. Wait, isn’t nitrogen a type of gas used in industrial applications? The answer is yes. But nitrogen is also the most common element in the Earth’s atmosphere, and nearly all living things count it as a major component.

While typically odorless, colorless and tasteless, nitrogen dramatically improves the flavor of another all-time favorite alcoholic drink, beer. Irish breweries have been using nitro taps to enhance the taste of ales, stouts, and lagers, and infuse flavor-enhancing froth in the process.

Is There a Custom Nitro Cold Brew Coffee Maker?

A pressurized valve is responsible for infusing nitrogen gas into the flavorful concoction, which starts as a cold brew coffee. The coffee beans are kept in a beer keg and then served on a draft, similar to how beer is served from tap. And like its alcoholic counterpart, nitro cold brew coffee looks like a serving of Guiness, at first glance – ultra creamy and foamy.

Serving cold brew coffee in a tap generates a naturally creamier and sweeter flavor even without the additives.

What Are the Health Benefits of Nitro Cold Brew Coffee?

Have you ever wondered what’s in your coffee that makes it so addicting and good at the same time? Apart from caffeine, your brew has the potential to contribute to your overall health and wellbeing. Snagging your own nitro cold brew coffee maker helps you enjoy the following health benefits:

Macchiato, Frappuccino, and caramel-flavored cold coffee drinks may be perfect for lovers of anything sweet and creamy, but they’re laden with sugar. If you’re on a diet and struggling to cut back on your sugar consumption, a cup of freshly-made nitro cold brew coffee is our best and safest bet. Nitro is taken without sugar, cream or milk, being naturally rich, creamy, and sweet. Even if you’re conservative in adding sugar to your coffee but consume more than two cups a day, sipping this cold coffee brew can save you a lot of unwanted calories.

The nitrogen gas imbued in this drink produces nitrous oxide, which makes it rich in healthy fats. Nitro cold brew coffee is less acidic that your regular coffee, making it more tummy-friendly. With this beverage, you no longer have to worry about stomach irritation, especially when you often end up with an upset stomach or hyperacidity from drinking a regular brew. As it’s less acidic, a nitro cold brew coffee is less bitter than regular coffee, too.

3. Nitro Cold Brew Coffee is A Great Source of Antioxidants

Coffee is rich in antioxidants, which fight free radicals produced by the body as a reaction to everyday stress. These free radicals cause cell degeneration and damage and harming various bodily processes that can lead to serious diseases. Antioxidants are also the body’s natural inflammation busters. And the long steeping process involved in making a cup of nitro cold brew coffee preserves these antioxidants and nutrients, so you’re not missing out.

Aside from antioxidants, nitro cold brew coffee is also loaded with other essential nutrients such as potassium, manganese, and vitamins B2, B3, and B5. To ensure you’re getting the best of these nutrients, it’s best to have a coffee grinder and coffee maker at home.

4. Nitro Cold Brew Coffee as an Energy and Brain-Booster

Each cup of coffee contains an estimated 100 milligrams of caffeine, a substance that stimulates the brain and nervous system. When caffeine runs through your bloodstream and reaches your brain, you’ll feel more alert and energized instantly. As such, it’s said to help improve the body’s cognitive functions, including memory and alertness. A cup of freshly-brewed coffee may help improve your mood, too. Caffeine is a common additive in medications to reduce various symptoms including drowsiness, headaches, and other body pains.

Ever wonder why your feel instantly better and refreshed after sipping your first brew in the morning? That’s because coffee has an ergogenic effect, which helps improve physical performance. In fact, athletes and some members of the US Special Forces are said to be taking this beverage to improve alertness, performance and endurance.

Aside from helping minimize a drinker’s sugar intake, a nitro cold brew coffee may also help you shed off some pounds. A cup of this caffeine-infused beverage increases your post-energy expenditure, or after-burn effect—the body’s capacity to burn calories even after a heavy physical activity. Coffee also acts as an appetite suppressant and increases metabolic rate. And, with nitro cold brew coffee, you no longer need to add sugar, milk, or cream, which drastically increases calories.

When mixed with proper diet and exercise, regular consumption of coffee may help reduce the risk of developing dementia and Alzheimer’s disease by up to 65%, according to a study.

Not only that, researchers from the American Cancer Society were quoted in an article published in cancer.org, indicating that coffee may reduce the risk of uterine endometrium and liver cancers, as well as other types such as head, neck, liver, colorectal, skin, breast, and endometrial cancer, because of its active biological compounds. The same article also noted that drinking coffee helps prevent type 2 diabetes. 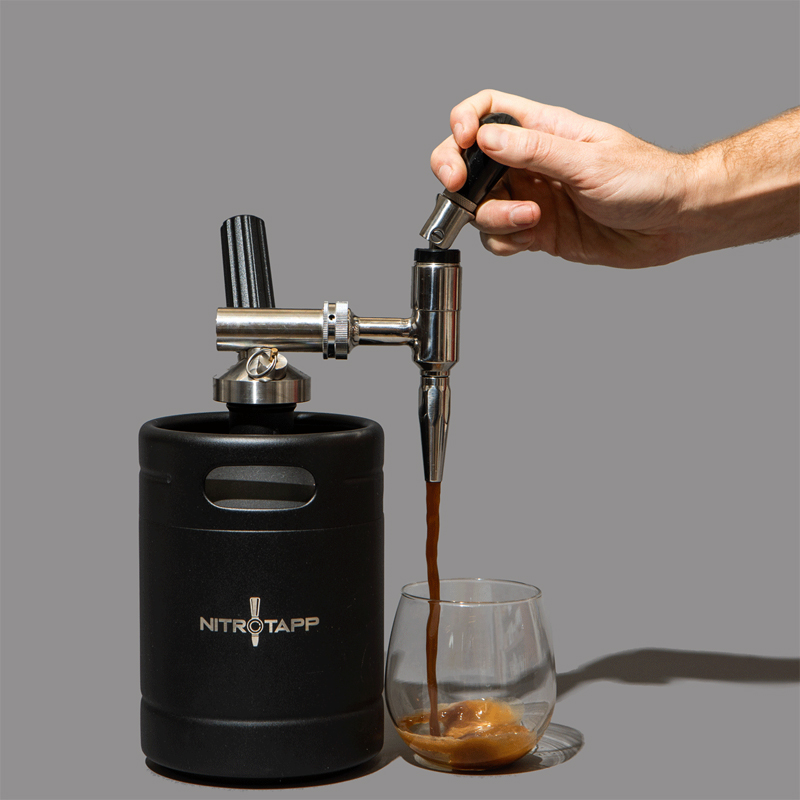 Aside from its superior taste and texture, cold-brewed nitro coffee also provides the body with a host of health benefits, making it a more attractive alternative to sugar-laden cold coffee drinks. If you want to have easy access to a strong, black, creamy and ice-cold beverage, it’s best to have a nitro cold brew coffee maker at home. More than giving your taste buds a boost, you’ll also enjoy the health benefits this famous brew provides.