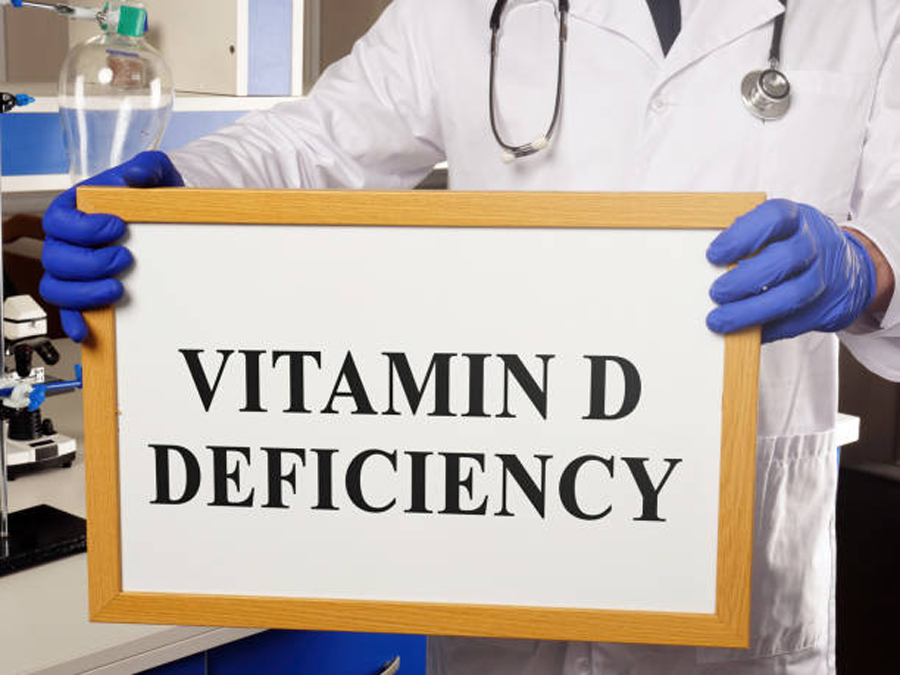 Dietary nutrition is measured on two levels. Macronutrients include fats, proteins, and sugars. The body extracts calories from macronutrients, which fuels processes such as building and repairing muscles, organs, and connective tissues.

While many diets focus on the intake and portions of macronutrients, they are simply one aspect of dietary nutrition. In addition to macronutrients, the body needs a variety of micronutrients, also known as vitamins and minerals, to perform optimally.  These substances do not provide calories, but they are essential in nearly all bodily processes.

Although the body can produce some micronutrients on its own, there are several vitamins and nutrients that the body can only receive from external sources. Without a balanced diet, individuals are susceptible to becoming vitamin deficient. Vitamin deficiencies are risk factors for the following conditions.

Latin for “soft bones,” this disorder arises due to an ongoing and severe vitamin D deficiency.  The body needs vitamin D to properly absorb calcium from food sources and deposit the mineral into the bones. Without a consistent intake of vitamin D and calcium, the bones become brittle, weak, and prone to breaking.

Although the body is capable of producing vitamin D on its own, vitamin D deficiencies are very common. This is because the synthesis process is triggered by UV exposure. People who live in countries with fewer sunlight hours or who have darker skin do not receive an adequate amount of UV rays to produce enough vitamin D.

Some disorders, such as kidney disease, also disrupt the body’s ability to produce vitamin D. As humans age, the ability to absorb calcium from food sources also diminishes.

Vitamin D deficiencies can be diagnosed through a simple blood test. Depending on the results, doctors may recommend a daily vitamin D supplement. Calcium deficiencies may be improved by adding rich sources such as spinach, salmon, and low-fat cheeses to one’s diet.

This disorder, also known as wet brain, is a complication from prolonged alcohol use. The disease progresses in two stages. The first, Wernicke’s encephalopathy, is reversible.

However, if treatment is not received in time, it can progress into Korsakoff’s syndrome, a debilitating and more difficult to cure condition.  Alcohol irritates the lining of the digestive system. The resulting inflammation hinders the body’s capacity to absorb important nutrients, most notably vitamin B1.

The body uses B1, or thiamin, to transform macronutrients into energy. If the ability to intake thiamin is disrupted, the body can become deficient in thiamin very quickly. Common side effects include extreme tiredness, weakness, and digestive issues.

Wernicke’s encephalopathy develops as the brain struggles to function without sufficient vitamin B1. Individuals with this condition may appear confused and uncoordinated. People often experience vision problems and unusual eye movements.

The thyroid is a small gland located on the windpipe, between the neck and the clavicle. The gland produces hormones that regulate the body’s metabolism. The thyroid needs iodine in order to function properly.

Natural iodine sources, such as shellfish and meat products, may not be accessible to everyone. For this reason, many common food products, including table salt, are fortified with iodine.

However, people can still become deficient. Many diets restrict sodium, which in turn limits iodine intake. Women who are pregnant or breastfeeding require additional iodine, and are more likely to become deficient without making significant dietary changes.

If iodine intake drops, the thyroid compensates by increasing hormone production. This can cause the gland to enlarge, causing a condition known as a goiter. Depending on the size and location of the goiter, thyroid disease may be treated with a special iodine treatment.

Zinc is a highly important mineral for maintaining health and supporting immune function, cell growth, and tissue repair. However, it is an essential mineral, meaning that the body must obtain all of its zinc from food. The highest quantities of zinc are found in meat, seafood, and animal products like dairy. This means that individuals who follow a vegan or vegetarian diet have a higher likelihood of developing a zinc deficiency.

Without enough zinc, the body has difficulty producing skin-building elements, such as collagen. This means that cuts take longer to heal, increasing the risk of infection. Topical ointments containing zinc can reduce healing time by boosting cell repair and fighting off bacteria.

The body uses iron to build red blood cells. These cells transport oxygen around the body. If iron levels are low, the number of red blood cells decreases. This leads to physical problems, like fatigue, muscle weakness, and dizziness. If blood cells dip below a certain threshold, it is classified as anemia. Like zinc, iron is a very important nutrient that is mostly found in meat products.  This makes vegetarians and vegans more susceptible to iron deficiency. Conditions that cause blood loss, such as menstruation or internal ulcers, can also cause the body to use up iron quickly and become deficient.

Mild to moderate iron deficiencies can be treated with dietary changes or supplements. Since vitamin c supports iron absorption, many iron supplements contain a combination of both nutrients.

Like Wernicke-Korsakoff Syndrome, beriberi is caused by a thiamin deficiency. However, this condition is caused by a lack of a varied diet. Beriberi is more widely prevalent in regions where people consume high-carbohydrate diets with few meat or vegetables. In developed regions, beriberi is usually caused by an underlying illness, such as AIDS. It is also a complication of bariatric surgery.

Beriberi can affect the circulatory system or the nervous system. Individuals with beriberi are usually treated with thiamine injections or supplements.

While most people experience vision difficulties in low-light settings, people with night blindness may not be able to navigate or drive safely in dimly lit conditions.  Night Blindness can be caused by several factors, including vitamin A deficiency.

Vitamin A comes from a variety of foods, including brightly colored vegetables and eggs. The body needs vitamin A to produce rhodopsin, which enables the eye to absorb light even in dim conditions. People with vitamin-deficient related night blindness can improve their vision by consuming more vitamin A rich foods.