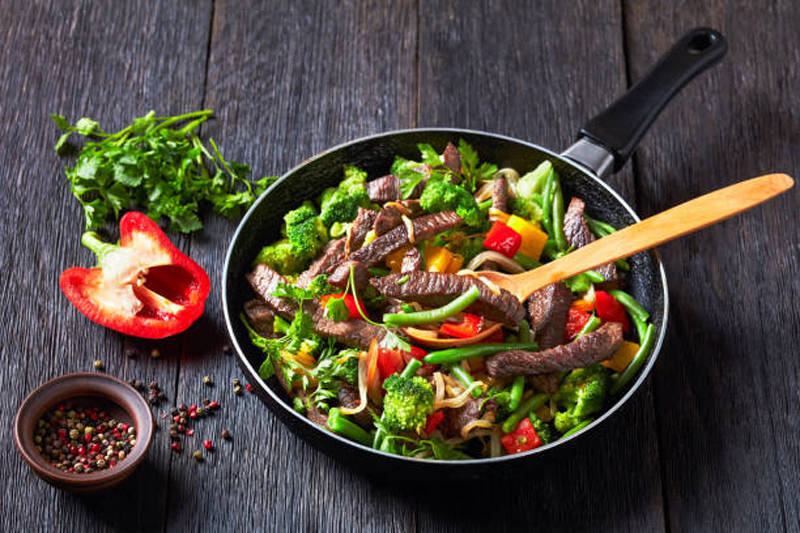 Following a keto diet can be frustrating, especially if you’re unsure of how to create a meal plan that still includes delicious eats. This becomes even more infuriating and hunger-pang-aggravating when you begin to limit ordering food from your favourite Mexican restaurants.

That’s why we’ve come up with a whole new list of meal options you can incorporate into your keto diet plan. Taco bell keto options and other Mexican dishes? Here are keto-friendly ones you can, and should, order with much gusto.

Okay. Before you go all-in on these soft taco shells the chain is awesomely famed for, ditch them. We know, we know. Soft taco shells are that oh-so-delightful slices of heaven. But they’re brimming with carbohydrates. Not exactly a keto-goody right there.

However, you can do a bit of tweaking to this bacon breakfast. Grab yourself a bowlful of their bacon, scrambled egg, and melted cheese. Then, exchange the soft taco or tortilla with another roll of scrambled egg, similar to what they utilize for their other keto-go-to Taco Bundle Naked Egg.

As a follow up to the paragraph before, let’s head to this taco bundle. What’s egg-citing about this is that it’s totally customizable! You can take your pick from bacon or sausage, and have either one enveloped in melt-in-your-mouth cheese, with layers of seasoned potatoes and nacho cheese sauce. These, you can have wrapped in a flattened fried egg.

This is a potato dish that you won’t get tired of, we’re pretty sure of that. What with the cheesy goodness it’s drizzled with. Plus, it’s Taco Bell’s mysterious yet sumptuous seasoning you’ll be in for, just as we are.

While you’re at it, order a side of guacamole. Keto enthusiasts understand that avocado is the miracle fruit that’s amazingly comprised of very few carbs. In contrast, avocados are high in “good” monounsaturated fat and diety fibres.

All beef, all buff? Definitely. This keto-approved bowl contains premium ground beef (seasoned, of course), refried beans (more on what you can do about this below), and sour cream. On top of that, cheddar cheese, grated in all its healthy dairy-magnificence.

Again, chuck the tortilla goodbye. At the same time, have the refried beans replaced with more ground beef and a trough of nacho cheese instead.

Beef is among the types of meat that is deemed a staple in all-things keto. It’s low in carbs but high in good fat and protein. Not to mention the variety of minerals in it which can boost muscle mass, muscle-mass-sustenance, and overall well-being.

Here’s another powerful keto meal— the Power Menu Bowl. It has earned its name for a reason. That reason? It’s loaded with beef or chicken, beans, and wonderfully seasoned rice.

You can leave the last two as they are, and for another non-keto diet. Having said that, if you really want to amp up your keto game, double up on the beef and set aside the chicken for later. Chicken is a keto staple, don’t get us wrong. Only, doubling up on this bowl’s beef portion will have you supporting muscle mass and growth on the double, too.

This one’s “grand” on any level and scale of keto-dieting. Roll out the red carpet for the Grande Scrambler. The Grande Scrambler a number that’s thick with potatoes and tortilla wraps. Having mentioned that, you know the drill. Skip the taters and wraps for now.

It isn’t your ordinary salsa in that a pico de gallo has more chunks than sauce. That’s more vegetables for you, to say the least.

It would be a mistake to let the word “mini” here fool you into thinking this isn’t worth your time. Or diet. The Mini Skillet Bowl. Taco Bell loves its potatoes, nacho cheese sauce, scrambled eggs, and pico de gallo. But here’s the deal. No potatoes for you in this round (as is the theme of a keto meal plan).

Substitute the tuber crop with steak. Yes, it’s a heck of a meatier substitute, indeed. Even better, ask for twice as much the average amount of scrambled eggs for this bowl.

Finally, chicken in the limelight! In the previous numbers, we’ve zeroed in on beef. In this part of our list, we’re giving the floor to poultry, aside from eggs.

As with many of their dishes, Taco Bell’s Chicken Quesadilla Melt is blanketed in a tortilla. Not to sound repetitive, but you’ll have to kick that tortilla to the curb. Even without it, you’ll have a plate full of chicken and cheese, drizzled with one of their signature sauces.

Chicken has vitamin B4 and Niacin, both of which are vital in increasing and/or stabilizing one’s metabolism.

More chicken, please! Taco Bell delivers once more with their Chicken Burrito Supreme. To keto-it up, no chicken, no beans, yet again. Voila! It’ll transform into a large burrito bowl. Think of it as a large serving of lettuce, tomatoes, cheddar cheese, onions and extra seasoned chicken.

By the way, if you’re feeling beef-ey whilst being “beefy” (in dish and muscle, consecutively), swap out the chicken with beef. For the extra mile, order the Burrito Supreme for the perk of customization.

Let the fiesta begin with the Fiesta Taco Salad. Codenamed the “taco salad”, that’s exactly what you get. Simple and no-frills. Easy.

Although the taco-shell bowl is what makes it look unique, no tacos for the keto-aficionado. Try to nit-pick the rice and beans, and set them aside along with the taco shell.

In essence, what you’ll be able to dig into is red strips (very crunchy, at that), tomatoes, and lettuce, with a yummy burst of sour cream and cheese. Add more veggies and some pico de gallo and you’re all keto-set.