Trending
You are at:Home»Herbs and Spices»Traditional uses and benefits of Anil indigo 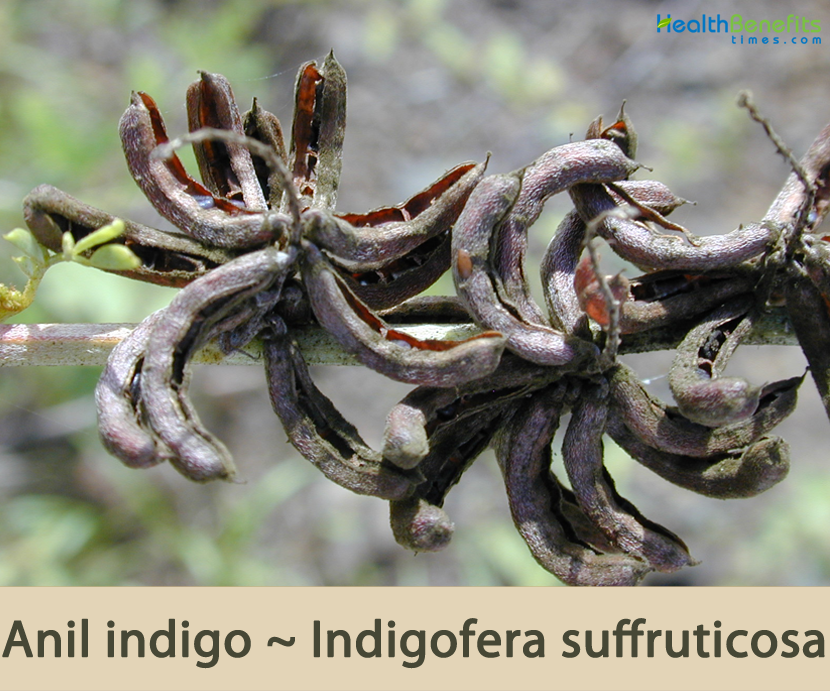 Indigofera suffruticosa, commonly known as Anil indigo, Guatemalan indigo or small-leaved indigo is a flowering plant in the pea family, Fabaceae / Leguminosae. The plant is native to subtropical and tropical Americas, including the southern United States, the Caribbean, Mexico, Central America, and South America as far south as northern Argentina. The species has naturalized in Hawaii and is present in American Samoa, Guam, and a large number of the Pacific Island groups. It has been introduced into tropical regions of the Old World. This species has been widely introduced to other parts of the world and today has a pan-tropical distribution. Few of the popular common names of the plants are Anil, Anil indigo, Anil de pasto, Anil-de-Pasto, Bengal Indigo, Ceylon Indigo, Indigo Plant, Madras Indigo, West Indian Indigo, Wild Indigo, Indigo bush, Guatemala Indigo, Markham Gungo and also Indigo.

Anil indigo has been known as ‘the king of dyes’ due to its fascinating deep blue color. It is commonly used as a source for indigo dye, and if mixed with Palygorskite clays, can produce Maya blue, a pigment used by the Mesoamerican civilizations. Medicinally, Anil indigo is applied to the bee and other insect’s stings to reduce pain and inflammation. Root decoction is used against stomach pain. The leaves are used for fever, and scrofula when combined with the bark of Philodendron chinense. Plant juice is used as a treatment for diarrhea.

Anil indigo is a stiffly erect, sparsely branched, perennial herb or woody shrub that normally grows about 1 to 2.5 m in height and 1 to 2 cm in stem diameter. It has a woody rootstock from which grows stems that are often woody and persist for more than a year but can also be herbaceous. The main stem is solid and is covered with a slightly rough dark brown bark. The younger branches are slightly pubescent and grooved. The plant is found growing in roadsides, bush fallow, dry to wet fields, thickets, waste ground, hillsides, sandbars, cultivated ground, pastures, clearings, and other disturbed areas in the tropics, sub-tropics and warm temperate conditions. It occurs in a wide variety of soils including those of low fertility, and will grow in areas of full sunlight or partial shade. However, it will not tolerate full shade. It can occasionally be found in wetlands.

The light green leaves are pinnately compound, about 5 to 8 centimeters long with 9 to 17 leaflets on a 1.5 cm petiole. Leaflets are narrowly oblong, pubescent and are 1.5 to 2.5 cm long and about 9 mm wide. The smooth blade is glabrous on the upper side and covered with a slight pubescence applied on the lower side which gives it a more greyish appearance. There are narrowly triangular, about 6 to 8 mm long lanciolate stipules at the base of the leaves.

Inflorescence occurs in an axillary raceme, 2-6 cm long.  Bracts are narrowly triangular and pedicel up to 1 mm long. Corolla is 4-5 mm long, salmon pink to red colored. Calyx is campanulate, 1 mm long, teeth triangular and 1 mm long.  Standard petal is ovate to orbicular, 4 mm long and 3 mm wide, brown-hairy on the back, wings 3 mm long and 1 mm wide, glabrous. 10 stamens are found, 1 free, 9 connate into a staminal tube 3-4 mm long. Ovary is hairy, style with capitate stigma. Stamens are 3-4 mm long. The flowers open progressively from the bottom to the top are grouped in lateral clusters. Flowering normally takes place in between March and May. 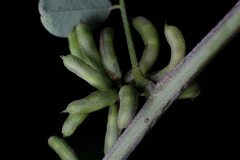 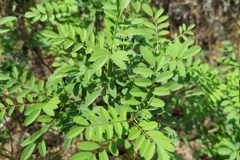 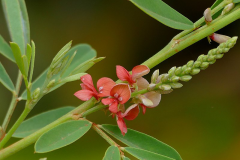 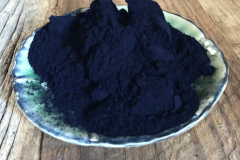 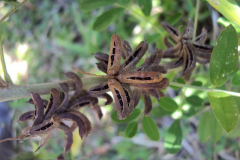 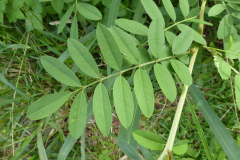 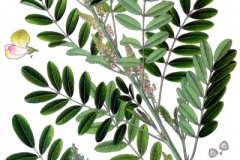 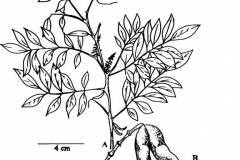 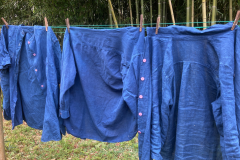 Seedlings are readily controlled by hoeing. Established plants have a deep root system but do not regenerates from below ground so may be controlled by suitable cultivation.

No known attempts have been made at biological control.

In Vanuatu, a triclopyr/picloram mixture is recommended to be applied to young growth after slashing to 30-40 cm height and wetting of foliage is important. However, spraying is pointless where there is not an adequate under-storey of native or improved grass and legume, and if not, recommended pastures should be sown.

A Herbs and Spices
Share. Twitter Facebook Google+ Pinterest LinkedIn Tumblr Email
Previous Article6 Necessary Kitchen Items to Prepare Super-Healthy Foods
Next Article What to do if eating well is not helping you lose weight