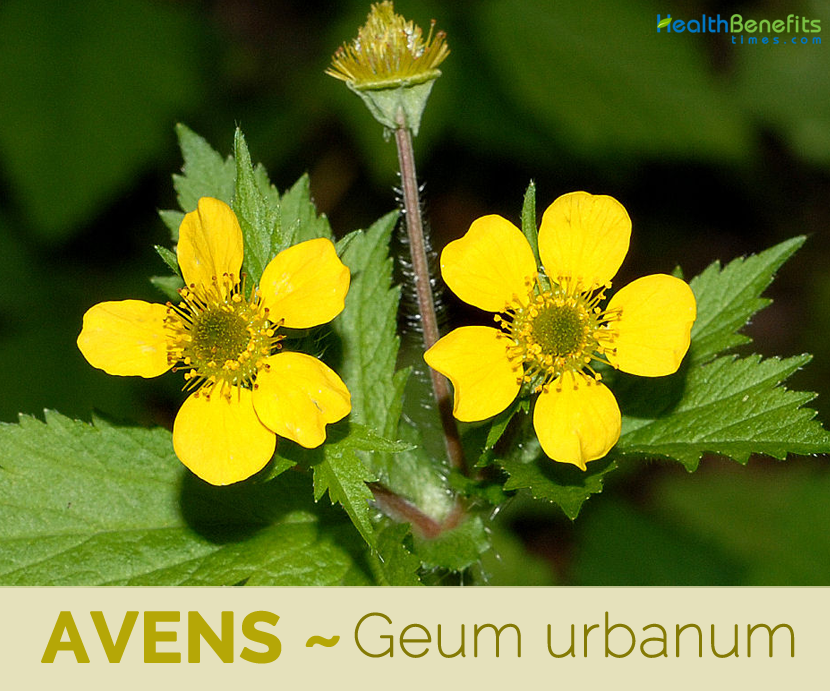 Geum urbanum, also known as Avens, wood avens, Star of the Earth, Wild Rye, Bennet, Colewort, Goldy Star, Goldy Stone, Clove Root, Old man’s whiskers, Herb bennet, Chocolate Root, City Avens and Way Bennet, is a perennial plant in the rose family (Rosaceae), which grows in shady places, forests, at the edge of forests, at hedges and near walls in Europe and the Middle East. Avens has a botanical name “Geum” that comes from the Greek word geno, a word that means to “yield an agreeable fragrance”; one reason for this name is that when the root is dug up fresh, it has an aroma that is similar to the smell of cloves. Avens is a remedial herb with numerous medical benefits. Previously, the root of some Avens was used in cooking purposes as a substitute for cloves. The Avens root (except Water Avens) smells and tastes like cloves. This helps in the identification of Avens.

Avens is a perennial plant that grows about 20 and 60 cm tall. The plant is found growing in forests, at the edge of forests, at hedges and near walls. Well drained and average soil in a garden will be sufficient to grow the avens. However, soil rich in humus and organic matter is normally best to grow the avens. Rhizomes are 1 to 2 inches long terminating abruptly, hard and rough with many light brown fibrous roots. Stems are thin, nearly upright, wiry, slightly branched, from 1 to 2 feet in height, of a reddish brown on one side.

Leaves vary considerably in form, according to their position. The radical leaves are borne on long, channeled foot-stalks, and are interruptedly pinnate, as in the Silverweed the large terminal leaflet being wedge-shaped and the intermediate pairs of leaflets being very small. The upper leaves on the stem are made up of three long, narrow leaflets: those lower on the stems have the three leaflets round and full. The stem-leaves are placed alternately and have at their base two stipules (leaf-like members that in many plants occur at the junction of the base of the leaf with the stem). Those of the Avens are very large, about an inch broad and long, rounded in form and coarsely toothed and lobed. All the leaves are of a deep green color, more or less covered with spreading hairs, their margins toothed.

Flowers are rather small for the size of the plant, are on solitary, terminal stalks and about 1 – 2 cm in diameter. Corolla is composed of five roundish, spreading, yellow petals, the calyx cleft into ten segments – five large and five small – as in the Silverweed. Flowering normally takes place from May and August. Fruit is actually formed of a mass of dark crimson achenes, each terminating in an awn, the end of which is curved into a hook. Formerly, the root of some Avens was used in cooking purposes as a substitute for cloves. The Avens root (except Water Avens) smells and tastes like cloves. This helps in the identification of Avens.

There are various types of Avens.

Scientific name for Mountain Avens is Dryas Octopetala.  It can mainly be found in the rocky lands of the Central and Eastern Arctic. It can also be found in high mountain areas of Northern Wales, Northern England, Scotland, and in Asia. They are evergreen or semi-evergreen plants. The flowers are of a creamy white color and are quite popular for rock gardens.

Scientific name for Water Avens is Geum rivale. Water Avens can mainly be found in Europe, and also in Central Asia and North America. They need moist living conditions and grow near the edges of lakes or rivers. The whole plant is used to make medicines.

Scientific name for this type of Avens is Geum aleppicum. They can also be found in Eastern Europe, Asia and North America. The plants can grow up to 1 m tall and has yellow flowers.

Scientific name for the White Avens is Geum canadense. The plants are 1½–2½ inches tall on an average. White Avens can commonly be found in woodland borders, meadows, and Clear spaces in wooden areas. These plants can adjust well in disturbed areas. 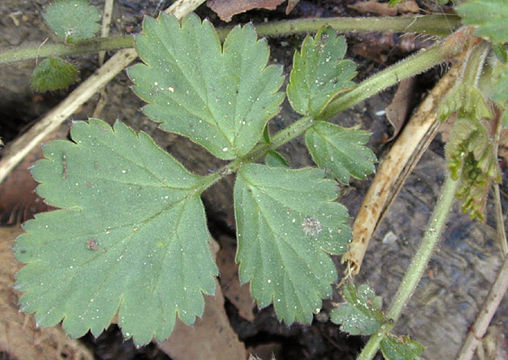 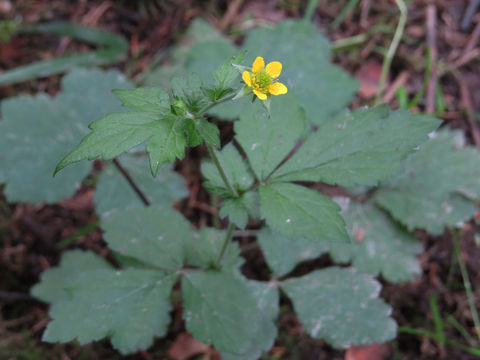 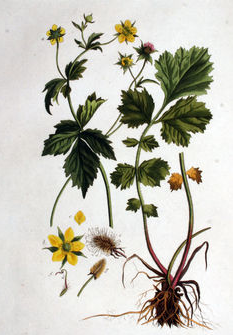 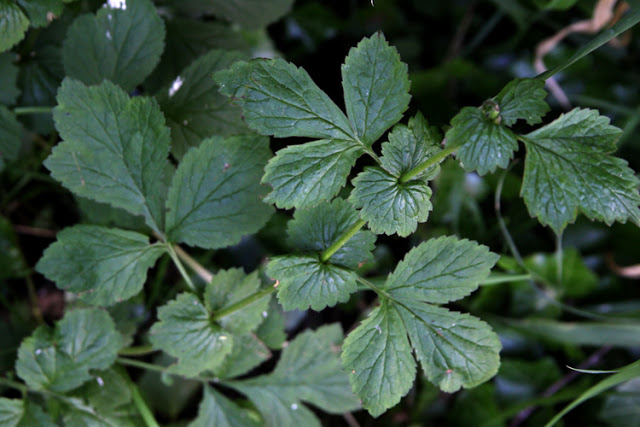 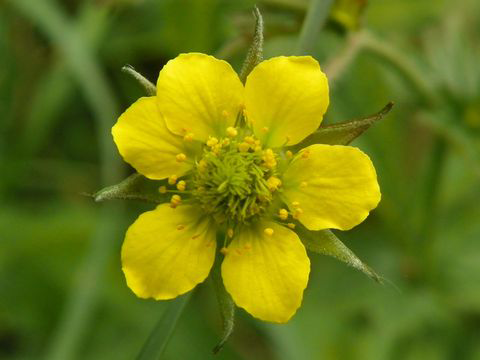 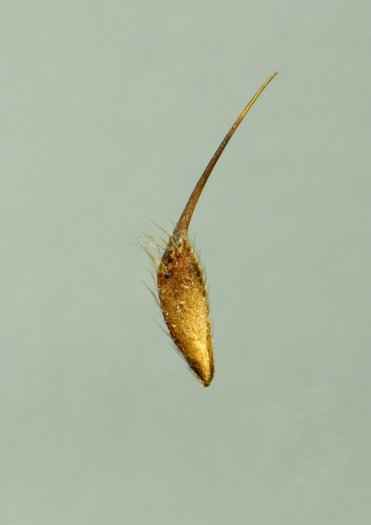 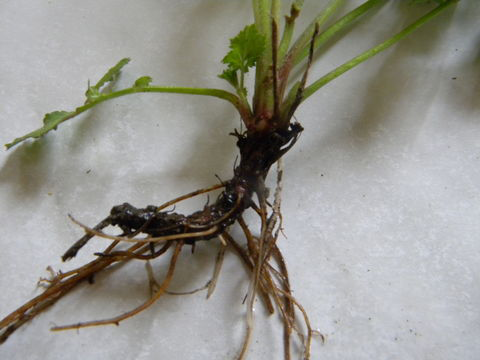 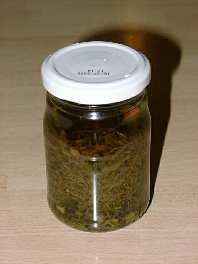 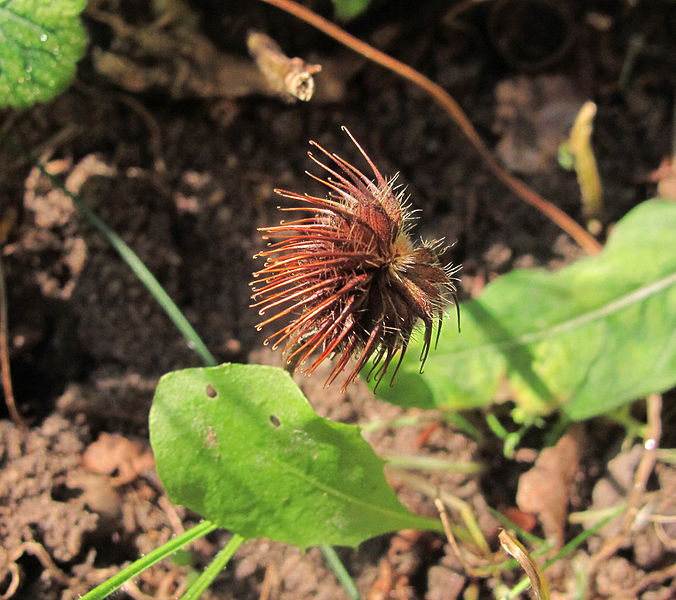 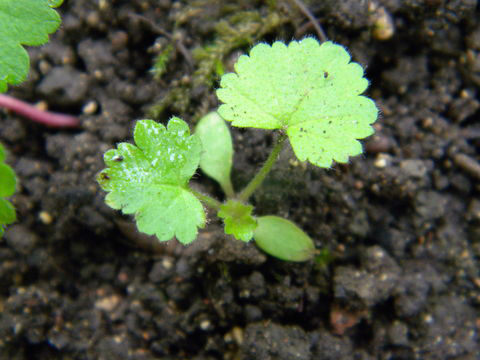 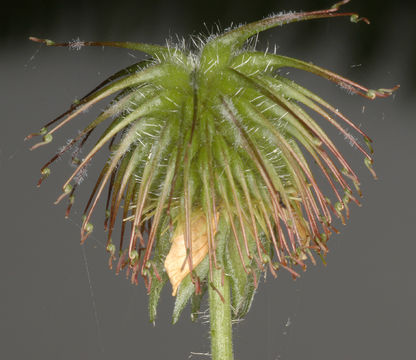 Geum urbanum herb and roots have been used in the traditional Austrian medicine internally as tea for treatment of rheumatism, gout, infections, and fever. Modern herbalists use it to treat diarrhea, heart disease, halitosis and mouth ulcers, and to prevent colic. Not all of these uses are supported by scientific evidence. Listed below are few of the health benefits of using Avens

This herb is also utilized in treatment of symptoms which lead to hemorrhoids. These are used in the ointments which are made as cure for these issues.

2. Helpful in treating a number of Digestive Issues

3. Helps in Maintaining the Health of Liver

This herb is also known to facilitate the process of detoxification in the body. It mostly clears the liver out of its toxins and is utilized for maintaining its health.

As mentioned before, the decoction produced from the roots of this herb is utilized for treating scars as well as wrinkles on the skin. It is one of the very common ingredients utilized in numerous beauty creams.

6. Acts an anti-dote for some poison

Roots of this herb is also known to act against the issues of food poisoning and are a good option to consume in case suffering from poisoning due to alkaloids as well as heavy metal poisoning.

Avens are one of the common herbs which have been utilized for relieving issues such as fever. It can be stored in the dried form and the can be used as first aid in numerous such conditions.

8. Helpful in Cases of Menstruation

Avens are known to be very much helpful in treating excessive vaginal discharge while at the same time relieving the symptoms of PMS.

Traditional uses and benefits of Avens

Combine all the ingredients in a large jar. Store away from light for 1 month. Shake every 2 or 3 days. Strain.

Take 1 oz. (25 ml) before each meal in case of a lack of appetite or a weak stomach, and 1 hour after each meal in the event of sluggish digestion or flatulence. It is used as a pick-me-up when convalescing or overcoming fatigue, and also as an anti-diarrheic.