Trending
You are at:Home»Vegetables»Health benefits of Balsam Apple – Momordica balsamina 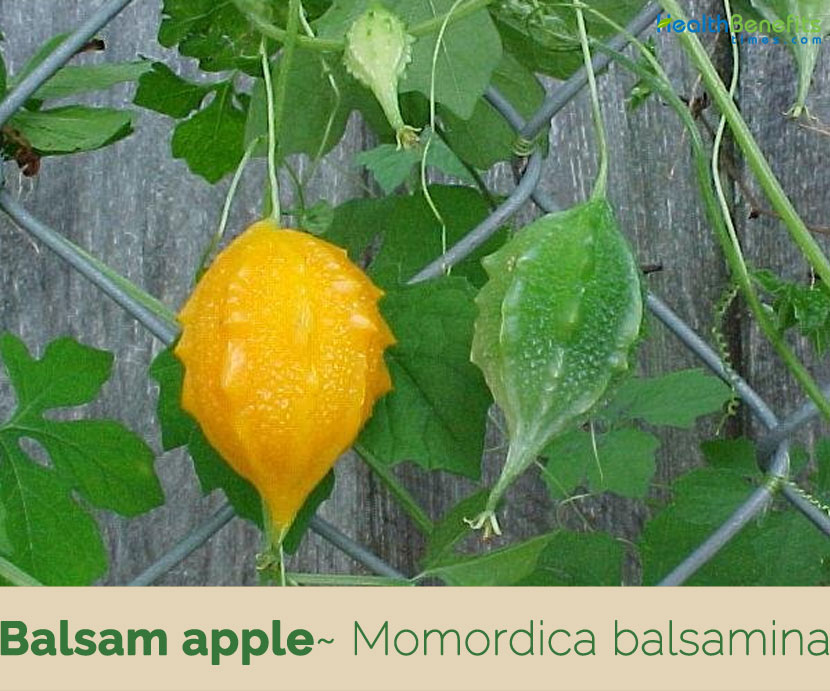 Balsam apple or balsamina scientifically known as Momordica balsamina is a tendril-bearing annual vine belonging to the family Cucurbitaceae. The plant is native to the tropical regions of South Africa, introduced and invasive in Asia, Arabia, India, Australia, and Central America. The balsam apple was introduced into Europe by 1568 and was used medicinally to treat wounds. In 1810, Thomas Jefferson planted this vine in his flower borders at Monticello along with larkspur, poppies, and nutmeg. Balsam apple, Bitter apple, Southern balsampear, African cucumber, balsam pear, balsamina, common balsam apple, bitter melon and cundeamor are some of the well-known common names of the plant.

The genus name Momordica could perhaps refer to the sculptured seeds or the uneven appearance of the fruits, which look as if they had been bitten; the Latin mordeo means to bite. However, Jackson (1990) doubts this explanation. The specific epithet balsamina means ‘like balsam/balm’, from the Latin balsamum, and refers to one of the medicinal uses of this plant. Some people indicated that the outer rind and the seeds of the fruit are poisonous; however the Tsonga people found in the northern region of southern Africa eat the leaves of the plant along with the fruit which bears its name. The leaves and green fruit are cooked and eaten as spinach, sometimes with groundnuts, or simply mixed with porridge. The young leaves contain vitamin C. The raw ripe fruits are also eaten.

Balsam apple is a trailing or climbing, monoecious, annual or short-lived perennial tendril-bearing herb that normally grows up to 5 meters long. The plant is found growing in coastal bush land on sand, in woodland, wooded grassland and riverine fringes, on river banks, in dry river beds, disturbed areas, hammocks, roadsides, fencerows, grassland, savannah and forest margins. The plant is found growing in white, yellow, red and grey sandy soils, also in loam, clay, alluvial, gravelly and calcareous soils. It requires a soil rich in organic matter if optimum yields are to be achieve. The plant has soft stems and tendrils that climb up shrubs, boundary fields and fences. Stems are prostrate or scandent, to 2·7 m, finely, rather sparsely crispate-pubescent, especially at nodes. It is velvet-hairy to becoming hairless.

Leaf-blade are broadly ovate, reniform or orbicular in outline, cordate, usually somewhat pubescent, 10–90 mm. long and 12–120 mm. broad, palmately 3–5-lobed to about the middle or below, with the lobes broadly ovate- or elliptic-rhombic in outline, narrowed below, sharply sinuate-dentate or dentate-lobulate and the apices and marginal teeth apiculate. Petiole is pubescent and 4–60 mm. long. Leaves are waxy, lower surface is paler than upper surface.

Flowers are solitary, male and female flowers on the same plant (monoecious). Male flowers are prominently bracteate (subtended by a leaflet), bract ± ovate, to 18 mm long, pallid, green-veined, calyx green to purplish-black, corolla white to yellow, apricot or orange, green-veined, with grey, brownish or black spots near the bases of the three inner petals, 10-20 mm long, anthers orange. Female flowers are inconspicuously bracteate, corolla rather smaller than males. Flowering normally takes place in between August and November in Pakistan, May to September in the USA and June to July in Australia.

Fertile flowers are followed by spindle shaped, dark green with 9 or 10 regular or irregular rows of cream or yellowish short blunt spines, ripening to bright orange or red, 25-60 mm long; opening automatically more or less irregularly into three valves that curl back (also opens when the tip is touched). Seeds are ovate in outline, rather compressed, up to 11 mm long, light brown, surface sculptured. The fruit is eaten by birds, ants, probably by some mammals (though not recorded) and also by humans. 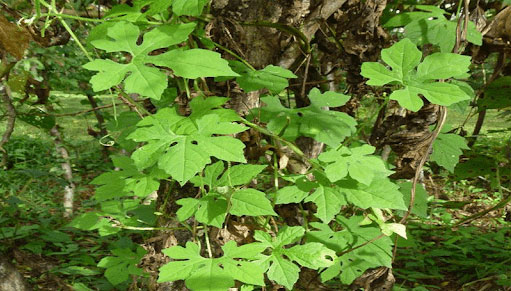 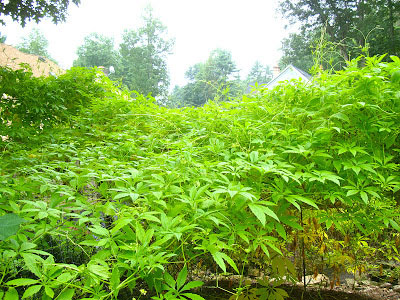 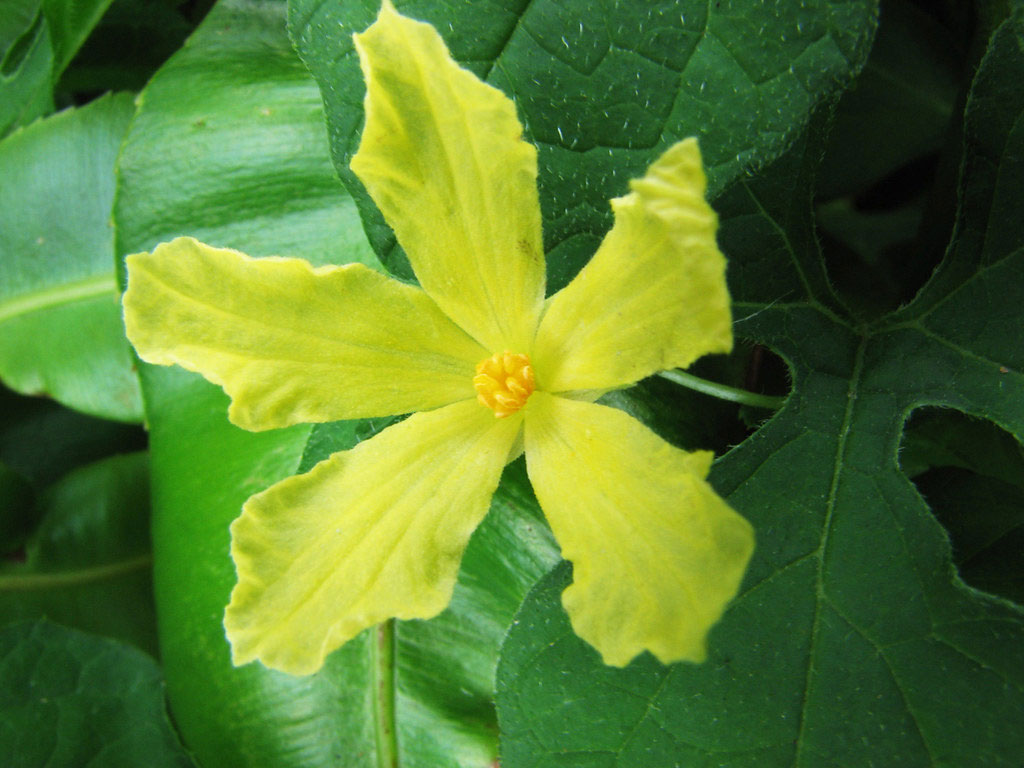 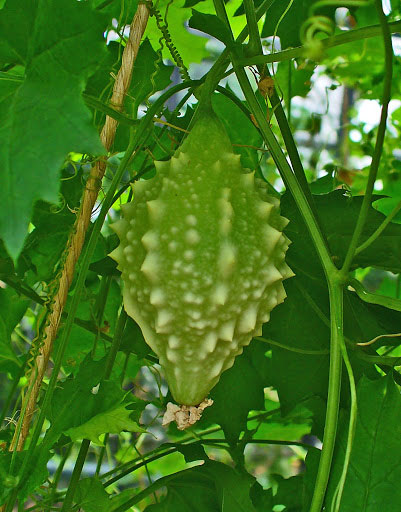 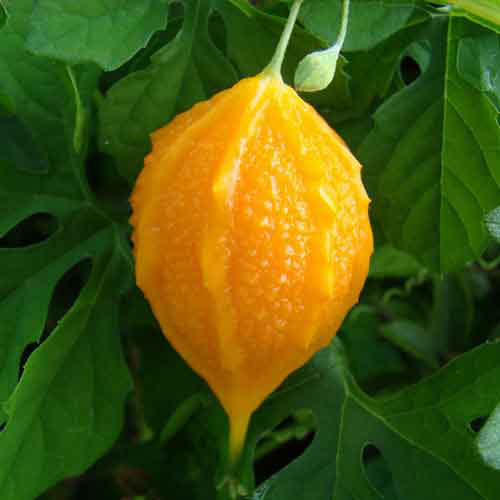 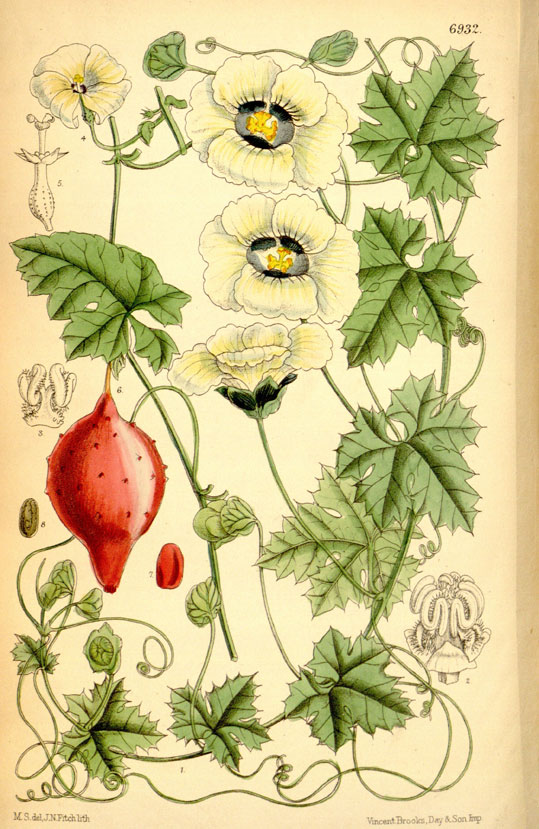 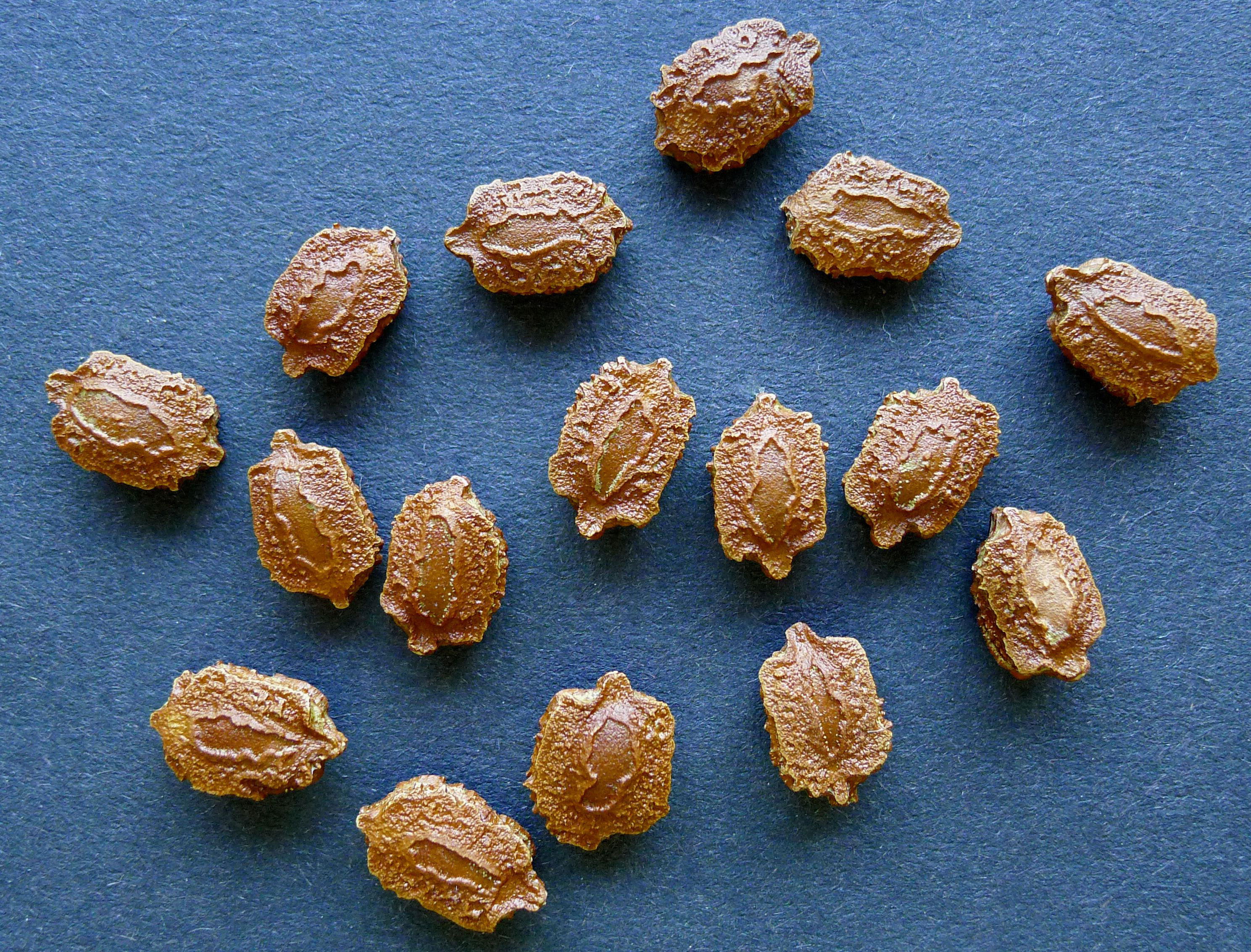 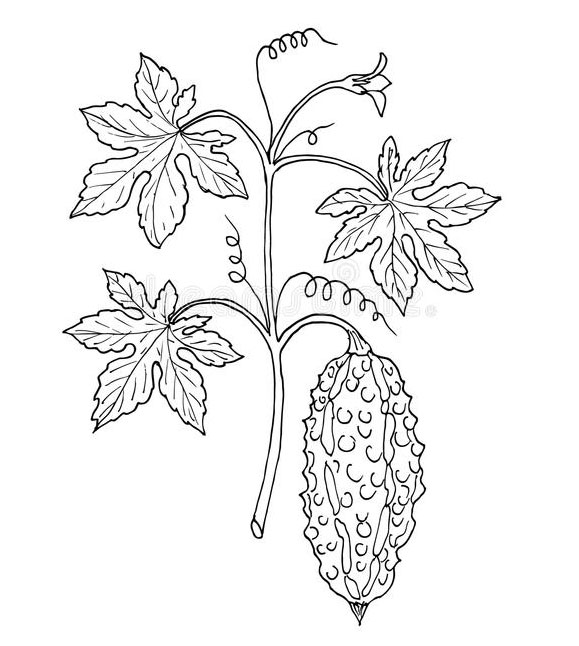 Additionally, there are numerous surprising health benefits of balsam apple fruit which are listed below:

Balsam apple fruit has no cholesterol and less fat that perhaps helps to protect the heart. Heart diseases commonly occur when the body has an excessive amount of fat including cholesterol and consequently, the fruit may prevent them.

As previously mentioned Balsam apple fruit is equipped with vitamin C and it supports for healthy skin. It gives you smooth and soft skin as well as protects it from pimples or acne. Since then, the fruit is appropriate for women who are likely to have a healthy skin.

Vitamin C is one of antioxidants that are common with its ability to boost immune system, where you can find it in balsam apple fruit. Immune system is significant thing and therefore the fruit is recommended for those who are having many activities. For the best result, it is better to combine the consuming of the fruit with other healthy foods.

Vision will improve by consuming balsam apple fruit because the fruit consists of vitamin A about 54 IU, or you can read in vitamin a benefits. Additionally, it also supported by other antioxidants that can prevent some conditions such as cataract and even for night blindness.

Balsam apple fruit helps to strengthen bones due to vitamin K, as well as other antioxidants. Bones will get stronger not only by sufficient amounts of calcium but also vitamin K, where most of people don’t concern about it. Additionally, that vitamin also protects bones from such condition like osteoporosis.

The combining of less fat and lots of dietary fiber makes balsam apple fruit can help you to lose weight. Actually many fruits are recommended by the doctor as diet treatment, including for balsam apple fruit. The reason is because some fruits have more vitamins and less of cholesterol and fat which would be beneficial for the health of the body.

Vitamin C found adequately in balsam apple fruit helps in promoting hair growth. The fruit probably prevents the hair from hair loss that it may lead to a healthy hair. As the hair is strong, your hair may thicken and also can increase the confidence.