Trending
You are at:Home»Fruits»Facts about Barbados gooseberry 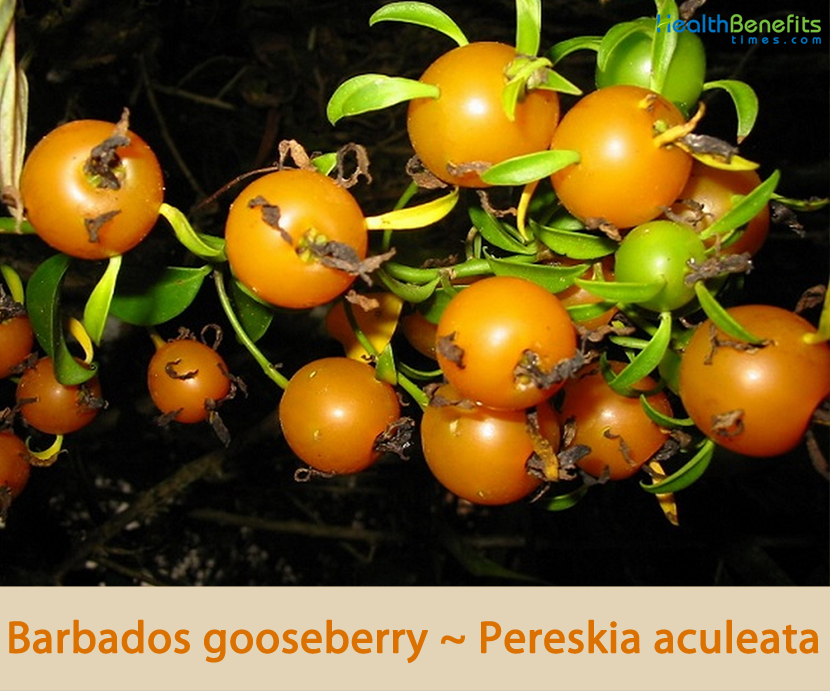 Unlike other cacti, Barbados gooseberries are leafy, climbing shrubs with spiny, non-succulent stems. A unique feature of this cactus is the ability to spread quickly and use other vegetation to anchor itself to. It also has the ability to re-grow from fallen leaves and fragments of its stem. Barbados gooseberries have high nutritional content in both the fruit and leaves. The fruit is a good source of vitamin A, and it contains high water content. It also offers a low amount of calcium, protein, and phosphorus. The leaves have been found to be an excellent source of protein, and they contain iron, calcium, phosphorus, and magnesium in levels much higher than in spinach and lettuce. It is a popular vegetable in parts of the Brazilian state of Minas Gerais under the name of ora-pro-nóbis. This shrub is considered an aggressive invasive species and is banned in many countries like South Africa and Hawaii because of its destructive nature.

Barbados gooseberry is an erect woody shrub when young, becoming scrambling or climbing vine like with age. The plant grows up to 10 m high in trees, with stems 2-3 cm thick. Younger stems have hooked thorns and older stems have clusters of woody spines. It is a potential weed of riparian areas, urban bush land, open woodlands, dry forests, rocky areas, grassland, scrubland, tropical hammocks, savanna forests, coastal dunes, roadsides, urban open spaces, rocky areas in mesophytic forest, resting and dunes near the sea and coastal environs in tropical, sub-tropical and warmer temperate regions. The plant grows in many soil types and different levels of fertility, preferring deep soils that have good drainage. The plant is drought tolerant and does not do well if over watered.

It older stems are woody and bear long and slender clusters of straight spines 1-5 cm long on the branches they are short and curved. Younger stems are fleshy in nature (i.e. succulent) and hairless (i.e. glabrous). They bear one to three smaller spines (3-5 mm long) in the leaf forks (i.e. axils).The stem has a mucilaginous sap. It has the ability to re-grow from pieces of stem and even from detached leaves.

The alternately arranged leaves are often clustered towards the tips of the branches. They are somewhat fleshy (i.e. succulent) and are borne on short stalks (i.e. petiols) 3-7 mm long. These leaves are 4-7 cm long and 2-4 cm wide and are oval (i.e. elliptic) or egg-shaped in outline (i.e. obovate) with entire margins and pointed tips (i.e. acute apices). They are often pale green in color, especially when growing in a sunny position, and are smooth and hairless (i.e. glabrous).

The semi-transparent white, yellowish or pink-tinted flowers are 25-40 mm across have a sweet and pungent odor and are borne in clusters in the leaf forks or at the tips of the branches (i.e. in axillary ot terminal panicles). The flowers have several leafy projections, and often also some small spines, on their ovaries, which can be easily mistaken for sepals. They have several white or pale yellow ‘petals’ (i.e. perianth segments or tepals) that sometimes turn pale pinkish in colour as they age. Each flower also has numerous stamens that are shorter than the ‘petals’. Flowering occurs mostly during summer.

In Jamaica, the plant blooms in June and again in October and November; fruit mature in March and October. In Brazil, the fruit ripen in August–September. On the warm north coast of Honduras, it tends to produce fruit most of the year. Honeybees and other insects are frequent visitors to the flowers and are believed to be the main pollinating agents.

Fertile flowers are followed by fleshy, round, oval or pyriform berry that is 15-45 mm across.  Fruits are initially green turning to yellow and then eventually orange in color as they mature. Fruit has a thin, smooth, leathery skin. The curling, leafy sepals of the calyx cover the fruit and fall when the fruit reaches maturity. Few spines are found on the fruit. When fully ripe, the white fruit pulp is juicy with a sub-acid to tart flavor. The fruit are also edible, containing numerous small seeds. Seeds are black, somewhat flattened, 4 to 5 mm in diameter; hilum basal, circular, depressed, or crater-shaped. It somewhat resembles the gooseberry in appearance and is of excellent flavor. Capuchin and brown howler monkeys feed on the fruits, and in some regions of Brazil are its main dispersers.

The Barbados gooseberry is supposed to be indigenous to the West Indies, coastal northern South America and Panama. It is seldom found truly wild but is frequently grown as an ornamental or occasionally for its fruits in the American tropics, Bermuda, California, Hawaii, Israel, the Philippines, India and Australia. In many areas it has escaped from cultivation and become thoroughly naturalized. It was growing at the Agricultural Research and Education Center in Homestead in the early 1940’s and running wild to some extent in the Redlands, but has since disappeared, possibly destroyed by winter cold or excessive rainfall. At least one nursery in Winter Haven, Florida, is now growing the plant in quantity. Gardeners had to give up the plant in South Africa in 1979 when it was banned as an illegal weed because it had been invading and overwhelming natural vegetation. It is frequently grown in greenhouses and as a house plant in temperate regions of both hemispheres. Horticulturists often use this species as a rootstock on which to graft other less vigorous cacti. 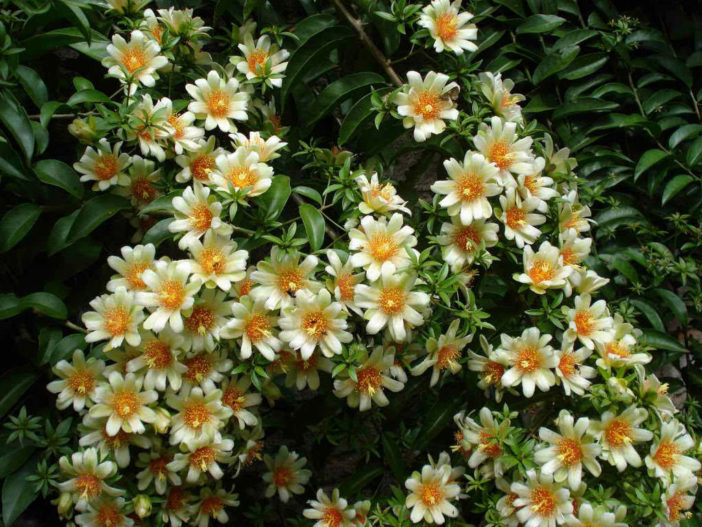 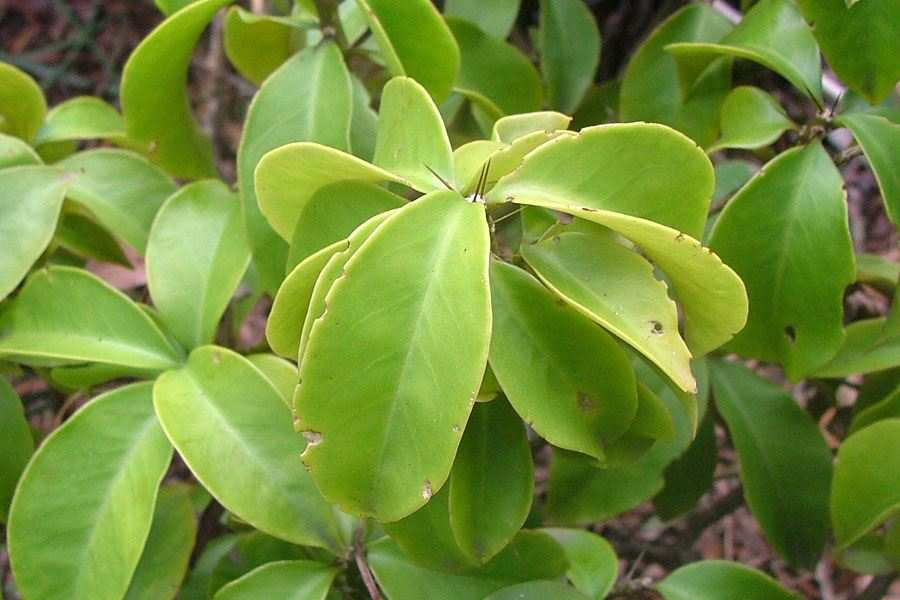 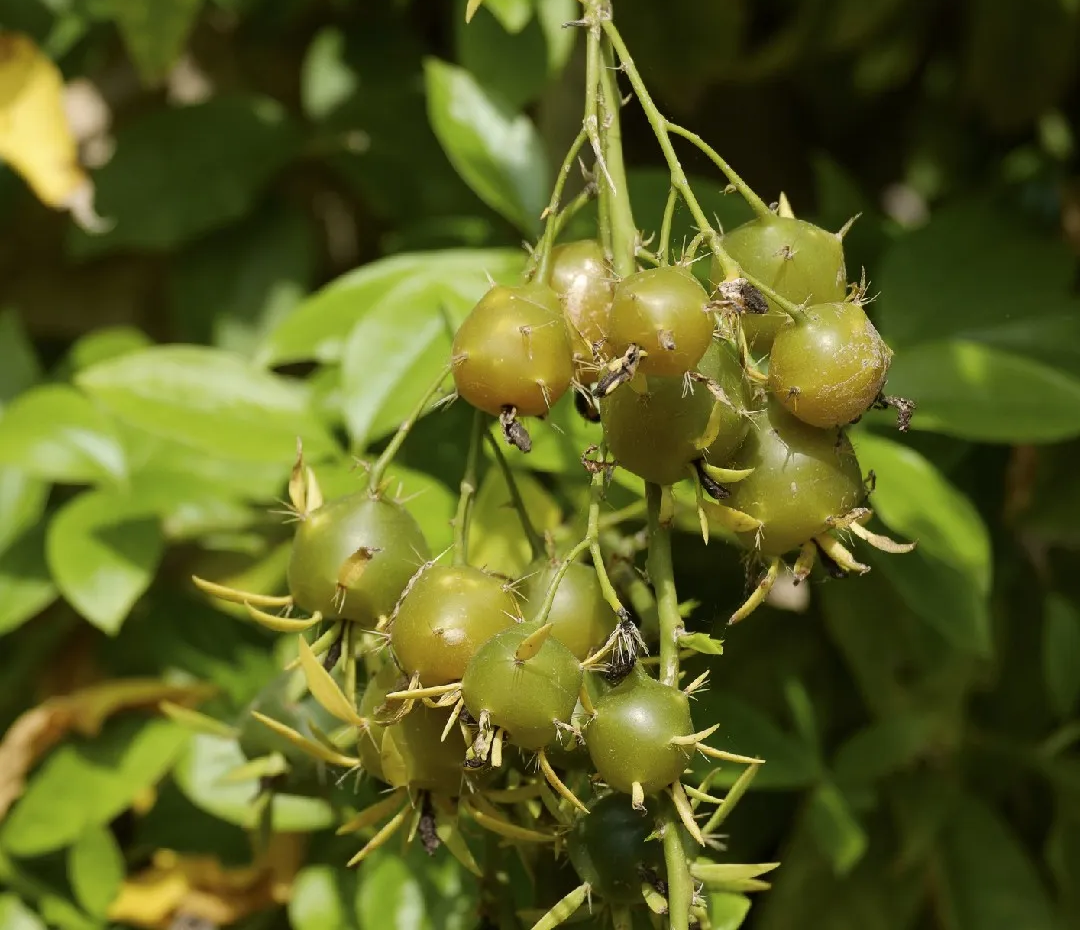 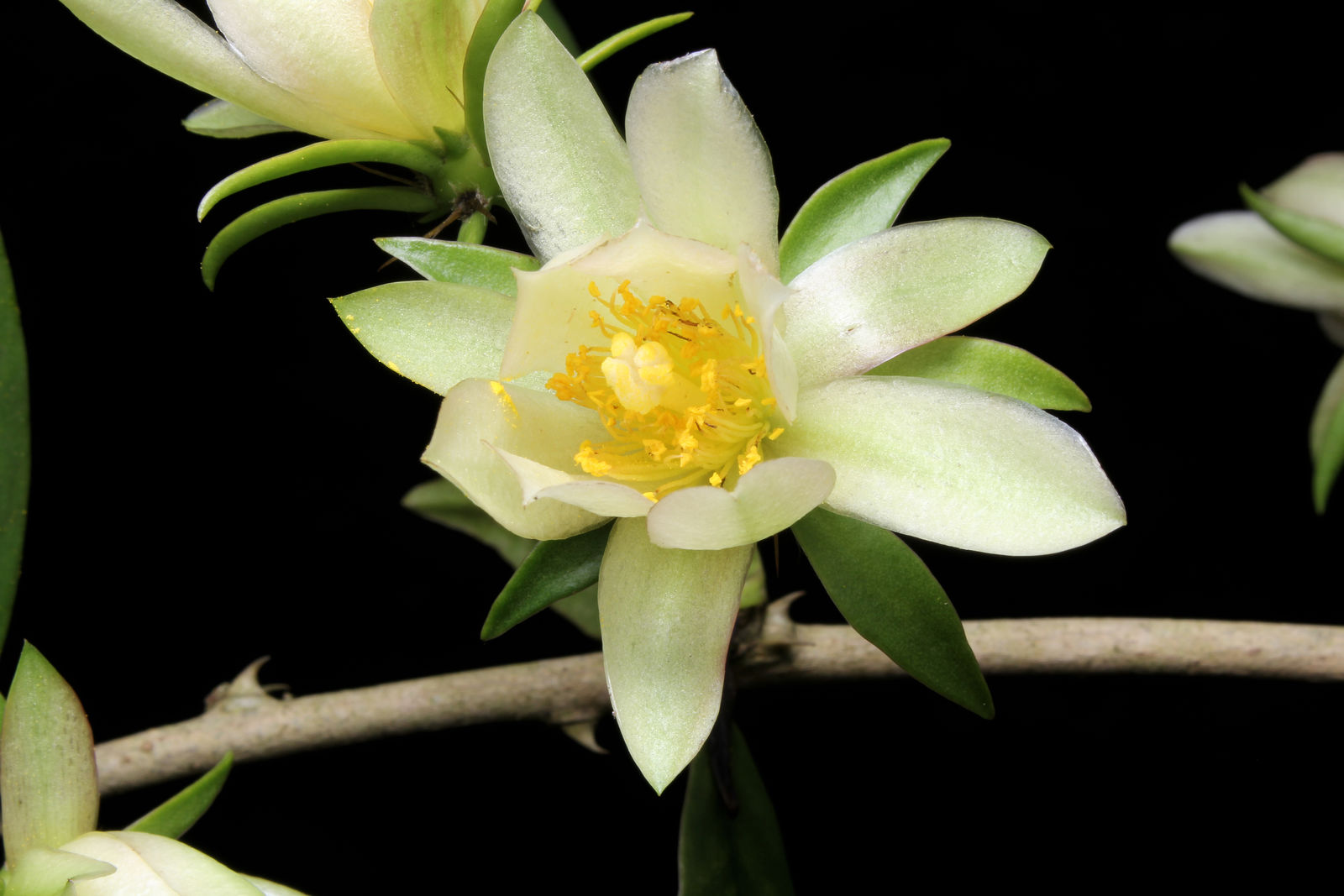 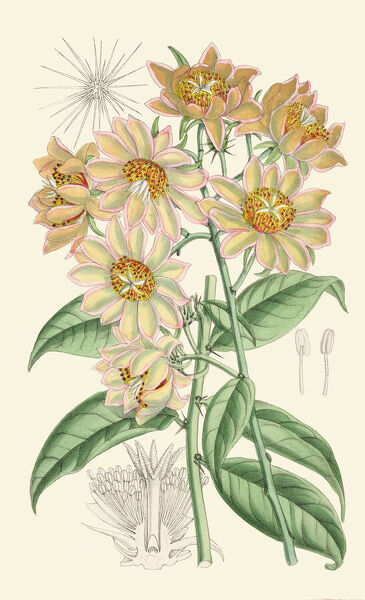 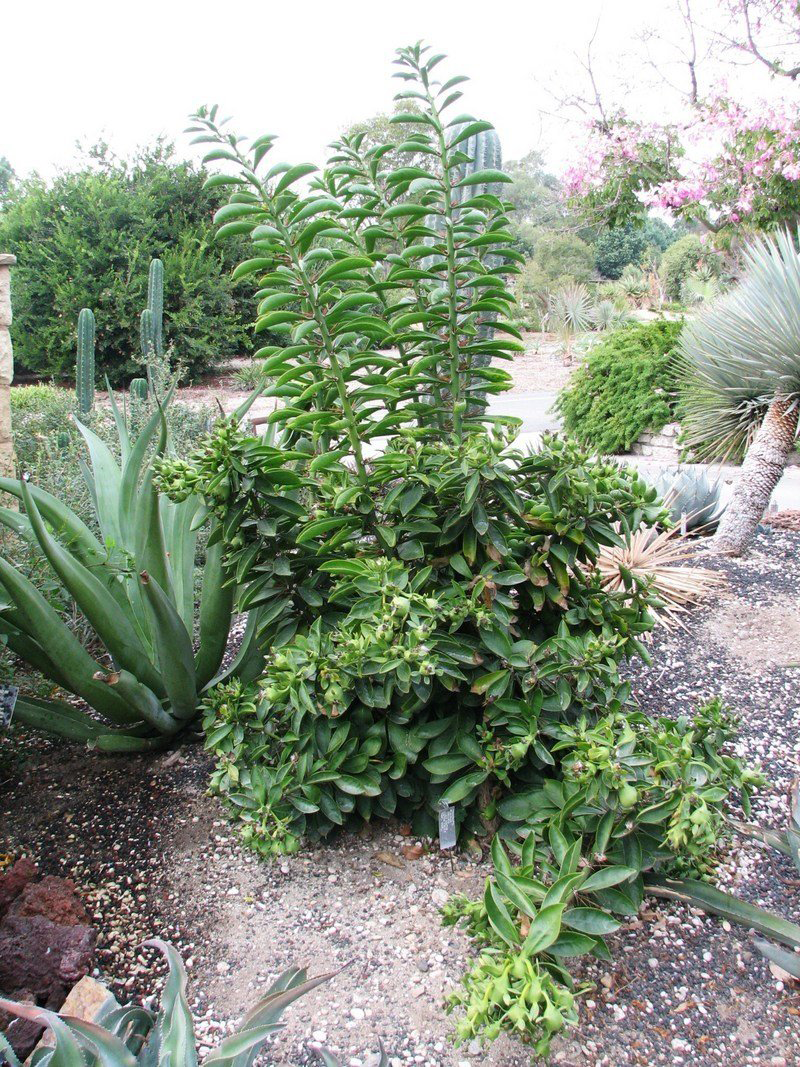 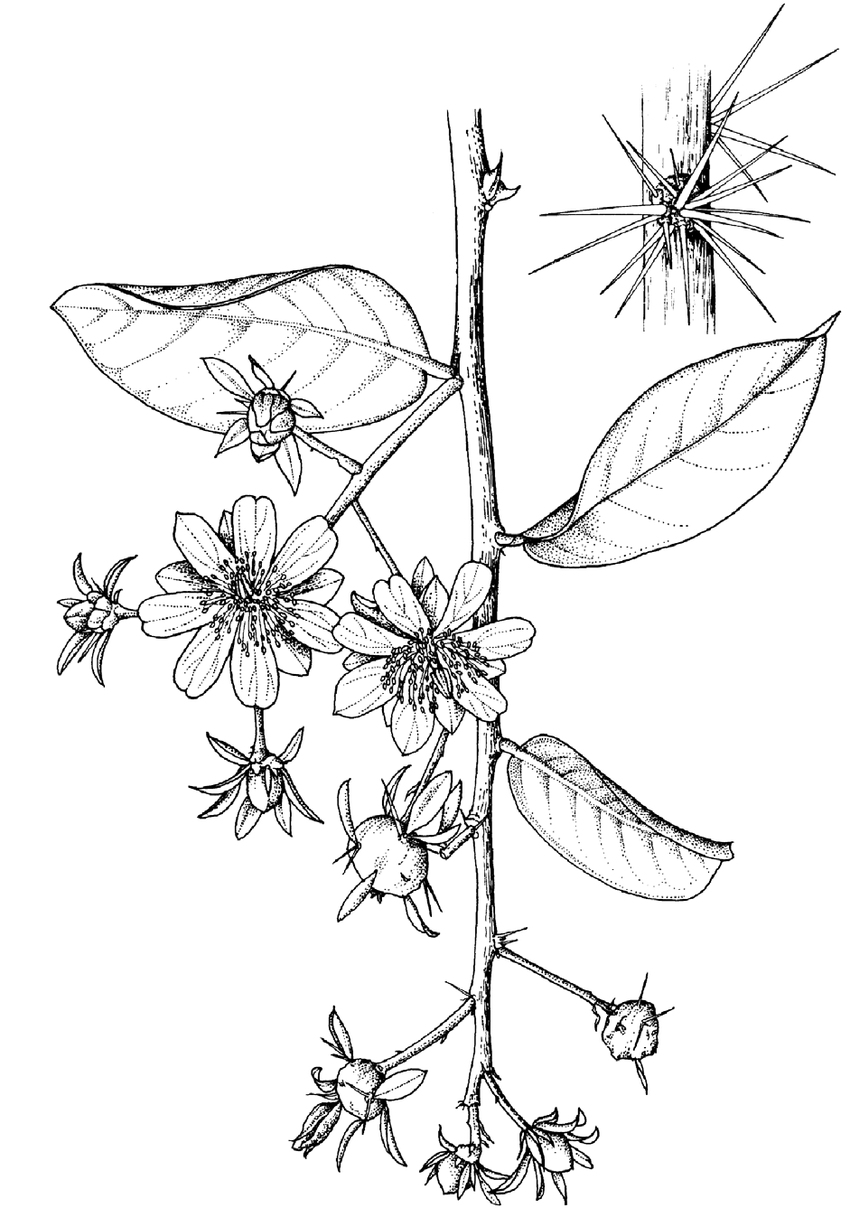 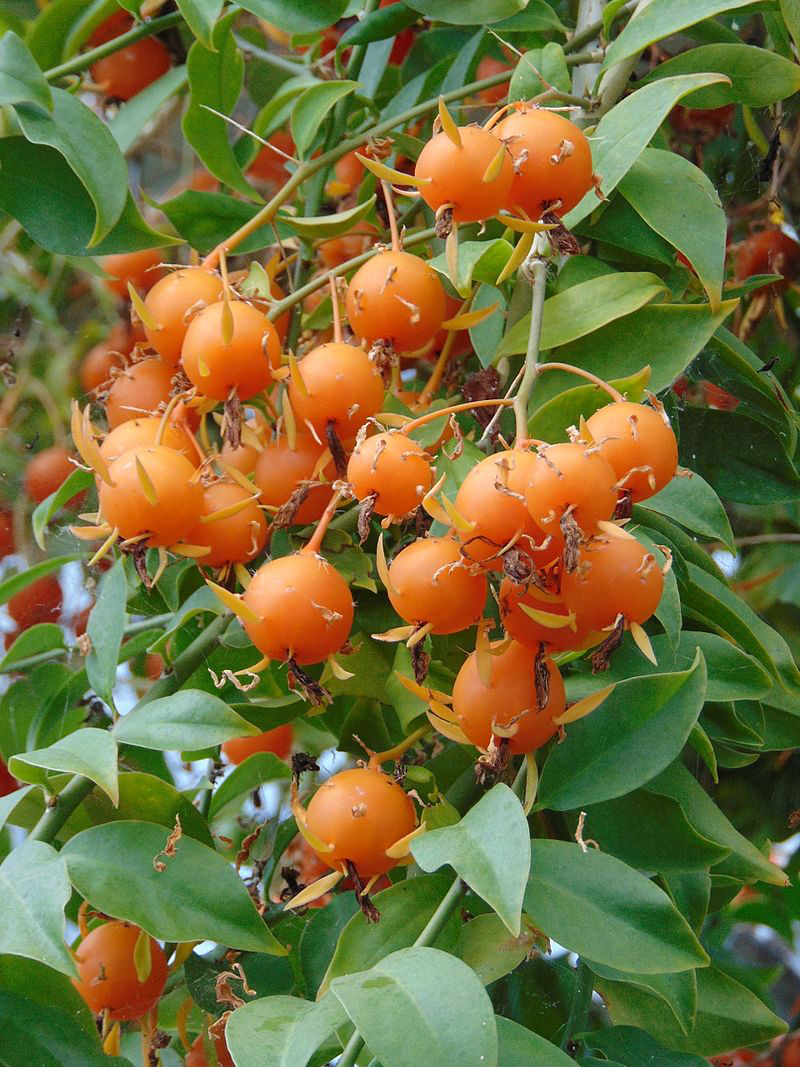 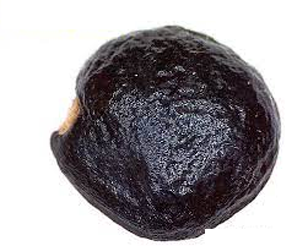 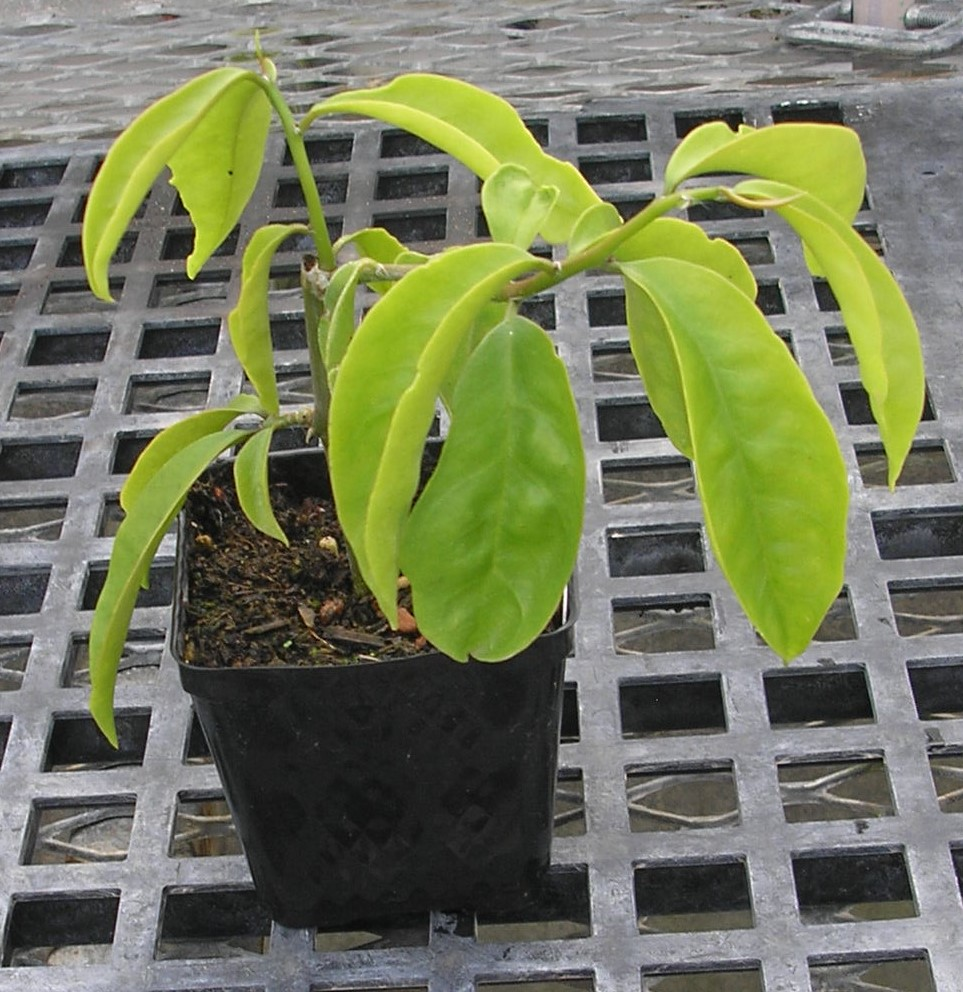 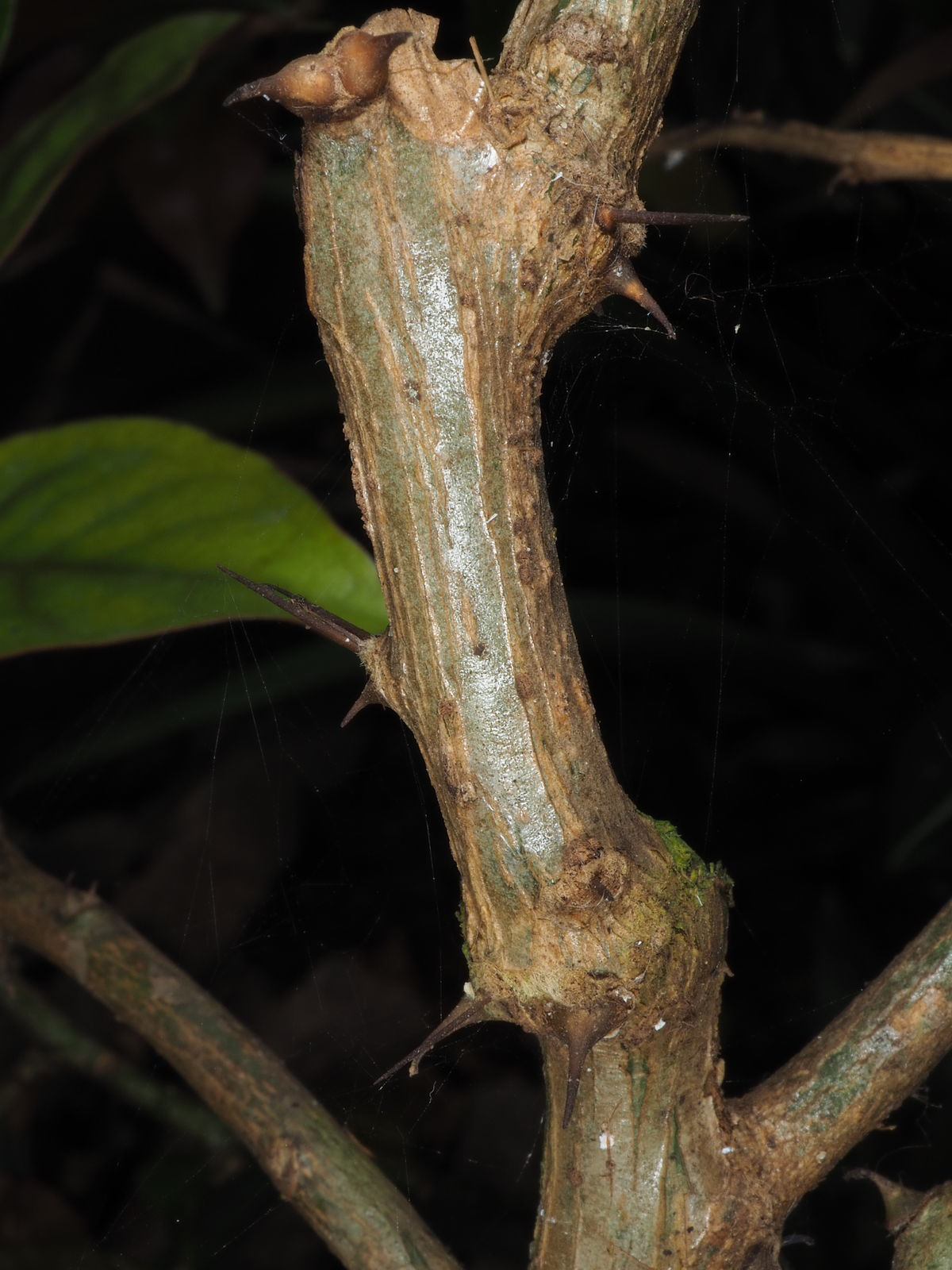 Barbados gooseberries are packed with high levels of vitamins and minerals, which make them the perfect defense against disease. Their leaves are a great source of folic acid, vitamin A and C, calcium, magnesium and zinc. Their fruits are a significant source of vitamin C, phosphorus and calcium. All these vitamins and minerals are crucial for proper bodily function; from making red blood cells, boosting the immune system, to enhancing your vision, protecting cells from free radicals and preventing chronic diseases.

This amazing plant is a wonderful source of dietary fiber. Found both in their leaves and fruits, fiber will help you maintain a healthy digestive system. The fiber found in Barbados gooseberry also possesses probiotic benefits and the improvement of intestinal movement and gut health. In a recent trial, when it was used and consumed as flour, it resulted in a reduction of flatulence, beneficial maintenance of intestinal microbiota as well as an increased satiety in participants.

These are not only used as food but also as medicine. Because of its high mucilaginous content, it helps heal the skin from wounds. It also fights tumor cells and treats inflammation due to their high antioxidant profile. Similarly, it can be used as a natural medicine for headaches, ulcers, hemorrhoids, dermatitis, general pain, rheumatism and inflammation.

Barbados gooseberries also help relieve pain because of their antimicrobial, antifungal and anti-allergic properties. In general, because of their high concentration of caftaric acid, (a non-flavonoid phenolic compound also found in the juice of grapes) free radicals and carcinogenic cells are eliminated.