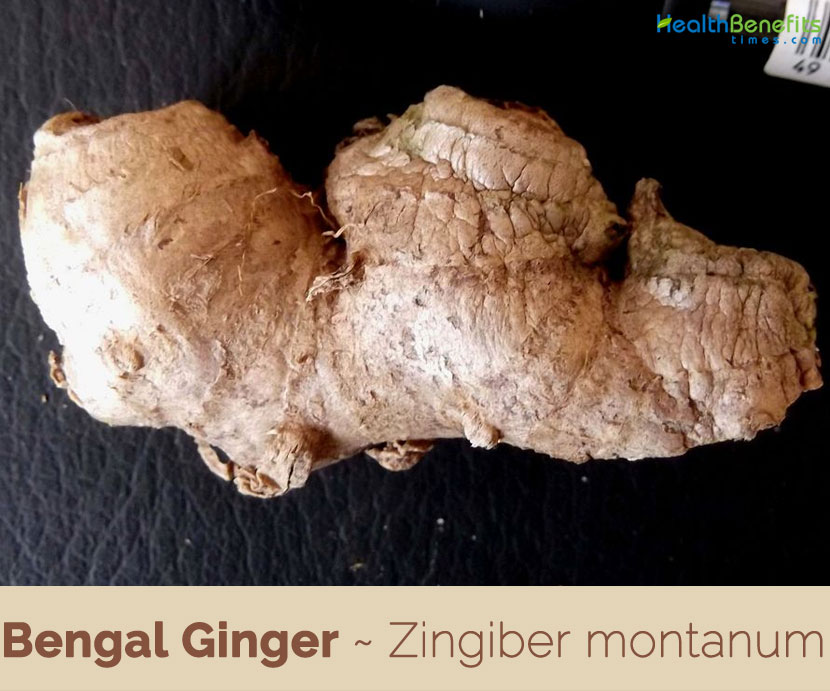 Bengal Ginger scientifically known as Zingiber montanum is a species of plant in the family Zingiberaceae, with no subspecies listed in the Catalogue of Life. The plant is native to India and Southeast Asia – Myanmar, Thailand, Malaysia and Indonesia. It has become an invasive species in the Caribbean and South America. Bengal Ginger, Bitter Ginger, Cassumunar Ginger, Thai Ginger, Cassumar ginger, Bengal root and Mountain Ginger are few of the popular common names of the plant.

Inflorescence is radical. Spikes are cylindrical, fusiform or cone like, borne on a peduncle spike (scape) arising from rhizome and 8–60 cm high with 5–7cataphylls. Bracts are divided into outer and inner, spirally arranged, very dense, persistent and red or purplish brown. The outer is broadly ovate to sub orbicular and cucullate, while the inner is ovate and glabrous.

Flowers are ebracteolate, bisexual, zygomorphic and epigynous. Calyx is 1.2–1.5 cm, membranous, glabrous and white. Corolla has 4 lateral lobes and is linear- lanceolate, yellowish-white and reddish lineolate on margins. Labellum is white or pale yellow and sub orbicular. Apex is emarginate; central lobe is broadly rounded; stamen is 1 cm long and pale yellow. Ovary is 3 loculed, inferior, 3–4 mm long and pubescent. Fertile flowers are followed by capsule that is ovoid to sub globose and 1–1.5 cm in diameter.

Zingiber montanum is considered native to India and Southeast Asia – Myanmar, Thailand, Malaysia and Indonesia. The species is considered native to Vietnam in Wiart but naturalized according to the Kew World Checklist. In Borneo, it is listed as naturalized in the Kew World Checklist, whereas USDA-ARS ( 2014 ) lists the species as native. The species has been widely cultivated across tropical Asia for food flavoring, often as a substitute for Z. officinale, and for a variety of medicinal uses. 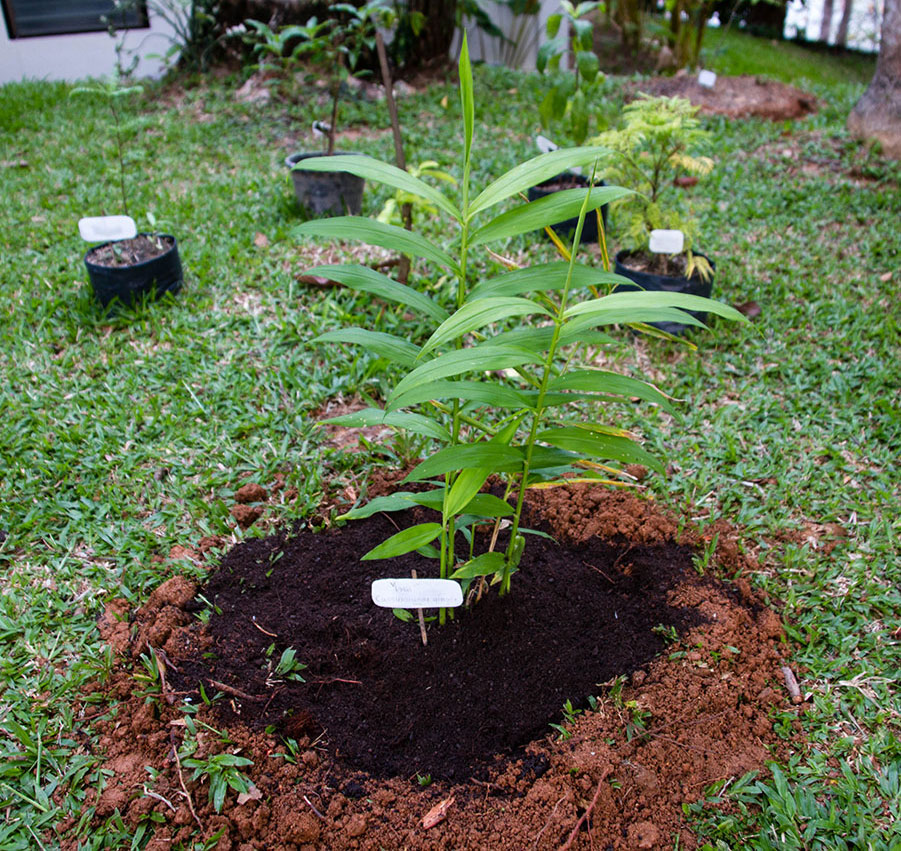 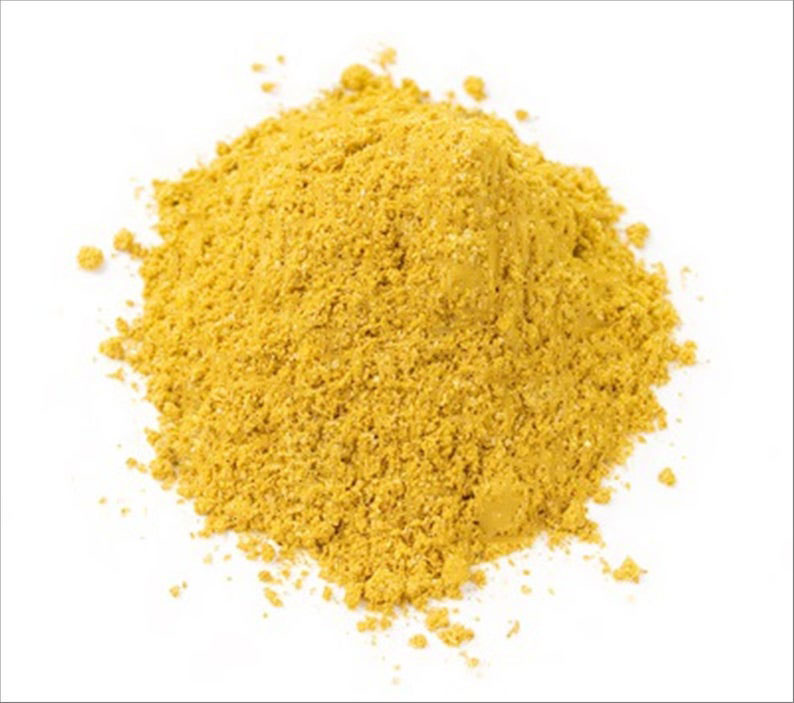 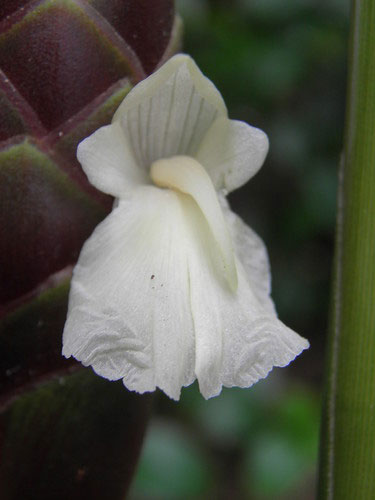 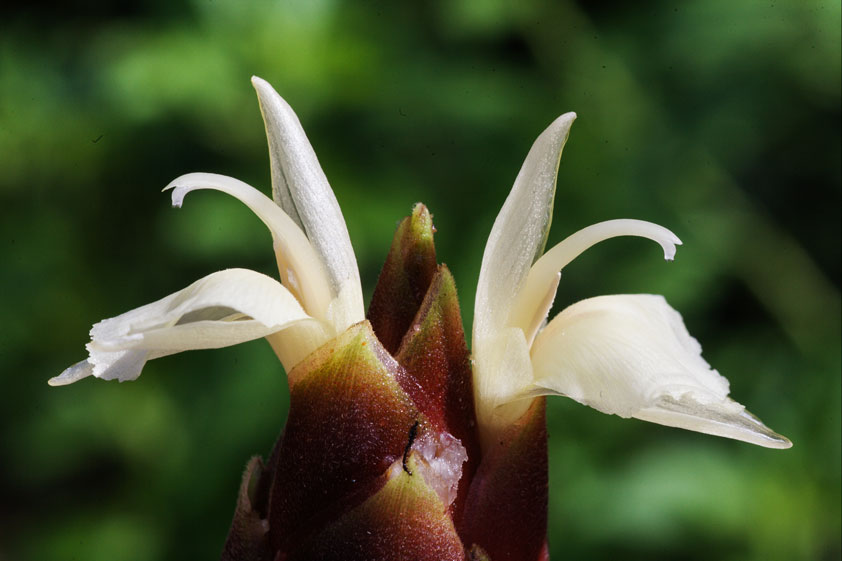 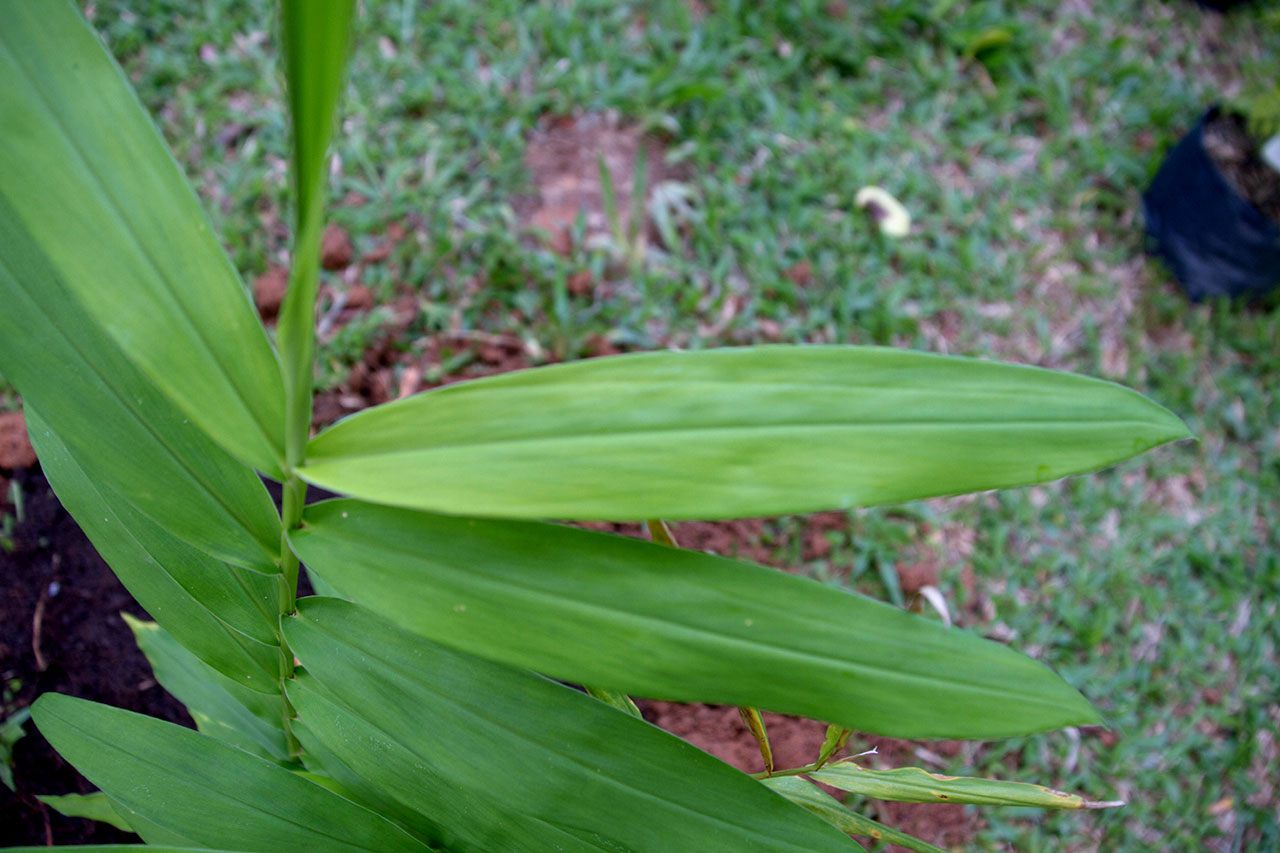 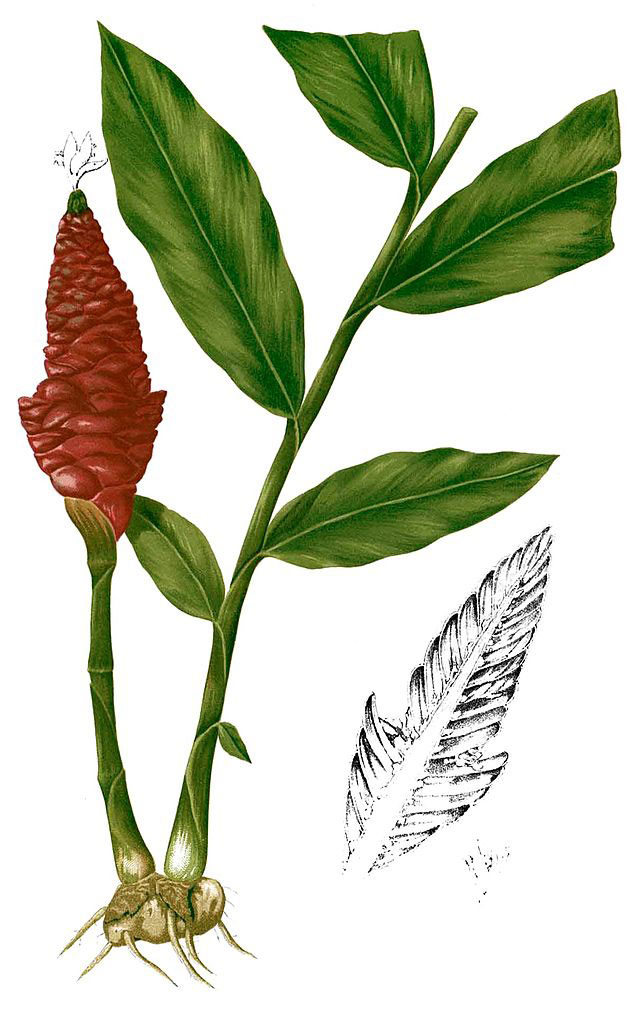 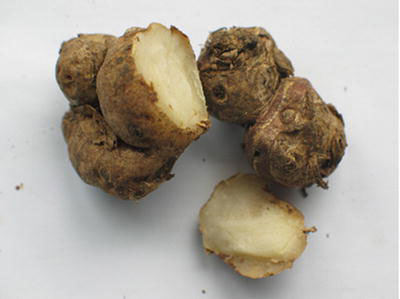 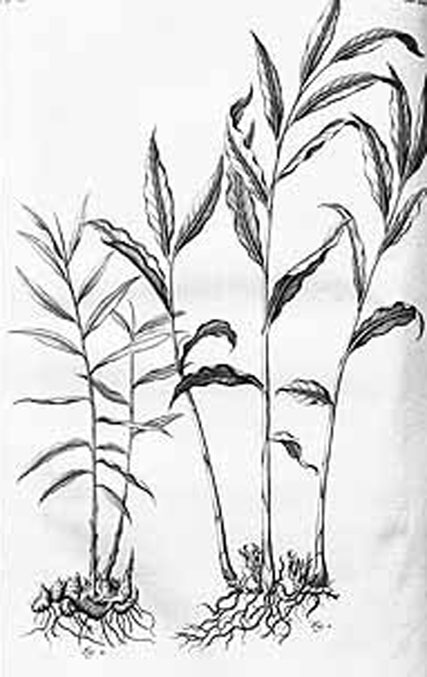