Trending
You are at:Home»Herbs and Spices»Traditional uses and benefits of Black sage 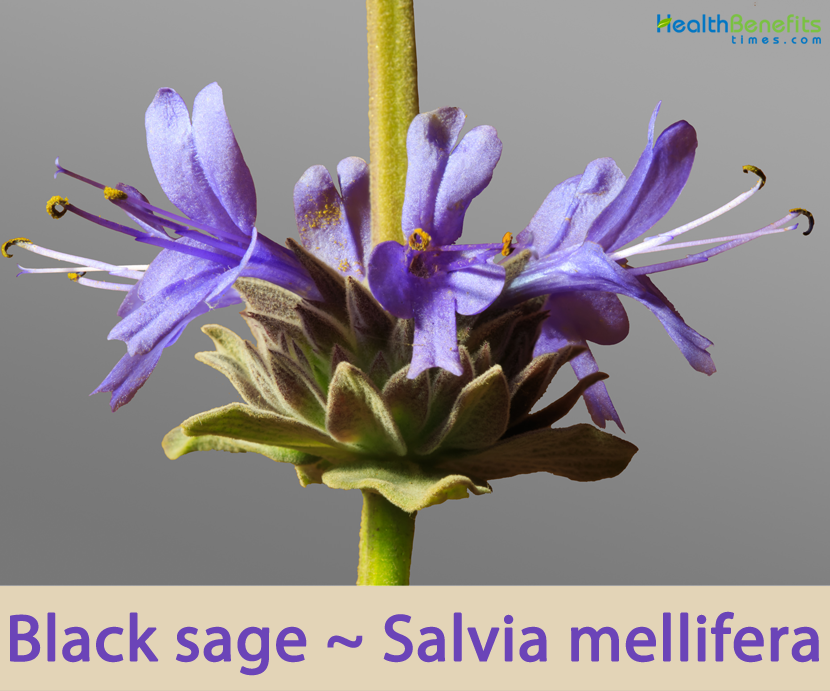 Salvia mellifera popularly known as black sage, also known as seel by the Mahuna is a small, highly aromatic, evergreen shrub of the genus Salvia (the sages) and Lamiaceae Martinov Martinov (Mint family). The plant is distributed in the Coast Ranges of California from Contra Costa and western Stanislaus counties southward into Baja California. It also occurs on the Channel Islands off the coast of southern California. Apart from black sage it is also known as Honey sage and Californian Black Sage. The origin of the common name, black sage, is disputed. Most sources give one or more of three explanations: the dark leaves look black from a distance, especially during dry conditions; the stems dry dark and look black; the whirls of dried seedpods look black. None are completely satisfying. An interesting alternative is offered by a gardener who found her hands dyed black after a few hours of pruning black sage.

The species name mellifera is derived from the Greek melli, which means honey and ferre, which means to bear, thus black sage is “honey-bearing sage.” It is indeed a much sought out nectar source by beekeepers as it produces delicious honey. Black sage has a dark appearance, especially during drought. The plant grows quickly and effectively controls erosion, and is pollinated by native solitary bees, hummingbirds, and butterflies. Black sage readily hybridizes with White Sage, Cleveland Sage, and Purple Sage.

Black sage is a small drought-deciduous or semi deciduous, sub ligneous, malacophyllous, highly aromatic evergreen subshrub that normally grows between 3.3 and 6.6 feet (1-2 m) tall and a spread of 1.5m after 2-5 years. It is covered with simple hairs with some glandular hairs, which makes it highly aromatic. The plant is found growing in coastal sage scrub, chaparral plant communities, dry slopes and benches. The plant is able to grow on a variety of different soils, including sandstone, shale, granite, serpentinite, and gabbro or basalt. It requires a minimum of 15 inches and a maximum of 40 inches of rain per year. In the drier part of its range, black sage is happier on flats, mesas or slope bottoms where there is slightly more moisture retained in the soil. The plant is also easily damaged by air pollution, making it a strong indicator of environmental conditions.

The plant has much branched and fibrous root system rarely extends 2 feet (0.6 m) below the soil surface with the majority of roots concentrated in the top 5 inches (12.5 cm) of soil. Square stems are green or purple when young but turn brownish-gray with age.

The inflorescence occurs in 1.6–4 cm (0.63–1.57 in) wide clusters. Flowers range from white to pale blue or lavender color, and rarely a pale rose color; in the Reserve, they are usually pale lavender. They are arranged in dense whirls along a stem that often rises above the vegetation. Flowers are bilaterally symmetrical and measure 0.5 inches long. Five petals are fused at the base into a tube; the outer portions are fused into lips. Two petals form the upper lip, which has two rounded lobes and flares outward and upward. The middle petal of the lower lip is large with two lobes; the two lateral petals of the lower lip appear as smaller “ears”. The style extends from the throat and is split into two unequal branches; the lower, longer branch is curved downward. There are four stamens fused to upper portion of the flower throat; two of these are short and sterile; the anthers of the other two extend outward. Major bloom time is April – July.

Fertile flowers are followed by smooth, dehiscent schizocarp composed of four 2–3 mm (0.079–0.118 in) dark brown nutlets. Each fruit consist of 1-4 seeds. Whirls of dried fruits remain on the stem for some months after the seeds are gone. 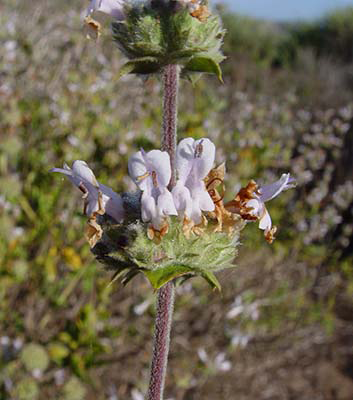 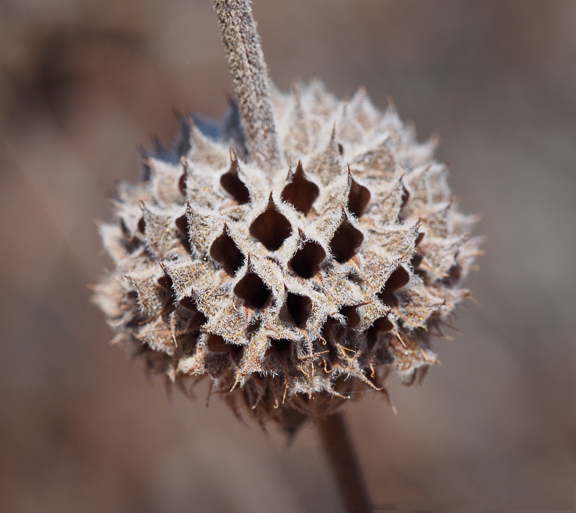 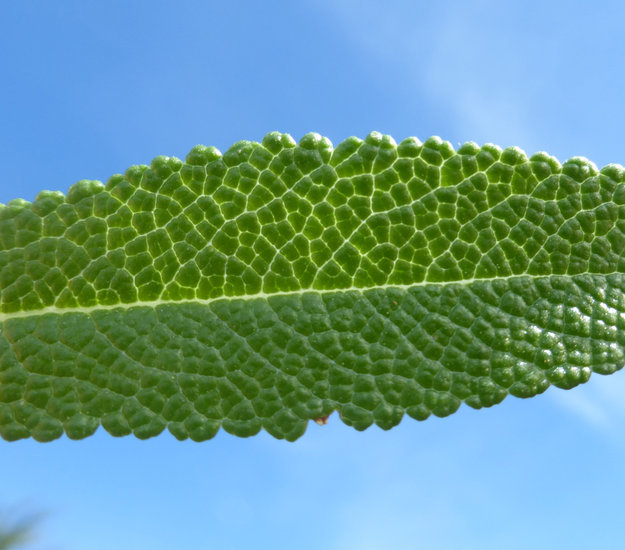 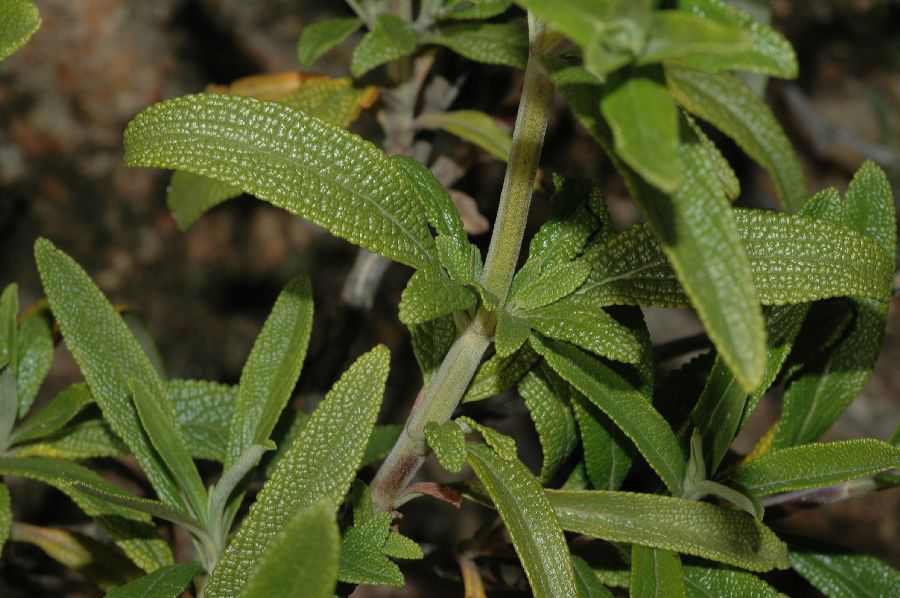 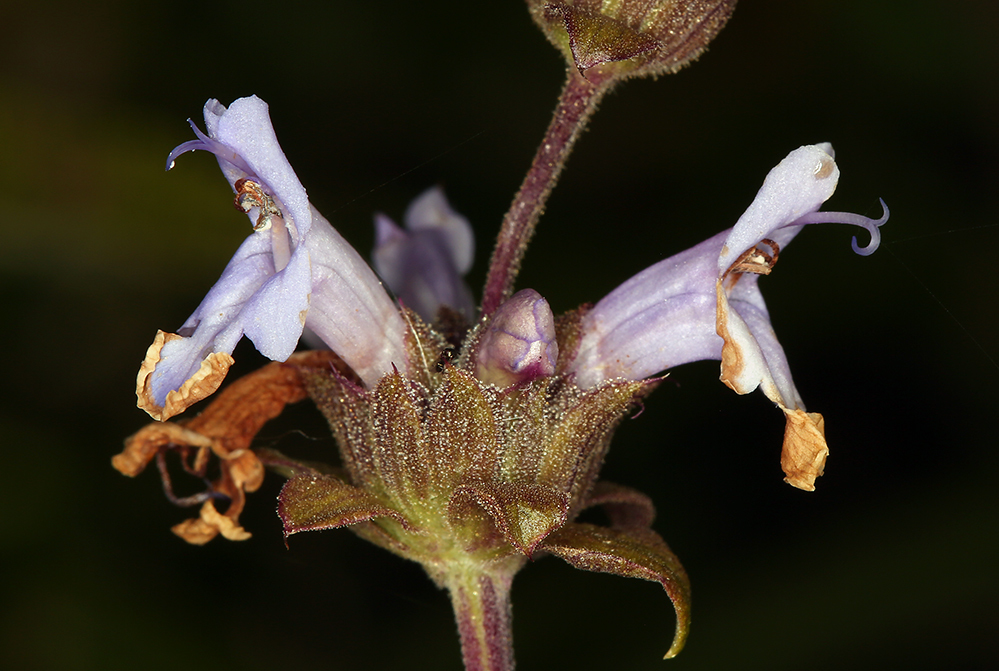 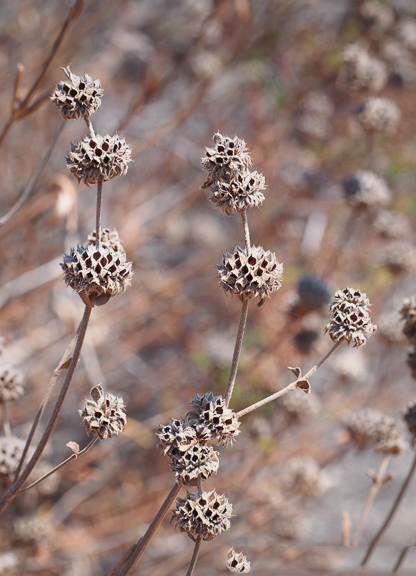 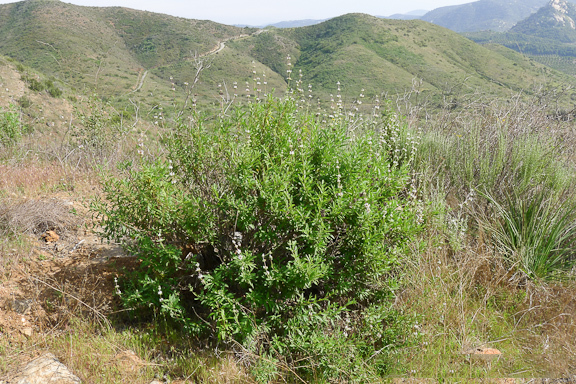 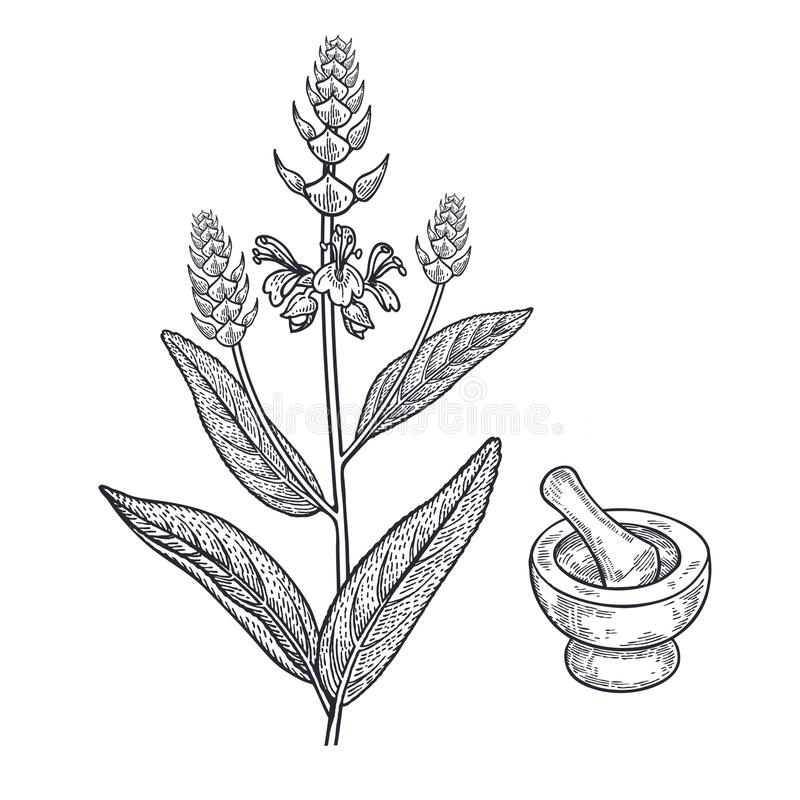 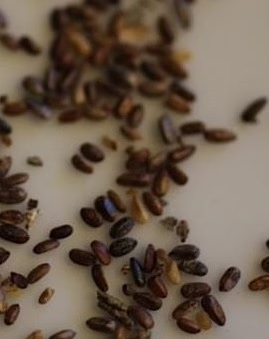 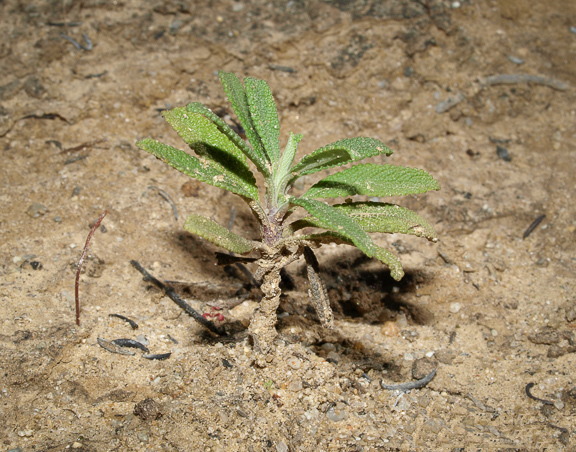 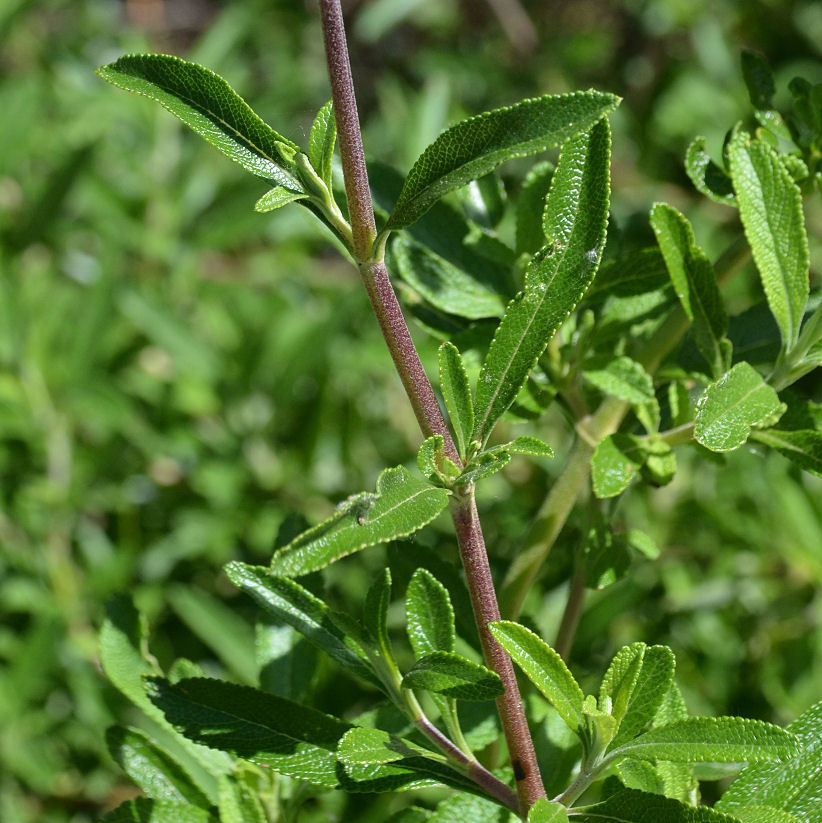 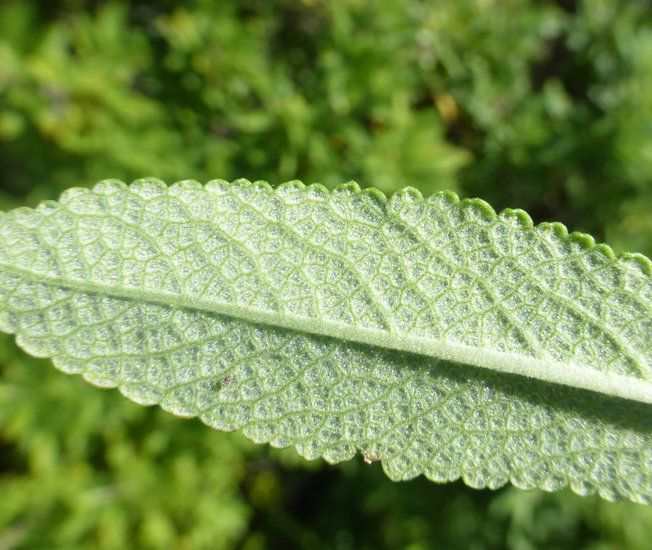