Trending
You are at:Home»Fruits»Health benefits of Blackthorn or Sloe
Blackthorn or sloe scientifically known as Prunus Spinosa is a low, spreading, thorny bush or small tree of the plum genus of the family Rosaceae (rose family) among other economically important species, such as apple, apricot, blackberry, pear, and plum or prune, having black bark, white flowers, and deep blue fruits, usually rather acrid and not much larger than peas. It is actually a wild relative of the cultivated plum. The herb is native to Europe, western Asia, and northern Africa. It is also locally naturalized in New Zealand, Tasmania and eastern North America. Apart from blackthorn it is popularly known as Mother of the wood,wishing thorn, wild plum, winter-picks, Sloe-Bush, grater, rasp, sloe, stickleback, Sleedoorn, Endrino and Sloe of Europe. This tree is also called as the tree of ‘ill omen’ and is considered to have magical properties in Britain. The specific name spinosa is a Latin term indicating the pointed and thorn like spur shoots characteristic of this species. The common name”blackthorn” is due to the thorny nature of the shrub, and its very dark bark.

Prunus spinosa is a relatively low-maintenance,slow-growing, compact, thorny, much-branched shrub or small tree that grows about 20 feet (6 m) tall with blackish bark and dense, stiff, spiny branches. The plant is found growing in hedges, steep slopes, non-dry wood borders, deciduous woodland, hedgerows, river banks, scrub, rocky places, waysides, rock outcrops,dry meadows and coppices. Normally plant tolerates most soils, as long they are well-drained, except the acidic ones. The plant has rough and scaly dark grey to blackish, slightly grooved. The leaves are small, oval, alternate about 2–4.5 centimeters (0.79–1.77 in) long and 1.2–2 centimeters (0.47–0.79 in) broad, obovate to oblanceolate, or elliptical, with margins finely toothed, dull green in color and hairless above, usually hairy on the veins underneath. The petioles are 0.2-1 cm long, often hairy. The stipules are elongate, glandular,toothed, and usually longer than petioles.

The flowers are white, 1-1.7 cm wide, usually solitary,appearing before leaves, numerous, on about 0.5 cm long pedicels. The sepals are triangular-ovate, often glandular toothed. Petals have a short claw (a thinner part at the base of the petal). The stamens are usually 20, about 0.5 cm long.The anthers are yellow or red. This species flowers from March to May. Fertilized flowers are followed by drupe that is 10–12 millimeters (3⁄8–1⁄2 in)in diameter, globose, purple covered with a frost like bloom, ripening bluish-black. It is a thin fleshed fruit that has greenish pulp that is sour and astringent, not easily detaching from the endocarp.

Blackthorn is native to Europe, western Asia, and northern Africa. After blackthorn charcoal and its fruit seeds were found in an archaeological site near Dublin, it has been discussed that the herb’s use dates as far back as the 13th century. The history of blackthorn is rooted in the United Kingdom, as blackthorn was traditionally used as a”cattle-proof” hedge to keep the cattle inside the perimeter of the and. Blackthorn was also commonly used as a wind and snow screen for land because of its density. Blackthorn is still studied today, as it supposed to possess many medicinal properties.

The berries taste better and not so bitter if harvested after a few frosts. The sloes used to be buried in straw-lined pits for a few months to ripen them and make them sweeter. A Neolithic lake village in Glastonbury was found to have such a pit, full of sloe stones. The word sloe comes from Old English slāh: a similar word is noted in all the Germanic/Slavic languages. The term sloe, or sla/slāh, means not the fruit but the hard trunk,being connected with a verb signifying to slay, or strike, probably because the wood of this tree was used as a flail, and now makes a bludgeon. It was supposed that Christ’s Crown of Thorns was made from blackthorn, and to bring blackthorn blossom into the home meant a certain death would follow. Blackthorn in bloom is considered an emblem of life and death together as the flowers appear when the tree has no leaves. It is said that a hawthorn will destroy any blackthorn near it. It is believed that if the blackthorn and the hawthorn have many berries then the ensuing winter will be severe. In Irish folklore it was believed that “the little people” lived in blackthorn bushes. Fairy tribes,called Lunantishees, are said to guard blackthorn trees and will not let you cut branches off it on November 11 or May 11. If you do you will be cursed with bad luck. It was also bad luck to wear the flowers in your buttonhole. 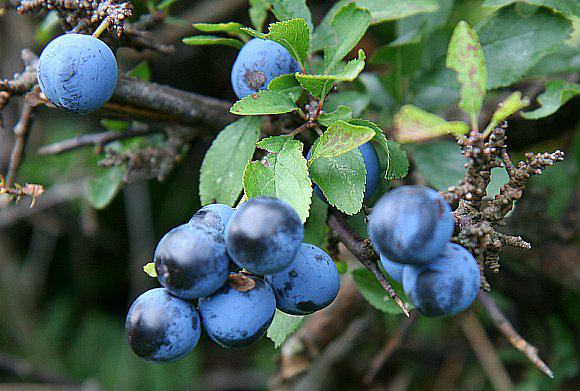 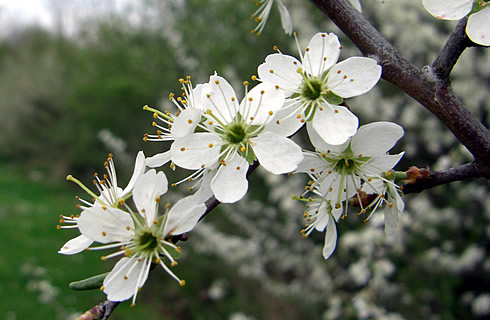 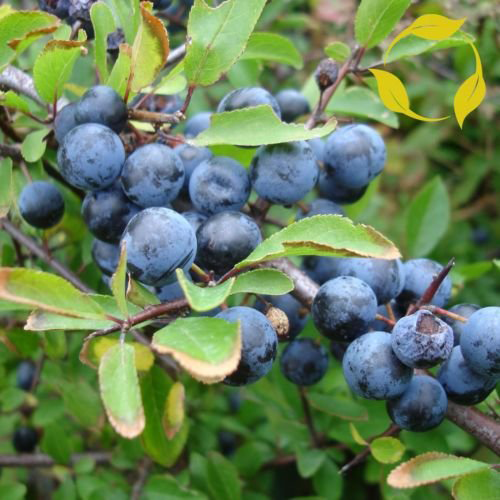 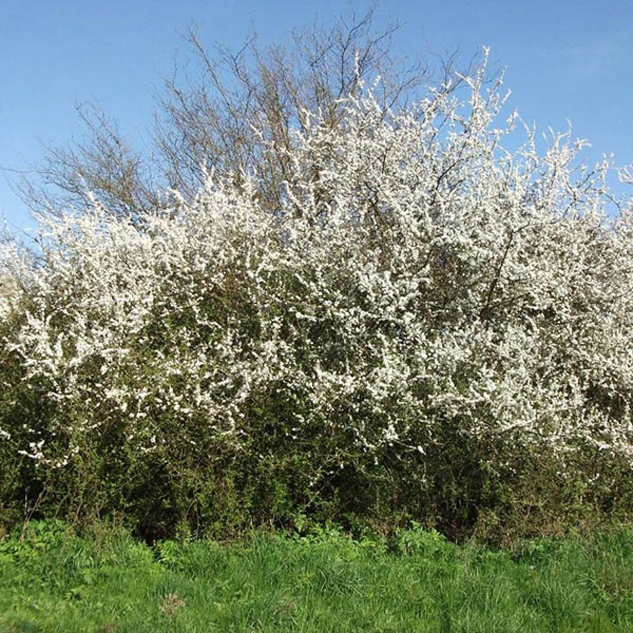 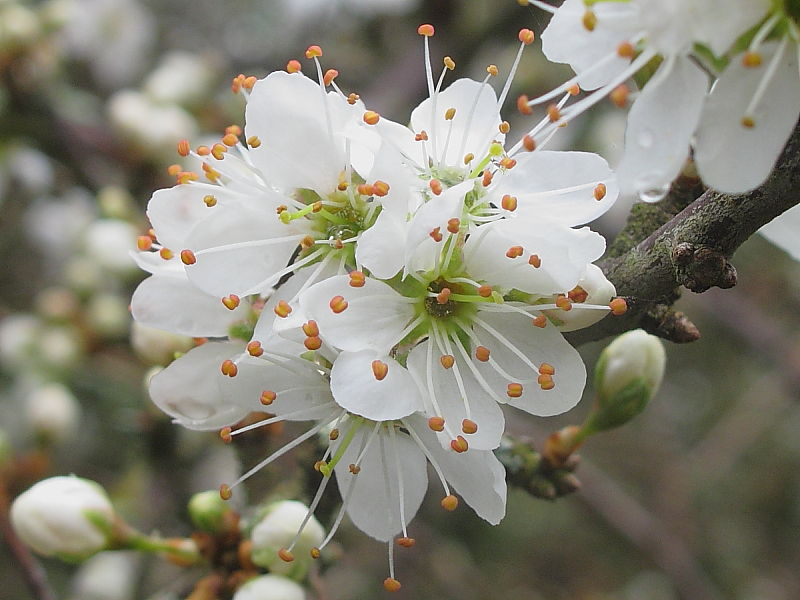 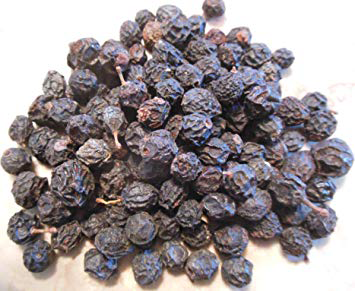 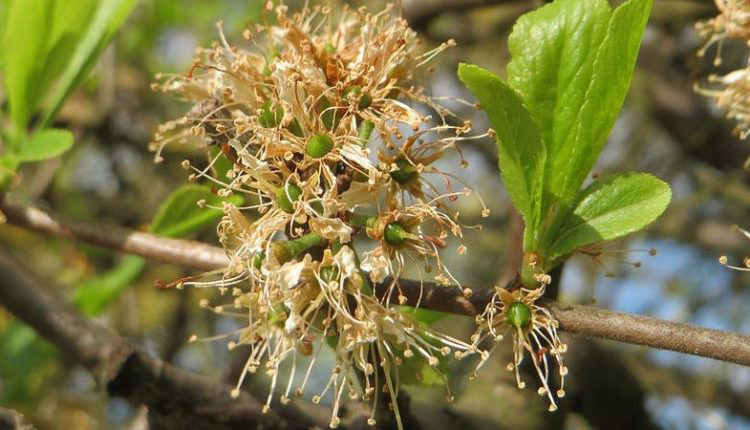 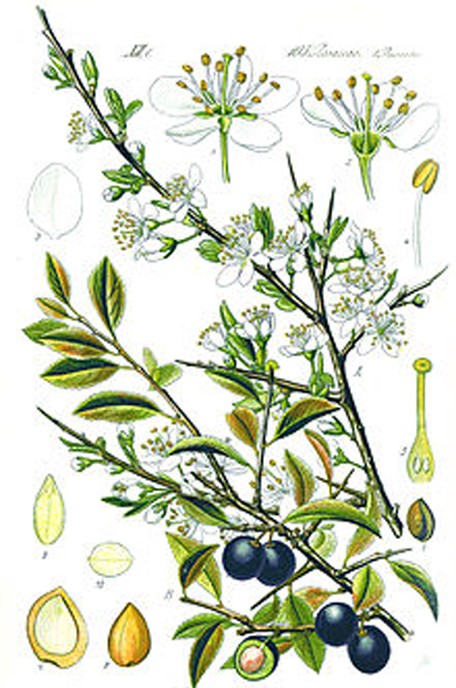 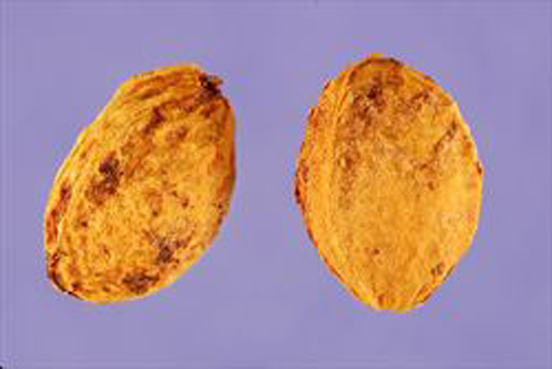 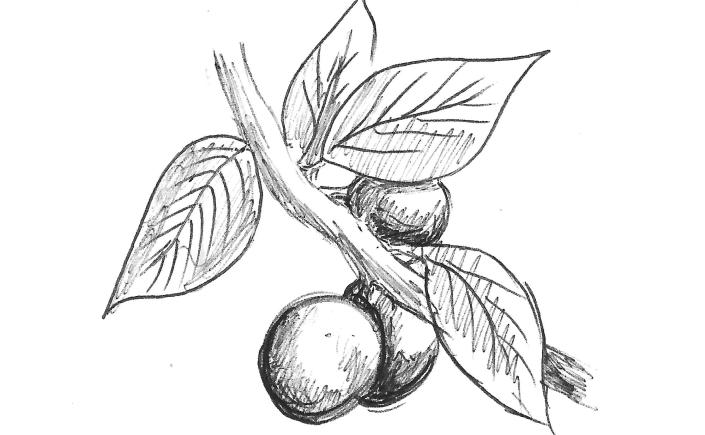 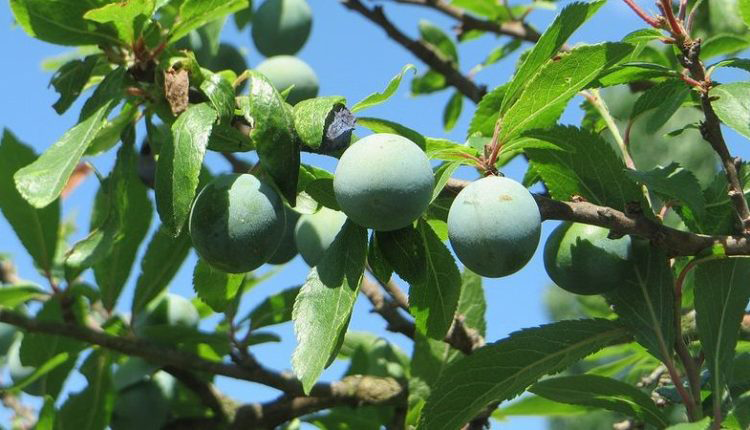 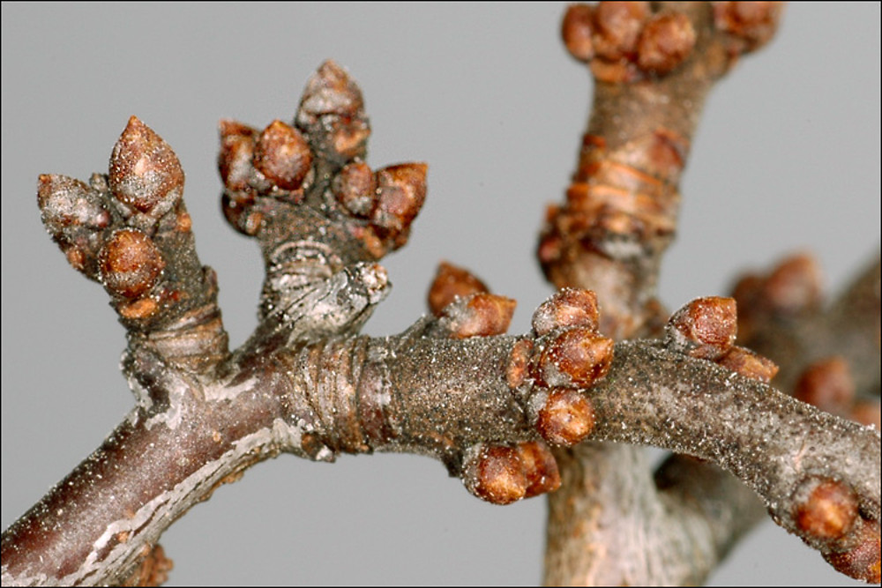 The diuretic, laxative, astringent, and anti-inflammatory qualities of blackthorn have given this herb recognition for its medicinal uses in the following ways:

A preparation that contains flowers of prunus spinosa is considered useful for the treatment of ailments of the respiratory tract. Due to their expectorant properties, the flowers can fight common cold and cough. Decoction prepared from the bark of this tree can be taken to lower fever.

Prunus Spinosa can be used to prevent caries in the teeth. Antibacterial action of this herb against Streptococcus Mutans, a gram-positive bacterium,can help to reduce the incidence of tooth decay and caries.

Additionally, it also acts as an antioxidant and prevents oxidative stress that is known to increase the risk of dental caries. It works by preventing the free radicals from attacking the teeth and initiating the process of tooth decay.

4. Helps in Detoxification of Body

Herb is utilized for the purpose of detoxification and is known to have depurative properties. This herb tends to eliminate any toxic substances present in the blood and is known to be rich in rutin which is one of the prime compounds which helps in detoxification. It is also known to prevent gout and rheumatism from occurring.

Prunus spinosa fruit is effective in the management of cancer. It prevents the growth of cancer cells and reduces its multiplication.Health-promoting compounds present in prunus spinosa suppress the production of inflammatory compounds which otherwise damage the DNA and further worsen the condition.

Thus, it makes the environment disapproving for the cancer cells to survive and reduces the population of these cancer cells.

Flowers of prunus spinosa can be used to remove fluid retention, treat kidney stones and other kidney problems because of their diuretic properties. Additionally, the herb is considered good for managing bladder spasms. It also helps relieves cramps in the stomach and nerve pain.

Drinking water infused with powdered blackthorn bark has a calming effect on the nerves. Thus, it helps relieve fatigue and boosts vitality. Additionally, blackthorn extract mixed in tea or water is also useful in this regard.

When dealing with issues like insomnia, shivers, lack of interest, etc. due to menopause, one can steep half a teaspoon of dried blackthorn flowers in a cup of boiling water for about five minutes. Strain and drink this herbal tonic when it cools.

Prunus Spinosa is highly effective in the treatment and prevention of heart diseases. This herb is loaded with powerful flavonoids including Quercetin, Binofuranoside, and Kaempferol. It consists of phenolicacids and anthocyanins, which can promote the health of the heart. It improves the heart functions and thus, decreases the risk of cardiac diseases such as cardiomyopathy, heart attacks, and cardiac failure.

Flavonoid compounds present in Prunus Spinosa reduce inflammation in the heart and help to fight oxidative stress. These effects of the herb can prevent damage to the cardiac cells and muscles against inflammation and oxidative stress thus reducing the risk of heart diseases.

9. Reduces Inflammation of Mouth and Pharynx

The Complete German Commission E Monographs: Therapeutic Guide to Herbal Medicines has approved the use of this herb for getting rid of mild inflammation of mouth and pharyngeal mucosa.

When dealing with sore throat, you can gargle with fresh juice extracted from ripe sloe berries. Additionally, you may gargle with an infusion prepared from blackthorn leaves to heal inflamed tonsils.

To prepare this infusion boil about four blackthorn leaves in 16 ounces of water for 10 minutes. Strain the solution. Gargle with it two to three times in a day.

10. Works as an Excellent Beauty Remedy

Pulp of ripened sloe berries is mixed with other ingredients to make commercially available astringent face masks to enhance your beauty.

Besides, you can apply blackthorn extract on your skin to maintain skin elasticity for younger looking skin as it is rich in vitamin C and tannins. Application of blackthorn oil can prevent stretch marks.

Based on studies, blackthorn has anti-inflammatory,astringent and laxative properties. Its fruit can be used as a mouth rinse to remove bacteria or viruses causing sore throat, coughs, tonsillitis and other common oral related issues. It also has a great amount of anti-bacterial agents that help fight bad breath. It can even recover breathing for people with asthma or those who unexpectedly suffer from breathing disorders.

Traditional uses and benefits of Blackthorn

How to Consume Blackthorn

While blackthorn is more commonly known for its industrial and culinary uses, it can also be consumed in medicinal preparations that concentrate its healing benefits and can be easily prepared at home.

Often commercialized under its alternative name of sloe,blackthorn dried berries and leaves can be purchased online in bulk form or as tea bags.

Berries of the plant usually consumed as juices, syrups,jams, and pies because they are quite bitter on their own and ban be bought in some organic markets and online.

Under the names Prunus spinosa and sloe berry, capsules of blackthorn are easily available for purchase through online retailers.

Black thorn products are becoming more widely available in the US due to the herb’s increasing popularity.

On March 13, 2008, “Geoff F” posted a report on the Wild about Britain website: “Today I noticed some Blackthorn bushes were just starting to flower. Snapes Point, Salcombe Harbour, S. Devon close to the sea.Local tradition is that we will have a touch of cold and unsettled weather with strong easterly winds now; known in this area as the Blackthorn Winter…I did know somebody who would try to shake off the blackthorn flowers at the bottom of his garden in the hope that the weather would improve then.” On March 30,2010, The Times reported “only two years ago the Easter weekend in late March was marked by a hefty snowfall that produced a winter wonderland. This cold spell was so common in the past that it used to be called the ‘blackthorn winter,’ when ancient folklore described how the blossom of blackthorn bushes appeared during mild weather, only to be destroyed by a cold snap at the end of March.” Thus the 2008 forecast proved accurate that year.