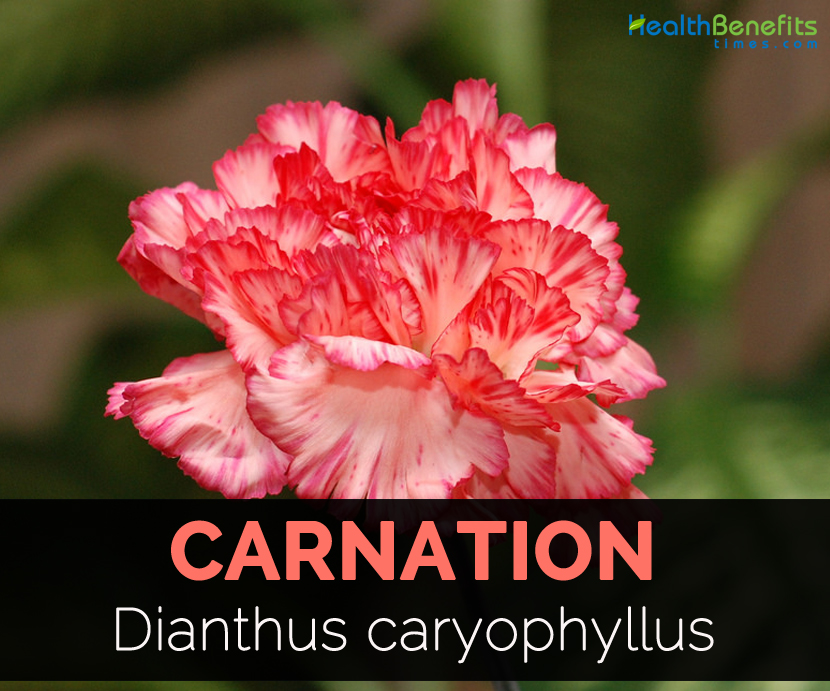 Dianthus caryophyllus is a flowering plant belonging to the family Caryophyllaceae commonly known as pink family or the carnation family. It is a large family with some 2000 species and 88 genera. More than 300 varieties of Carnations could be found throughout the world. It is originated from Asia and Europe. This plant has been cultivated for at least 2000 years due to their intense fragrance and beautiful flowers. It requires well drained soil, direct sunlight and enough moisture for successful growth. It is believed that first carnation formed from the tears of Virgin Mary when Christ was crucified. This flower symbolizes labor movement and mother’s love in most of the countries in the world. It symbolizes bad luck in France and used for preparation of funeral bouquets.

Most of the plant is herbaceous annuals or perennials. Leaves are rarely whorled and opposite. Blades are petiolate, entire and stipulate. Flowers are hermaphrodite, terminal blooming singly or in branched or forked in cymes. Flowers are regular with five sepals and five white to pink to purple petals. Petals are fringed or deeply cleft at the end. Stems are woody at the base but have herbaceous branches. Leaves are slender, glaucous grayish green to blue-green measuring 15 centimeters long.

Carnation is a herbaceous perennial plant growing 50 to 80 cm tall having erect and branching herbaceous stem which is woody at the base. Leaves are glaucous, opposite, lanceolate to linear lanceolate and is about 10 to 15 cm long. Flowers are solitary, bisexual, sweetly scented about 3.5 to 6 cm diameter. Single flower have 5 petals and double flowers have 10 to 40 petals. Petals are obovate or broadly cuneate, serrated or clawed, red, orange, purple, white, pink, yellow and green and spotted or variegated. 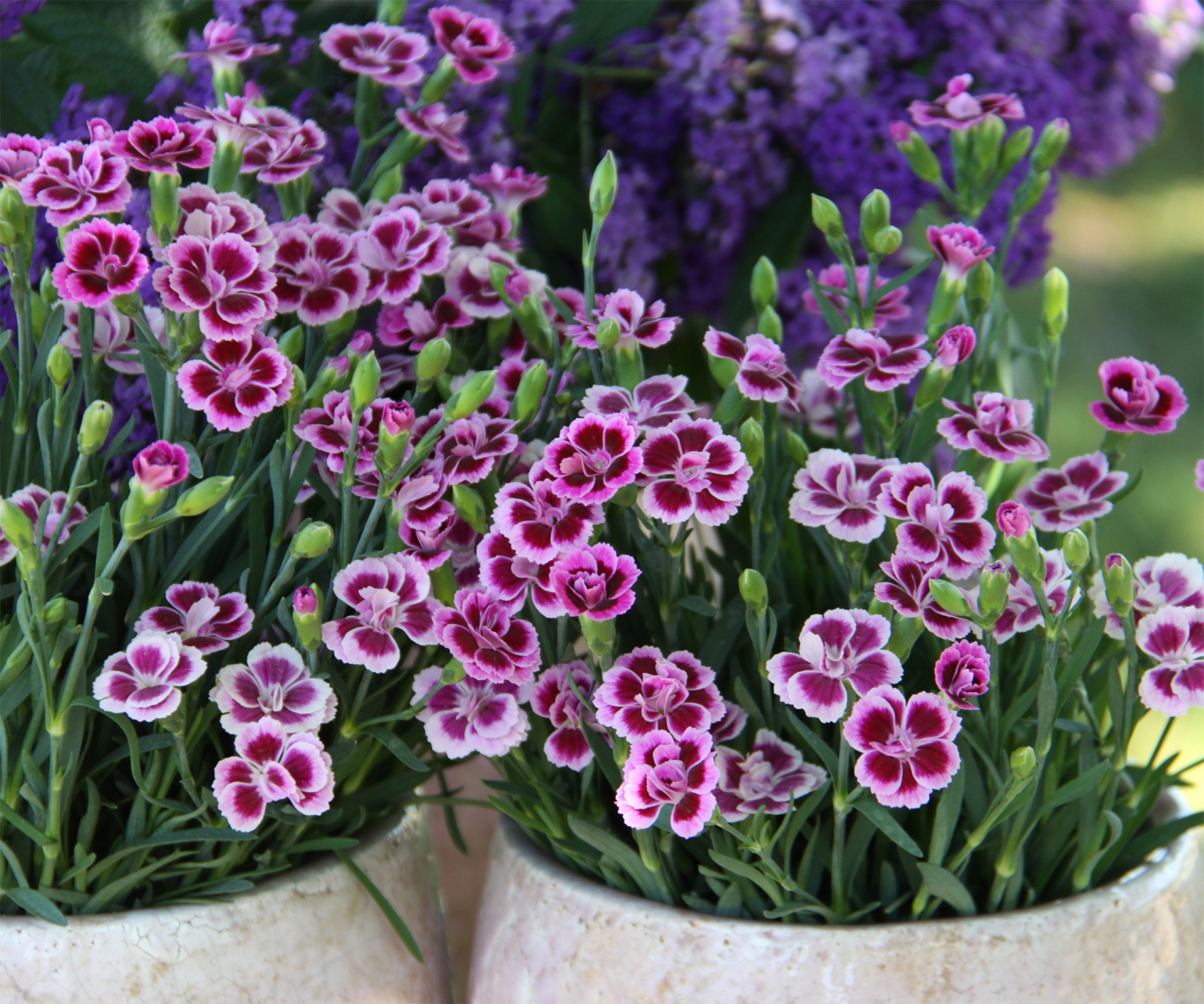 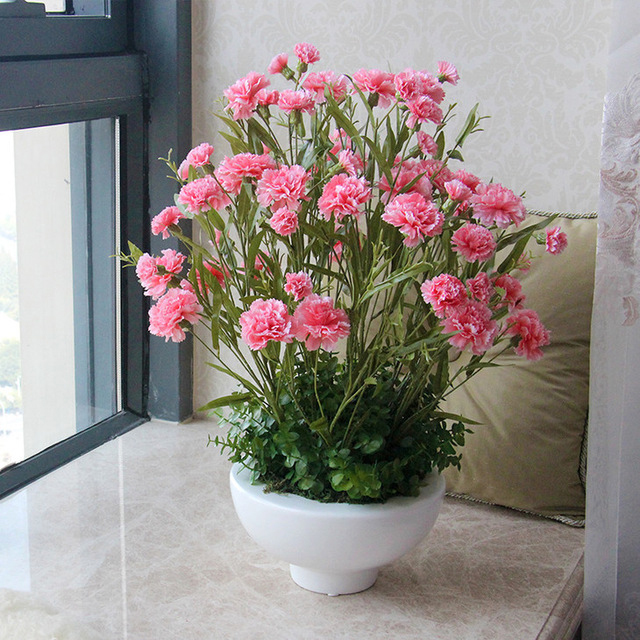 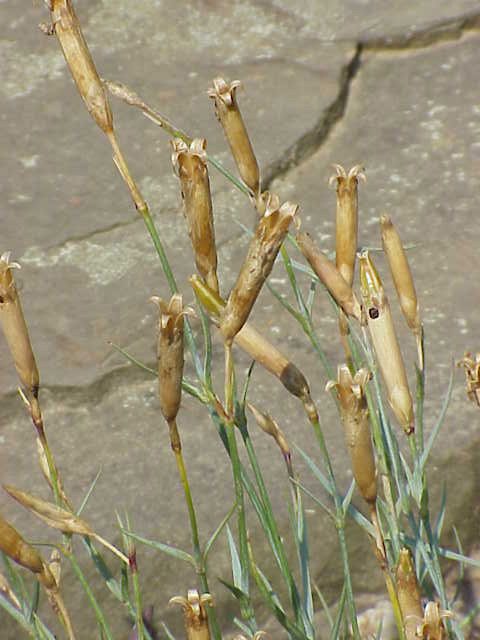 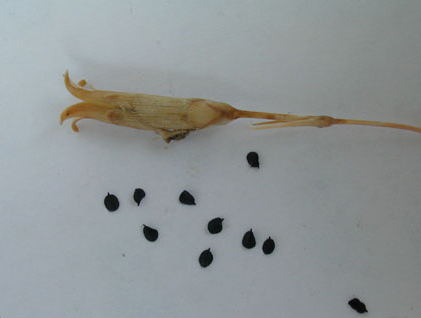 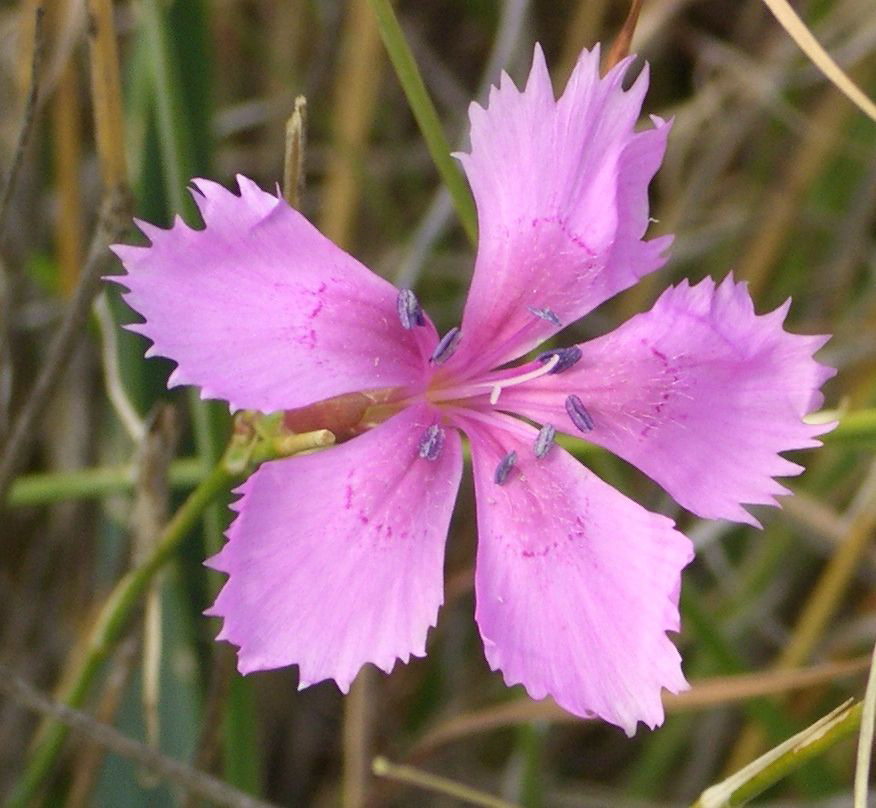 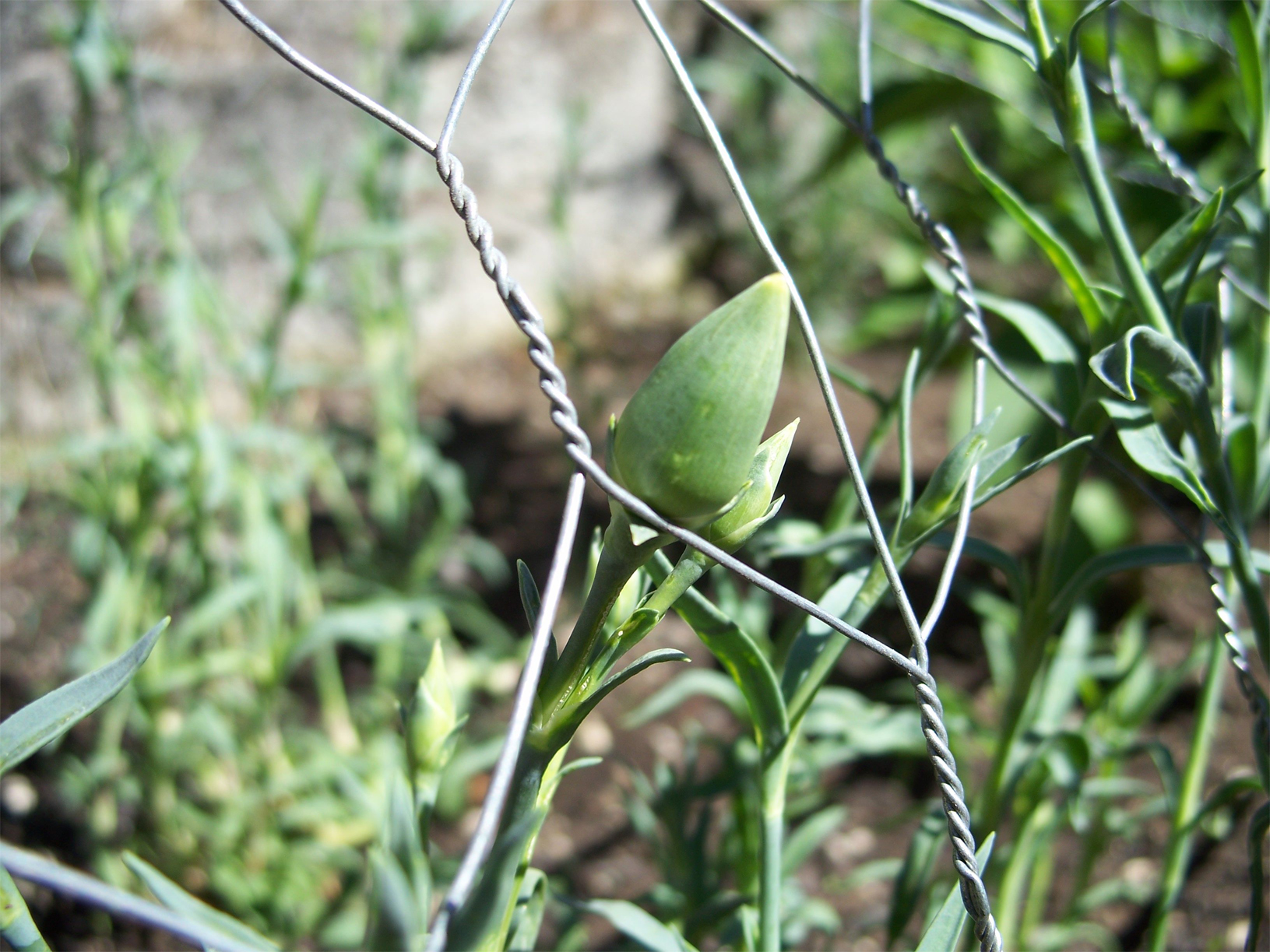 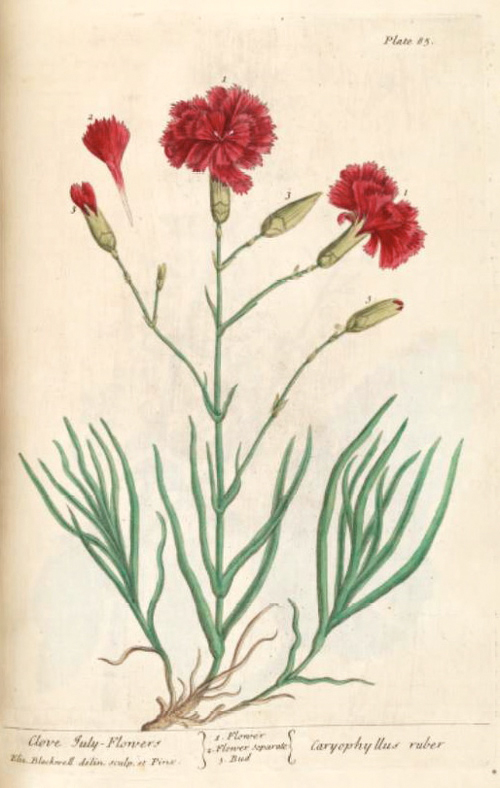 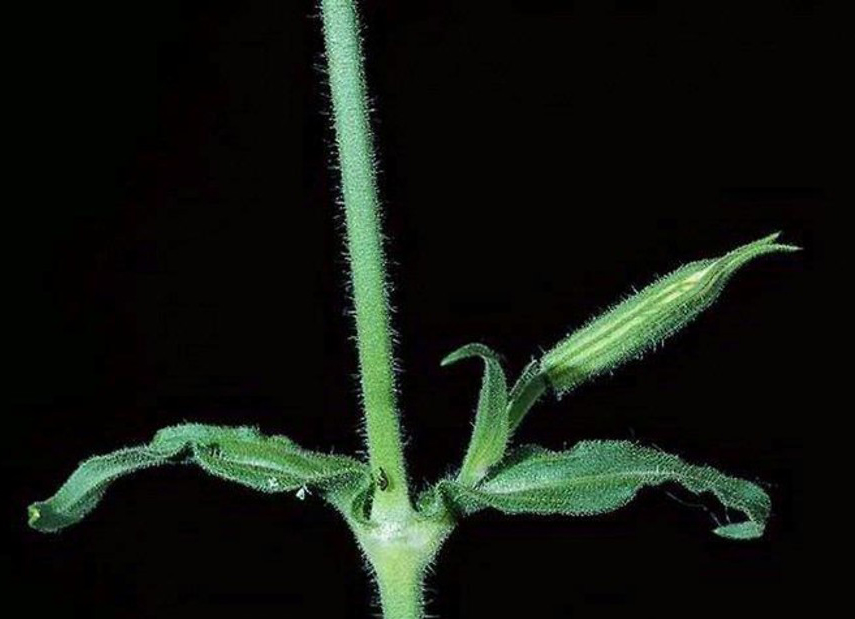 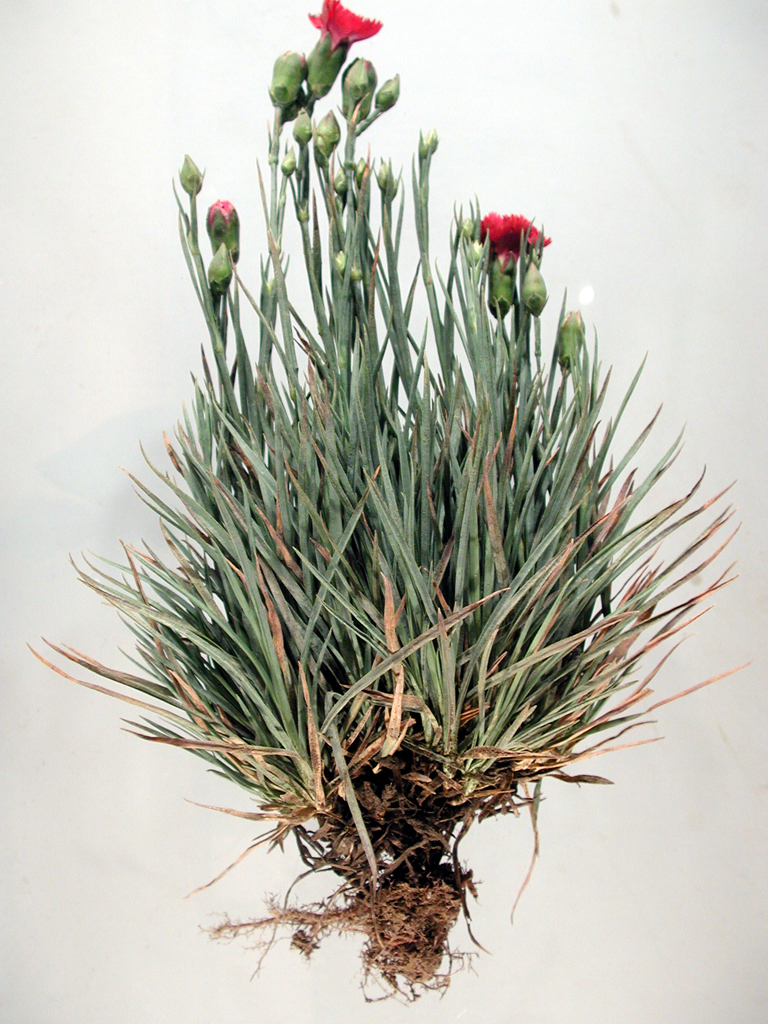