Trending
You are at:Home»Herbs and Spices»Traditional uses and benefits of Chinese Onion 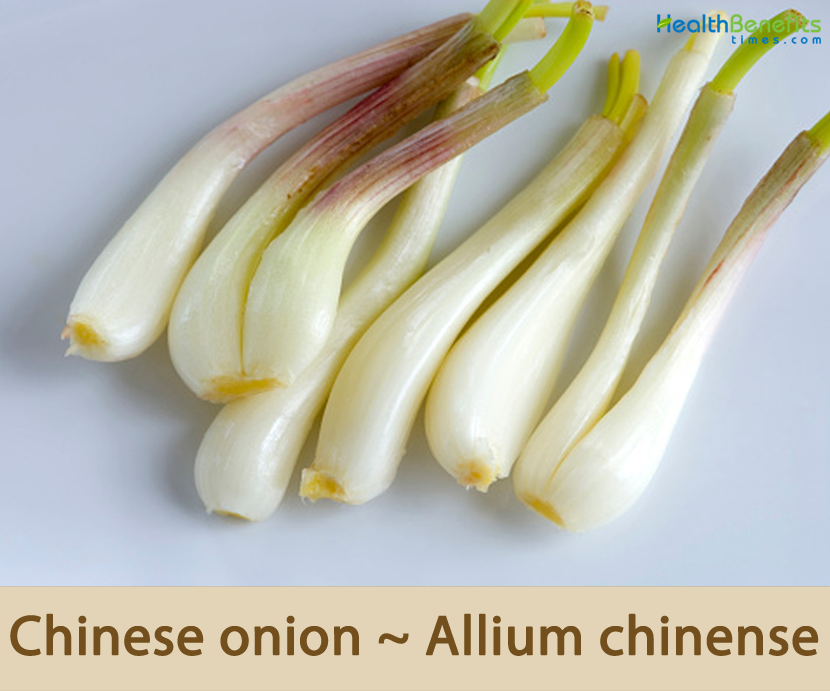 It is known to be cultivated in some parts of North-Eastern regions of India as well. It is a popular vegetable in East Asia, where it is widely cultivated for its edible bulb and leaves, and is often sold in local markets. It is found mainly in the tropical and sub-tropical areas of Japan, China and many other parts of eastern Asia. Allium chinense is a widespread, extensively cultivated species with no known threats; although its exact distribution and ecology are not know due to such a long history of cultivation for Chinese cooking. In hill areas of Manipur, the inflorescences are eaten raw with dry beef Ringneokashai or eaten in boiled vegetable soup. The bulbs and cloves are pickled in NE India, where it is popularly called Naga garlic. Chinese Onion is also known for insects and moles repelling characteristics, while its extract is used for moth control.

Chinese onion is an evergreen, clustered, caespitose perennial, bulb-producing plant that normally grows about 0.5 m tall from an underground bulb. The plant divides, forming in time a clump of growth. The plant prefers well-drained, friable and moderately fertile soils such as sandy loams and thrives in full sun. Too fertile soil such as the volcanic ash results in large and soft bulbs and a decrease in market value. It is tolerant of a range of growing conditions. These plants may go dormant in early summer, and return to growing during monsoon or at the latest, fall. They multiply almost as much as multiplier onions.

Bulbs are narrowly ovoid to ellipsoid, 1–4 cm in diameter with a white, membranous coat which is often tinged with reddish purple and gradually merging into the leaf blades at the top.

Leaves are bright green, hollow but the scape is solid. Leaves are slender and thin-walled, distichous, cylindrical, hollow, 20–50 cm long and 1–5 mm wide and 3–5 angled. Scape is lateral, 20–40 cm, terete and solid covered with leaf sheaths only at the base.

Inflorescence consists of a hemispheric umbel with 6–30 lax flowers with two-lobed persistent spathe on a stalk 40-60 cm long. Flowers are campanulate, purplish with six tepals arranged in two whorls, six stamens and a pistil longer than the tepals. Filaments are equal, 1.5 × as long as tepals, connate at base and adnate to tepals; outer ones subulate; inner ones broadened at base, one toothed on each side. The ovary is obovoid–globose, with concave nectaries covered by hood like projections at the base. Style exserted. Flowering normally takes place in between August to September.

Chinese onions are a rich source of calcium, magnesium and phosphorus. They also contain fructan, which helps to reduce the risk of cancer and heart disease; selenium, which has anti-cancer effects; and saponin. 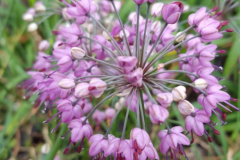 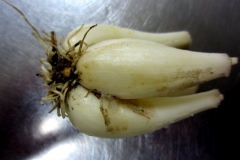 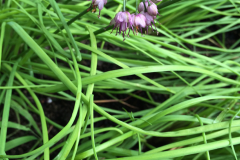 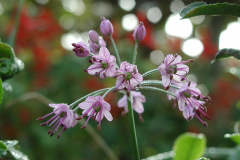 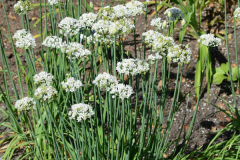 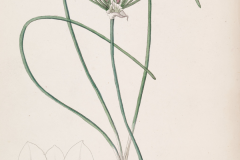 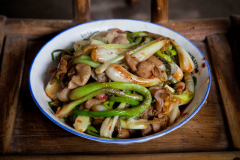 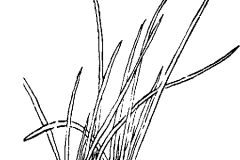 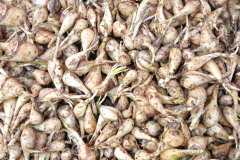