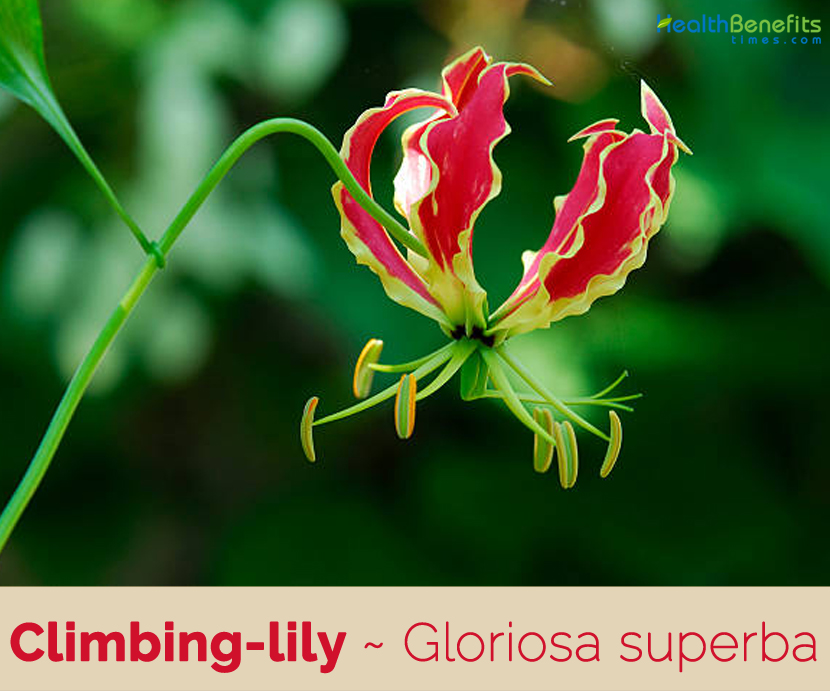 Gloriosa superba commonly known as Climbing-lily is a species of flowering plant in the family Colchicaceae. The plant is native to Africa and Asia. It is also found in USA, Indochina, Sri Lanka, and Madagascar Island. In India, it is found in Tamil Nadu and other South Indian forests. In Australia, it grows in the coastal region of Queensland. Few of the popular common names of the plant are climbing-lily, creeping-lily, flame-lily, gloriosa lily, glory lily, malabar glory lily, superb lily, fire lily, tiger claw, glory vine, malabar glory pipa de turco and vine lily. The name Gloriosa superba is composed of two words. ‘Gloriosa’ means full of glory, ‘superba’ meaning superb. And the name itself proves its medicinal value. Yet its overdose can be proved harmful.

Climbing lily is an herbaceous, tall, stout climbing, perennial herb that grows about 3.5m to 6m tall. The plant is found growing in brushwood, hedges, open forest, tropical jungles, forests, thickets, woodlands, grasslands, sand dunes, mountain habitats, deciduous woodlands, sparse savannah grasslands, and shrub lands. Rootstock is a chain of fleshy arched tubers, budding from the convexity above, cylindrical, flattened, often 15 to 20 centimeters long. Cylindrical tubers are fleshy and V-shaped; and one to four stems arise from it. Nearly one to four stems grow from a tuber. Stems are stiff, bright green to yellow-green, almost succulent and glabrous. The light yellow-green very tiny buds are foliose and essentially embedded within the stem. Bark is not applicable in our region as this plant functions as an herbaceous perennial or annual; even in the tropics this vine tends to dieback and go dormant occasionally, sometimes associated with dry seasons.

Leaves are evergreen or dieback in response to drought in tropical climates, but dieback due to cold in much of our region. no fall color develops in areas were the stems are nipped back by frost; alternate, or sometimes opposite or even whorled, simple, 5 to 7 cm long ovate-lanceolate to narrowly lanceolate blades terminate in extremely elongated acuminate tips which recurve to coil around objects for anchorage during climbing. The bright to rich green sessile leaves have cuneate bases, more or less parallel venation with entire to undulat margins, an extended midrib, and are glabrous with a nearly rubbery texture.

The showy flower has six tepals each up to 5 to 7.6 centimeters long. They are generally bright red to orange at maturity, sometimes with yellowish bases. The margins may be quite wavy. The six stamens also are long, up to 4 centimeters, and each bears a large anther at the tip that drops large amounts of yellow pollen. The style may be more than 6 centimeters long. One flower may weigh over 2.5 grams. Flowering normally takes place from October – May.

Fertile flowers are followed by ellipsoid fleshy capsule up to 6 to 12 cm long and 1 to 2 cm in diameter containing red seeds. Each valve contains 20 globose red-colored seeds. Seed is spherical, 4 to 5 mm in diameter and bright red. Cultivars of this popular garden plant may vary from these wild-type characteristics. The cultivar ‘Lutea’ has all-yellow tepals, ‘Citrina’ is yellow with red markings, and ‘Nana’ is a dwarf. Whitish forms are known, as well. 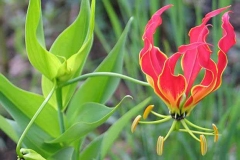 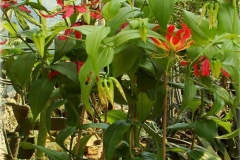 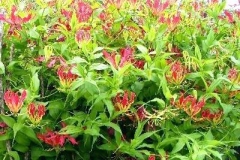 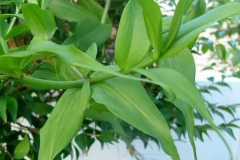 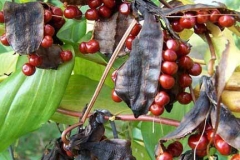 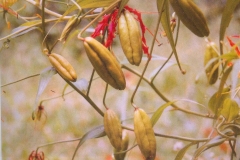 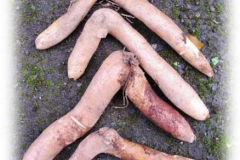 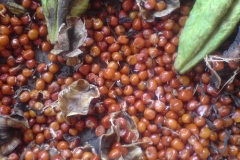 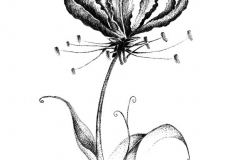 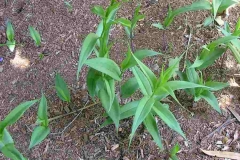 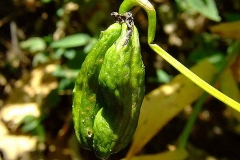 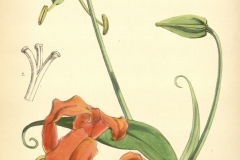 It is used in all health conditions described above in therapeutic indications.

It has antispasmodic and muscle relaxant properties. It also acts as emenagogue, so it promotes easy flow of menstrual blood and gives relief from abdominal cramps and lower abdominal pain during periods. To enhance its effectiveness, it is used with coral calcium in Ayurveda. The Dosage is used in Dysmenorrhea is 125 mg four times a day with Praval pisthi and honey.

Root powder pack is applied over the affected part of the scalp. It helps eradicating fungal infections and stimulates the growth of new hairs.

The oil obtained from Climbing-lily is useful in external abscess. The drainage of abscess before its application is required for maximum benefits.

Its oil is also applied within the genital internal walls to get relief from pain of the lower parts of the female reproductive tract.

Traditional uses and benefits of Climbing-lily