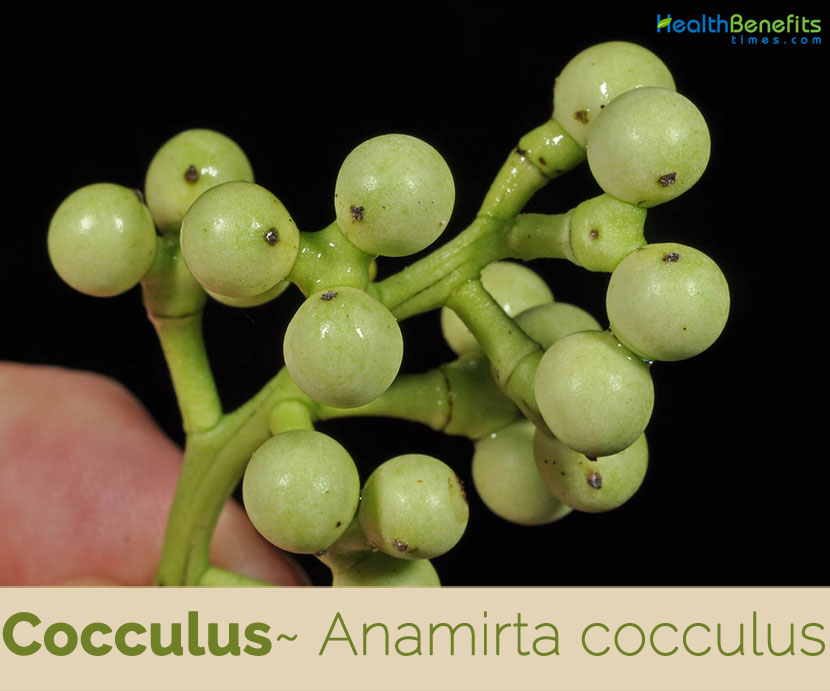 Anamirta cocculus commonly known as Cocculus, Levant nut or fish berry, are a Southeast Asian and Indian climbing plant of the family Menispermaceae and the only species of the genus Anamirta. The plant is native to Southeast Asia from India, Sri Lanka, Andaman and Nicobar Islands, Thailand, Indo-China, through Sumatra, Java, Lesser Sunda Islands, the Moluccas, to the Philippines and New Guinea. Its fruit is the source of picrotoxin, a poisonous compound with stimulant properties. The name “fish berry” comes from the use of the dried fruit as a method of fishing, in which the fish is “stupified and captured”; this method, however, is considered “unsportsmanlike”. Apart from Cocculus it is also known as Levant nut, fish berry, poison berry, Crow killer, Indian berry, Malayan fishberry and Indian Cockle.

Levant nut is a large, woody, dioecious climbing plant that normally grows about 15 m tall with stout, smooth branches, young stems and petioles pale straw-colored when drying, striate, wood white or yellowish, exuding white milky sap when cut. The plant is found growing in moist deciduous, evergreen forests, sacred groves in the plains, in forest, forest fringes, in thickets, on river banks, near streams and in savannah. It grows best on volcanic basalt, limestone, calcareous rocks and sandy soils.  The plant has ash-colored thick bark, vertically furrowed or corrugated. Stems are sometimes 10 centimeters thick, longitudinally wadded, porous, with stout, smooth branches. These stems scramble over the ground and twine into other plants for support, the stems twining to the left. The plant is not usually cultivated, but is often harvested from the wild for its medicinal uses.

Leaves are alternate, simple, ovate to broadly ovate, 16-18 cm long and  10-24 cm wide, base cordate to truncate, apex shortly acuminate, margin entire, palmately 3-7 veined at base with 4-5 pairs of lateral veins running parallel with the main pair of basal veins, lower surface with reticulum clearly visible and slightly raised, midrib very prominent, glabrous on both surfaces apart from hairy patches (domatia) in the axils of the secondary and main veins, thinly coriaceous; petiole 8- 26 cm long, glabrous, swollen at both ends, geniculate at base; stipules absent. 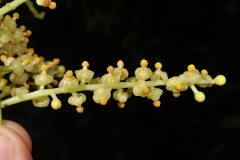 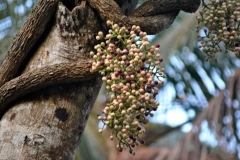 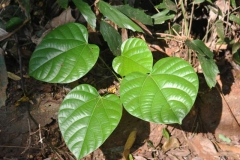 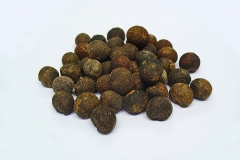 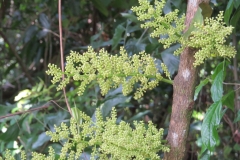 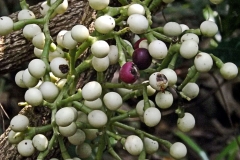 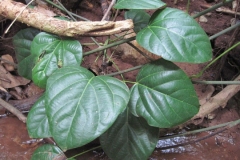 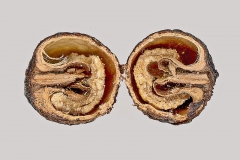 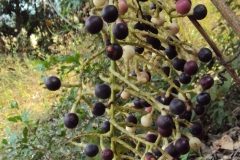 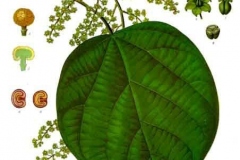 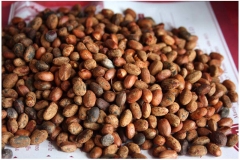 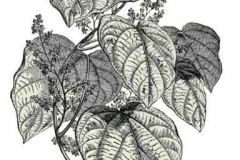 Its crushed seeds are an effective pediculicide (anti-lice) and are also traditionally used to stun fish or as a pesticide. The name “fishberry” comes from the use of the dried fruit as a method of fishing.

Traditionally and benefits of Cocculus