Trending
You are at:Home»Health & Beauty»Coffee Has Surprising Effect on Mental Health 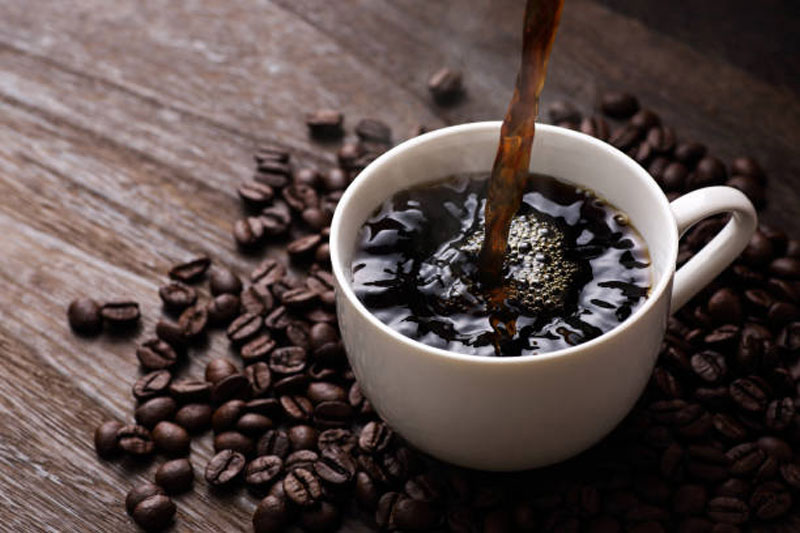 Making that first cup of coffee in the morning is a habitual routine that people all over the world look forward to every day. Some of us just enjoy the flavor of coffee whereas others are more addicted to the energy-boosting benefits.

Regardless of why you love to drink coffee, you may be surprised to find out how the range of chemical compounds that it contains can affect your mental health. So, your daily cups of coffee are providing you with more benefits than you may have even been aware of. Below, you can discover the benefits of coffee on your mental health.

A study conducted by the Harvard School of Public Health revealed that people who drink between two and four cups of coffee daily are considered to be a lower risk when it comes to committing suicide.

The study was extensive as that data was gathered from over 100,000 men and women participants. As a result, coffee has been strongly linked with helping to reduce the negative thoughts that can lead to someone committing suicide.

One of the main reasons for this is because of the caffeine inside coffee. Caffeine is a fantastic mood-booster that helps to give you a more positive outlook on life.

Are There Any Negative Mental Health Effects From Coffee?

Just like with consuming most things, too much coffee can lead to some undesirable side effects. However, according to CoffeeVerdict, there’s no real proof coffee is bad for your mental or physical health.

If you consume too much caffeine regularly, you may experience anxiety but as long as you keep your coffee consumption moderate with 2-4 cups a day, these potential side effects will be non-existent.

Another one of the major mental health problems that people battle with is depression and coffee can have a positive impact on the situation. Similarly to the decreased chances of coffee drinkers committing suicide, people who drink coffee are more likely to remain happy throughout their day.

This is in comparison to people who don’t consume any coffee at all. Consuming 2-4 cups of coffee a day can be an excellent way to improve your mood when your energy is feeling low.

The National Institutes of Health carried out a study where they discovered that people who drink 2-5 cups of coffee daily have a better chance of being more active and happy over an entire day compared to those who don’t drink any coffee.

Coffee is an especially powerful aid to feeling uplifted and preventing depression because of the caffeine and lack of other ingredients that can have a negative effect. For example, the caffeine contained in energy drinks is combined with unhealthy quantities of sugar which can lead to your energy spiking and dipping for you to experience a crash and a poor mood.

Elderly people who are more susceptible to these problems are advised to add coffee to their daily routine as a way to help alleviate the effects and possibility of developing neurodegenerative diseases.

Several studies have looked into the effects that coffee can have on memory and they’ve been able to find that people who consume coffee have an improved ability to retain information and have better memory recall.

In addition to this, coffee drinkers who experience improved memory benefits can have an easier time when it comes to managing their hectic routines and scheduling different things. This is an excellent benefit in today’s world where most people’s days are filled with things they need to do.

The studies that were conducted found that there was no specific age group that coffee had a more positive impact on when it comes to memory. They discovered that people of all age groups were able to improve their memory when drinking coffee.

So, elderly people can drink it to keep their memory in the best shape they can for as long as possible. Adults can use coffee as a way to add some clarity to their minds and be less forgetful about certain tasks and commitments. Students can utilize coffee as a way to retain more information for tests when they’re studying.

In addition to improving your memory, coffee has been found to impact your overall ability to cognitively function better compared to people who don’t drink coffee. This is due to the caffeine that’s inside coffee as it can spark certain receptors in the brain that boost your mental alertness.

Therefore, if there’s an especially large project that you need to focus on for long hours, coffee could be your greatest ally in getting the task done because of how much more mentally alert you feel.

Coffee can also be helpful for those days where you haven’t slept enough. By boosting specific receptors in the brain, you’re able to give your central nervous system a kickstart to still get things done. Although, we don’t recommend using coffee as a regular combatant to poor sleep.

The more sleep you get, the more energized you’ll feel and the greater the effects of coffee will be on your cognitive abilities.

Those of you who are already enjoying regular cups of coffee daily, you can now take more comfort in knowing that you’re doing your mental health a favor.