Trending
You are at:Home»Herbs and Spices»Health benefits of Common Ice Plant 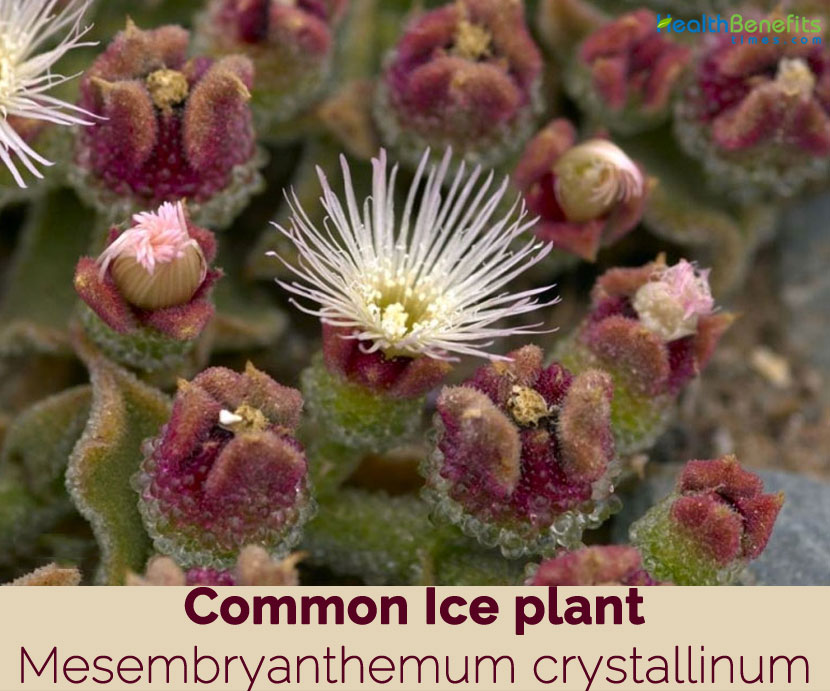 Scientific name Mesembryanthemum was derived from the Greek word mesembria, which means ‘midday’ and anthemum, meaning ‘flower’, and came from a belief that the plants only flowered at midday. After some time, night-flowering species were discovered, and the name seemed inappropriate and was then changed so that it could indicate a flower with its fruit in the middle i.e. mesos,  meaning ‘middle’, embryon, ‘embryo’ or ‘fruit’, and anthemom, ‘flower’. The species name crystallinum, means ‘with crystals’, which refers to the ice-like bubbles which are found on the leaves and stems. Common name ice plant is thought to be inspired by the glistening, ice-like bubbles on the leaves and stems, but is also reported to have arisen because it is claimed that even on the hottest day; the leaves are cool to the touch. The plant is covered with bladder cells, enlarged epidermal cells. The main function of these bladder cells is to reserve water. The plant is not to be confused with New Zealand spinach, which is occasionally referred to in gardening booklets as New Zealand ice plant.

Common Ice plant is a low growing, annual or biennial, robust succulent herb or dense prostrate shrub that usually grows about 1 meter tall.  The plant can be annual, biennial or perennial, but its life cycle is usually completed within several months, depending on environmental conditions. The plant is found growing in maritime sands, salt marshes, roadsides, cliffs, over-grazed areas, and areas of coastal erosion, rubbish dumps and homestead yards. It also occurs in a range of vegetation communities, including saltmarsh; samphire flats, eucalypt woodlands and shrub lands.  The plant can be found on wide range of soil types, from well-drained sandy soils (including sand dunes), to loams and clays. It prefers acid, neutral or alkaline soils, but can tolerate nutritionally poor or saline soils as well. Stems are trailing, diffusely procumbent, dichotomously branched up to 1 meter long, internodes terete 6 mm in diameter. The stems can range from green to red.

The leaves are ovate to spathulate, forming a tear-drop-shape, with wavy margins, and die from the apex when they are older. Leaves are sessile or petiolate, opposite, or in the branches alternate, petiole, more or less stem clasping. Blade is ovate or spathulate, flat, acute or acuminate, basal leaves are largest; 2-20 cm long, and 3.5 cm broad, margin undulated. Bladder cells are very large, rounded to elongate. They are yellowish or grassy-green when new, but become rusty-orange with age.

Each flower appears singly and has numerous thin petals, 5 sepals, and many short stamens. The flowers are 30–50 mm across and the color of the flowers ranges from white to pink to mauve. The flower stalks are also succulent, with the crystals ranging from green to red, however, this varies from location to location. Flowers are hermaphrodite (have both male and female organs) and are pollinated by Insects. Flowering normally takes place from July to September. Flowers open in the morning and close at night.

Though it was once grown in California, Australia, the Mediterranean as a decorative plant, it has become more commonly known as an invasive species and a threat to native vegetation. Ice plant was first introduced to California in the early 20th century when it was used to stabilize soil along railroad tracks. There are other forms of this plant which are popular in Asian regions that are also used in the same way, to help control erosion. 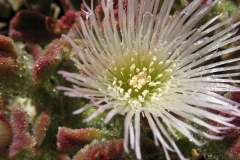 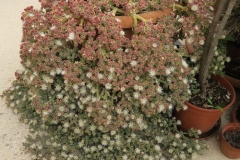 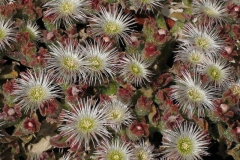 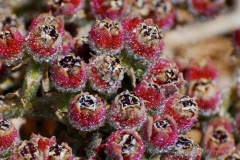 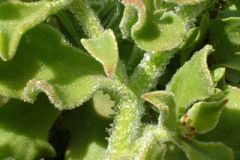 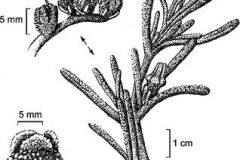 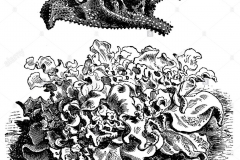 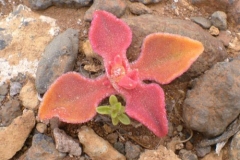 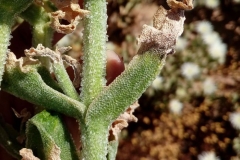 Various regions around the world use common Ice Plant, as well as its cousin Kudzu, to treat different health conditions, including colds, fevers, and even glaucoma. Research has shown that this plant consists of extremely high levels of isoflavones as well as flavonoids and isoflavonoids which are plant metabolites that have a significant effect on human metabolism. The following are just a few of the many different medicinal uses of Common ice plant

Apart from relieving constipation, the juice of the common ice plant fruit is also known to be an effective solution for pulmonary tuberculosis, which is a transmissible bacterial infection of the lungs. Traditional healers usually add olive oil and honey to the said juice to make it more effective at dealing with pulmonary tuberculosis.

Since there are compounds in ice plant that are very good at putting an end to inflammation, the herb is also used for promoting a healthier cardiovascular system. It is said that the use of common ice plant can help in keeping high blood pressure at bay as well as lowering the levels of bad cholesterol.

Did you know that there are a number of sunscreens with Common ice plant extract in them as it offers protection from harmful UV rays given off by the sun? What’s more, various ointments and creams for sunburn also consists of the said extract as it’s very effective in soothing achy and damaged skin caused by too much exposure to the sun.

Another very common medicinal use of common ice plant is for the relief of constipation. Fruit of the herb is the one that is used as it has laxative properties, and it is turned into juice. People who are prone to constipation may consume common ice plant fruit on a regular basis to encourage the evacuation of the bowels.

Chewing on the tip of a common ice plant leaf is a well-known cure for oral sores. Sometimes the juice of the leaves may be directly applied onto oral sores for a speedier healing process. Gargling with the said juice is also traditionally done for achieving relief from a sore throat and other infections pertaining to the oral cavity.

Traditional healers also trust on common ice plant, in particular its sap, in dealing with various inflammatory conditions of the skin. Active biological compounds present in it are capable of controlling inflammation. As a matter of fact, some of the most effective topical solutions for psoriasis and other related skin conditions have common ice plant sap in them.