Trending
You are at:Home»Facts»Ensuring a Healthy Pregnancy: More Than Just Diet and Nutrition 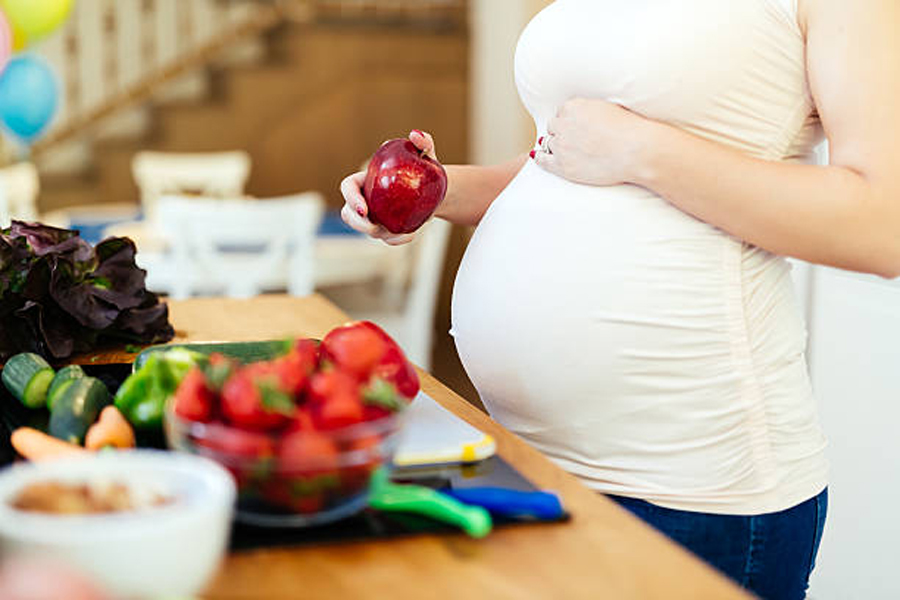 Making the decision to start a family is one that is oftentimes made through a considerable amount of consideration and contemplation between parents. However, once the choice is made, the questions have often just begun. Pregnancy can be a highly uncertain time, and one of the greatest uncertainties often revolves around the health of the baby. It is natural to wonder whether or not your baby will be born healthy or if they might arrive with some health concerns that might warrant extra care and consideration.

But what types of things cause the genetic and chromosomal defects that can lead to health issues? Certain conditions can be brought on by poor prenatal nutrition on both the paternal and the maternal sides. For instance, insufficient folic acid has been shown to lead to neural tube defects (NTDs) such as spina bifida and anencephaly. That said, there are many other things that can affect the outcome of childbirth, each of which needs to be considered in order to help prevent these potential complications.

While many genetic and chromosomal disorders can be fairly unpredictable in their etiology, being informed about these risks can help minimize their possibility of occurrence. From cystic fibrosis to things like Down syndrome, taking measures to prevent these disorders from occurring can make all the difference in ensuring a long and healthy life for both a child and their parents.

In order to begin to understand the things that can lead to various disorders, it’s important to first distinguish between genetic disorders and chromosomal disorders. A genetic disorder is a condition that arises due to changes in the DNA structure itself, wherein it deviates from the normal genetic sequence. These disorders can arise due to mutations in the gene itself, mutations combined with environmental considerations, or due to damage to the chromosomes.

Who Is At Risk?

It’s understandable to be concerned when thinking about the possibility of genetic or chromosomal disorders. While not all complications can be predicted during pregnancy, there are some potential factors that can increase the risk of a disorder appearing. These include:

One thing to bear in mind is that correlation does not automatically mean causation, especially in the case of genetic or chromosomal disorders. While either parent may have these risk variables in their medical history, this doesn’t necessarily conflate to their manifestation in the unborn child. Being aware of these risks is essential, but a conversation with a genetic counselor can help dispel any existing concerns and better inform expecting parents of what to anticipate in the coming months and years.

Ultimately, the most efficacious way to help determine if a child may be at risk for a genetic or chromosomal disorder is through thorough prenatal testing. Undergoing an assay of screenings can help pinpoint precise risk factors and, more importantly, identify them with a high degree of confidence. Electing to perform NIPT during pregnancy can reveal whether or not a child may be in danger of being born with serious chromosomal abnormalities, such as trisomy 21 (Down syndrome) and trisomy 13 (Patau syndrome).

Once these tests are finalized, parents can make empowered decisions about what the future holds and speak to a genetic counselor to better understand next steps.

Avoiding complications during pregnancy is important, but can’t always be avoided. Fortunately, there are empowering resources that can make all the difference. Between recognizing existing risks, prenatal testing, and speaking with a genetic counselor, everyone can look forward to a bright and happy future.