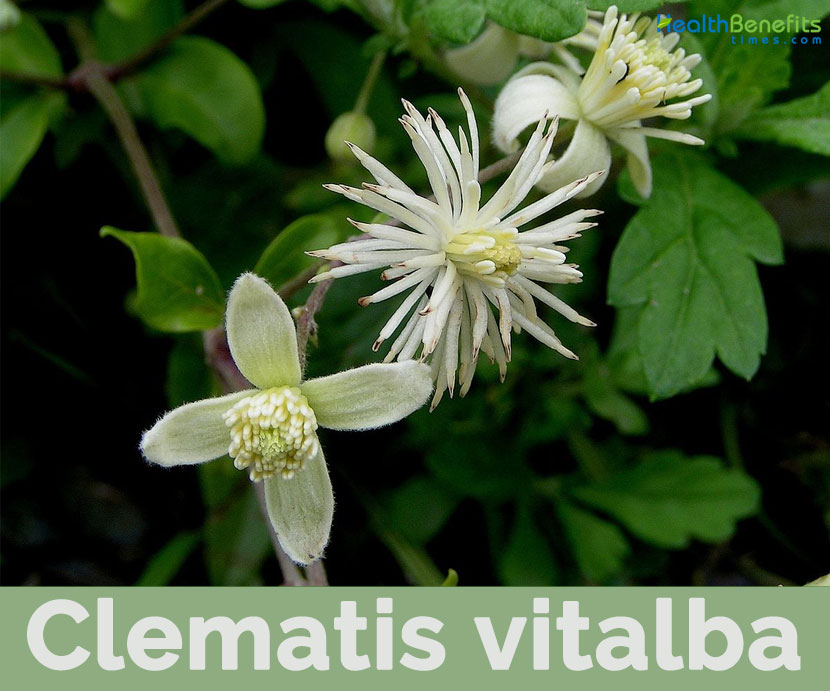 The Latin Clematis is thought to derive from the Greek word for shoot as it is a climbing plant. The name vitalba is derived from the Latin words for ‘white vine’, referring to the mass of white flowers that cover vines in summer. The common name, ‘traveller’s joy’, also refers to this massive floral display, whereas the common names ‘old man’s beard’ and ‘virgin’s bower’ refer to the creamy mass of feathery achenes that hang on the bare canes through winter. Other common names are used regionally in England. It was also recommended that traveller’s joy did the devil’s work as it would kill other plants by out-competing them. This is why it is viewed as an intrusive weed by many people. Medicinally, the leaves of the plant mixed with wine would serve to combat various problems diarrhea and suitably combined matrix relieve pain and tooth or even have beneficial effects on snake bites. It was used by beggars to cause ulceration of the skin, thus stimulating the mercy of passers, so the plant was known also as beggars grass.

Old Man’s Beard spreads both vertically and horizontally. It can grow up to 7 times faster than ivy. Stems can grow several meters in a single season. The vines can form a dense, light absorbing canopy that overpowers all vegetation beneath it and can be so forceful that the weight of the foliage and stems breaks the supporting trees. One plant is capable of blanketing an area of 180 sq. meters.

Leaves are arranged opposite each other on the stems and are pinnately compound, consisting of usually 5 leaflets. Leaflets are variable in size and shape, ovate, acute to acuminate, rounded or sub-cordate at the base, and coarsely toothed or entire Leaflet margins are smooth to somewhat toothed, but the upper leaflet is sometimes 3-lobed. Leaflets have some small hairs on the leaf veins below and no hairs above.

The flowers are white to greenish-white, and they are about 2 cm in diameter. The inflorescence of C. vitalba is a terminal axillary panicle – the flowers are found in stalked clusters of the upper leaf axils. Each individual flower is perfect; they contain both male and female flower structures (stamens and pistils). The flowers do not have petals and are composed of 4 sepals, many stamens and many styles. Some stamens can be non-fertile, and some are petaloid. The styles are plumose (feathery), and they are long, white and persistent. Flowering normally takes in between July to September.

Fertile flowers are followed by hairy achenes that are compressed and are 2.0-2.5 mm long. They are initially green turning to dark brown as they mature and are ovoid and pubescent. Each retains a feathery style that is 2-3 cm long. Achenes are produced in large heads.

C. vitalba is native to Europe, from southern England and the Netherlands to North Africa, and from Spain to the Middle East and the Caucasus. It is naturalized in European countries bordering its contiguous native range, including Ireland, Poland, Norway and Sweden and it also grows north of its native European range, for example in northern England and Scotland. It has been introduced to, and has naturalized in, North America, Australia and New Zealand. The best means for estimating distribution in Europe appears to be mean temperature in July. 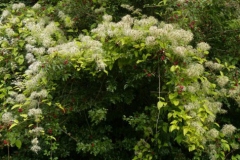 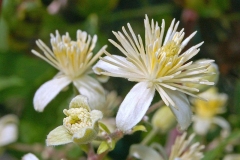 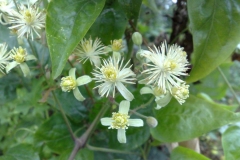 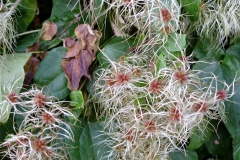 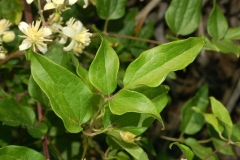 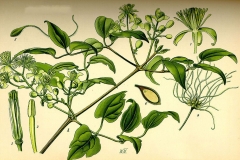 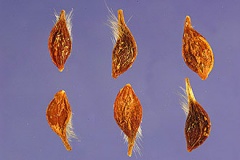 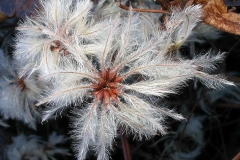 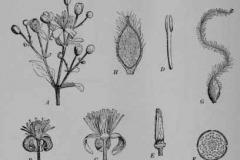 The Bach Centre claims that this plant can be effectively incorporated as treatment for patients who lack emotional balance and have a hard time coping with anxiety and depression. It is also used for patients who have problems in differentiating reality from fantasy. Therefore, Clematis vitalba is suggested for symptoms like excessive daydreaming, lack of concentration and memory, living in an imaginary world etc. Patients who took this flower remedy showed signs of improved focusing, realistic thinking and a more energetic behavior.

Clematis vitalba is given to children who have problems with their concentration. Such absent-minded children can benefit a lot from this treatment because it boosts their attention span and makes them remain focused for a longer period of time.

This herb is usually used to lessen arthritic and joint pain, particularly those irritating pains that become even more severe when the weather is cold or damp. Another role of Clematis Vitalba is to calm abdominal distention and abdominal pain.

Clematis vitalba is a central herb in Chinese medicine and the parts that are most used in treating certain affected areas or illnesses are the roots and the rhizomes.

Sheep grazing will control C. vitalba seedlings and young vines growing at ground level, but potential damage to rare and endangered plants may make this approach questionable in many infested sites.

Small seedlings can be removed by hand. Vines can be cut and pulled from trees by hand once the foliage has dried. Roots can be dug out, but should be placed off the ground where they cannot take root again. Treating cut stems with herbicides will also kill crowns and roots. Vines growing along the ground can be uprooted, but can regenerate from stem fragments left behind. Foliage trimming has no apparent effect on plants.

C. vitalba foliage growing on fence lines, in wasteland, or as a monoculture can be successfully sprayed. Range of herbicides can be used to spray C. vitalba, including glyphosate, imazapyr, metsulfuron and clopyralid. Herbicide should be applied to pre-flowering foliage from late spring to late summer. Where broadcast spraying could have non-target effects, find the crown, cut the vines to ground level or to waist level in the winter or spring and spray the foliage that regenerates from crowns and stems in late summer. Alternatively, applying full strength herbicide by paint brush or dropper to the cut surface immediately after stems are cut close to the ground will also kill crowns and roots. Ward et al. found that a gel formulation of picloram was an effective stump treatment. These approaches impact least on surrounding vegetation. Growing in inaccessible areas can make adequate chemical control either too expensive to apply, or unsafe because the weed is interwoven with valued indigenous plants. Nevertheless, aerial spraying of native forest reserves has been conducted on the assumption that possible death of non-target plants from herbicide application is preferable to certain death in the darkness under the canopy of C. vitalba.

Three biological control agents for C. vitalba have been released in New Zealand. Phytomyza vitalbae was released in 1996, and spread widely. Laboratory studies suggest that moderate mining of leaves can significantly reduce the growth rate of seedlings, but the impact of this insect on C. vitalba in New Zealand has yet to be fully evaluated. Phoma clematidina was also released in 1996, and is now widespread. This fungus causes leaf and stems necrosis, wilting, premature defoliation, and sometimes girdles stems. Epidemics have been observed, but their impact on C. vitalba infestations has not been measured. The sawfly Monophadnus spinolae has been released widely in New Zealand, but there is no evidence of establishment.

C. vitalba grows wildly on alluvial soils and over riparian vegetation. It is important to treat upstream infestations first to restrict re-invasion by water- and wind-blown seed.