Trending
You are at:Home»Facts»Ginger and Turmeric for Pain Relief

Ginger and turmeric are root stalks (rhizomes) used as traditional herbal medicines around the world. For thousands of years, these rhizomes are cooked, crushed, and powdered to treat a variety of ailments, such as arthritis, gastric discomfort, and sore throat. It is also believed to be effective in pain management.

In fact, ginger and turmeric are two of the most thoroughly studied herbal medicines. The result of studies are mixed, however, there are enough positive reports that can support its health benefits. Your Natural Med Doc might even prescribe this for pain management.

What Does Ginger Contain?

Ginger contains phytochemicals with active medicinal effects called “gingerols” and “shogoal”. This rootstalk has a long history of being a remedy to an upset stomach, motion sickness, nausea, and vomiting. It is also used to control the growth of Helicobacter pylori, the bacteria that causes ulcers and gastric infections.

A study participated by 150 women with severe menstrual pain weighed the effects of ginger against ibuprofen and another prescription non-steroidal anti-inflammatory drug (NSAID). The participants compared the effects and found out that they are equally effective in relieving pain.

In another research, it was revealed that ginger is comparable effectively to triptans, which are medications used to treat cluster headaches and migraines. Powdered ginger was also to relieve pain within 2 hours. Studies also suggest that this rootstalk can alleviate pain related to arthritis.

Ginger As a Safer Alternative

Over-the-counter and prescription pain relievers have side effects. For this reason, it is not recommended to rely on them for a long time. High-dose or long-term intake of NSAIDs and other types of pain killers have been associated with ulcers, lesions, gastrointestinal disorders, kidney problems, and liver damage.

Ginger, when taken on its natural form, is generally safe. In fact, research shows that it has active ingredients that protect the gastrointestinal lining from damage that can be caused by medications, alcohol, and hydrochloric acid.

How to Incorporate Ginger into Your Diet

Ginger is available in different forms: whole powdered, crystallized, and liquid. Here’s how to effortlessly get a dose of it:

What Does Turmeric Contain? 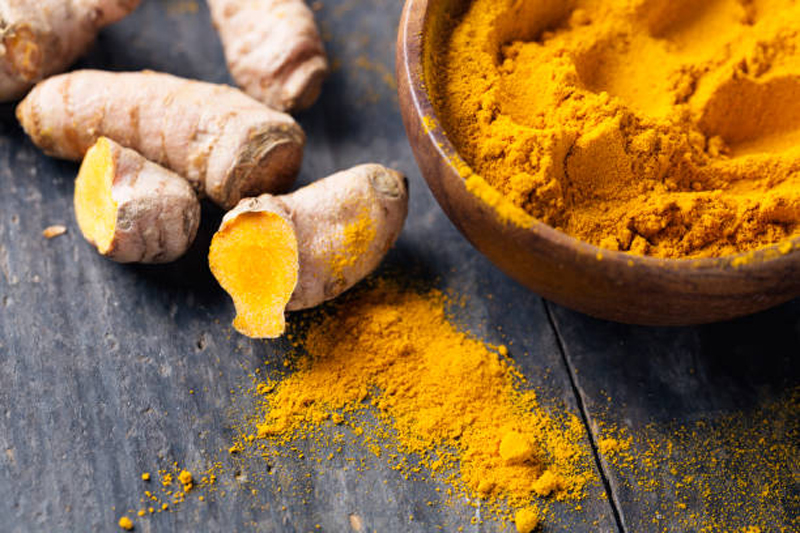 Just like ginger, turmeric is a popular spice in Southeast Asia. It is particularly prominent in Thai and Indian dishes. The active compound in this rootstalk is “curcumin”, which has known to have anti-inflammatory and antioxidative properties. For these reasons, turmeric is considered when talking about pain management Phoenix.

How Is It Related to Pain Relief?

Pain is associated with inflammation. Therefore, if inflammation is prevented (or decreased), pain can be alleviated. This is why it’s no surprise when clinical studies found out that turmeric can relieve rheumatoid arthritis, Crohn’s disease, stomach ulcers, irritable bowel syndrome, ulcerative colitis, and post-operative inflammation.

Similar to ginger, the painkilling effect of turmeric is comparable to both prescription and over-the-counter medicines. It is also generally safe for regular consumption, has not been linked to any ailment.

In a 2019 study, 139 people were given 500 mg curcumin thrice a day and 50mg of a certain NSAID twice a day for 1 month. The participants reported a 95% improvement with curcumin and 97% with the NSAID. However, side effects were remarkably minimal with curcumin. The subjects taking curcumin also she almost 2% of their body weight.

How to Incorporate Turmeric Into Your Diet

Turmeric fresh roots and supplements are widely available. Specialty markets also offer it in powdered form. Here’s how to include turmeric into your diet without being too conscious about:

Ginger and turmeric are both powerful pain relievers. But if the pain persists, it is recommended to consult a professional so the root of the problem can be addressed. It is also important to understand that these rhizomes are just remedies and not substitutes for any medication prescribed by your physician. If you have a medical condition, talk to your physician about using herbal medicines first.