Trending
You are at:Home»Herbs and Spices»Health benefits of Goat’s Rue – Galega officinalis 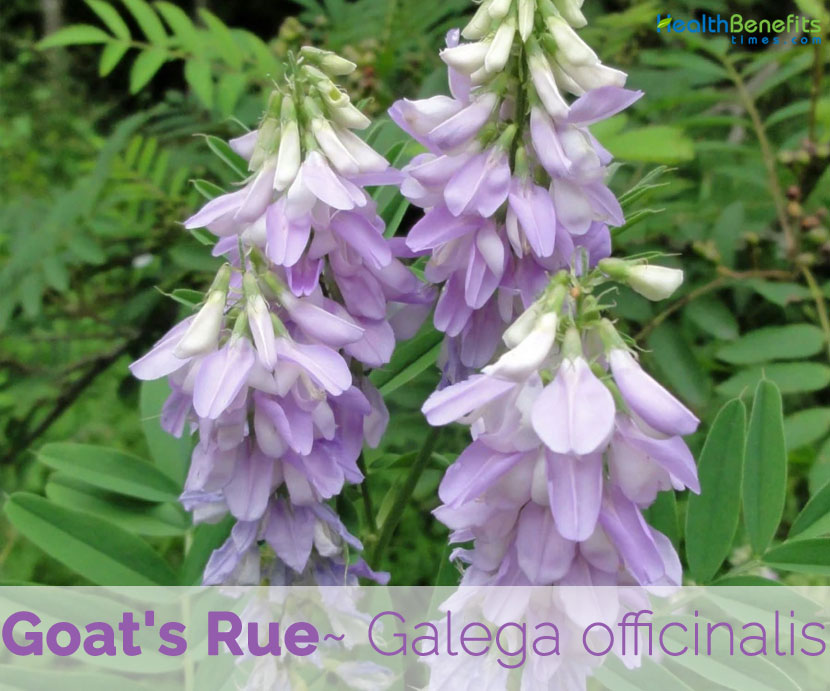 Galega officinalis, commonly known as galega, goat’s-rue or professor-weed, is an herbaceous plant in the Fabaceae ⁄ Leguminosae (Pea family). The plant is native to temperate grassland regions of Middle East, but has been naturalized in Europe and western Asia. It has also been found in South America, North Africa, Pakistan, Turkey, and New Zealand. The plant has been extensively cultivated as a forage crop, an ornamental, a bee plant, and as green manure. Goat’s-rue, Professor Weed, Galega, Common goat’s-rue, Common milkpea, French lilac, Italian fitch are some of the popular common names of the plant. G. officinalis is rich in galegine, a substance with blood glucose-lowering activity and the foundation for the discovery of metformin, a treatment for managing symptoms of diabetes mellitus. It can be poisonous to mammals, but is a food for various insects.

The genus name Galega is derived from the Greek word gala, meaning milk and ago meaning ‘to bring on’. The plant was historically used as a galactagogue in small domestic animals. When Linnaeus invented the binomial system of nomenclature, he gave the specific name ‘officinalis’ to plants with an established medicinal, culinary, or other use. The word officinalis is derived from the Latin officina meaning a storeroom (of a monastery) for medicines and necessaries. It literally means ‘of or belonging in an officina’, and that it was officially recognized as a medicinal herb. Goat’s rue is considered safe, but was accidentally discovered to be toxic after the death of sheep that had consumed large quantities. It is unknown exactly why these sheep yielded while other animals remain unaffected.

Goat’s Rue is an erect, shrubby, colony-forming, woody herbaceous perennial plant that normally grows about 2 meters (6 feet) in height. The plant is found growing in scrub, woods, marshy fields, roadsides, grasslands, wetlands, river or stream beds, wet, damp meadows, swampland, railway lines, cropland, water-ways and fence lines. The plant prefers light, medium and heavy soils and can grow in nutritionally poor soil. The plant prefers moist soils that are acid, neutral or basic. It prefers full sun, but will tolerate light shade. The plant has a deep taproot. The erect, branching stems are smooth and hollowed and support the long floral stalks. The first seedling leaves are large, oval, and dark green. Mature leaves are bright green, alternate, odd-pinnate and compound. Each leaf typically made up of thirteen to seventeen lance shaped leaflets. These leaflets are approximately 2-5 cm long and have small hair like projection on its tips. The stipule (leaf-like appendage at the base of the leaf stem) is sagittate (arrow shaped) and toothed and lobed.

The white and bluish to purplish pea-like blossoms are borne in terminal or axially racemes. Flowering begins in June and continues until frost in the fall. Each blossom produces a straight, narrow, smooth pod, which points outward and is angled slightly upward from the stem. There are 1- 9 seeds per pod and there may be upwards of 15,000 pods per plant. Goats-rue seeds are bean-shaped, dull yellow in color, and about 2 ½ times larger than alfalfa seeds. Seeds drop to the ground when mature and may be spread by water, equipment, or animal manures. Goats-rue seed typically remain dormant until scarified and may remain viable for ten years. 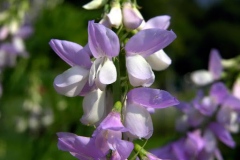 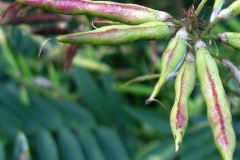 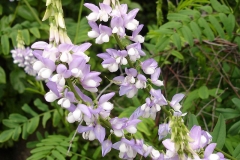 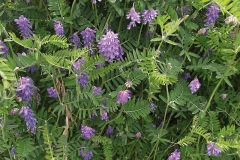 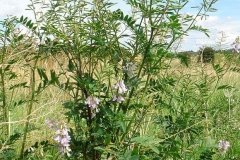 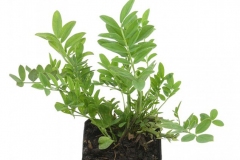 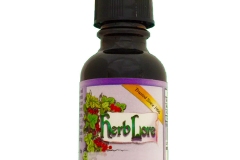 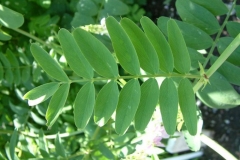 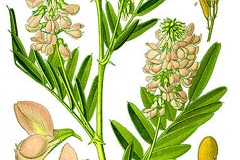 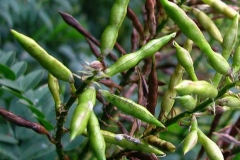 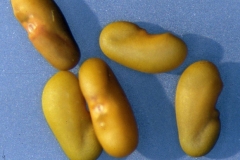 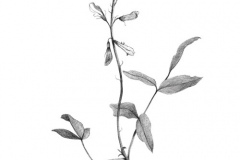 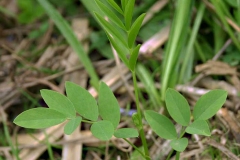 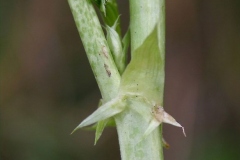 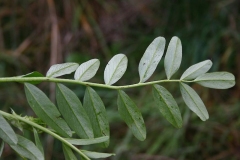 Let’s have a watch at some of the health benefits of goat’s rue:

Since 1900s Goat’s rue has been used in the treatment of diabetes mellitus. ‘Guanidine’ is the active component present in goat’s rue which helps in lowering the blood glucose levels.

Metformin, a potent anti-hyperglycemic drug is produced from the guanidine derivatives present in goat’s rue. Compounds present in this medicinal plant, encourage the release of insulin, which helps in controlling blood glucose level. It further transports glucose into the cells and tissues and reduces the presence of excess glucose in the blood. The alkaloids present in goat’s rue induce the prolonged hypoglycemic effect.

In recent years a lot of interesting discoveries are being made connecting previously mentioned Metformin. One example is the Singapore study in which they saw a 51% decreased risk of cognitive impairment with Metformin use. Additionally, they revealed a stronger effect if the patients started taking it at an earlier age.

Building on that, Metformin use is also connected to delaying the development of dementia, Alzheimer’s and Parkinson’s disease.

Goat’s rue is an outstanding anti-obesity agent. Research observed that goat’s rue helped in weight reduction in those who are normal and genetically obese. Intake of goat’s rue along with a calorie-restricted diet helps in losing excess body fat. A high-calorie diet without exercise causes weight as well as fat gain. Guanidine, a precursor to metformin is responsible for this weight loss effect. It suppresses the appetite and delays hunger pangs. Thus, lesser calories enter the system, which may help one to lose weight. It further prevents the storage of fat in the body and helps in fat-burning.

Goat’s rue is a natural galactagogue and it possesses lactogenic effect. It increases breast milk supply. Phytoestrogens present in goat’s rue are plant chemicals that mimic the action of estrogen. They bind to the estrogen receptors and increase the concentration of prolactin. Prolactin is a hormone responsible for the secretion of milk in breastfeeding mothers.

Chronic inflammation is the cause of various diseases and disorders. Goat’s rue has the ability to prevent the production of pro-inflammatory compounds, which give rise to inflammation.

Research observed that natural compounds present in goat’s rue prevent the generation of nitric oxide in the body. Nitric oxide, if produced in higher amounts in the body may give rise to serious inflammatory diseases. Thus, by blocking the formation of such a dangerous compound, goat’s rue plays a crucial role in protecting the body against diseases.

Scientists have observed that goat’s rue is an excellent anti-cancer agent. Leaves of goat’s rue are a great source of phytoestrogens. These phytoestrogens act similar to estrogen and protect against human breast cancer. These compounds kill the dangerous cancer cells and prevent their spread to other healthy cells of the body. Additionally they prevent the growth and multiplication of the cancer cells and destroy the formation and growth of the tumor.

Goat’s rue is effective in lowering high blood pressure due to its anti-hypertensive effects. It extends the arteries and blood vessels and ensures smooth blood flow throughout the body. Hence, it helps in the management of high blood pressure, along with a salt-restricted diet.

Regular consumption of goat’s rue helps in improving the overall lipid profile. It reduces the level of LDL ‘bad’ cholesterol in the blood and increases the concentration of HDL ‘good’ cholesterol.

How to Consume Goat’s rue

Goat’s rue can be consumed in for of tea. Its capsules are also available in the market.

Goat’s rue is commonly consumed in the form of tea. It is available in the market or you can even prepare it at home. How to make this tea:

Boil 1 teaspoon goat’s rue in 1 cup of water for 2-3 minutes. You can drink this tea 2-3 times a day. You can improve the flavor the tea by adding one of the below-mentioned ingredients:

Goat’s rue capsules are available in the market, but one should ask their doctor before starting with these capsules. Purchase these capsules from a reliable source