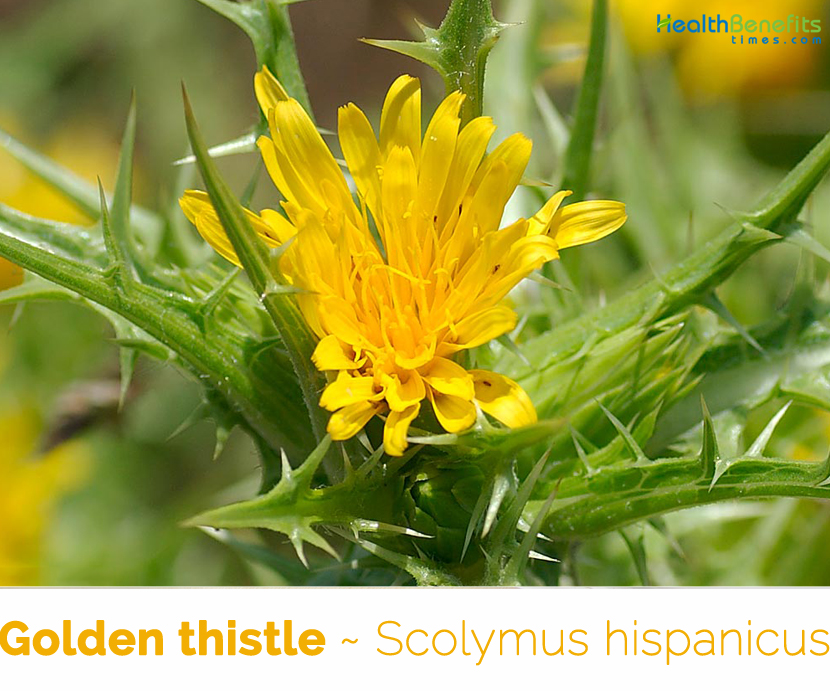 Scolymus hispanicus, the common golden thistle or Spanish oyster thistle, is a flowering plant in the genus Scolymus in the family Asteraceae. It is an herbaceous biennial or short-lived perennial plant native to southern and western Europe, north to northwestern France. It has a circum-Mediterranean distribution, extending also to northwestern France and the Canary Islands. Few of the popular common names of the plants are cardillo, Golden Thistle, Spanish Salsify, Spanish Oyster-plant, Spanish oysterplant, Common goldenthistle and sunnariah.

Golden thistle is an erect, prickly herbaceous, biennial or short-lived perennial herb that grows about 80 cm tall. The plant is found growing in uncultivated agricultural fields, roadsides, waste places, nitrified lands, on almost all types of soils, disturbed sites, fields and grassy areas.  The plants occur in dry sites and soil ranging from poor gravels to fertile alluvial loam. Stem is erect, sometimes single but usually several stems are produced from a crown. Stems have many branches, are spiny winged and covered with fine down, containing milky sap.

Golden-yellow florets occur on solitary flower heads of 2.5-4 cm in diameter. They develop on very short stalks in the leaf axils with each head surrounded by a few very stout, spiny bracts. Flowering normally takes place from May, June, July and August. Fertile flowers are followed by club shaped achenes, flattened 2–3 mm long, with a pappus of hairs forming a short corona. Fruits are initially green turning to yellowish-brown as they mature. Seed is yellow-brown, flat with a membranous margin or wing. Including the wing, they are about 7 mm long and 5 mm wide. The seed itself is about 5 mm long and 2 mm wide.

The oldest known references are those of Theophrastus (371–287 BC) and Pliny the Elder (23–79 AD). Theophrastus told us that its root is eaten both raw and cooked, being juicier when the plant is flowering (Teofrasto 1988). Pliny the Elder mentioned that it is eaten in the East and used by the poor, and finally that it is said to possess diuretic properties in a very high degree (Bostock and Riley 1855). Clusius (1576) mentioned the edible use of the young plants with their root, either raw or in meat stews in the Spanish province of Salamanca. 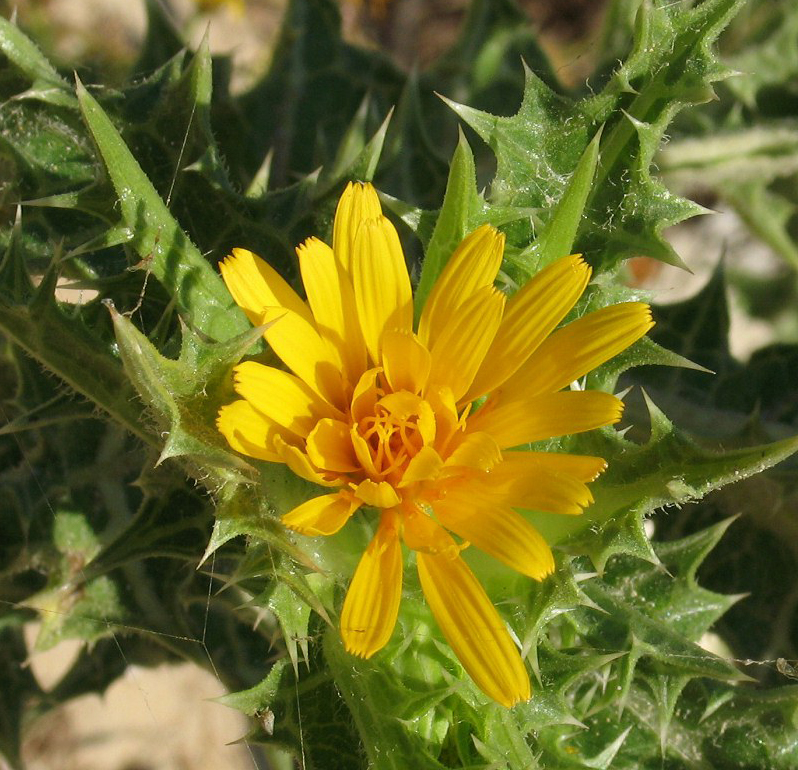 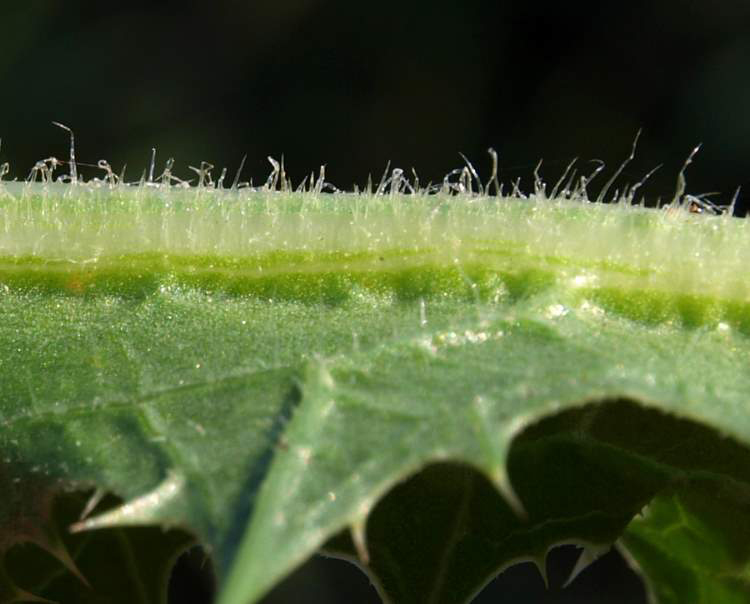 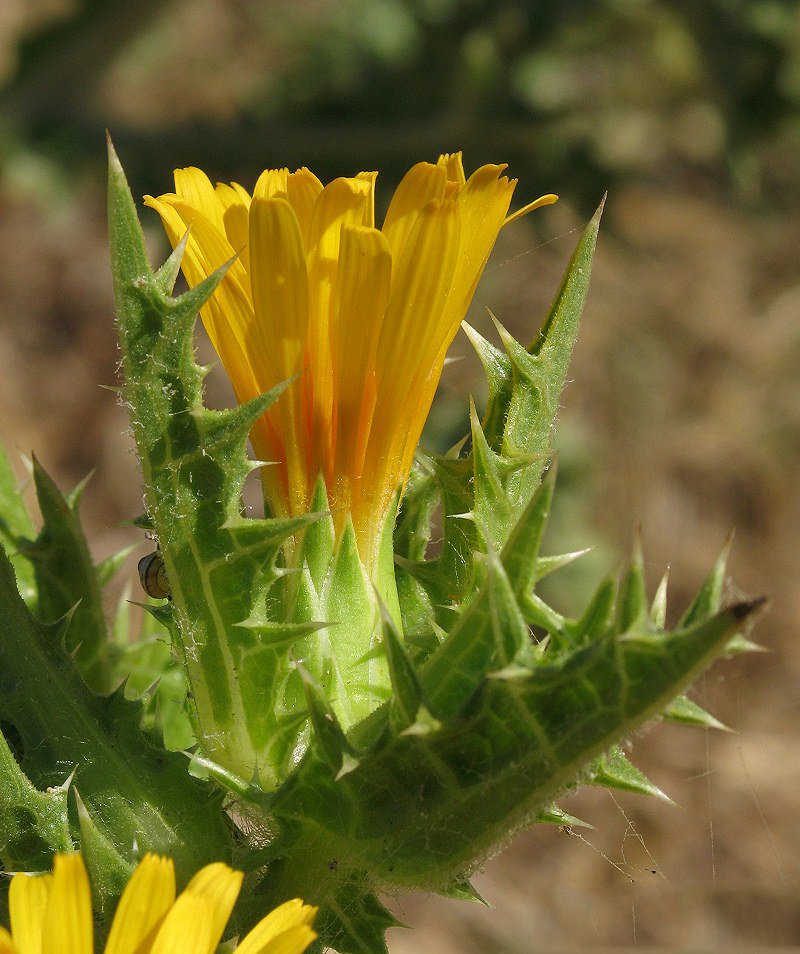 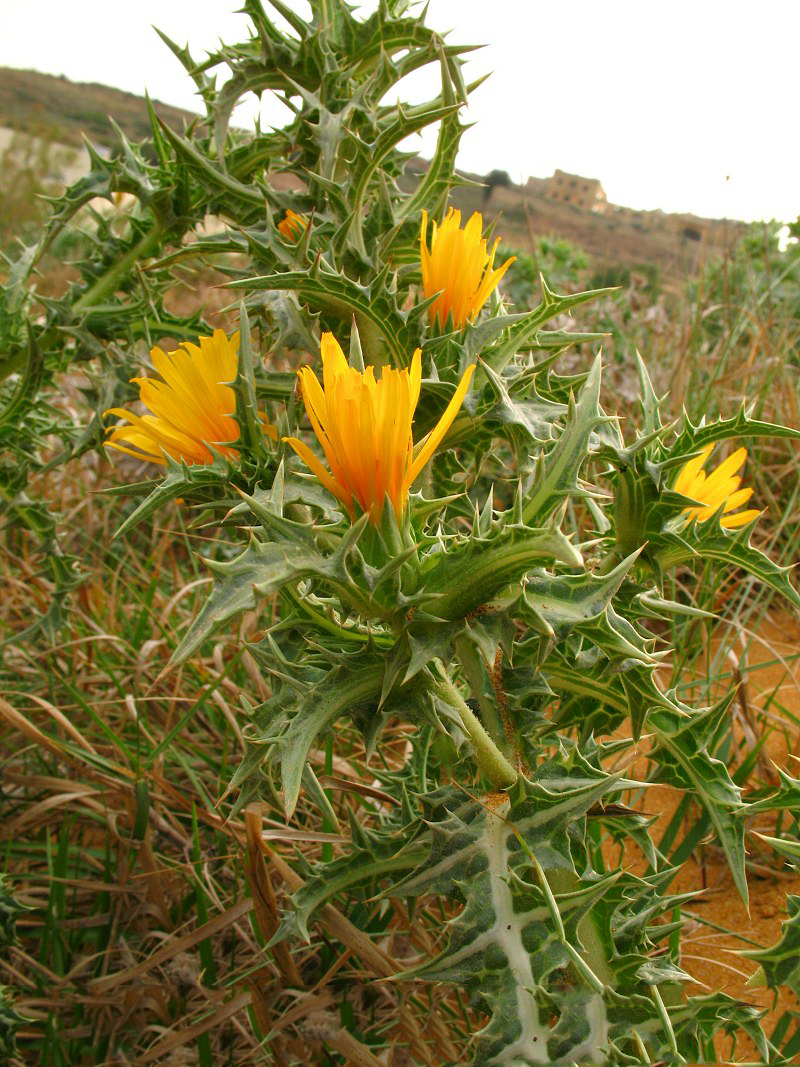 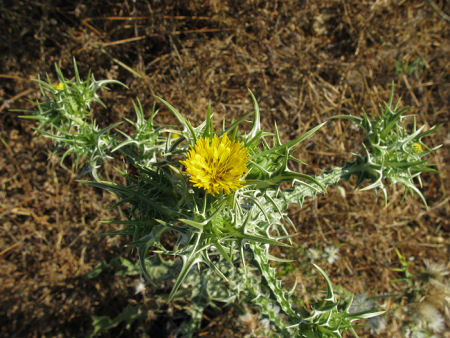 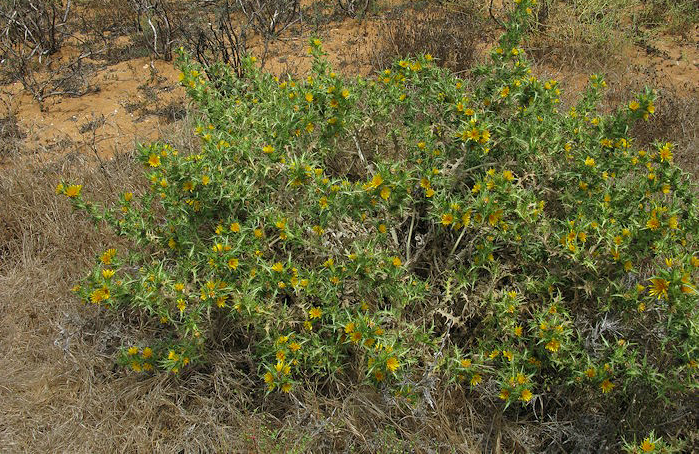 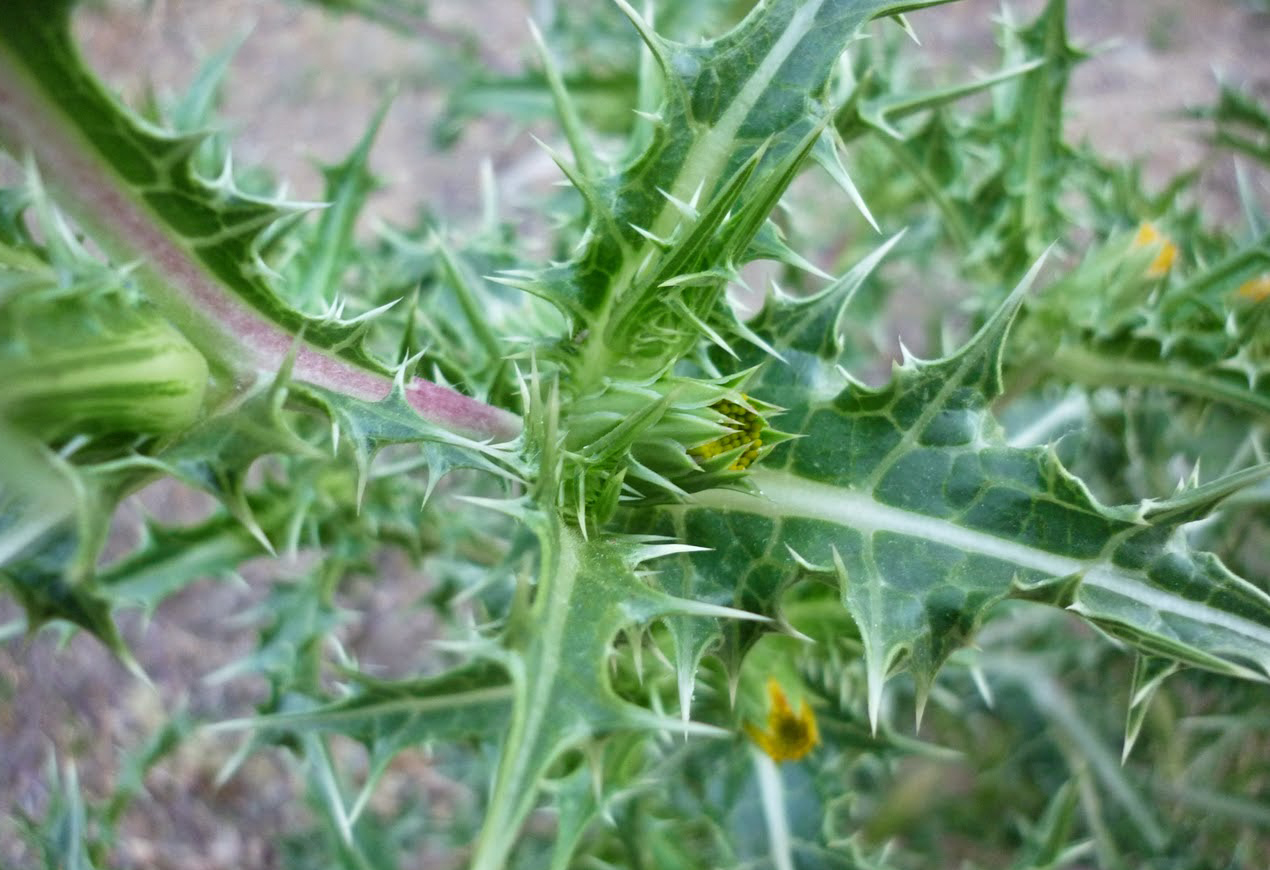 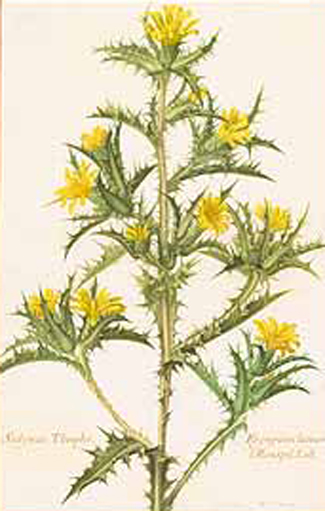 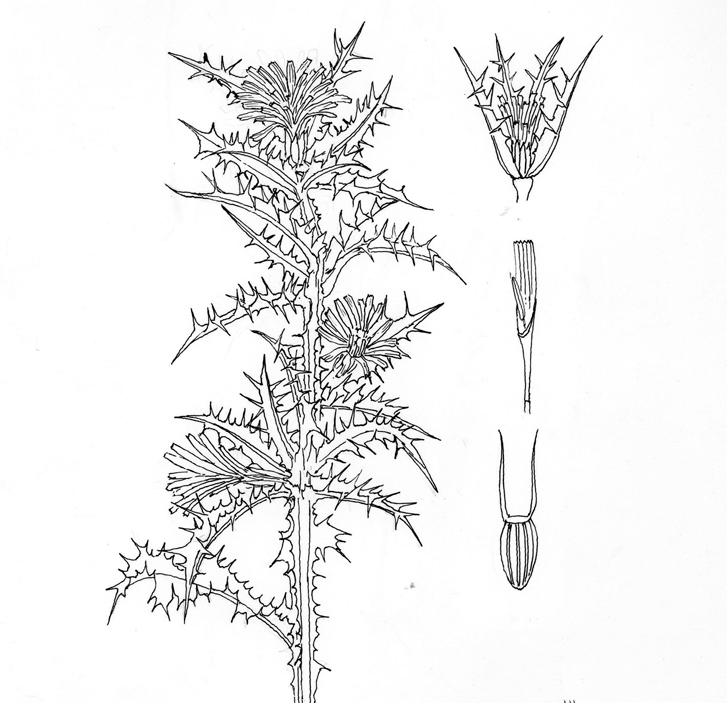