Trending
You are at:Home»Fruits»Facts about Grumichama 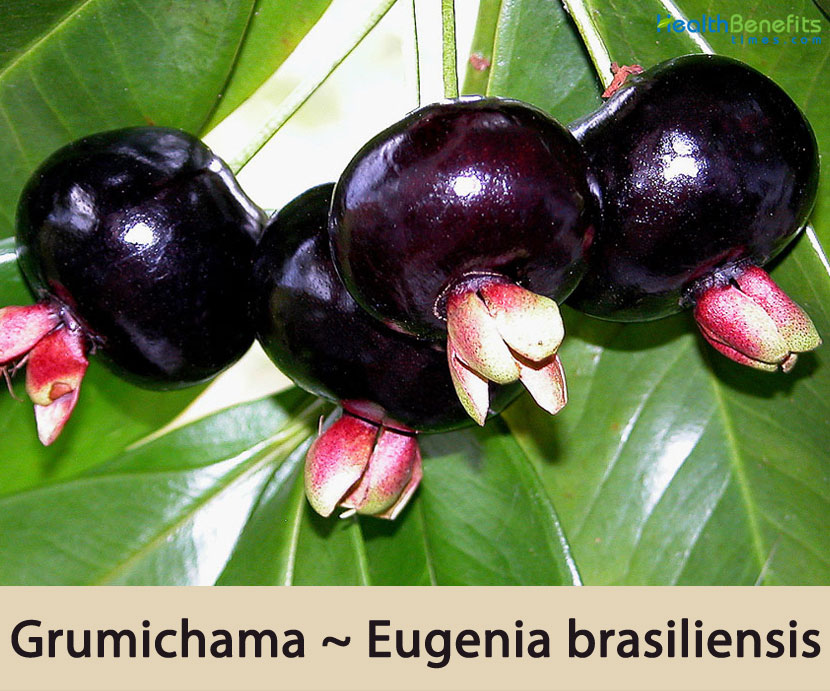 Brazil cherry or Grumichama scientifically known as Eugenia brasiliensis is a handsome fruit tree belonging to Myrtaceae (Myrtle family). The plant is native to Brazil; it is found wild in eastern and coastal southern Brazil, mostly in the states of Parana and Santa Catarina. The crop is cultivated in Brazil and Paraguay. The plant has been introduced into Australia, Florida, California, Hawaii, Honduras, Cuba, Angola and East Malaysia (Sabah). Some of the well-known common names of the plant include Brazilian Cherry, Grumichama, Red-Fleshed Grumichama, Spanish Cherry, Brazilian Plum, Grumixameira, Grumixama, Cumbixaba, Grumixaba, Ibaporoti, Oula and Sinaili. The species name brasiliensis indicates its original range. The edible fruit is greatly valued within its native range, where it is collected from the wild and also cultivated in home gardens. The plant is also cultivated in gardens as an ornamental and for its edible fruit outside of its native range in areas of the tropics and subtropics such as Florida, Hawaii and Paraguay. With its narrow crown, it has been suggested for street planting.

Grumichama is an attractive slender, tropical, evergreen shrub or small tree that normally grows up to 14 m (45 ft.) tall. However, it is normally 3 to 7 m (10 to 23 ft.) with a short squamous trunk and tufted branches, tinny and brittle supporting an oval or pyramidal crown. Its greyish bark cracks and peels with age. The short, cylindrical bole can be 25 – 40 cm in diameter. The plant is found growing in Atlantic rainforest, alluvial plains and gentle slopes. The plant thrives on acid soils such as deep fertile, sandy loams but will also grow on rich clays. It does best in full sun but will tolerate partial shade.

Leaves are opposite, oval-oblong, 9–16 cm long and 5–6 cm wide, simple with recurved margin, minutely pitted on both surface. Leaves are soft and wine red when they emerge and become dark glossy green with a leathery texture when mature. They are usually shining dark green on the upper face while lighter on the underside. They are arranged in pairs along the ends of the branches and remain on the plant throughout the year. 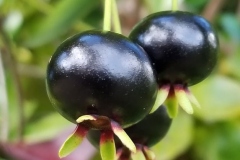 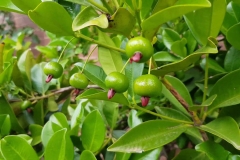 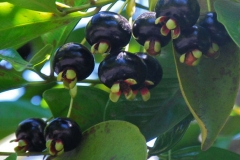 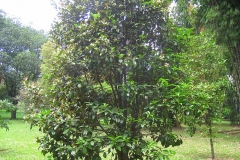 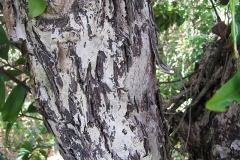 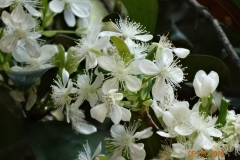 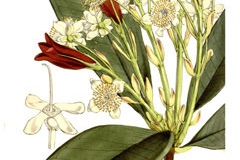 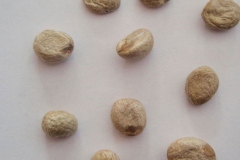 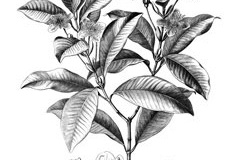 Inflorescence in terminal clusters on branches, or borne singly in the leaf axils. Flowers are 1 in (2.5 cm) across, with four green sepals, four white petals and numerous erect, needle-like white stamens (about 100) each with a tiny, pale yellow, pollen-filled anther at the tip. They are perfect (with female and male parts) and bloom in large numbers on the tree. Flowering normally starts from mid-March.

Fertile flowers are followed by fruit that are oblate, 1.25 to 2.5 cm (0.5 to 1 in) in diameter. Fruits are initially green turning to bright-red and finally dark-purple to nearly black as it ripens, and bears the persistent, purple- or red-tinted sepals, (1.25 cm) long, at its apex. The skin thin, firm and exudes dark-red juice. The red or white pulp is juicy and tastes much like a true sub acid or sweet cherry except for a touch of aromatic resin. There may be 1 more or less round, or 2 to 3 hemispherical, hard, light-tan or greenish-gray seeds to 1/2 in (1.25 cm) wide and half as thick. Fruit are born singly on new growth. As non-climacteric fruits, it must be harvested ripe. Frits are mostly used for fresh eating but can also be used in making jams, jellies and pies.

Traditional uses and benefits of Grumichama