Trending
You are at:Home»Vegetables»Traditional uses and benefits of Hairy Eggplant 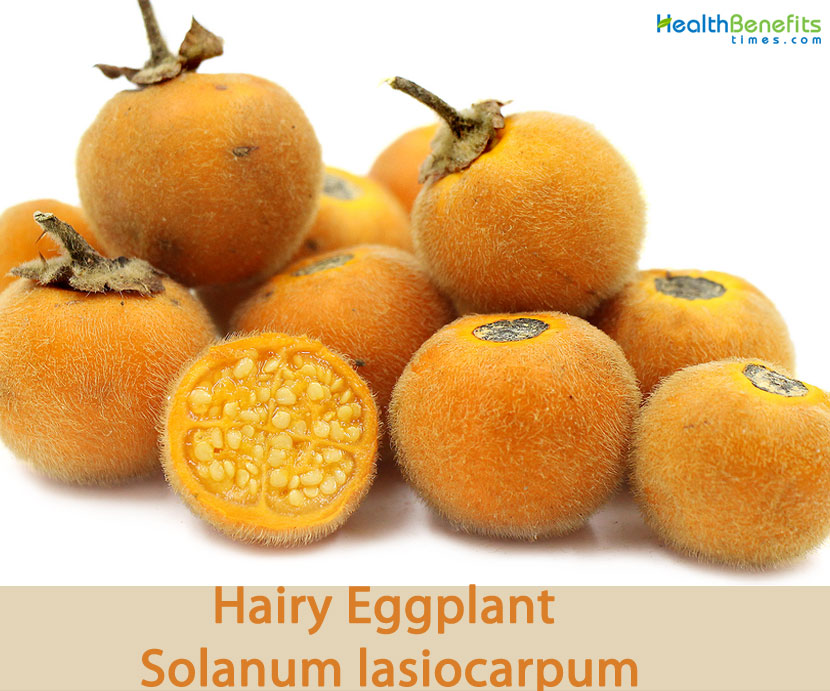 Also known as the Sour eggplant, Hairy Egg Plant, Hairy-Fruited Eggplant, Hairy Nightshade, Indian Nightshade, Terong Asam, Thai Hairy-Fruited Eggplant and Wild brinjal in English, Hairy eggplants has a number of names in other languages including Coconilla, Bura-Bura, Bolo maka, Cocochat, Pupu, Tupido, Pimpla, and Tupirito.  The plant is cultivated in tropical Asia, used in food additives for flavoring, and given to the sick as a folk medicine. In India, the locals use the fruit as a sour-relish in curries. In Thailand, a special kind of sauce called nam prek is made with the fruit. The small hairy fruits are occasionally seen in markets cleaned of their spiny exterior or even as a frozen product in ethnic grocery stores and are favored for their sweet and sour passion fruit-like flavor. The plants have also become prolific in everyday front-yard gardens, and because of its popularity, new varieties of Hairy eggplant have been developed that have thorn free vines and leaves.

A hairy eggplant is a sub-erect or spreading, lignescent perennial shrub that normally grows about 1–1.5 m tall. The plant is found growing in thickets, open forest, disturbed sites in rain forest or monsoon forest, near roads, humid places and wet places in ravines, valleys and forest openings. The stem is hairy, thorny and woody, with upright, spreading branches, sometimes with tinged light or dark purple.

The leaf can be characterized as alternate, simple, large, green, 10–20 cm long and 8–18 cm wide pinnately veined, ovate to ovate elliptic, prickly with 4-6 short, broadly triangular lobes on each side, with smaller secondary lobes. The plant has 5-8 cm long petiole with very fine wool like hair. Besides, the upper leaves are usually smaller, narrower, less lobed and often sub-opposite than those at bottom.

Fertile flowers are followed by small and round fruit, approximately 1-2 centimeters in diameter. The tiny eggplant’s outer skin is initially green when immature, but then ripens to a yellow or orange and is covered in a fine layer of prickly hair. The inner pulp has many edible seeds and is also yellow or orange. Hairy eggplants are tangy and have a tropical, floral taste with a crunchy bite. Domesticated plants bear larger fruits and lack the prickly skin that is found in the wild plants. The color found in the center of fruit is light green, like that of Solanum quitoense. Numerous seeds are found that are 2.2-3.5 mm long and 1.75-2.5 mm wide, pale yellow, lenticular, slightly notched, broadly reniform-ovate in outline, the surfaces minutely pitted. 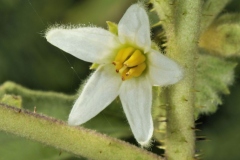 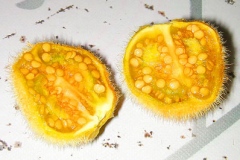 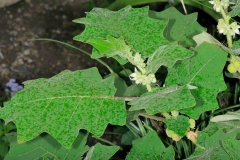 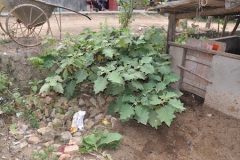 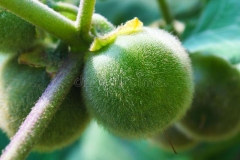 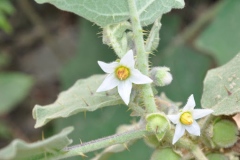 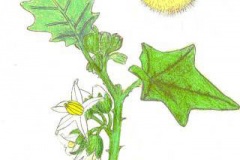 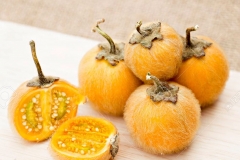 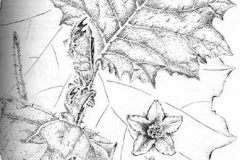