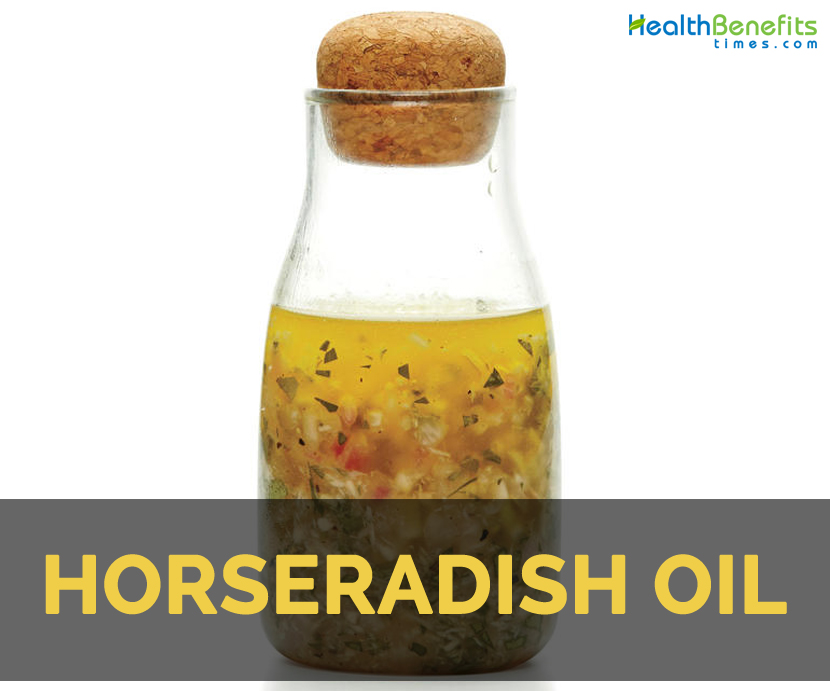 Horseradish plant is a perennial plant which belongs to the cabbage family. It is usually grown for its roots. It has narrow and large leaves about 10-30 cm long. The plant grows upto the height of 45-75 cm. The roots possess a spicy taste which is used as a seasoning. This plant is inherent to Eastern Europe and is grown widely in North America and Europe. The essential oil of horseradish is extracted from roots by steam distillation process. This fluid is pale yellow in color. It is not supposed to be taken internally due to its toxicity. This oil is effective to promote heart health, lower blood pressure, promote weight loss and build strong bones.

Native to Southern Europe and Western Asia and got introduced to Europe in 13th century. In 1500 B.C. E. it was known to Egypt and was used by Jews of Eastern Europe in Passover Seders. Pliny the Elder in Natural history mentioned Horseradish in the name of Amoracia and recommended for its medicinal purposes. During Middle Ages, both leaves and roots were used as medicine. In Britain, Scandinavia and Germany, the roots were used as a condiment for meats. During Colonial times, it was brought to North America.

This oil is derived from the steam distillation of roots. This oil is pale yellow in color. The smell resembles hot mustard seed oil.