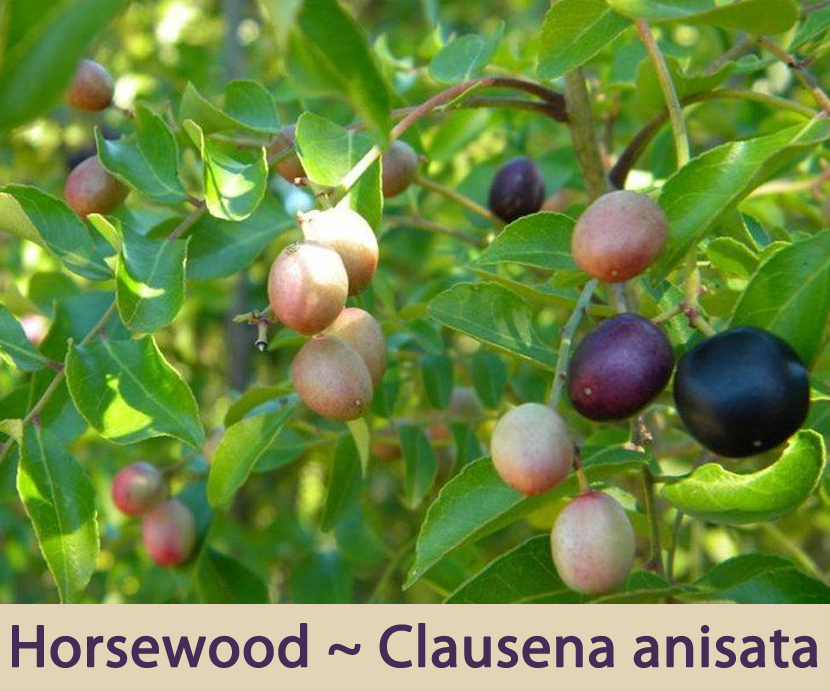 Clausena Anisata scientifically known as Horse wood is a fairly fast growing shrub belonging to the Rutaceae or Citrus family. This species is one of 25 in the genus Clausena, first described in 1768 by the Dutch botanist Nicolaas Laurens Burman, and named for the Norwegian clergyman, Peder Claussøn Friis (1545-1614), the translator of the Icelandic historian and poet, Snorri Sturluson. The plant is widespread in the Afro-tropical realm or Sub-Saharan Africa, but absent from the drier regions. It is also found in tropical and south-East Asia, growing in India and Sri Lanka and extending as far as Queensland in north-eastern Australia and some Pacific islands. It is cultivated in Malaysia and Indonesia. Apart from horse wood it is also known as Maggot killer. The plant is named for the aniseed-like scent or taste of the leaves.

Horsewood is a very neat and attractive small tree that gives off a strong scent which is considered by many to be unpleasant. When the leaves are crushed, it smells like horse urine, as its Afrikaans common name, perdepis, describes. The cause of this smell is also the reason for its numerous healing properties. The plant can become deciduous when growing in an area with a long dry season. The plant is gathered from the wild for local use as a food and medicine. Dried leaves are widely used as an arthropod repellent, such as a filling material for mattresses and pillows against fleas, lice and bedbugs. The fruits are sweet and readily eaten by people and other animals. Stem bark is pounded and used as rope.

Horsewood is a small, fast-growing, deciduous, evergreen shrub or small tree with strongly-scented leaves and sweet-smelling flowers that normally grows about 3–5 m tall, but it can grow up to 10 m high and appears quite spindly when young.  As it matures, the Horsewood has a lovely rounded shape with compound, glossy foliage that droops slightly. The plant is found growing in moist deciduous and evergreen forests, savanna, thickets, riverine forest, disturbed areas and secondary forest. Barks are smooth, thin, grey-green becoming brownish and mottled with age. Young branchlets are round, grey velvet-hairy. Timber is yellowish-white, elastic and dense

The 30 cm long leaves are spiral, compound, usually imparipinnate, and sometimes paripinnate, clustered at twig ends with about 11 to 37 leaflets, arranged alternately to sub-oppositely. Leaflet-stalk is about 0.2 cm long. Leaflets are 2.5-8 cm long and 1.3-3.5 cm wide, generally increase in size towards tip. The leaflets are ovate to narrowly elliptical, with a marked asymmetric, rounded base, an obtuse or notched apex and entire or toothed margins, with no stipules present at the base. The leaf surfaces are densely covered with embedded, pellucid glands that produce a strong aroma when bruised.

The inflorescence is a panicle, borne in winter and spring, from July to November in South Africa. The flowers are scented, bisexual, regular, with 4 sepals about 1 mm long, 4 petals that are 3 to 7 mm long, elliptical, concave and cream to yellowish-white. The 8 stamens have filaments 2 to 6 mm long, which are thickened at their base.

Fertile flowers are followed by an ovoid, fleshy berry about 3.3 to 7 mm in diameter. Fruits are initially green turning to red or purplish-black when mature, containing 1 to 3 seeds, borne in spring and early summer (August to January). 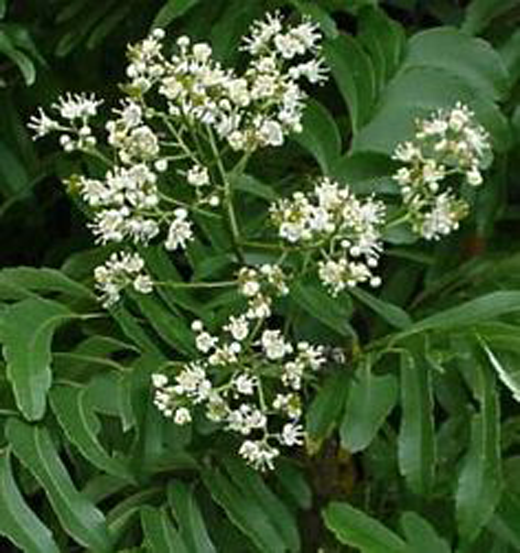 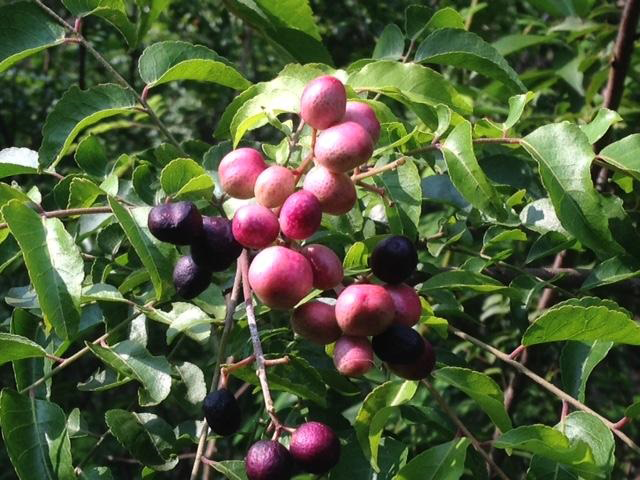 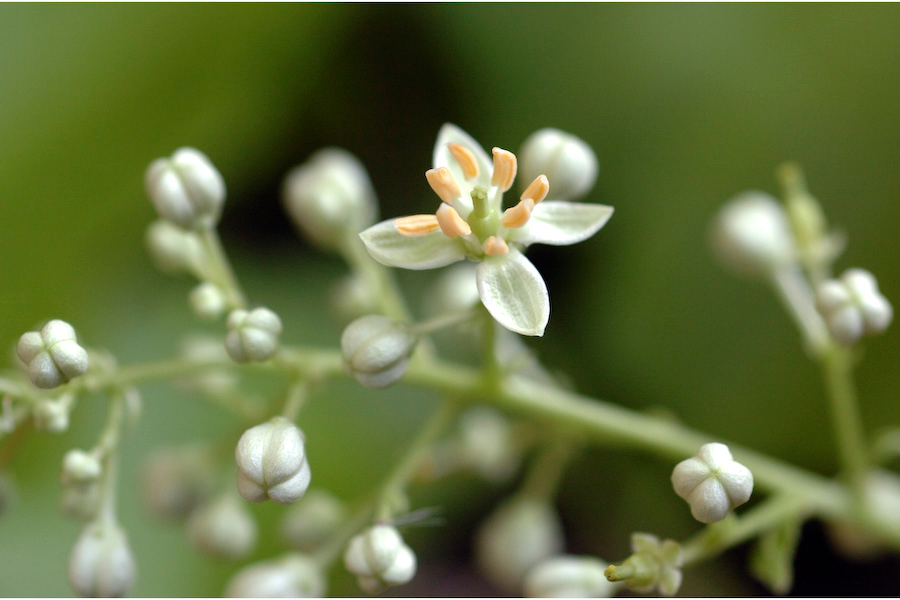 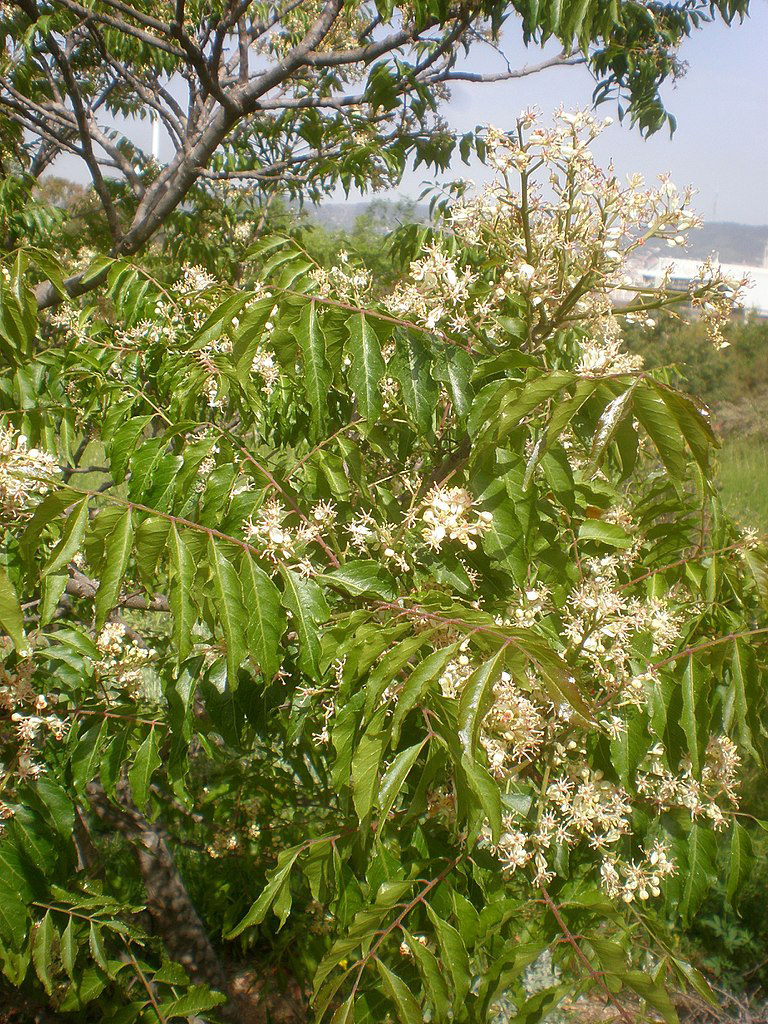 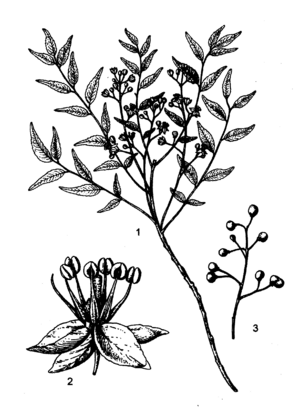 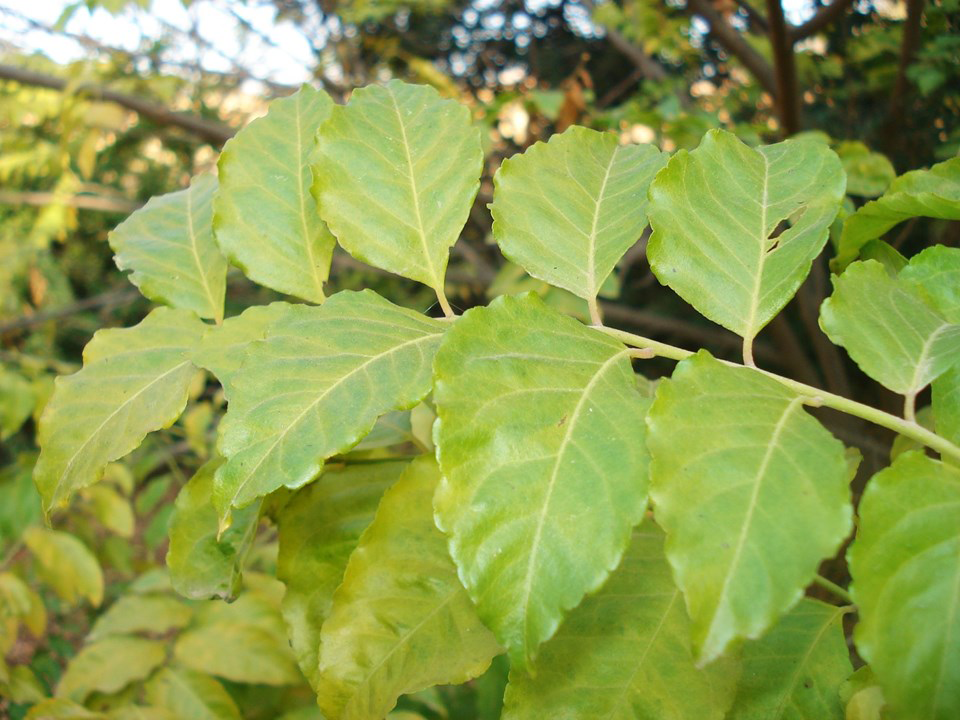 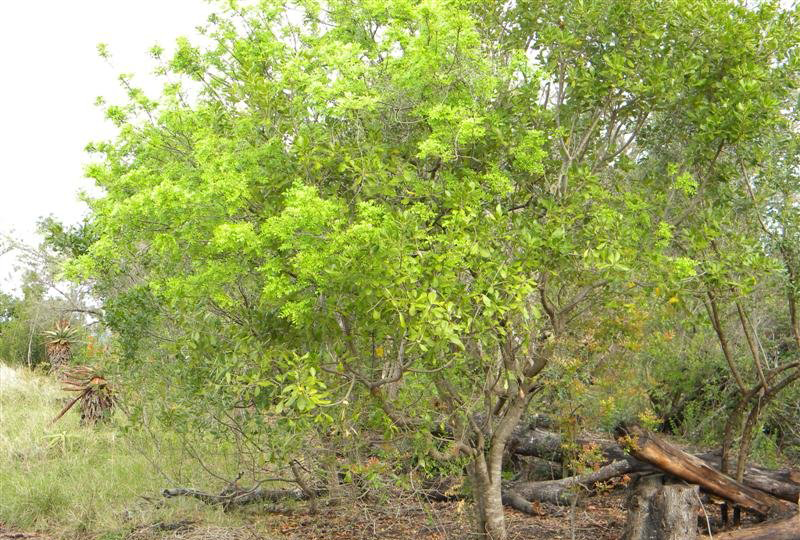 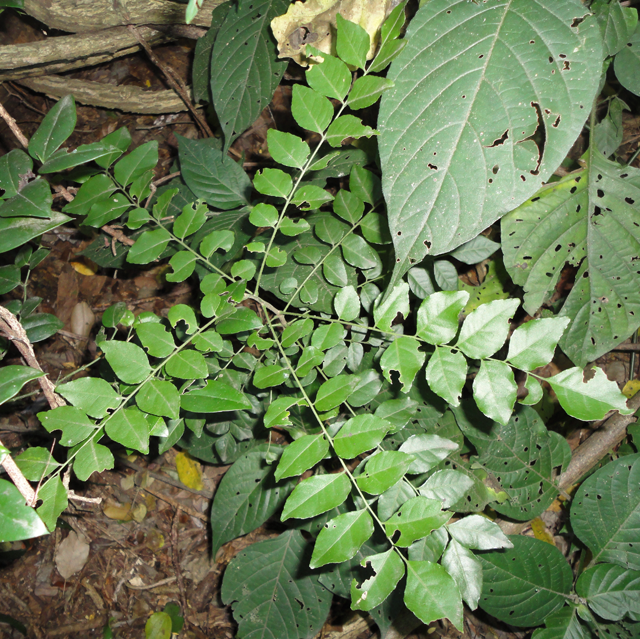 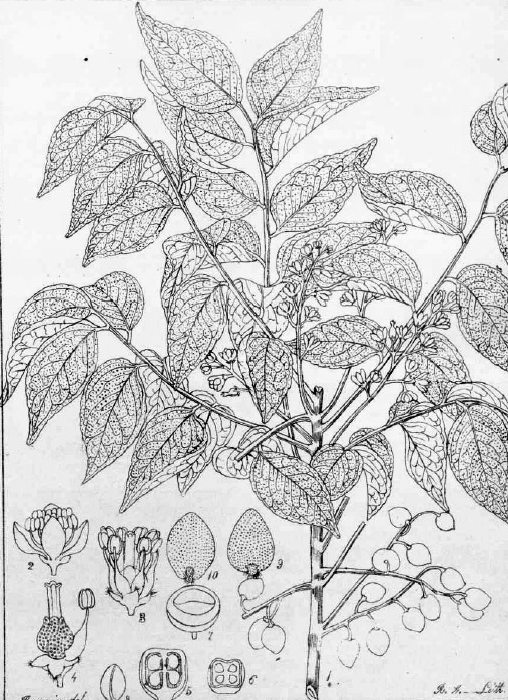 Traditional uses and benefits of Horsewood