Trending
You are at:Home»Fruits»Traditional uses and benefits of Manchurian Apricot 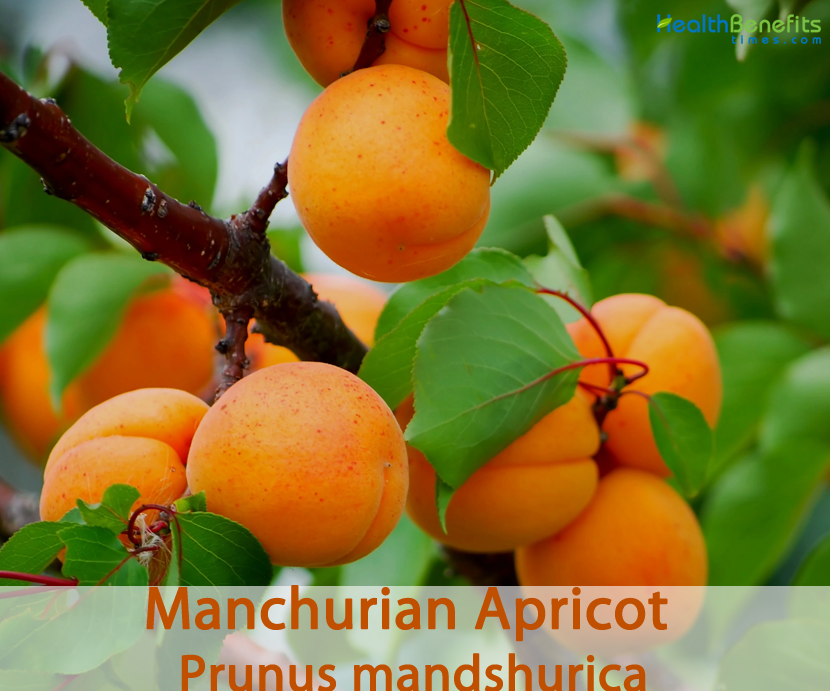 Prunus mandshurica, popularly known as Manchurian apricot and scout apricot, is a fast-growing flowering tree in the Prunus genus belonging to Rosaceae (roses) family. Manchurian apricot was first listed by Karl Maximovich in 1883 as Prunus armeniaca var. mandshurica, but is now known as Prunus mandshurica. Accepted nomenclature for this plant is currently unresolved. The plant is resistant to cold and is native to mixed forests and mountain slopes in northeast China, Korea, and Manchuria. It is highly susceptible to plum pox potyvirus. The plant is better known for its often superb early spring ornamental display of pink flowers than for its fruit which, although edible fresh off the tree, lacks the quality necessary to compete with the apricots produced for human consumption in commercial orchards.

Genus name from Latin means plum or cherry tree. Specific epithet refers to the native territory of Manchurian apricot. The plant is harvested from the wild for local use as a food, medicine and source of materials. It is sometimes cultivated for its edible fruits, can be used as a rootstock, is also grown as an ornamental, and can be used to form shelterbelts and hedges. Fruit provides food for wildlife during the fall but the tree seldom produces fruit in the west due to its early blooming habits. It can be used for one of the outer rows in multi-row windbreaks. Manchurian Apricot will also attract songbirds, rabbits, and other rodents if left uncontrolled.

Manchurian Apricot is a small round headed fast-growing, deciduous or evergreen shrubs or trees with a rounded spreading crown that normally grows about 5 – 15 meters tall. The plant is found growing in loamy soil of mixed forests, thickets, open well illuminated stony or rocky slopes, mountain regions and open sunny slopes. The plant thrives in a well-drained moisture-retentive loamy soil. It prefers some lime in the soil but is likely to become chlorotic if too much lime is present. They are slightly drought tolerant but cannot handle any long term saturation of the soil. This tree can stand some drought, but will not handle standing water or saturated moist soils. The inner bark is red and the outer bark is smooth and barks.

The leaves are smooth, simple, broad, ovate or broad-elliptic, with an elongated tip (acuminate or caudate), some hairs, and serrated edges. Its petioles are 3 cm (1.2 in). In the autumn, the leaves turn a nice yellow-orange color.

The plant has a beautiful single, white or pale pink showy flower that is 1 inch in diameter which bloom along the branches in early spring (early April- May) before the leaves emerge. The sepals and petals are oval, while the length of the stamens is similar to that of the stigma, which is cup-shaped.

Fertile flowers are followed by golf-ball sized edible apricots about 2.5 cm in diameter, which mature in mid to late summer. Fruits are initially green turning to orange yellow with red flush. Manchurian apricot fruits are smaller and not as tasty as the commercially sold varieties. The tree will produce fruit once it reaches maturity at between two and five years old. Other famous cultivars of Manchurian Apricot include Scout Apricot, Moongold, and many more. 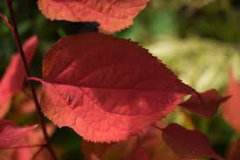 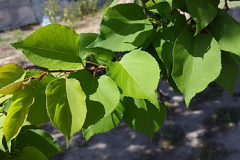 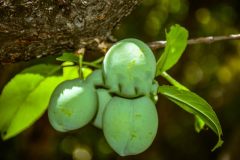 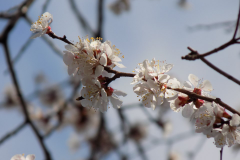 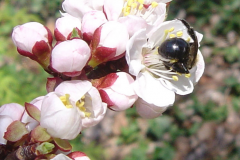 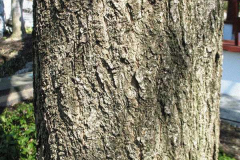 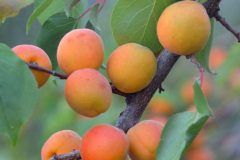 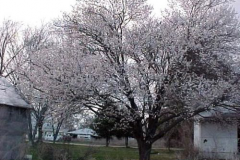 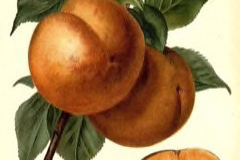 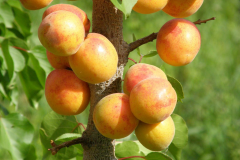 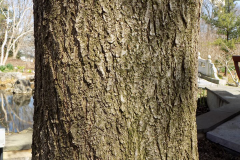 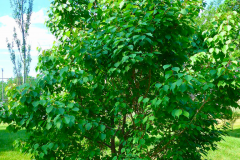