Trending
You are at:Home»Fruits»How hormonal decline affects you? 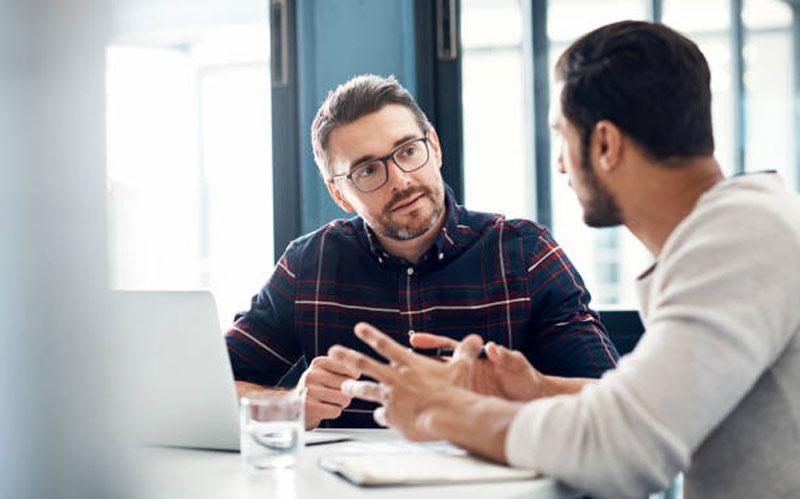 As people ages older, the hormone levels begin to drop, a change that has the potential to affect on health, well-being and fitness, but also the way one look.

The hormonal tidal wave that occurs in first three decades of life doesn’t last forever. From around the age 30, production starts to wane. Men lose testosterone at an alarming rate of 1.5 to 2 percent per year once they hit the age of 30 and, simultaneously, the body’s growth-hormone production declines and continues to fall. Sometimes there are clear medical reasons for a sharper than average decline. Low testosterone can occur when one or both testicles are damaged, as a side effect of certain medications, or due to a genetic defect. It can also be the result of cancer in the pituitary gland, a tiny organ near the base of the brain that releases a compound called luteinising hormone. Luteinising hormone gives the testicles their testosterone-producing orders and without it the sex-hormone production slows or stalls.

But there is evidence, too, that men today generally have lower testosterone levels than a generation ago. And that lifestyles are partly to blame. One US study (1) published around a decade ago suggested there had been a ‘substantial’ drop in men’s testosterone levels since the 1980s, with a 60-year-old man in 2004 having testosterone levels 17 percent lower than those of a man of the same age in 1987. Another paper (2), by Danish scientists, showed that men born in the 1960s – the current crop of 50-somethings – had experienced double-digit declines in hormone levels compared to those born in the 1920s. And in statistics produced by the College of Endocrinology, it was suggested that today’s 30-year-old males have 20 percent less testosterone in their bodies than men 20 years ago. What’s causing this mass decline is not fully understood, but experts suspect our diets – more sugar and alcohol, fewer fresh foods and vegetables – and other factors such as long working hours, stress and lower levels of physical activity are playing a part.

In addition to the downturn in appearance, sex drive and the body’s health and function, there are very real health risks to plummeting hormone levels. At the University of Michigan (3), it was shown how dwindling total testosterone levels in men may be associated with chronic disease, even among men 40 years of age and younger. Using data from the National Health and Nutrition Examination Survey, the Michigan team examined the extent to which low testosterone (low-T) – called hypogonadism – is prevalent among men of all ages. They found that low total testosterone was associated with death from two or more chronic conditions in all age groups, but that it was more prevalent among men with testosterone deficiency.

Men with low testosterone are also more likely to suffer low mood or depression. This was demonstrated in a paper produced by the Center for Andrology at the George Washington University School of Medicine and Health Sciences (4). Of 200 adult men, with an average age of 48, who were referred with low testosterone levels, 56 percent had depression or depressive symptoms. One quarter of the men in the study were taking antidepressants and had high rates of obesity and low rates of physical activity. Other symptoms included erectile dysfunction, decreased libido, fewer morning erections, low energy and insomnia.

Dwindling levels of male hormones can take a devastating toll on our bodies. Here are some of the side-effects of hormone levels dropping:

From our mid-30s we lose muscle mass through a process known as sarcopenia. Do nothing to slow the rate of decline and an average 90 g of muscle is lost each year from the age of 40, with men experiencing a sharper decline than women. By the age of 50, one could be losing up to 500 g of muscle a year. By the time we are in 70s typically one has a third less muscle mass than did at one’s strongest. Common complaints include ‘not feeling as strong’ as people did and failing to become more muscular despite going to the gym.

Drops in testosterone and rising oestrogen contribute to fat being deposited in the male chest area – and the development of unsightly male boobs or ‘moobs’.

A complex interplay of hormones in middle age causes the notorious male paunch, a risk factor for heart disease and strokes. Researchers have long suspected that a protruding belly is linked to lower testosterone among men, but the latest evidence suggests that the so-called female hormone oestrogen also plays a role (5). Why? Testosterone is converted into oestrogen when it breaks down in the body, so decreasing levels of testosterone in men also lead to a higher total proportion of oestrogen. And researchers who compared men with exactly the same levels of testosterone, but different levels of oestrogen, found it was their high levels of oestrogen that were linked to the accumulation of body fat around the middle.

Hair loss has long been linked to virility, a consequence of the belief that men with high levels of testosterone are more likely to lose their hair, especially if baldness runs in the family. In fact, baldness in men is caused when hair follicles become exposed to too much dihydrotestosterone (DHT), a chemical synthesised from the male hormone testosterone that binds to receptors in the scalp. By boosting testosterone levels, as people will with plan, it helps to prevent hair loss.

It’s not just women who experience night sweats as a result of hormonal flux from middle age onwards. Changing hormone levels are a common cause of night sweats in men. A lack of testosterone means false signals are sent to the hypothalamus in the brain, prompting a night sweat. High levels of stress and a lack of fitness can exacerbate the problem.

Since testosterone is required to produce a normal ejaculatory volume of 1.5-5 millilitres, men with low levels often report that semen volume seems lower than normal.

Both penis and testicles can shrink because surplus testosterone is not available to maintain their size and function. Testicles often feel softer and smaller in size.

According to researchers, many men with lowering levels of male hormones can experience slight numbness in the genital area and a failure to respond to touch.

As hormone levels decline, so too might  ability to concentrate and focus. Studies show that older men with depression tend to have testosterone levels that are nearly 20 percent lower than normal (8) and researchers have also shown that low levels of the hormone increased the risk of Alzheimer’s disease in men, even when other risk factors for dementia were considered (9). Conversely, higher levels of testosterone in middle-aged men have been linked to the preservation of brain tissue in many regions of the brain later in life. However, naturally boosting levels is key. Oxford researchers reported (10) that both low levels of testosterone and excessively high levels of testosterone may result in a decrease in cognitive function, so exercise and diet are the best boosters.

What can be done to maintain hormone level in human body naturally?

‘Are you sad and/or grumpy?’ and ‘Are you falling asleep after dinner?’ These are typical questions being asked by pharmaceutical companies selling testosterone products, which have become the therapy of choice for some men looking to defy the downhill slide of maleness, previously considered an unavoidable side-effect of getting older. Men, it seems, can’t get enough of the ‘he’ hormone in synthetic form and, as demand rises, so a multibillion-pound industry is being spawned.

Although NHS prescriptions are available for extreme cases of low-T, it is private prescriptions fuelling the boom. Global sales of testosterone replacement products now exceed £1.35 billion and the pharmaceutical industry is putting huge amounts into developing injectables, gels and patches. In America, the advertising tracker Kantar Media estimates that spending on ads for testosterone products has nearly tripled in the last few years.

But while drugs and chemical intervention are sometimes necessary for medical reasons, they are not the answer for the vast majority of men. There are natural ways that people can re-boot HGH and male hormones to look and feel the best, namely in the form of diet and exercise, sleep and recovery.

Although some supplements can aid hormone maintenance, my belief is that much can be done by eating the right foods and right exercises. Coupled with a lifestyle that nurtures hormonal status rather than destroys it, it is certain that people can help to slow the effects of ageing without resorting to medication.

There is little doubt that exercise is key to anti-ageing. We now know that regular exercise affects the body at a cellular level, protecting it against the ravages of time in a host of different ways.

One example of how activity helps is the way exercise affects the cells’ telomeres, the tiny caps found on the end of DNA strands that are thought to protect against damage. As we age, those telomeres shorten and fray. It’s a natural process, but one that is accelerated by obesity, smoking, inactivity, stress and a lack of sleep, all of which cause cells to age.

Several studies have shown that athletes in their 60s and 70s have much longer telomeres than sedentary people of the same age, but a notable study (11) conducted a few years ago suggested the same effect is true when anyone of any age exercises. Using information gleaned from the US National Health and Nutrition Examination Survey, involving tens of thousands of adults who provided information about their lifestyles and a blood sample, researchers from the University of Mississippi and University of California set about comparing exercise habits of the participants with the telomere length of their white blood cells. The anti-ageing association was clear from the results.

And the best news for those of you who have bought this book? The strongest links between exercise and telomere improvement occurred between the ages of 40 and 65, suggesting it’s never too late to act.

The right combination of activity also stems hormonal decline and can boost levels of the hormones men need most to preserve body and mind. When being physically active, our motor neurons, or nerve cells that supply your muscle fibres, increase thereby triggering neurotransmitters to release hormones. Levels of HGH released from the anterior pituitary gland also spike during exercise. And, in the long term, the age-defying benefits can be vast. However, boosting levels of HGH and testosterone is not as straightforward as going at it hard and long in the gym. It is important to train not just in the right way, but for an appropriate duration. Workouts need to be controlled and progressive to achieve the desired results and, crucially, must be combined with a tailored dietary approach.