Trending
You are at:Home»Herbs and Spices»Health benefits of Icelandic Moss – Cetraria islandica 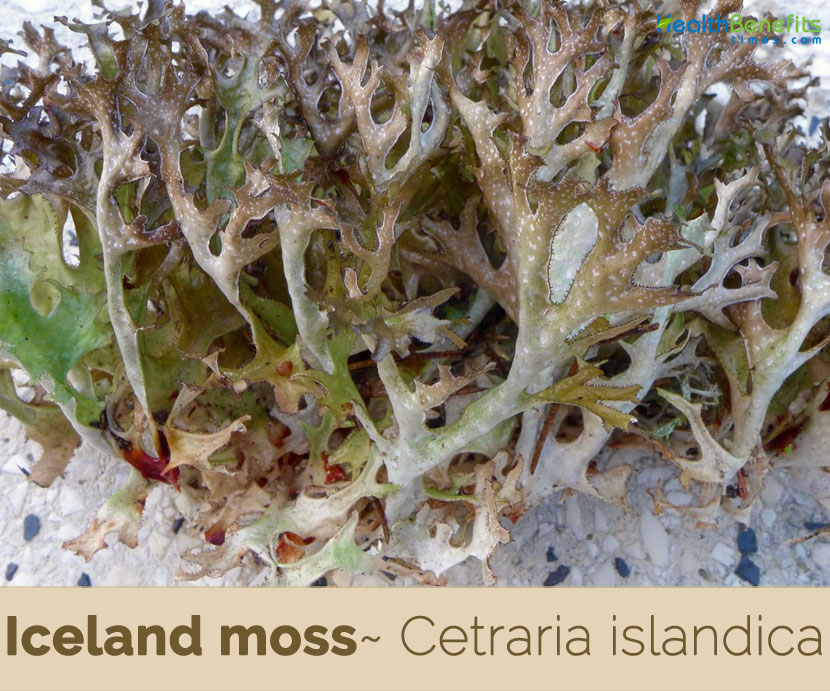 Iceland moss is not a moss, but lichen, a symbiotic association between algae and fungus, and grows profusely in Iceland, hence the name. Although it is not a vascular plant, the structure of Iceland moss can be mistaken for stems and leaves, which makes it look like a moss; the likeness in appearance may have been the reason for its name. The plant belongs to Parmeliaceae family of plants and is abundant throughout the Arctic and mountainous regions of the northern countries. It is found in the mountains of North Wales, North England, Scotland and South-west Ireland. In North America, its range spreads through Arctic regions, from Alaska to Newfoundland, and south in the Rocky Mountains to Colorado, and to the Appalachian Mountains of New England. Other common name for Iceland moss is Eryngo-leaved liverwort, Iceland Lichen, Iceland moss, True Iceland lichen, Island cetraria lichen and Oriental cetraria lichen.

Iceland moss is fruticose or shrub-like bushy lichen with a small to medium brown thallus growing loosely on the soil.  The thallus (the body of fungi and lichens, being without vascular tissue and not differentiating into root, stem, and leaves) is channeled or rolled into thin, branched tubes, which terminate in flattened lobes fringed with minute papillae, rarely more than 5mm wide. Colonies are 2 to 8 inches (5-20 cm) broad.  Apothecia are generally rare.  Cetraria islandica displays cushion like growth, making it well suited to weather high winds in harsh environments.  It absorbs water slowly and can endure prolonged wet periods.

The whole lichen is very tough and springy. There is a distinct coloration to the body of the Iceland moss; the upper surface is always brown in color. On the other hand, the lower or the outer surface of the moss tends to have a much lighter shade of brown or is a gray brown with dispersed white spots all over it. There are white spots which have a chalky or mealy appearance, and which are lodged in little depressions of the thallus.

Cetraria islandica produces ascospores, but sexual reproduction is infrequent.  Reproduction mainly occurs by means of thallus fragmentation or the dispersal of isidia and soredia.  Wind or animals may play an important role in the dispersal of these vegetative propagules. 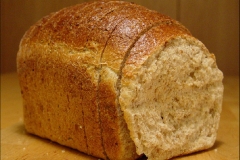 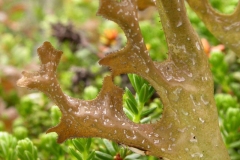 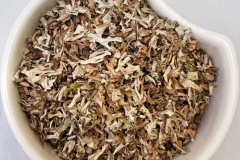 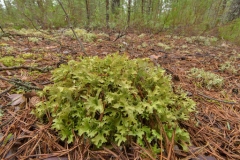 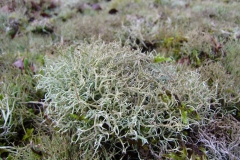 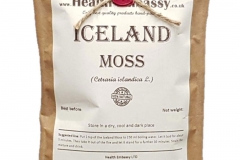 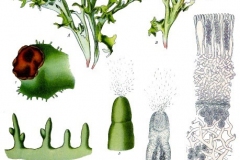 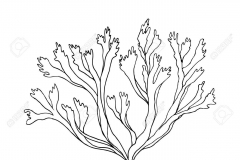 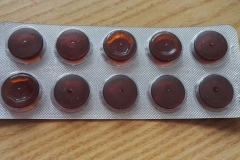 The plant is found growing in damp places, usually on rocks and the bark of trees, especially conifers, heaths, dunes, coastal plains, lichen woodlands, bogs, meadows, tundra, forested sites, nunataks, and rock crevices. It is most often found in sandy soil in exposed areas at high elevations.  It commonly grows on moist or dry tundra among mosses or in the open.

Listed below are few of the health benefits of Iceland moss

The main chemical compounds found in Icelandic Moss are large amounts of a type of starch called lichenin. When this compound is boiled, it turns into a substance resembling mucilage which is particularly soothing to irritated mucous membranes that line the respiratory tract and nasal passages. It also contains complex polysaccharides that have immune-stimulant effects and is especially useful to counter catarrh and calm dry coughs.

It is also powerfully antibiotic, containing usnic acid and other lichen acids that combat bacteria and viruses.

Icelandic Moss is classed as a bitter herb – it stimulates digestive enzymes and enhances the body’s ability to absorb nutrients whilst it is in itself a highly nutritious food.

The aforementioned high mucilage content also exerts its soothing action in the digestive tract and the intestines, which helps to alleviate symptoms of gastritis, gastric ulcers and chronic digestive disturbances. It is also useful in treating digestive disorders caused by parasites due to its ability to gently expel intestinal worms and other parasites.

Herbs and Spices I
Share. Twitter Facebook Google+ Pinterest LinkedIn Tumblr Email
Previous ArticleWhy Working Out Is Almost Essential These Days
Next Article How to Know When You are in Need of Physical Therapy