Trending
You are at:Home»Facts»Important Facts You Should Know About ADHD 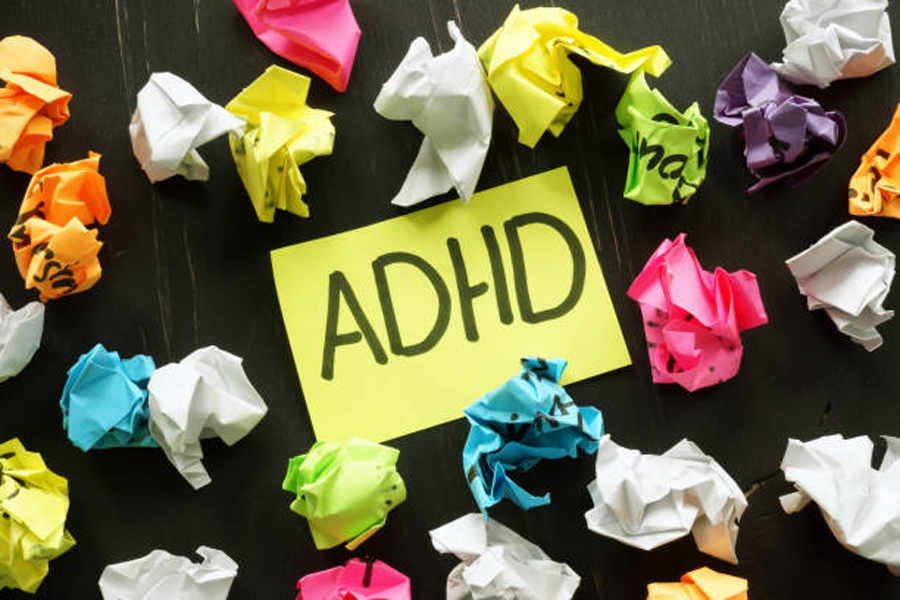 Attention-Deficit/Hyperactivity Disorder, more commonly known as ADHD, is the most common neurological disorder diagnosed in children today and is rapidly being identified in adults as well. Symptoms of ADHD are quite recognizable and include the inability to focus on a task for any meaningful length of time appropriate for the age level, constant fidgeting, daydreaming or forgetting things, an inability to get along with others, and a lack of organization. When ADHD goes undiagnosed, it can become debilitating for the child or adult in school, the workplace, and social situations.

ADHD Has Been Around For A Long Time

Many people think that ADHD is a modern psychological problem, choosing to blame the increased frequency of diagnosis in children on fast-paced technology, that includes unlimited television programming, video games, and social media sites all vying for the attention of their users.  In fact, this couldn’t be farther from the truth.  It’s not that ADHD has necessarily increased in juvenile populations, rather, diagnostic tests for the disorder have improved significantly in recent years, and parents, educators, coaches, and caregivers working with children have been better educated to spot the signs.

Attention Deficit Hyperactive Disorder has been formally recognized as a psychological disorder since the 1960s, but the symptoms of ADHD have been chronicled by physicians and scholars dating all the way back to the late 18th century, when a Scottish physician, Alexander Crichton, wrote his observations of people displaying an inability to concentrate when distracted by outside stimuli.  Today, this is a very common feature of those with ADHD, but not the only symptom.

The causes of ADHD are not a hundred percent certain, but cumulative studies over the last few decades point to several influencing factors.  In children, the foremost risk factor that may lead to a diagnosis of ADHD is genetics.  Family members with ADHD or other mental disorders can influence whether or not a child develops ADHD.  A premature birth, along with mothers who abuse drugs, smoke, or drink heavily are all risk factors that have been shown to lead to the development of the disorder.  Also, environmental factors such as exposure to lead or water contaminates can play a decisive role.

Adults with ADHD have often been diagnosed with the disorder as children.  Many adults have learned to control their impulsiveness, attention spans, and organizational skills with years of practice as they have matured.  However, stress can trigger ADHD episodes in adults along with sleep deprivation.  Highly processed foods can cause spikes in sugar levels and lead to further hyperactivity which in turn stimulates ADHD behaviors in adults.  Even long hours behind computer screens can lead to inattentiveness and daydreaming among adults.

ADHD is not a one size fits all disorder. It tends to personalize to each individual. While some children may demonstrate hyperactivity, others are completely calm and would never be caught fidgeting in any scenario. One person may lean towards inattention, while another reveals an inability to be organized.  For both young and old, there are certain symptoms that are exhibited, but the degree to which they become debilitating varies by individual.

Sleep deprivation is a common problem with ADHD sufferers and can be confused or misdiagnosed as a sleep disorder.  This is understandable as many other symptoms of ADHD can occur due to lack of sleep.

Inattentiveness or the inability to concentrate on tasks for any meaningful length of time is also common to most sufferers.  This makes succeeding in the traditional classroom or workplace setting extremely difficult, though certainly not impossible with favorable adaptations to both that support concentration.

The inability to focus on details results from several problems that plague ADHD sufferers as many can not follow complicated instructions, are very disorganized, and are extremely forgetful, all skills typically needed for success on complicated tasks.

Treatments, Adaptation, and Differentiation: A Formula For Success

Does this mean that ADHD sufferers are doomed to a lifetime of failure? On the contrary.  There are many treatments and adaptations available to ensure ADHD sufferers lead productive and healthy lives.

Amongst the leading medications proven to help ADHD sufferers refocus their attention during the span of the day, is a group of stimulant medications such as Adderall XR which help to maintain energy levels throughout the day, allowing one to be more focused on tasks and less apt to become distracted.  These stimulant drugs have been used for decades with great success helping as many as 80% of ADHD sufferers.  They last anywhere from 8 to 12 hours and are prescribed for children, teens, and adults to be successful throughout the day, in both school and at work, when concentration is most important.  Children on these drugs are closely monitored by their doctors, parents, teachers, and coaches to ensure the proper dosage and desired results.

Those with less severe forms of ADHD have benefitted from nutritional interventions.  Studies have shown that foods high in protein such as lean beef, chicken, fish, eggs, and nuts have proven beneficial to ADHD sufferers.  Protein has been proven to inhibit sugar spikes in the body which can cause hyperactivity.  Reducing sugar in the diet has also proven effective.  This can be effectively done by cutting out processed foods that most often contain a sugar bomb. Carbohydrates that are high in fiber and low in sugar work well with protein to help those with ADHD to remain focused throughout the day. Finally, many studies have concluded that fish oil, rich in omega 3 fatty acids, is beneficial to those with ADHD.

Getting a good night’s sleep is especially important to those with ADHD. Eliminating fatigue allows better focus throughout the day.  Exercise is also a must for those suffering from ADHD.  Hyperactive children and adults need an outlet to work off their excess energy.  Those with ADHD who maintain an exercise routine throughout the week have been shown to be able to focus more on difficult tasks.  Yoga has also been revealed to be an excellent way to refocus the hyperactive brain and should be considered an important addition to a healthy daily routine.  Frequent brain breaks, using yoga breathing techniques, while working on a project, exam, or complicated task, have been shown to increase positive results in those with ADHD.

The news is bright for ADHD sufferers. ADHD has become one of the most chronicled mental disorders in recent decades. Those who work with children such as parents, teachers, caregivers, and coaches are being trained to understand the disorder and make adjustments in order to help all youngsters reach their goals.  Numerous treatments and interventions have shown excellent results, assuring that those diagnosed with ADHD will be able to look forward to the future and live their best lives.