Trending
You are at:Home»Nuts and seeds»Health Benefits of Indian Almonds 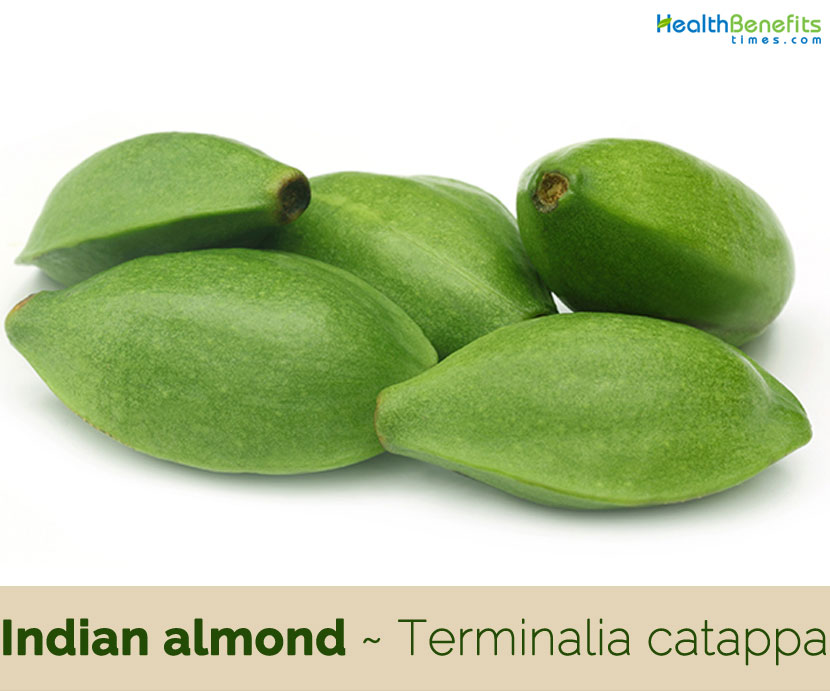 Genus name comes from the Latin word terminus meaning end as the leaves are borne at the ends of the shoots. Specific epithet is the Malayan name for this plant. Some species of the genus Terminalia have been used as traditional medicines in both East and West African countries to treat infectious diseases. Mature trees often present a handsome ornamental appearance. Commercial growth of this tree for nut production is minimal at this time in large part because of the small size of the nut kernels and the extraction difficulties.

Indian almond is a fast growing, medium to large, unarmed, semi-deciduous, monoecious tree that grows 25–40 m high with spreading, symmetrical crown and whorls of horizontal branches, forming tiers resembling a pagoda framework. The plant is found growing in coastal thickets, beaches, rocky shores, sand dunes, parks, gardens, edges of mangrove swamps, dry or open forest near streams and clearings. The plant adapted to a wide range of soils with a wide pH range from 4 to 8, including light textured soils, raised sandy and rocky beaches, brackish, saline and alkaline sands over limestone, but requires good drainage when grown on heavier, clayey soils. It hates waterlogged soils. It does best in full sun and in freely drained, well-aerated, sandy soils but will endure flooding as occurs in Florida. The plant has spreading, fibrous, near-surface lateral root system, although the species is normally deep rooted in sand. The bole is usually straight and reasonably cylindrical, but in exposed coastal situations it may be crooked and/or leaning. Buttresses, when present, are up to 3 m (10 ft.) in height, variable, straight to curved, thick to thin, sometimes branching. Large trees may develop big, occasionally branching buttresses and often have twisted, leaning trunks.

The bark is gray to dark gray-brown and shallowly fissured. Continuous vertical fissuring and discontinuous horizontal cracks produce a grid appearance; the somewhat flaky bark peels off in curved or straight scales along these lines.

The leaves are arranged in close spirals, often crowded toward the ends of the upturned branchlets. The leaf blade is simple, broadly obovate, 8–38 cm long by 5–19 cm wide, with 6–12 pairs of veins arising from the main vein of the leaf, and a pair of glands at the base of the leaf. The leaf tip is rounded and blunt, gradually tapering to a narrowly sub cordate base. New leaves have a covering of soft, apprised, brown hairs. Mature leaves are mostly glabrous (shiny), leathery, and dark green, turning bright yellow then vivid to dark red before falling. The trees are briefly deciduous during the dry season, or in some environments they may lose their leaves twice in a year.

The flowers are small 4–6 mm (0.16–0.24 in) across, white or cream-colored, five-lobed, arranged on long 8–25 cm (3.2–10 in) axillary spikes, with a mildly unpleasant smell. Within a spike the majority of the flowers are male, with only a few bisexual flowers positioned toward the base. Each flower has a tiny 5-lobed calyx with 10 stamens and 1 style. Plants usually commence flowering and fruiting from a young age, e.g., within 2–3 years of out planting, but this varies with site and genotype. On highly fertile sites mature fruits have been collected from 18-month-old plants. Trees may refoliate and flower very soon (e.g., within 6 weeks) after being completely defoliated by cyclonic winds.

Normally one to five fruits develops on the basal part of the flower spike. Fruit is a sessile, laterally compressed, and ovoid to ovate, smooth-skinned drupe 5–7 cm long and 3–5.5 cm broad, ellipsoid, narrowly winged along lateral margins. During maturation, it changes its color from green through yellow to bright red or dark purplish-red at full maturity. The exocarp is shiny and coriaceous; the mesocarp is fleshy and fibrous and the endocarp is woody. The kernel consists of two delicate and complexly tangled cotyledons enclosed in an inconspicuous cream-colored, rarely red, testa. The rind of the fruit is a light, pithy, or corky tissue that enables the fruit to float and be dispersed by sea currents.  The sea, bats, rodents, monkeys, and some large birds disperse the fruits. Each fruit consists of one single seed.

Seed is enclosed by the fibrous endocarp. It is cylindrical-oblanceolate or cylindrical-elliptic and has a long funiculus. The seed coat is dull and whitish and is formed by the testa and tegmen. The embryo contained in the walnut-like fruit has a good flavor resembling the hazelnut. The period of seed viability is unknown.

Indian almond (Tropical almond) has a vast natural distribution in near coastal areas of the Indian Ocean, through tropical Asia, and into the Pacific Ocean. The extent to which its range has been increased through movement and dispersal by humans is difficult to determine. It extends from the Seychelles through India, the Andamans and adjacent islands, and throughout Southeast Asia (Myanmar, Thailand, the Malay Peninsula, Vietnam, the Philippines, and Indonesia) to Papua New Guinea and northern Australia as far south as the Tropic of Capricorn. The species is found throughout the South Pacific region, including the Solomon Islands, Vanuatu, and Fiji. It is present on nearly all the high archipelagos of Polynesia and Micronesia but may be an aboriginal introduction to the eastern parts of its current range (including all of eastern Polynesia). 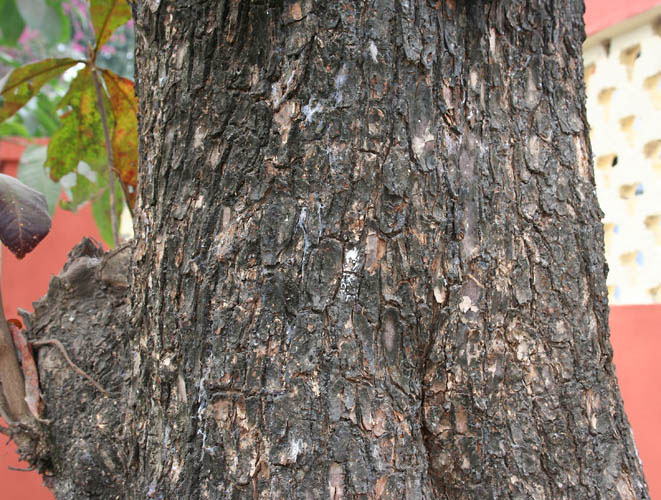 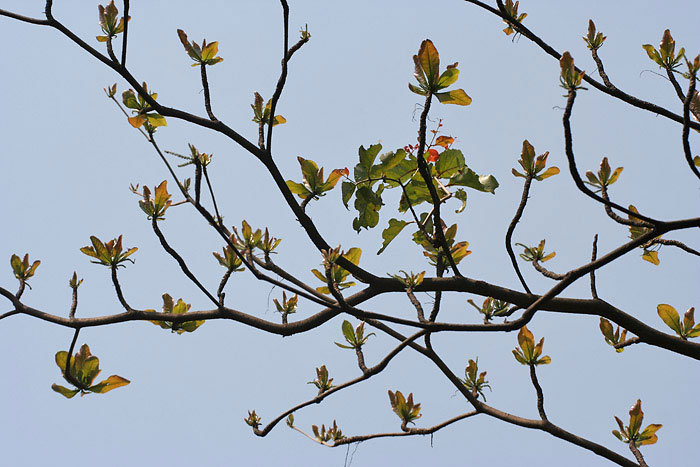 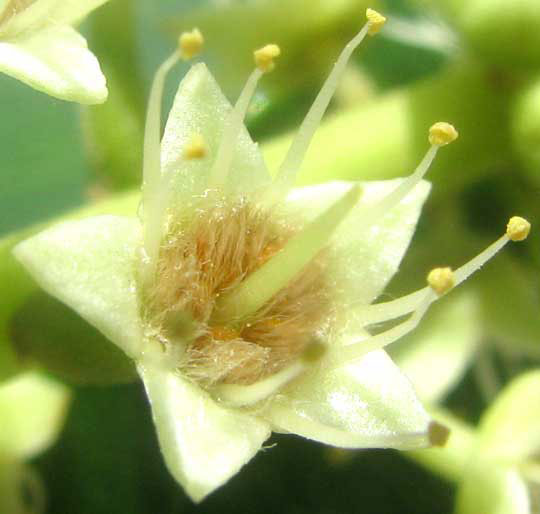 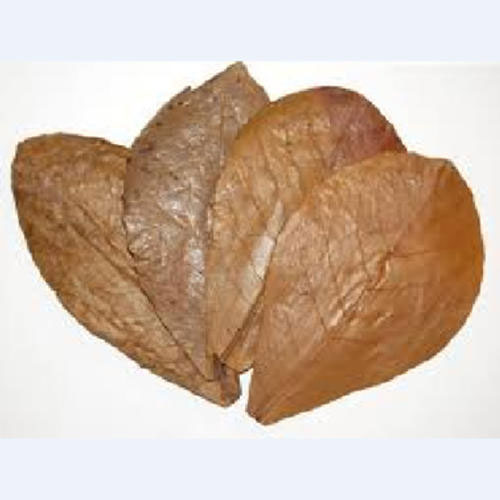 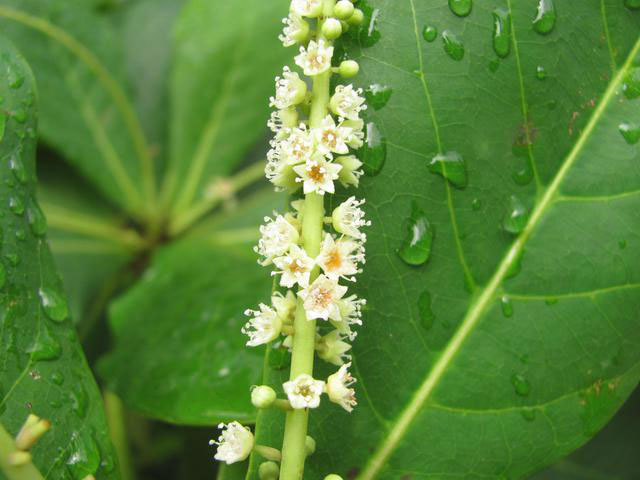 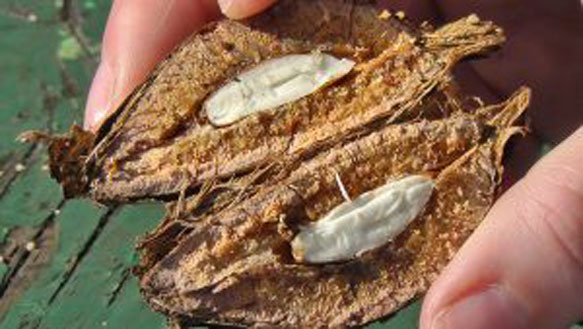 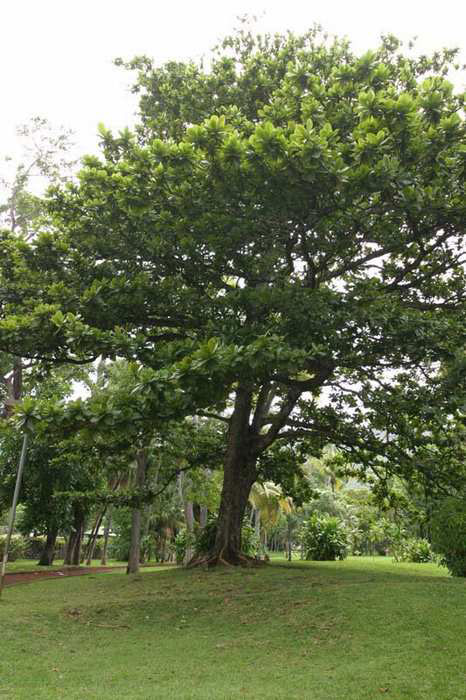 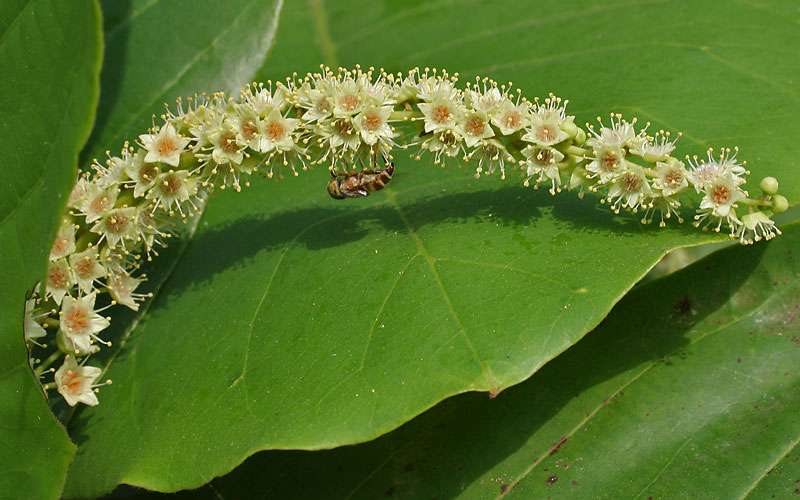 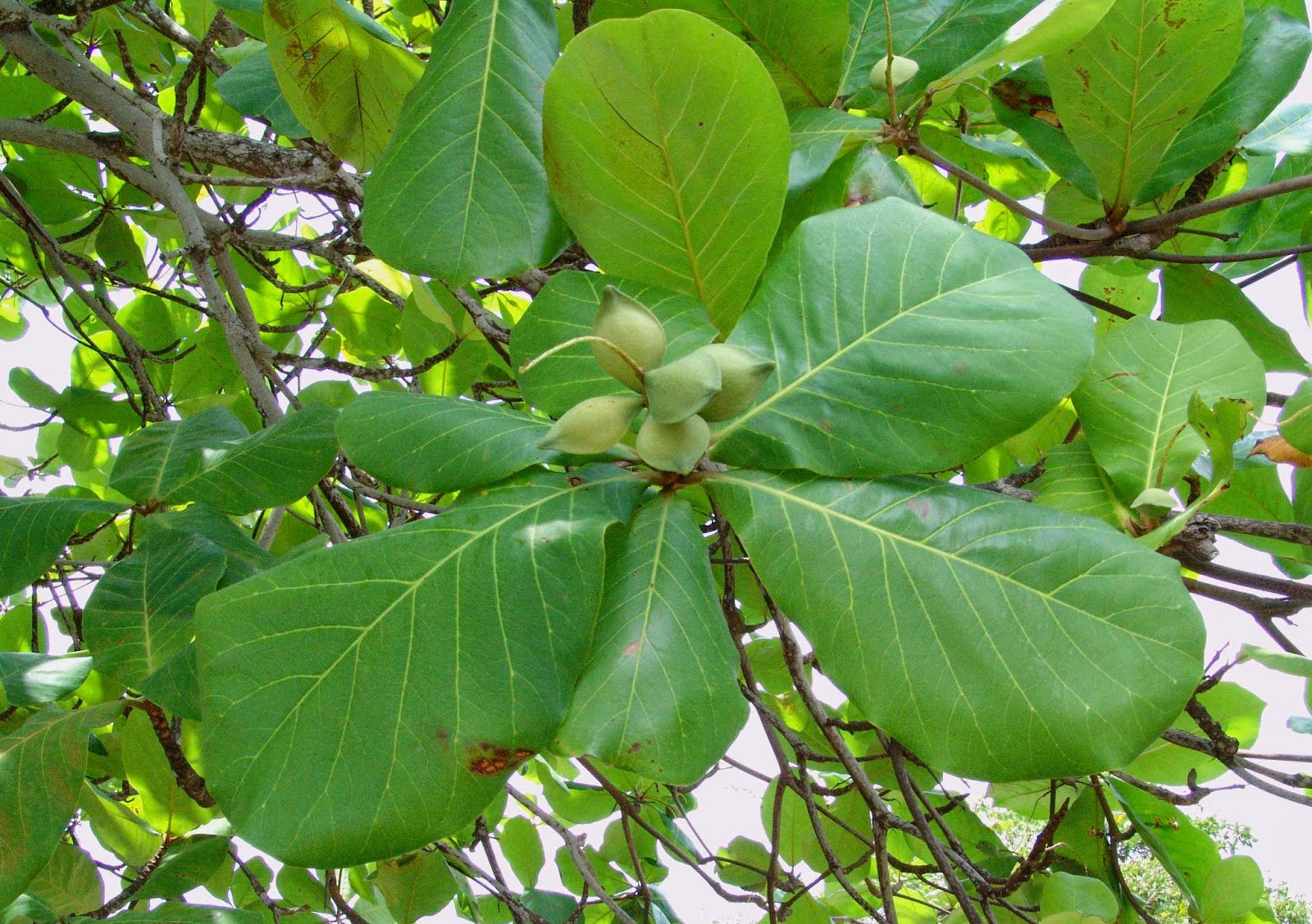 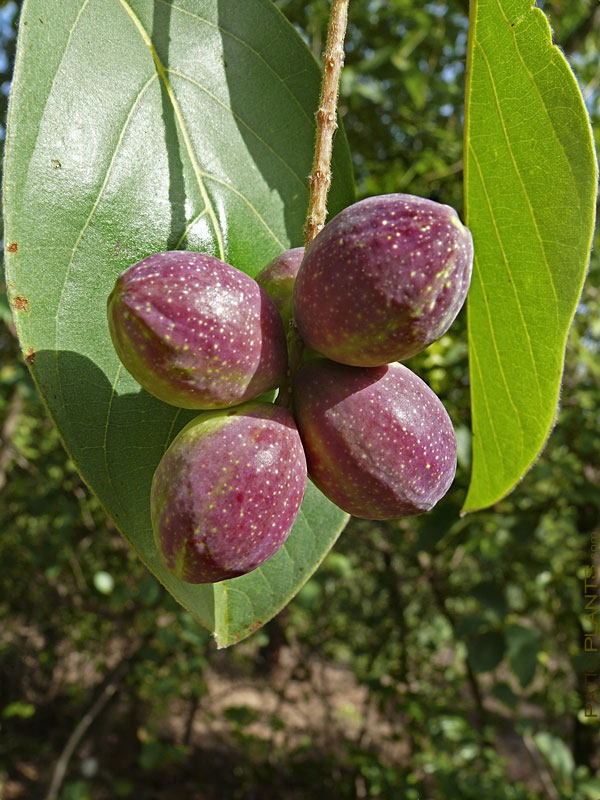 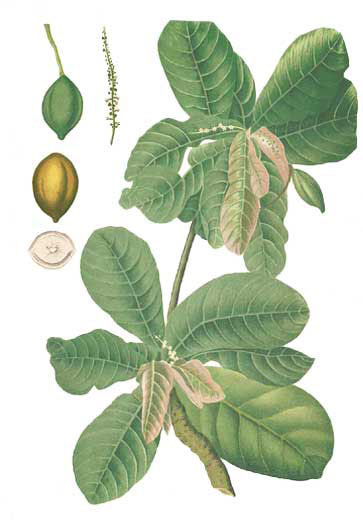 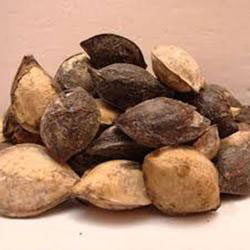 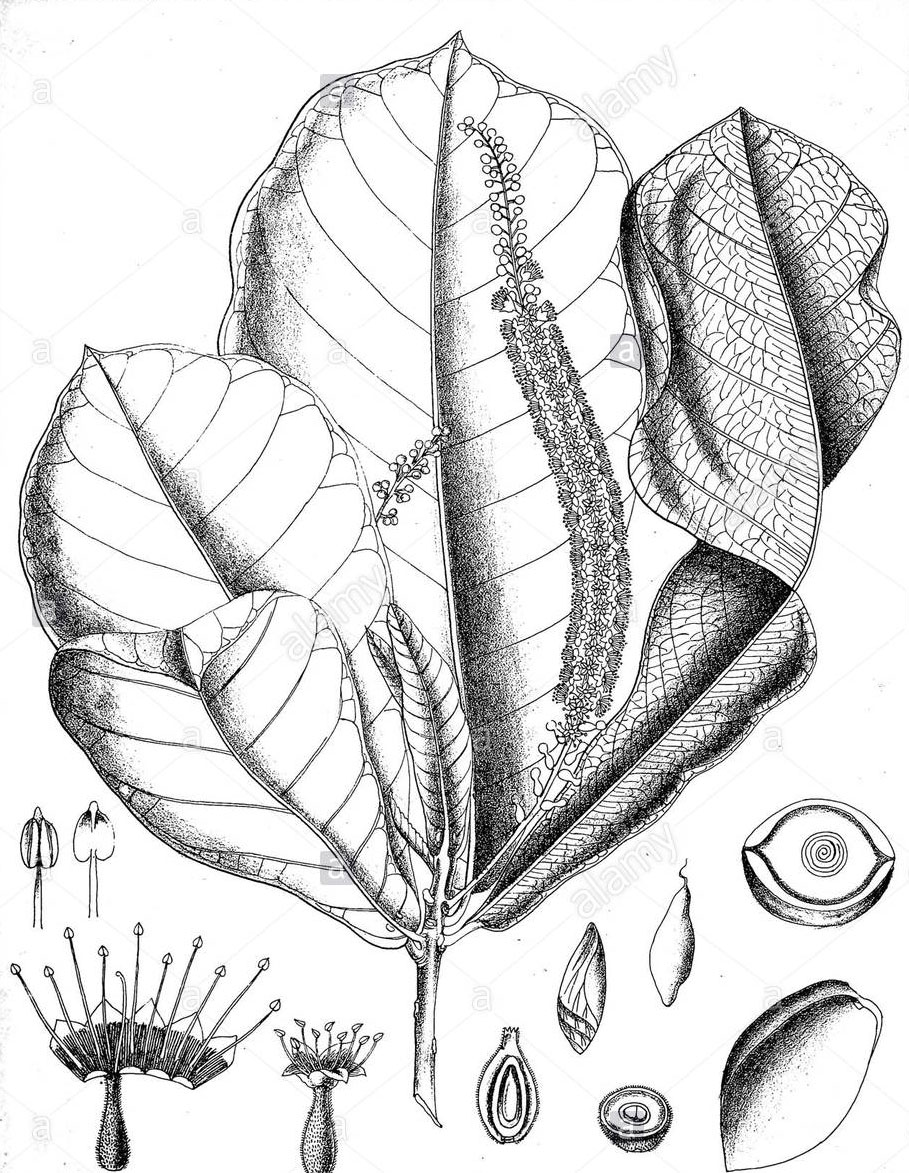 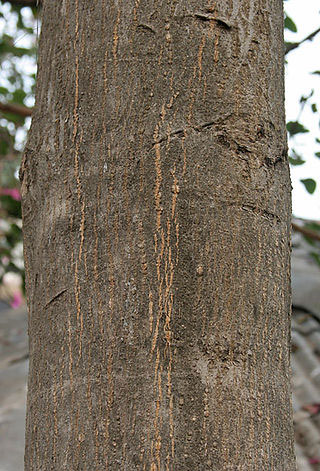 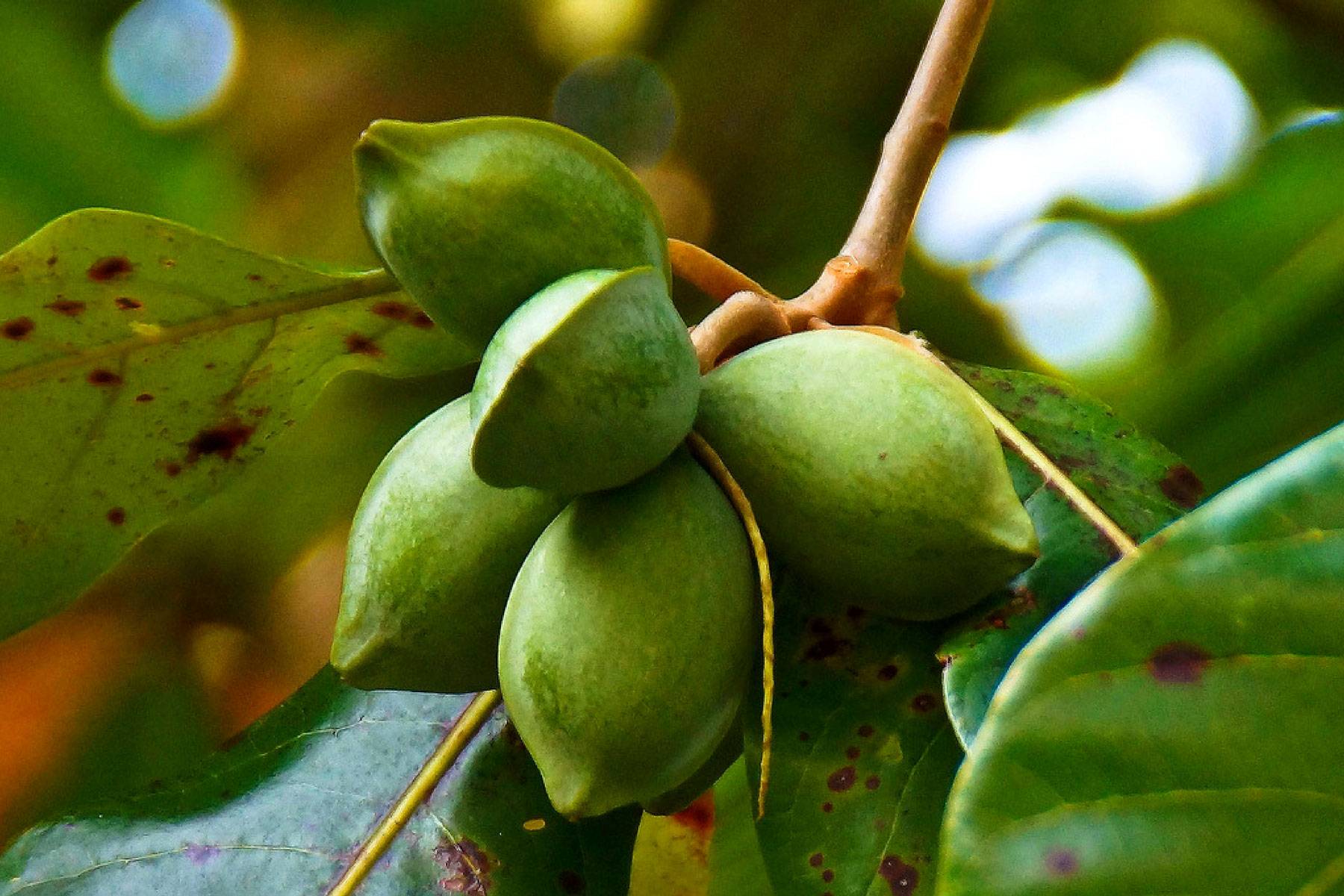 Indian almond consists of certain minerals which are very important to human health because they serve as co-factors for many metabolic processes in the body. These fruits contain several minerals and vitamins that perform important functions and add nutritional values which contribute positively to healthy living. Listed below are some of the popular health benefits of Indian almond

Seed of Indian almond fruit has an oil content that tends to reduce inflammation in the abdominal cavity. Almonds contain two very essential fatty acids which include linoleic and linolenic acids. These two fatty acids help in lowering inflammation all around the body. Fatty acid also aids in reducing LDL cholesterol level and they improve healthy skin and hair. Therefore consumption of almonds will contribute greatly to reducing inflammation in the entire body.

Indian almond consists of good amount of folic acid that helps to reduce the occurrence that can be dangerous for the babies such as of birth defects in newborn babies is very needed by pregnant women. So, for those of you who are pregnant, we strongly recommend you to make Indian almond as your snack from now on.

Indian almond nuts are a rich source of dietary phosphorus, vitamins and minerals. Phosphorus plays an important role in bone formation and repair of cells in the body. Regular and moderate consumption of Indian almond helps in building a strong bone and teeth due to its richness in phosphorus and vitamins.

Research has shown that the Indian almond fruit consists of zinc and manganese which helps in the proper functioning of the immune system and metabolism of fat and carbohydrate among others.

Manganese and zinc which is an essential mineral necessary for the development, growth, and normal functioning of our bodies and for the immune system to function properly are contained in Indian almond which makes it a good fruit for your health.

Indian almond is a rich source of many nutrients that contribute to the proper development of the human brain. It is considered to be an essential food for growing children. This fruit contains two important brain nutrients such as L-carnitine and riboflavin, which helps greatly in increasing the brain activity, leading to new neural pathways and lowers the occurrence of Alzheimer’s disease. Research has proved that Indian almond in the diet and as oil is beneficial to the overall health and proper functioning of the nervous system.

Indian almond aids in lowering the conservative rise in insulin and glucose levels after meals. It offers protection from harmful spikes in the blood sugar which diabetics often suffer from a food with unexpected high sugar level.

Presence of the monounsaturated fats, potassium and protein in Indian almond are beneficial for the health of the heart. Also, the presence of magnesium helps in preventing heart attacks and the vitamin E found in it is also an effective antioxidant that fights against the risk of heart diseases. Indian almond helps in reducing the presence of C-reactive proteins (CRP) that causes artery damaging inflammation. It a great source of folic acid. They aid in reducing homocysteine which leads to fatty plague increase in the arteries. Indian almonds are an excellent fruit that contributes greatly to achieving a healthy heart.

Regular consumption of Indian almond aids in enhancing the movement of food through the colon, thus preventing an increase in colon cancer and its occurrence. Studies have shown that peanut, walnut and Indian almond consumption has a protective effect on breast cancer development. Therefore it is good you consume Indian almond regularly as it helps in reducing the risk of breast cancer because it consists of a substance that can prevent cancer and also has antioxidant content.

The ISSG website suggests that bio-control agents could potentially be used in the control and management of T. catappa, but this website does not provide specific information. Beetles, grasshoppers, leaf rollers, leaf miners, fruit flies have been observed to affecting plants at different stages in India, Malaysia, Puerto Rico and Costa Rica and could potentially be used for its bio-control. However, further investigation is needed to establish the effectiveness of such vectors, as well as their possibility of becoming invasive species themselves.

In Florida (USA) areas invaded by T. catappa are treated with basal applications of herbicides such as triclopyr. In Santa Catarina, Brazil, cutting the tree and applying 4% triclopyr to the stump was the most effective treatment for T. catappa.