Trending
You are at:Home»Fruits»Facts and benefits of Japanese Apricot 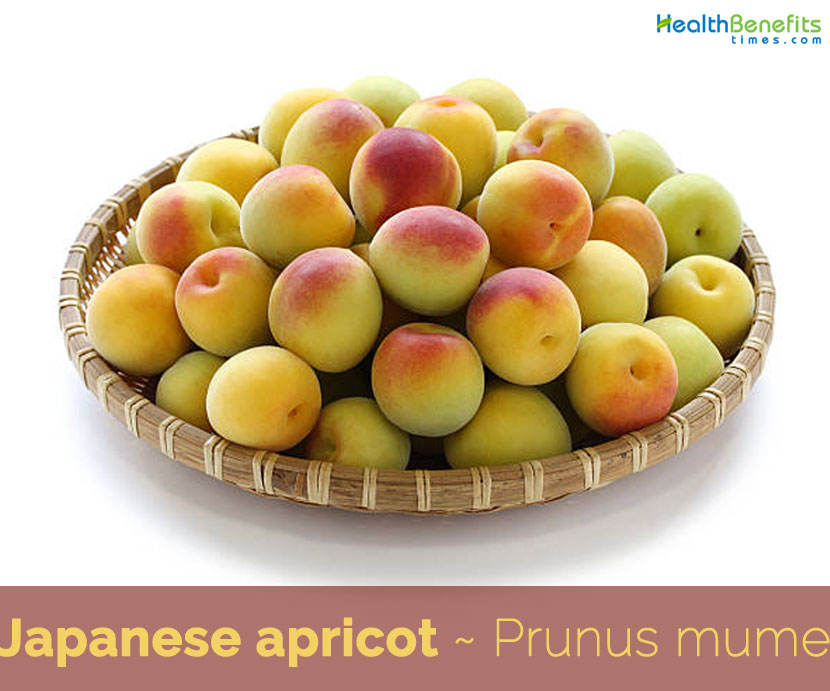 Japanese apricot scientifically known as Prunus mume is an Asian tree species classified in the Armeniaca section of the genus Prunus subgenus Prunus and Rosaceae (Rose family). The plant is native to China (western Sichuan and western Yunnan), Japan, Korea, north Laos and North Vietnam. The species is cultivated throughout most of China, particularly in areas south of the Chang Jiang. Few of the popular common names of the plants are Chinese plum, flowering plum, Japanese flowering apricot, Japanese plum, smoked plum, ume, winter plum and Japanese apricot. Genus name comes from Latin means plum or cherry tree. Specific epithet is a variant of the Japanese name umi for a species of Prunus.

This distinct tree species is related to both the plum and apricot trees. Although generally referred to as a plum in English, it is more closely related to the apricot. In Chinese, Japanese and Korean cooking, the fruit of the tree is used in juices, as a flavoring for alcohol, as a pickle and in sauces. It is also used in traditional medicine. The flower is usually called plum blossom. Flowers are used for decoration during the Chinese New Year, and are featured in the Chinese culture in other ways as well. The tree’s flowering in late winter and early spring is highly regarded as a seasonal symbol.

Japanese apricot is a deciduous, bushy, rounded tree that normally grows about 4–10 meters (13–33 ft.) tall with a rounded form. The plant is found growing in thickets, forested slopes, beside streams, slopes along trails, sparse forests and mountains. The plant thrives in a well-drained moisture-retentive loamy soil, growing well on limestone. It prefers some lime in the soil but is likely to become chlorotic if too much lime is present. Younger bark is a glossy bright green, but matures to be smooth and grey to cinnamon-colored. Older trees have a gnarled branching structure and trunk.

Leaves are simple, alternate, ovate, deep green, and 4–8 cm long and 2.5–5 cm wide. The leaves have finely, sharply toothed edges and wedge-shaped bases. The underside of the leaves have fine hairs on the veins. The deciduous leaves may turn yellowish in autumn before dropping.

Locally, the bright, clove-scented blossoms open from January to March, before the leaves appear. Depending on the cultivar, flowers may be single or double, with petals in shades ranging from white through rose to dark pink. The flowers are insect-pollinated and are hermaphroditic, with three cream to yellow stamens associated with each petal. These red-sepaled flowers may reach up to 2–2.5 centimeters (0.79–0.98 in) in diameter.

Flowers are followed by yellow to orange, rounded drupes (fleshy fruits with a single seed). The fruits are 2–3 centimeters (0.79–1.18 in) in diameter with a groove running from the stalk to the tip and contain a stony seed. The skin turns yellow, sometimes with a red blush, as it ripens, and the flesh becomes yellow. The tart fruits are eaten and seeds are scattered by wildlife. The tree is cultivated for its fruit and flowers. Fruits may be harvested for use in making jams and preserves. 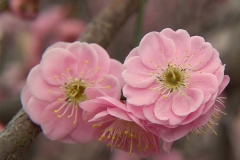 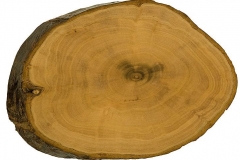 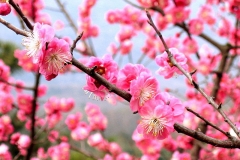 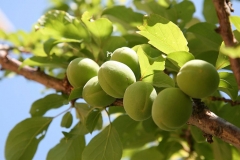 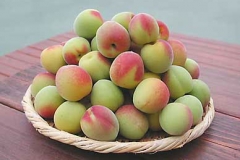 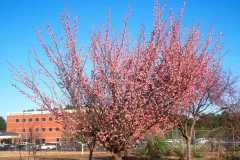 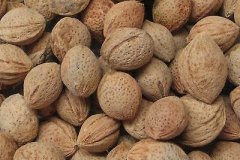 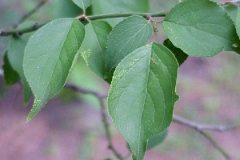 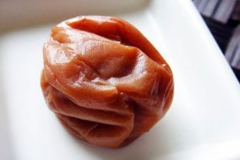 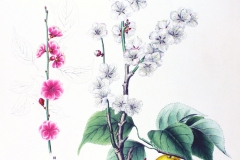 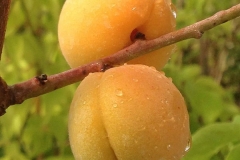 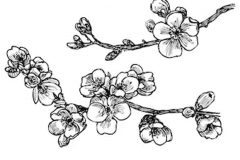 Japanese plum juice concentrate was found to help improve the ability of blood flow through the body. The fruit juice concentrate of Japanese plum was found to promote a healthy environment for the formation of smooth muscle cells in the heart. It was also found to protect heart cells from the damaging effects of reactive oxygen species. Reactive oxygen species are a natural byproduct of cellular metabolism that are extremely reactive in the body and can be damaging to cells.

According to one research Japanese plum extract has also been found to protect against the flu. However, it was only found to be protective against getting the flu before being exposed to the virus. It did not have an effect on reduction of flu-like symptoms after it was already contracted. Researchers suspect that the efficacy of the plum extract has to do with its lectin-like qualities, which allow it to bind to substances in the blood, preventing it from infecting its host.

The appropriate dose of Japanese apricot depends on several factors such as the user’s age, health, and several other conditions. At this time there is not enough scientific information to determine an appropriate range of doses for Japanese apricot. Keep in mind that natural products are not always necessarily safe and dosages can be important. Be sure to follow relevant directions on product labels and consult your pharmacist or physician or other healthcare professional before using.