Trending
You are at:Home»Fruits»Health benefits of Juneberry ~ Amelanchier canadensis 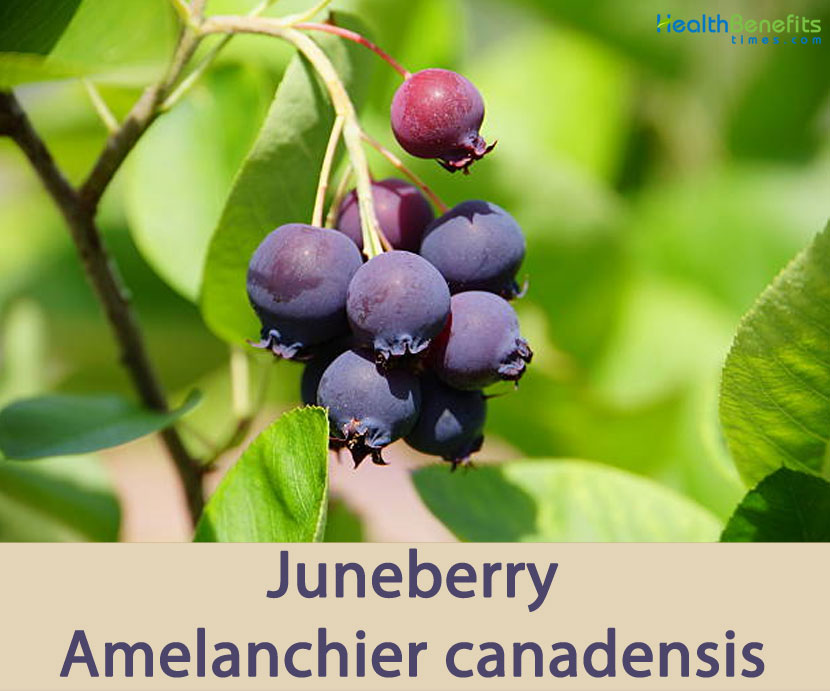 Amelanchier canadensis commonly known as Juneberry or serviceberry is a small multiple-stemmed tree or shrub belonging to Rosaceae (Rose family). It belongs in the Rosacea family, meaning that it’s related to roses. It is a genus comprised of more than 20 species of deciduous shrubs. This genus also includes saskatoons, which are grown commercially for fruit production in Canada and the North Central U.S. Unfortunately, saskatoons are not considered winter hardy in Kentucky and have serious leaf spot problems in this region. Most other species of Amelanchier are cultivated for use in landscape plantings; however, several of these ornamental cultivars show potential for fruit production. The plant is native to eastern North America in Canada from Newfoundland west to southern Ontario, and in the United States from Maine south to Alabama. It is largely restricted to wet sites, particularly on the Atlantic coastal plain. Fruit of Juneberry ripens in June, hence the name – Juneberry.

Juneberry is a small, woody, upright, twiggy, multi-stemmed large deciduous shrub or small tree that normally grows about 20 to 30 feet tall with a spread of 15 to 20 feet. The plant is found growing in swamps, low ground, woods, thickets, hedgerows and clumps. The plant prefers a rich loamy soil in a sunny position or semi-shade, but thrives in any soil that is not water-logged, too dry or poor, though it is more wet-tolerant than other members of this genus. It grows well in heavy clay soils and prefers an acid soil. The plant has several smooth, gray trunks that grow up to approximately 26 ft. tall (8 m) and 15–20 ft. (5–6 m) wide. They are ash-gray with dark stripes when young, and rough, with long furrows when older. Twigs are slender, flexible, red-brown in color, may be covered with fine hairs when young. Buds may be up to 1/2 inch long, pointed, covered with scales, and may have hairy margins, light yellow-green to reddish yellow. Bark is smooth when young, ashy-gray with darker (but faint) stripes; later becoming rough with long splits and furrows on mature stem.

The leaves are alternate, simple, oblong, finely-toothed, rounded at base, and rounded at the apex with a small, sharp projection. They are 3–6 cm long and 2–3 cm wide, with 10–15 pairs of main veins. The tip forms an abrupt point, the base is somewhat rounded and vein pattern is pinnate. The young leaves are covered with a soft, fine hair and will become dark green and smooth with age. The underside of the leaf is covered with soft white hairs. The leaves are folded lengthwise down the middle in the buds rather than arranged in overlapping scales. The leaves will only be half grown during mid-bloom.

The inflorescence is a short dense raceme, 2 to 3 inches long, at the end of the twigs before the leaves unfurl or with the leaves in the northern part of the plants range. The inflorescence can be quite hairy as the flowers and the new leaves open up. Most hair then drops away and the leaves become smooth on the upper surface.

The flowers of Juneberry are showy. The five white petals of the corolla are narrowly oblong, and the five lobes of the calyx are reflexed at flowering forming 5 conspicuous teeth which are hairy on inside and outside surfaces. Flowers usually have 19 to 21 stamens with yellow-green filaments and yellow anthers and the pistil from the ovary usually has 5 yellow-green styles (6 possible). Flowering normally takes place in between April.

Fertile flowers are followed by small, soft, pome (berry-like) clustered like the flowers on short stalks. They are initially green turning to red and finally mature to a dark purplish-black in late summer, depending on the species and cultivar. Each pome consists of about 4 to 10 seeds. While Juneberry seeds are larger and more noticeable than those in blueberry, they are soft and not objectionable. Seeds are red-colored, large, soft and shaped like teardrops. Fruits are edible. Seed needs up to 60 days cold stratification to break dormancy. Sow fresh berries or seeds in the fall and let them overwinter.

Although commonly eaten “out of hand,” juneberries are also ideal for jams, syrups, juices, pies, rolls, and sweetbreads. Berries can be dried and marketed as a product similar to raisins.  Juneberry starts to produce fruit 2 to 4 years after planting and reaches the peak (greatest quantity of the produced fruit) between the ages of 12 to 15 years. Under optimal conditions, Juneberry produces fruit until the age of 30 to 50 years. 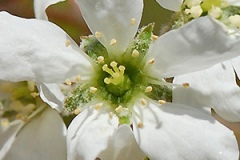 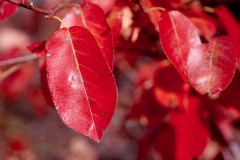 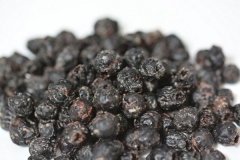 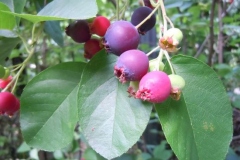 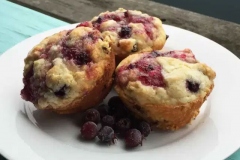 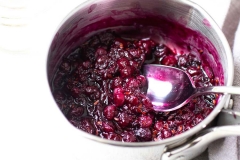 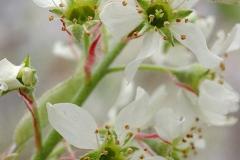 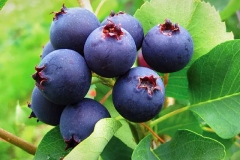 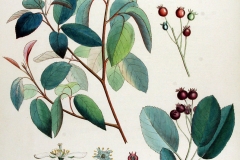 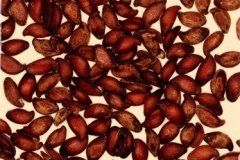 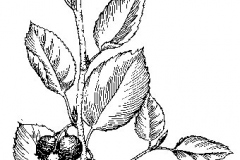 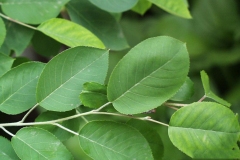 With so many ways to enjoy them, it can be very easy for you to make juneberries a part of your healthy eating habit. It’s for certain that you will enjoy plenty of health benefits for doing so because they are loaded with a variety of nutrients. Some of the benefits that juneberries offer include:

Vitamin C is one of the most abundant nutrients you can obtain from juneberries. Needless to say, enjoying these fruits on a regular basis can help in lowering your chance of having an infection, like the common cold and flu. Especially if you are leading a stressful life, strengthening your immune system with juneberries can be advantageous.

Other than making your immune system strong, vitamin C found abundantly in juneberries also helps make your skin remain looking young. That’s because vitamin is a role player in the synthesis of collagen. So if you want to keep unsightly wrinkles at bay, eat juneberries and other vitamin C-rich foods regularly.

Being loaded with vitamin C, consuming juneberries on a regular basis can also help keep your smile looking fabulous. It’s for the fact that vitamin C is important for healthy gums. If your gums are in a great shape, then it’s easy to keep your pearly whites strong.

Juneberries consists of good amount of calcium, and this is the reason why adding these blueberry-like fruits in your diet is great for keeping your lovely smile intact. Calcium also helps in strengthening the bones, and that’s why regularly eating juneberries and other calcium-rich foods can help lower your osteoporosis risk.

Being rich in fiber, juneberries help remove cholesterol in the arteries. Apart from that potassium in juneberries helps lower your blood pressure, which is superb for heart disease prevention.

Other than promoting a healthier cardiovascular disease, fiber present plentifully in juneberries also helps in keeping constipation from striking. As a result of consuming juneberries regularly, the removal of waste products and toxins in your GI tract is facilitated. Also, your risk of having hemorrhoids can be lowered.

Juneberries are also very good at lowering a person’s risk of having deadly cancer. It’s for the reason that they’re very rich in antioxidants. In fact, some studies have shown that juneberries actually pack more antioxidants than blueberries and so many other types of berries that a lot of people are more familiar with.

Scientists say that there is another nutrient that can be found in higher amounts in juneberries than other berries out there, and it is protein. We all know that protein is important for building and repairing muscles, thus it makes you physically strong. By the way, protein is also necessary for the production of enzymes and hormones.

Traditional uses and benefits of Juneberry